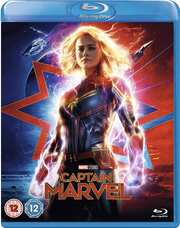 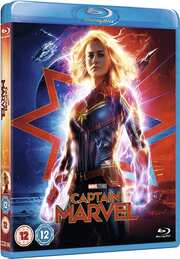 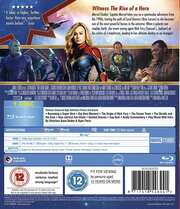 The Marvel Cinematic Universe took 22 movies and over ten years to build up to the two movie, mega event that was Avenger’s Infinity War and Avengers Endgame, bringing together some serious character development and long term story-telling. But you could say that the Special Effects Artists took just as much time and effort to build up to their magnum opus, this Captain Marvel movie. From early on in the MCU, the visual effects teams used make-up, and more significantly digital tools to alter the ages of their actors, a process I facetiously call Digital Youthification. It wasn’t always successful, with the uncanny valley showing on more than one occasion. But we did see small scenes, cameos almost with a Brat Pack era Robert Downey Jr., Kurt Russell just after he had graduated from Disney family movies, and Michael Douglas looking as if he’d walked off the set of Wall Street. But these were just short scenes. With Captain Marvel, it was time to see if a digitally youthified character could carry a whole movie. Set in the 90s this would be among other things, Nick Fury’s origin story. There’s no room for the uncanny valley here!

Vers is a hero of the Kree, and also a victim of the long war between the Kree and the insidious shape-shifting Skrull. She has no memory of her past, but has been gifted amazing power by the Kree Supreme Intelligence. When a mission to extract an intelligence agent goes wrong, and Vers is captured by the Skrull, the interrogation that ensues jars hidden memories of a past life on planet C53. The Skrull are seeking a powerful weapon, supposedly on C53, and when Vers inevitably escapes her captors and their ship in an escape pod, the pod crashes onto C53, straight into a Blockbuster Video. Despite her orders, Vers is determined to complete her mission to stop the Skrull infiltration of Earth, but as she spends more time on this planet, more of her memories return.

Captain Marvel gets a 2.39:1 widescreen 1080p transfer, with the choice between DTS-HD MA 7.1 Surround English, Dolby Digital Plus 7.1 Surround French and German, and DD 2.0 Stereo English Audio Descriptive, with subtitles in these languages and Danish, Dutch, Norwegian, Finnish and Swedish. Other than an early, alien world action sequence that seems overly dusty and murky, the image for Captain Marvel is clear and sharp, with rich consistent colours, and excellent detail. The English surround track is nice and immersive, making the most of the action while keeping the dialogue clear. Set in the 90s, we have some seriously catchy music, and not too shy of Britpop either. As for the digital youthification... It doesn’t hurt that Samuel L Jackson has a picture of a decrepit ancient man in his attic, and the digital artists don’t have to do too much to give both him and Clark Gregg (Agent Coulson) digital facelifts. It actually works in this film, there are no moments that jar you out of the experience, and any questionable moments can easily be put down to excessive make-up rather than a digital glitch.

You get one disc in a BD Amaray case, which boots to an animated menu. You can watch the film following an optional Introduction from Co-writers/Directors Anna Boden & Ryan Fleck which lasts 1:51. On the disc you’ll find the following extras.

Well, the nineties are retro now. Thankfully I managed to avoid the usually inevitable depression that arises when I realise that what feels like yesterday is actually thirty years ago, although just writing this sentence risks it once more. But I did have a great time reminiscing, loving the music, reminded of the world as it used to be, of video shops and internet cafes, a world without smart-phones and streaming services. Although how they managed to get through an ‘alien encounter’ story without referencing The X-Files boggles the mind.

There were two MCU movies between Avengers Infinity War and its direct sequel Avengers Endgame. Ant-Man and the Wasp revealed what Ant-Man was up to while the events of Infinity War were unfolding, explaining why the character wasn’t present in that film. Captain Marvel on the other hand has the job of introducing a character who will have a significant presence in Endgame, and is consequently set in the past, back in the nineties. It serves as an origin story for Captain Marvel, and introduces audiences to the character, saving its kiss with the Avengers story for the end credit stings, also explaining one of the end credit stings of Infinity War in the process.

The film begins across the galaxy, in the middle of a war between the Kree and the Skrull, introducing the protagonist Vers, and beginning her journey to becoming Captain Marvel. She and her fellow heroes serve the Kree against the Skrull, but her perceptions begin to change when a crack appears in the wall of amnesia obscuring her past, something which leads to planet Earth, where the Skrull have already infiltrated. Investigating the Skrull motives, she runs into a young agent of SHIELD, Nick Fury, who has a rude awakening to the realities of the universe, in a job he thought merely meant protecting civilisation from foreign and domestic dangers from the planet alone.

Captain Marvel has a rather predictable story; it maybe does a little too much in the way of foreshadowing in the first act (although given the deleted scenes it could have been much worse), and it plays it rather safe as it caters to audience expectations. Having said all of that, Captain Marvel is a whole lot of fun, with a great central character in Vers/Carol Danvers/Captain Marvel, and with Samuel L. Jackson dependable as Nick Fury, delivering just the attitude and style that the character is known for. The film’s dry sense of humour really works well, while the action is impressively accomplished as it is in the rest of the franchise. And once again, I must say that I really relished the nineties nostalgia in a way that I wasn’t expecting. Once again, the Blu-ray experience is wholly impressive when it comes to the AV, while the extras are quite useful.