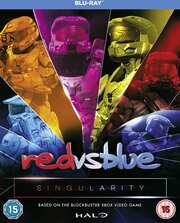 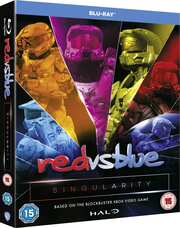 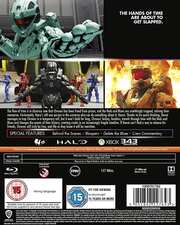 Review for Red vs Blue Singularity

I’ve mentioned before just how badly the release of Red vs. Blue: The Shisno Trilogy has been. While the UK eventually got this Season 17 release, the final part of the trilogy, the first part missed the UK and had US and Australian releases instead, while the second part of the trilogy was released in the US alone. That’s bad at the best of times, but with the narrative across this trilogy tighter than ever before in the Red vs. Blue franchise, it was the kiss of death for Red vs. Blue in the UK. Suffice it to say that I eventually picked up this Blu-ray second hand for a couple hundred pennies in a CeX, and there is an important reason for that. 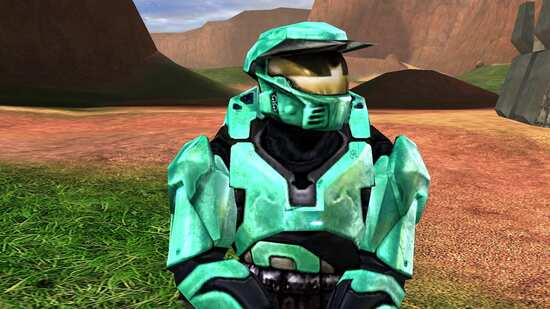 But there may be bigger problems when it comes to Rooster Teeth and Red vs. Blue. The company had a gradual, but impressive climb to success on the back of this Machinima series, and on shows like RWBY and Gen:Lock, producing a couple of impressive independent feature films as well. The company grew pretty rapidly, and wound up being bought by Warner Brothers. But that fall has been even more rapid than the climb, with a couple of scandals rocking the company, and some people who were with Rooster Teeth from the beginning have been let go; among them Joel Heyman, who has been the voice of the iconic Caboose right from the beginning. There has been a Red vs. Blue release since then, but Season 18 features different characters. And for me, no Caboose means that Red vs. Blue is as good as dead as a franchise. 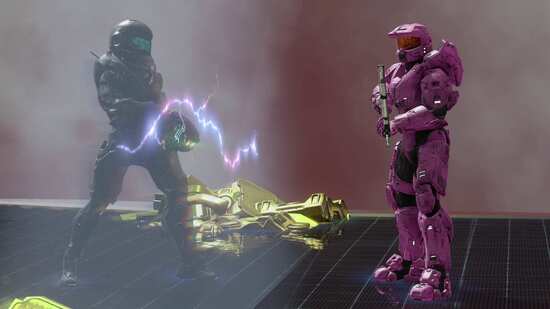 The Blues and Reds rampaging across the universe in a crime-wave may have failed to draw out the Reds and Blues they were impersonating, but a message from Church did just that, setting them on a mission that ended tragically, although it did also give them access to time travel technology. And it all went wrong when Donut inadvertently almost released the vengeful ‘God’ of Time Chrovos from his eternal prison. Now the Reds and Blues are trapped in a paradox, reliving moments from their past, as the fabric of reality collapses around them. And it’s up to Donut to save the universe. 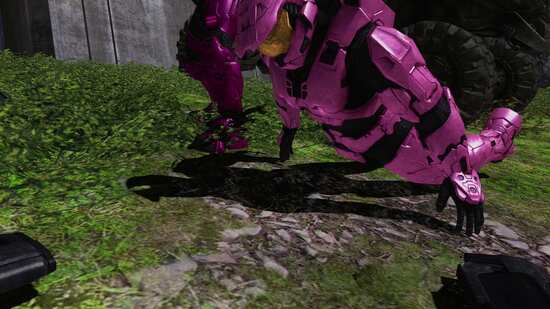 For this release Red vs. Blue gets a 1.78:1 widescreen 1080p transfer. Given that the footage is captured from various X-Boxes, I suspect that there has been some sort of conversion from the interlaced format, but I saw no sign of this until the end credit scroll, which was a little jerky. You’re essentially looking at videogame footage here (with a few moments of studio animation), which is as good as a console can render, so if I were still qualified, this would be where I’d be whinging about polygon counts, texture maps, draw distances and clipping and the like. Since I’m about fifteen years out of date for that, I’ll just say that Red vs. Blue looks pretty good, and graphical glitches are few and far between. Whether that’s a compliment to Rooster Teeth or Microsoft or Bungie, I don’t know. It’s all clear, and sharp, and watchable throughout. 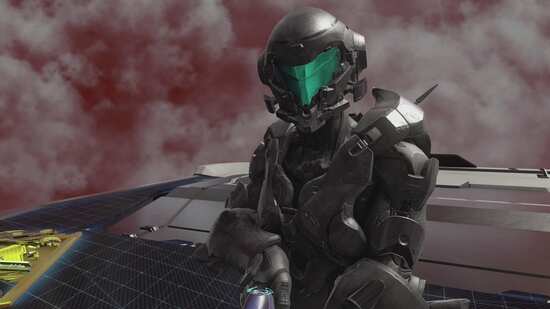 Red vs. Blue The Shisno Paradox gets a DTS-HD MA 5.1 Surround audio track, with optional English and French subtitles. The audio is really quite good, immersive and with a decently designed surround soundstage. The action is presented well, and the presence of subtitles is useful for a couple of goofy voices and accents. Coupled with surreal dialogue, subtitles really are useful for understanding Caboose at times. 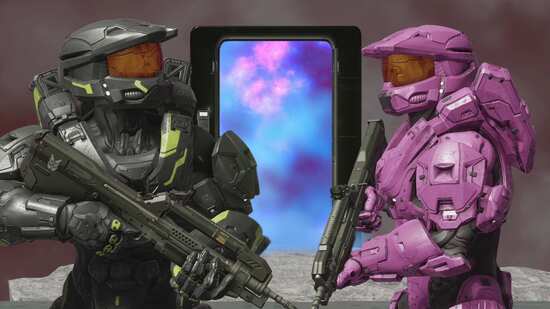 This Warner Brothers UK release comes with one disc in a BD Amaray case, wrapped in an o-card slipcover that matches the case sleeve art and blurb. The disc boots to a static menu and you’ll find the following extras on the disc. 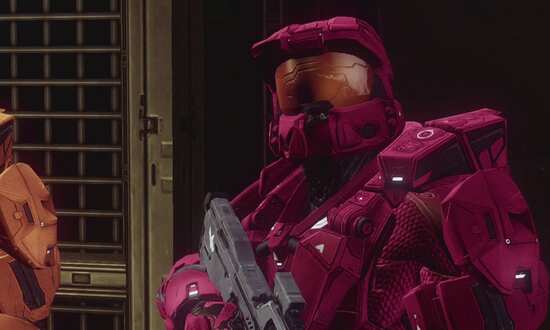 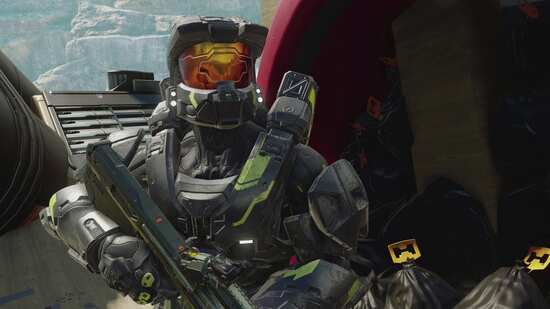 Oh dear! If this is the last that I’ll partake of Red vs. Blue, then this really is a sour note to go out on. Singularity isn’t good at all, which given how much I’ve enjoyed the rest of the franchise is a real disappointment. It normally wouldn’t be an issue, but the logistics of owning this release really is the biggest problem to begin with. This is the most reliant that the Red vs. Blue franchise has been on continuity, even more so that the Chorus Trilogy. Yet this final part of the Shisno Trilogy is all that you’ll find in UK retail, and you’ll have to import the first two parts. On top of that, Singularity makes constant reference and call-backs to all of Red vs. Blue, all of the previous 16 seasons, not just the rest of the trilogy. And recall that all that was released in the UK was the Chorus Trilogy and Season 14 by Manga Entertainment, before skipping two releases to this one. 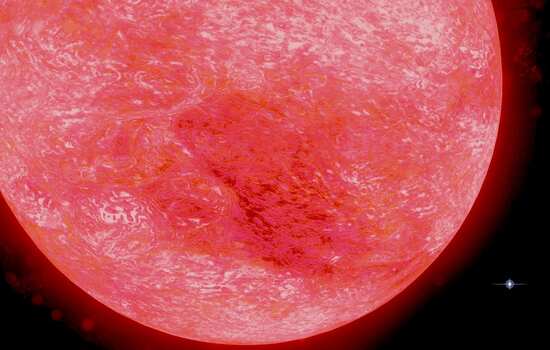 That’s 12 seasons of Red vs. Blue that you’ll have to import, and you’ll have a hard time finding the first few seasons at this point. You might argue that given that Red vs. Blue is all still easy to find online, on platforms like Youtube and so on, that it shouldn’t be a problem, but if you’re going to watch the show on streaming, why would you buy one solitary volume on Blu-ray? It’s no wonder that second hand and charity shops can’t get rid of this title. But as someone that has the earlier ten seasons, and the missing elements of the Shisno Trilogy alongside the UK releases, I have to say that it’s just too much content to be familiar with to get all the call-backs and references in Singularity. You’ll have to be some kind of Red vs. Blue Mastermind to try and enjoy this release. 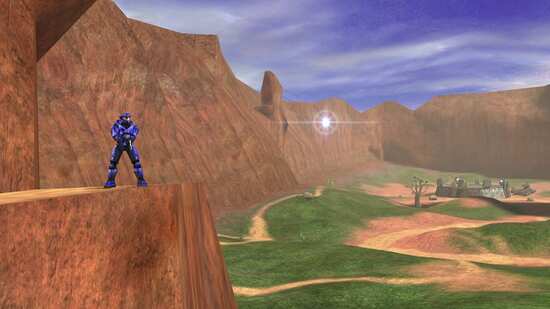 That’s always the risk when you start dabbling in Time Travel narratives. Time has broken, the universe is in peril, and the Reds and Blues are reliving moments of their pasts, suffering from increasing degrees of déjà vu. Donut alone has survived outside of time, and he has to repair the damage, by undoing all the changes made to history and breaking the paradox. He can ‘leap’ from moment to moment, but getting the Reds and Blues to escape from their time traps isn’t easy, especially when Chrovos’ grandson Genkins is also hopping across time to thwart Donut. 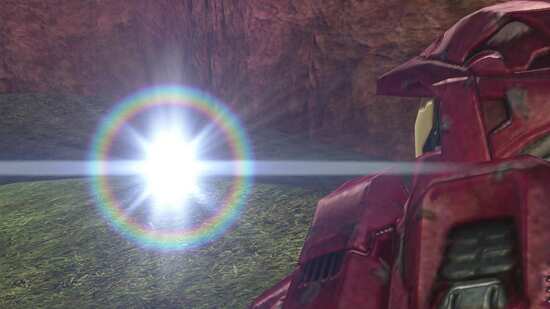 It should be quite a straightforward story, but really, I found Singularity to be overly convoluted and tedious, one instance where the narrative overwhelmed the silly character antics that have always been the best part of Red vs. Blue for me. Given that the mission is essentially to undo all the time travel damage that has occurred to this point, it is effectively one whopping Reset Button trope, which is something I always dislike in time travel stories. For me it feels as if it negates the trilogy, and makes me feel as if I’ve wasted the six-odd hours I invested in it. It’s completely subjective and emotional I know, but it does feel as if the show is trying to ‘erase’ itself from my memory. 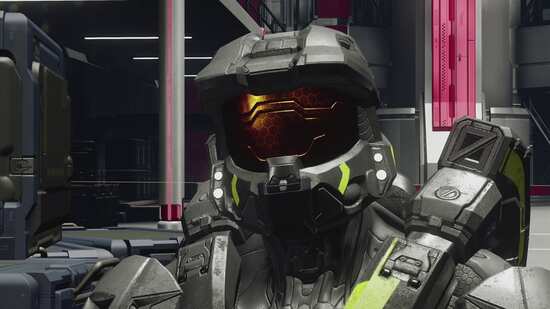 When it comes to ‘failures’, I usually praise those productions that aim high and fall flat, above those that settle for mere mediocrity, and you cannot say that with its complicated and twisty narrative that Red vs. Blue: Singularity plays it safe at any point. But this is an example of a story that is too smart for its own good, and in the process forgets what actually makes the franchise appealing to begin with. It’s a depressing note to end my Red vs. Blue journey on, as I doubt I’ll get Red vs. Blue Zero at any point, but at least I have the earlier seasons to indulge in once more. If you’re in that same rare position that you’ve bought all the UK releases, and imported everything else, then I can only recommend this release for the sake of completion. Otherwise, I can think of no reason to buy it.