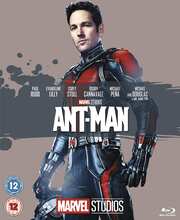 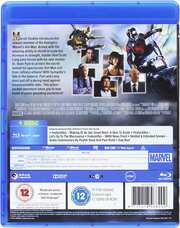 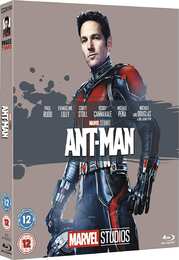 Blu-ray
Doctor Strange in the Multiverse of Madness
Related Articles

Here’s a peculiar hang-up of mine. When I see or hear about Marvel’s Ant-Man, I’m always put in mind of “Mant”, the b-movie monster that terrorised a cast of z-list actors in the eponymous imaginary Corman-esque film at the heart of Joe Dante’s Matinee. Half man, half ant, all terror! It’s a bizarre hang-up to be sure, but that really is the reason why it’s taken me this long to watch Ant-Man, Marvel’s final entry into Phase Two of the MCU. 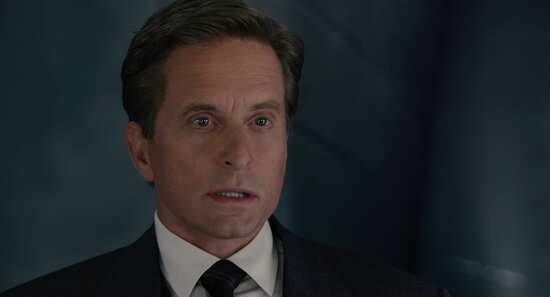 Scott Lang has just got out of prison. The cat burglar made the news when he ripped off his former employers after they buried his whistleblower complaints, but now he’s simply determined to go straight for the sake of his daughter Cassie. It’s not easy for an ex-con to get a job, and it’s even harder to get close to his daughter now that his ex-wife is living with a cop. It isn’t long before desperation makes him think of crime again. Fortunately one of the friends he made in prison has a tip to an easy job. 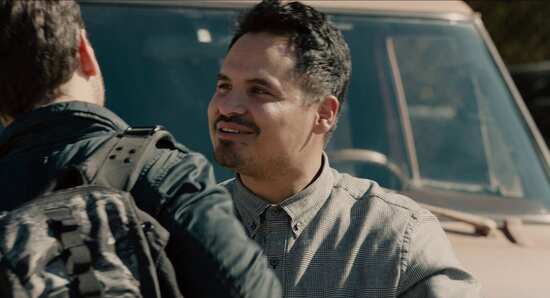 Burgling Hank Pym’s house is a bad idea though. Pym is a scientist who used to work for SHIELD before disagreements led to him setting up his own company, a company from which he was forced out by his protégé, Darren Cross. What Hank Pym created was revolutionary; something Lang discovers first hand when he tries on the suit he steals from Pym’s house, a suit that shrinks him down to the size of an ant. It was a secret that Pym was willing to take with him to the grave, but now that Darren Cross is on the verge of recreating Pym’s research, potentially throwing the world into chaos, Hank Pym needs someone to wear the suit and save the world. And Scott Lang just got recruited. 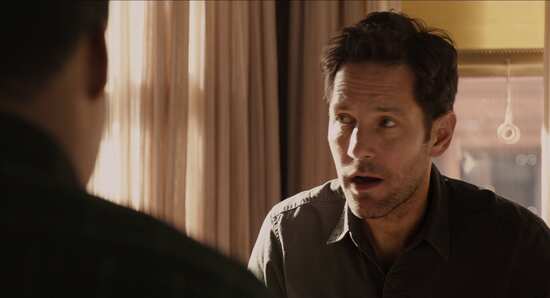 Ant-Man gets a 1.85:1 widescreen 1080p transfer with the choice between DTS-HD MA 7.1 Surround English, DTS-HD Hi-Res 5.1 Surround German and French, Dolby Digital 5.1 Surround Turkish, and Dolby Digital 2.0 Stereo English Audio Descriptive. There are subtitles in these languages and Arabic, Danish, Dutch, Finnish, Norwegian, and Swedish. I sound like broken record at this point, but once more, a recent film gets an impeccable transfer onto Blu-ray. The image is clear and sharp, detail levels are excellent, and once more a Marvel movie gets a slightly muted palette, which helps ground the comic book fantasy in some level of reality. The audio is immersive and impactful, making the most of the multi-scale action (flying ants sound like helicopters) and the eclectic music soundtrack, while keeping the dialogue clear. Digital youthfication makes another appearance here, getting better than before, although people’s voices apparently can’t be similarly de-aged. 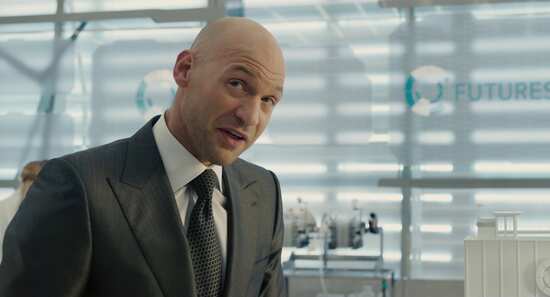 You get one disc in a BD Amaray style case, and the disc autoplays with a trailer for Avengers: Age of Ultron before booting to an animated menu. On the disc you’ll find the following extras. 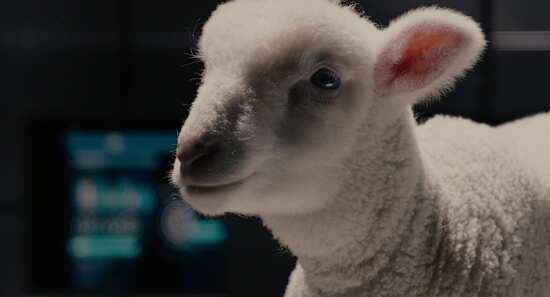 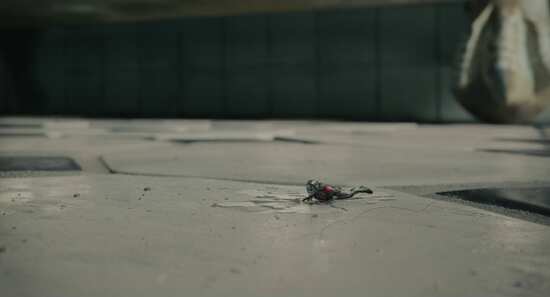 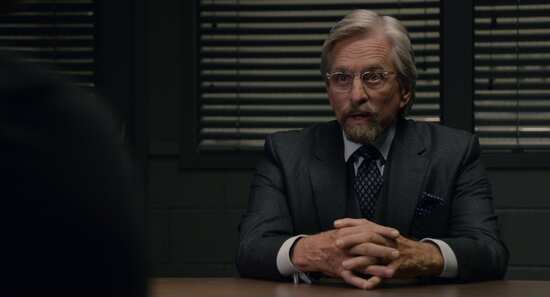 I think this is where we came into the Marvel Cinematic Universe. Like Iron Man we have a company threatening to sell dangerous tech to the world in opposition to the wishes of the company founder/owner. But Ant-Man turns out to be one of those films that I look forward to in the MCU, a film which takes the comic book genre and twists it into something else. This time, Ant-Man is a heist movie, with a healthy dose of comedy, albeit with comic book characters and storylines. 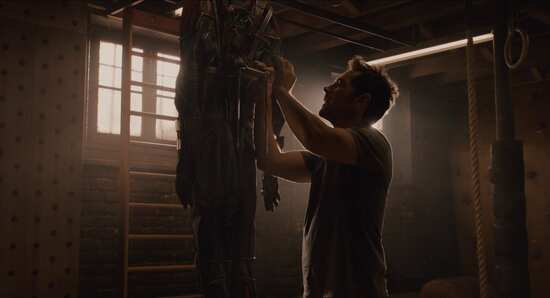 There’s something about the concept of shrinking that demands a comedy mindset. It’s why I appreciate films like Innerspace and Honey I Shrunk the Kids more than Fantastic Voyage. Even the Star Trek Deep Space Nine episode, One Little Ship is played for laughs more than the typical Star Trek episode. Right from the opening scene, where Scott Lang goes through the atypical ritual for leaving prison, you can tell that Ant-Man is of a more comedic bent than the usual MCU offerings, with only the off-world movies (Thor Ragnarok and the Guardians of the Galaxy movies) rivalling it for laughter. Most of the other films, Thor, Iron Man, Captain America and so on are more serious affairs. 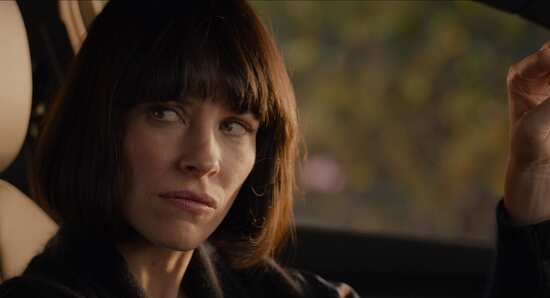 While the stakes may be high, with the villain of the piece eager to sell the shrinking tech to the wrong folks, the film plays on a delightfully smaller (pun not intended) scale. It’s about an estranged father looking to stay in his daughter’s life. He’s an unlikely hero who’s tempted into the wrong place at the wrong time, to be recruited into a hare-brained scheme to thwart the villain. Of course the plan involves breaking into the corporate HQ to steal the tech and prevent anyone from recreating it, and eventually the plan demands that Scott recruit some more people into the team. His friends aren’t exactly the most professional criminals around. 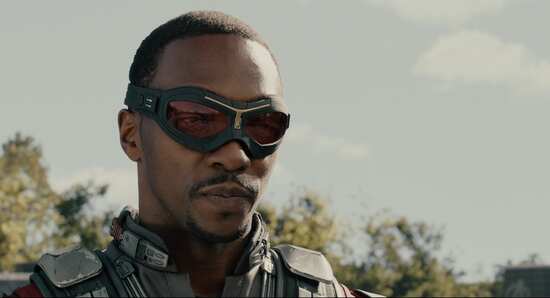 There’s also a fair bit of fun seeing Scott go through the training montage to learn how to use his new shrinking mojo, gain the kung-fu required by any self-respecting superhero, and also how to wrangle swarms of domesticated ants to support his super-heroing. And of course the special effects, coupled with the sense of humour and delightful story choices, make for a very entertaining contrast between the micro-scale and macro-scale worlds. Throw some shrink and expand weaponry into the mix, and there are plenty of surprises to appreciate in the film. 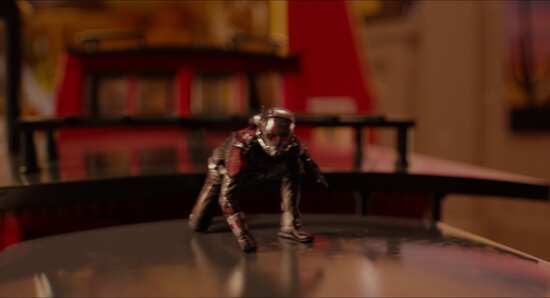 About the only cliché to try and nudge me out of my suspension of disbelief is the ‘cross the streams’ moment. When during the training, Scott is warned never to shrink beyond the atomic scale; you know that is exactly what will happen. But as apparently this sets up the first Ant-man sequel (and indeed the second), it’s easier to forgive. Ant-man is another Marvel Cinematic Universe movie to offer more than just another comic book film, and the result is a very entertaining and well put together romp, which on this Blu-ray offers just the home video experience that you’d want.