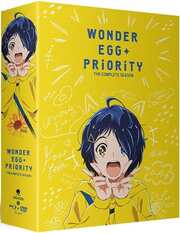 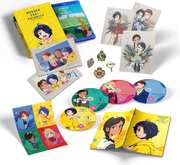 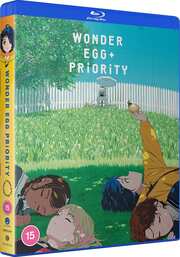 This is one of those “judging a book by the cover” situations, or rather judging an anime by the sleeve blurb. Sure there is mention of childhood suicide, and a trigger warning to that effect on the discs, but the talk about girls finding Wonder Eggs, and the “magic within” put me in mind of a generic magical girl show, Cardcaptor crossed with Angelic Layer sort of thing, and I paid the show no further mind. It was a misprice at Amazon that twisted my arm. I’m a sucker for collector’s editions, and a brief period where it was given the standard edition pre-order price of £15 opened my wallet. And then I watched the first episode. This is nothing like a generic magical girl show. 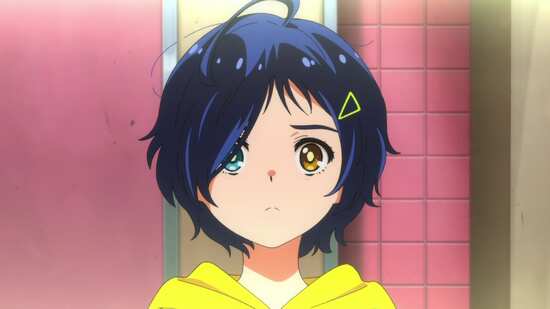 Ai Ohto was an introverted girl to begin with, self conscious about her heterochromia (different coloured irises), and only able to make one friend in school, a girl named Koito. But when Koito committed suicide, Ai became totally withdrawn, stopped going to school, and became a shut-in, worrying her mother, and prompting regular visits from her teacher. 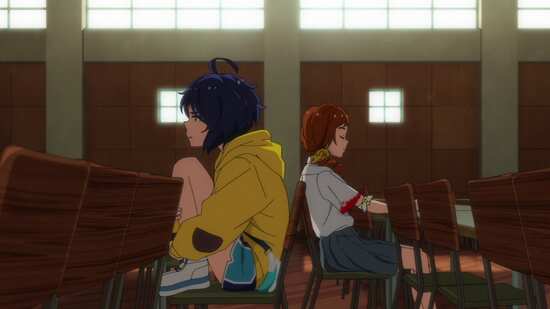 All of that changed the day she bought a Wonder Egg, what seemed to be the kind of toy that you get from automated dispensers. But these are no toys. They’re some kind of magical egg, which if cracked releases the spirit of a girl that died by suicide into a reality constructed in Ai’s dreams. Ai then has to protect that girl from the monsters that tormented her in life. If she manages that, then she’ll be one step closer to bringing Koito back to life. But damage and injury sustained in the dream world manifests in reality. Now Ai has a mission, to bring her friend back, and it turns out that she isn’t the only one dealing with the Wonder Eggs. 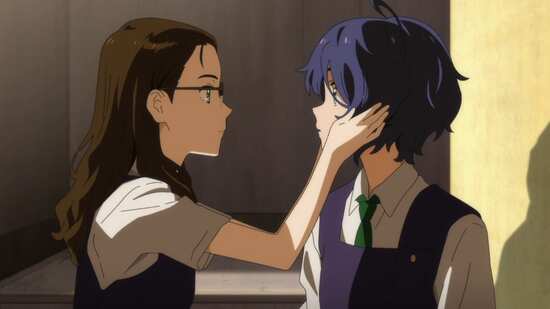 The Limited Edition is a Blu-ray/DVD combo release with a fair number of physical extras. For the purposes of this review, I watched the show on Blu-ray. There are thirteen episodes across two discs, including the double length final episode. 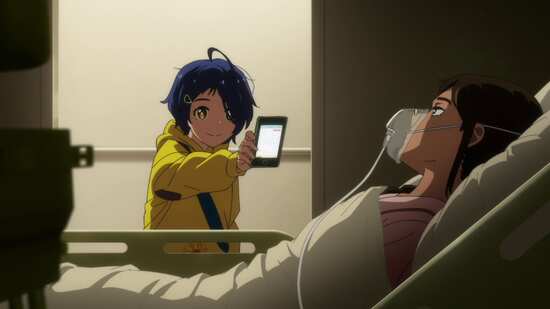 Disc 2
8. The Happy Friendship Plan
9. A Story No One Knows
10. Confessing
11. An Adult Child
12. An Unvanquished Warrior
13. Special Episode: My Priority 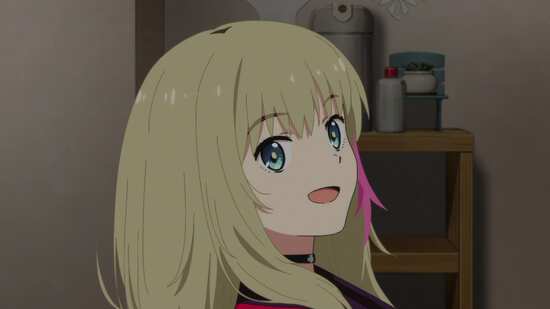 Wonder Egg Priority gets a 1.78:1 widescreen 1080p transfer on the Blu-ray discs in this collection. The transfer is a good one, clear and sharp, with excellent detail and rich and consistent colours. And in this instance, the show really deserves it. The world designs are lavish and complex, rich with detail and well accomplished, both the real world locations, and the fantasy realms. The character designs too are given a great deal more attention than the usual generic anime character designs, but most impressive of all is the quality and detail in the animation. This is far beyond the usual TV anime, and it exceeds even most theatrical anime presentations. There is so much observation of character in how they move that they look like acting performances rather than mere anime. The production values are through the roof on this show.

You have the choice between Dolby TrueHD 5.1 Surround English and 2.0 Stereo Japanese, with English subtitles and a signs only track locked during playback. I was happy enough with the Japanese audio, with the actors suited well to their roles, and the show getting a really effective music soundtrack, with a couple of very emotive theme songs to reflect the show’s tone. The subtitles are accurately timed and free of typos, but this is another instance of an unnecessary translation from English to English that gets under my skin. The end theme song is called Cider, and as you might expect, the English word does pop up in the actual song, at which point the translated subtitles flash up “soda pop”. What is wrong with these people? 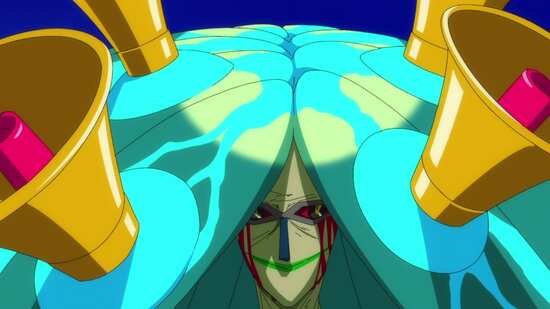 You get four discs held on either side of two hinged panels in a BD Amaray style case. There is some nice inner sleeve art, and a leaflet with a digital code for the show. This is all wrapped in an o-card slipcover, and slipped in a thick card artbox, with a peel-off-able blurb sheet that you can subsequently store inside.

You get a 64 page artbook for the show which as well as art, is rich with character and monster profiles, creator interviews and key items and artboards. 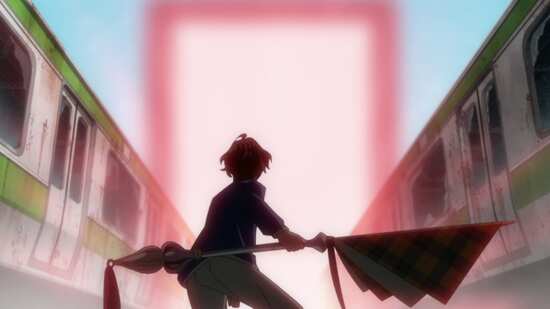 The Blu-ray discs present their content with animated menus, and the first episode is followed by a translated English credit scroll. 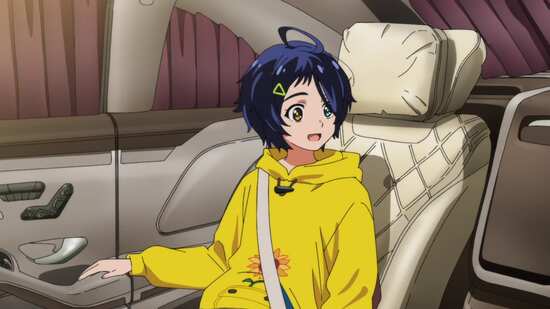 The extras on disc 2 comprise the following. 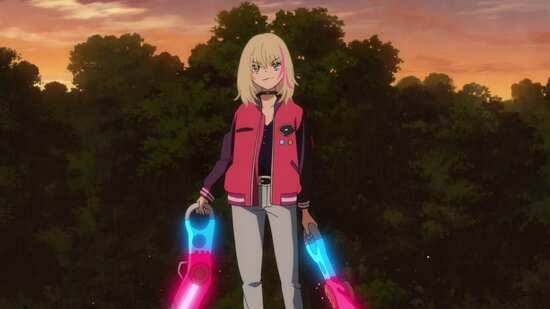 Wonder Egg Priority is one of those shows, like Neon Genesis Evangelion and Puella Magi Madoka Magica that take tried and trusted anime genres, and twist and subvert them into something that transcends those origins. Take a look at the premise of Wonder Egg Priority, with young girls, attempting to save their respective friends, by buying Wonder Eggs and going into their dreams to protect the people within those eggs from various monsters. It is obviously fantastic, but in terms of the anime medium, it’s a premise that sounds mundane, and even entry level, a gateway show that fans would watch on Saturday mornings. Wonder Egg Priority subverts all of this, infusing the show with adult themes and dark, ominous imagery. It does this in a way that makes it something completely different, and not for the faint of heart at all. 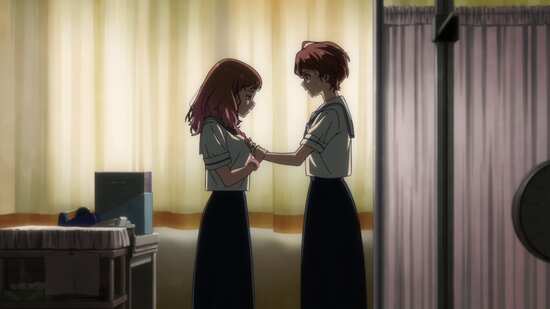 It’s right there when you insert the disc, the disclaimer warning that this show delves into topics regarding self harm and suicide. And it’s not just a passing fancy for an episode or two, this is at the heart of the story. On top of that, it’s about the suicide of teenage girls, an emotive and even triggering topic, The show’s protagonist, Ai Ohto is a young girl who after being bullied, now stays home from school, isolated and introverted. She did have a friend, Koito who appreciated her differences rather than ridicule them, but she too was bullied, and it’s when Koito killed herself that Ai quit school. 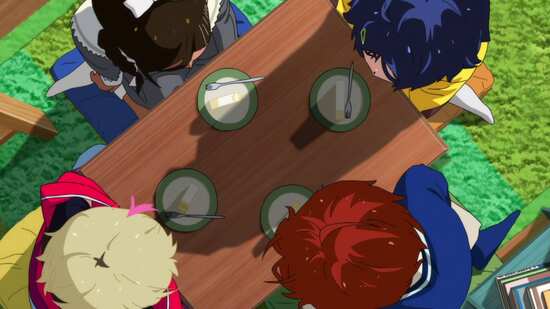 It’s more complicated than that, as both Ai and Koito had the same crush, the school art teacher Mr Sawaki, and things weren’t the same between the friends after he drew a portrait of Ai for an exhibition. And on top of that, Mr Sawaki keeps visiting Ai’s home, ostensibly to see how she’s doing, but really more to spend time with Ai’s mother. And all that Ai wants to know is just why Koito jumped from the school roof. 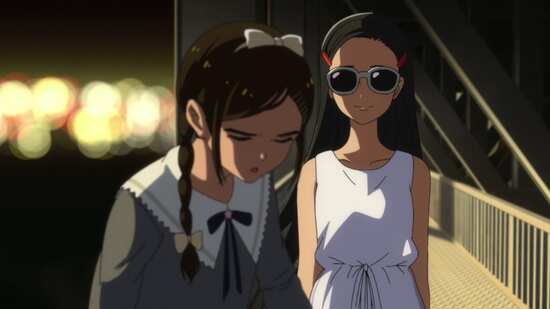 She gets the chance to have that question answered when she encounters the Wonder Eggs, the toy like objects that come from a strange vending machine. She finds that she can take these eggs into her dreamscape (a recreation of her school), and if the egg is broken there, a girl’s spirit hatches from it. It’s up to her to protect that girl from the monsters in her dreamscape, but these monsters are specific to the girl from the egg. For the girls all committed suicide, and the monsters are reflections of the reasons why, the people that drove them to it. If Ai can save enough of these spirits, she’ll bring Koito back to life. 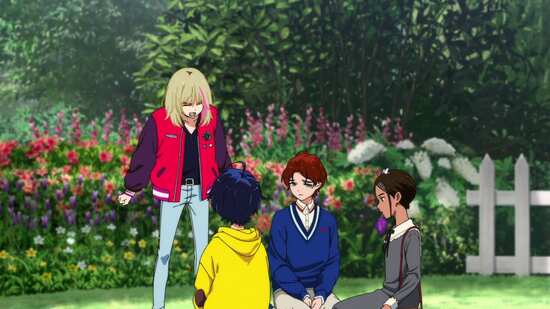 She learns all of this from a pair of faceless beings, Acca and Ura-Acca, ambulatory mannequins who sound like middle aged men. And it turns out that she isn’t the only one on such a mission. There are three other girls fighting monsters in their dreams to save the spirits of girls that killed themselves, all to resurrect a special person in their lives. Neiru is an enigmatic, rich girl who’s trying to save her sister, Momo is a boyish girl trying to save the girl whose love she shunned, and Rika is a former idol who abused the adoration of one of her fans. The four gradually become friends over their shared adversity. 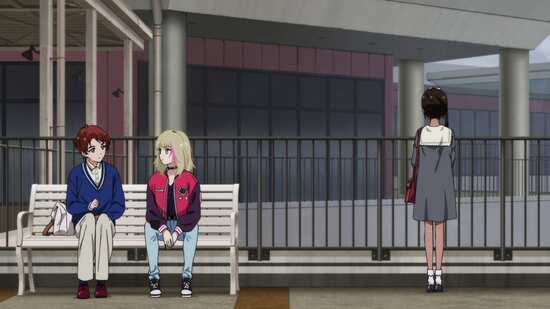 With teenage suicide at the heart of the story, it gets pretty dark, despite the bright vivid nature of the animation. The nature of the show is episodic at first, and it goes into some contemplation of the motives of the girls that died, if it’s bullying, peer pressure, abuse, low self-esteem, or unrequited love. It turns out that there are plenty of motives, and just as many monsters out there, and the heroines saving these lost souls, trying to resurrect their friends, are just as prone to such feelings as the people they fight for. 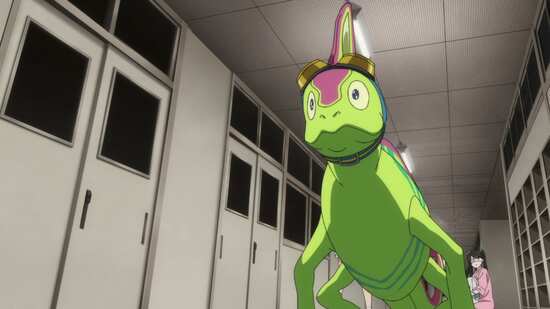 Just when you think that it couldn’t get any more bleak a story, the secret behind the Wonder Egg “game” is revealed, and it turns out that the pair of Acca and Ura-Acca aren’t just guides for the girls, they are responsible for the whole thing, motivated by their really horrific lives, a quintessential example of love perverted into hatred, an act of creation gone horribly wrong. Wonder Egg Priority is a show that tugs at the heartstrings by its very nature, but come the final few episodes, it abandons such subtlety, and tries instead to tear your beating heart from your chest. It’s only the final development with Neiru that seems like a twist too far, but a bigger issue is that it doesn’t really have a satisfying conclusion, leaving a few too many plot threads hanging, a few too many questions unanswered. Thankfully, the way that the story motivates and develops Ai’s character makes that final twist and the narrative missteps easier to forgive. 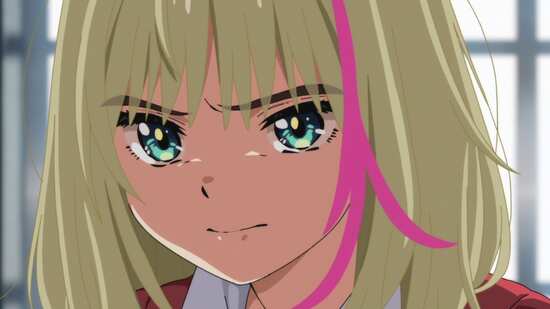 I always look forward to shows like this that completely transform their genres. Your Evangelions, Gurren Laganns, and Madoka Magicas are few and far between to begin with, so that each such show feels like an event, even a seismic shift in the anime industry. Wonder Egg Priority didn’t make as many waves as those titles; I certainly didn’t hear as much noise about it, but the quality of the show is apparent from the first frame. The animation is excellent, the characters are thoughtfully written, and the story is hard-hitting without ever being exploitative. It’s the comparatively disappointing conclusion that ultimately lets the show down. But if the journey is more meaningful to you than the destination, then you really should look up Wonder Egg Priority.