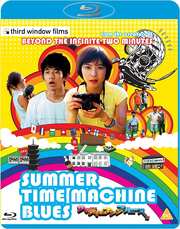 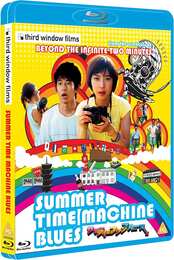 There’s something you should know about me, if you don’t know this already. With most movies, I’ll sit there watching it, waiting for it to impress me. But if a movie has time travel in it, I’ll be sitting there, waiting for it to disappoint me, and these movies rarely do. I love time travel, it’s just a great concept, thought provoking yet entertaining, and the one genre where not only don’t you mind plot holes, you’ll actively seek them out to ponder. Quite recently, Third Window Films released one of the most inventive and structurally brilliant time travel movies I have seen in Beyond the Infinite Two Minutes. Quite rightly, that release got much acclaim, and this summer, Third Window Films have got another Japanese time travel movie from Beyond’s creators for our delectation, although in some ways, Summer Time Machine Blues is a little more conventional time travel movie. 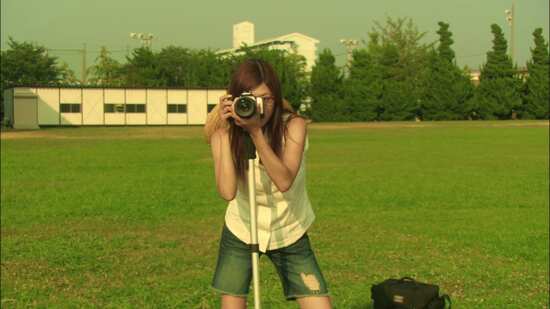 It’s summer vacation, but that doesn’t mean that a university’s extra-curricular clubs can’t make use of the facilities and their clubrooms. The sci-fi club’s five members are taking a day to play baseball, while the two girls of the camera club capture the game on film. But it’s an odd sort of day, with some strange occurrences, culminating in a remote control/fizzy drink confluence that leaves the clubroom sweltering in the summer heat. 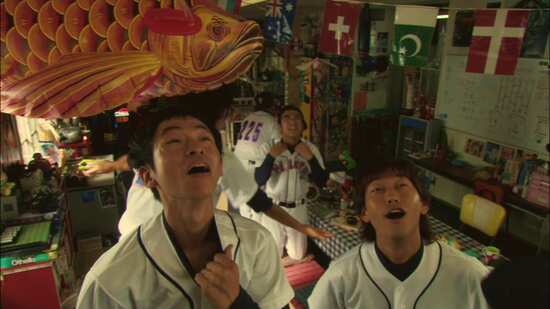 That’s nowhere near as strange as the next day, when a time machine appears in the clubroom. It seems like a prank at first, until they actually try it. It really is a time machine, and might just be the escape from their air-conditioning disaster. Soon, they’re travelling back to retrieve the remote control to the AC before it can be destroyed. But the time machine didn’t just show up; there’s someone from the future in town, and then the morose physics professor patiently explains the dire nature of paradoxes, and suddenly time travel no longer seems like a hoot. 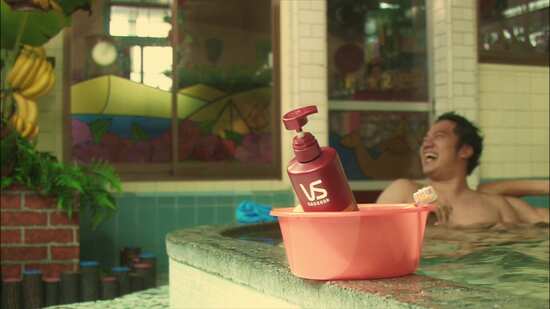 Summer Time Machine Blues gets a 1.78:1 widescreen 1080p transfer on this disc, with DTS-HD MA 2.0 Stereo Japanese with optional English subtitles. The film gets a clear and crisp presentation on this disc, detail levels are good. It’s a bright, colourful film, fitting with the summer setting, and saturation levels are high, especially when it comes to greens. Effects are lightly used, but this is a 2005 film, so some of the CGI can be a little creaky. The dialogue is clear, and the subtitles are accurately timed and free of typos. The stereo offers the film enough space, especially when helped with a little Prologic. The film gets a really nice, frivolous and fun music soundtrack, and I love the Tommy Heavenly theme song. 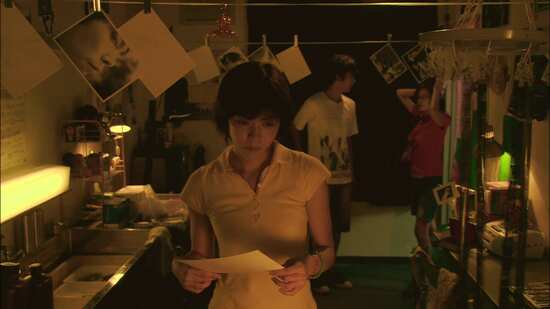 The disc boots to an animated menu and you’ll find the following extras on the disc.

This is a nice set of supplements for the film, and the short films here offer more time travel fun; really well done. 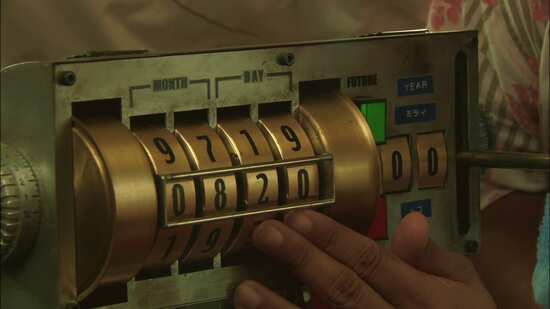 It’s taken seventeen years for this brilliant film to come here, and it does raise the question as to why it took so long. This film is so suited to Third Window Films’ style, quirky and inventive, that it would have been perfect alongside Kamikaze Girls and Memories of Matsuko when the label was first finding its feet. At least we have it now, straight to HD, and ideally suited for the summer season. The touchstone here is Back to the Future, a film which is referenced on more than one occasion in the film. It’s a fun, light, summer adventure movie, with an ensemble of vivid and well-written characters, plenty of time travel shenanigans, and a deftly constructed story, not too afflicted by those pesky plot holes. 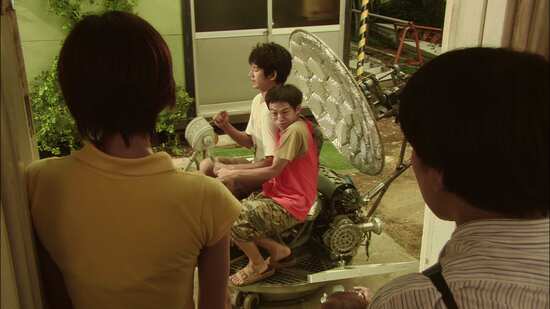 What makes Summer Time Machine Blues so special is how low the stakes are. This isn’t time travel to save a relationship, to rescue some whales, to cheat at the lottery; on the contrary, all our heroes want to do is to get a working remote control for their air conditioning unit during a sweltering summer. And even that modest ambition is enough to leave the fate of existence in the balance when paradoxes loom. It’s pure good fortune that some of them turn out to be predestined, and once again they are of the most trivial nature. 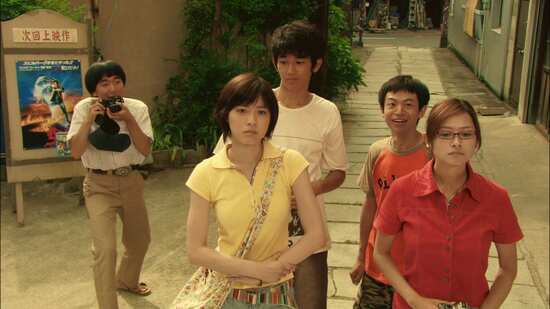 Summer Time Machine Blues is a delightful romp, silly, funny, smart, and deftly constructed, with some excellent editing and visual concepts used to make the story shine. The film also finds time for a little romance as well, which leads to a sparkling punchline for the film’s denouement. And like so many of these quirky films that Third Window Films have released, saying more at this point would surely invite spoilers, so that’s all I’ll opt to say at this point, leaving its most charming secrets for you to discover. 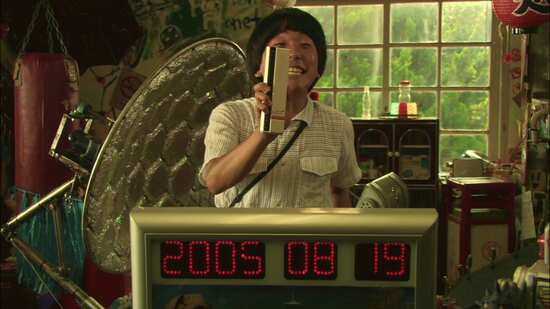 Yes, I am biased, and I love time travel movies, but Summer Time Machine Blues is such a well made, feel good movie that I defy even the most hardened hater of this genre of films to find anything negative to say about it. To be honest, in terms of the AV, Summer Time Machine Blues is very much of its time, but Third Window Films have come up with an essential suite of extras to complement the film. This is another must own film from my favourite label.