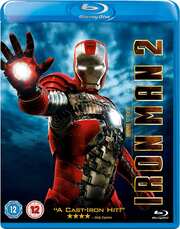 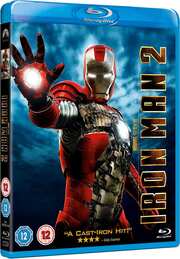 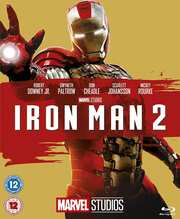 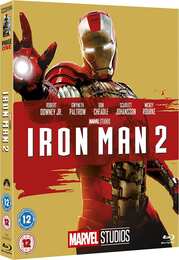 Iron Man 2 is actually the prime reason that I have largely avoided the bigger MCU continuity up until now, really only picking and choosing individual movies to this point; and the fact is that I haven’t even seen Iron Man 2. At the time of its release, there were plenty of reviews though, and from what I can recall, none were positive. In fact they were largely negative, to the point that when Iron Man 3 came out, I remember people calling it a return to form. That, on top of the fact that Iron Man isn’t my favourite character means I’ve left it this long to finally watch Iron Man 2.

The press conference where Tony Stark came clean with the revelation that he was Iron Man has far reaching consequences. Iron Man’s existence changes the balance of power in the world over the next few months, and even seems to herald a new era of peace, with the Iron Man technology acting akin to a nuclear deterrent. And just like the original nuclear deterrent, it’s kicked off an arms race, with countries competing to create their own Iron Man tech. Naturally, the US Congress is acting to acquire Tony Stark’s creation by any means, even using his friend against him.

Meanwhile in Russia, the scientist Ivan Vanko has already figured out how to build an Arc Reactor, and he’s got reason to want to get even with the Stark family, a desire for vengeance that Tony Stark’s business rival Justin Hammer is all too eager to take advantage of. To cap it all off, the very technology that is keeping Tony Stark alive since his kidnapping in Afghanistan, is also slowly killing him.

Iron Man 2 gets a 2.35:1 widescreen 1080p transfer with the option of DTS-HD MA 5.1 Surround English, and DD 5.1 Surround English Audio Descriptive, Spanish, French, and Italian with subtitles in these languages and Danish, Dutch, Norwegian, Swedish and Finnish. A film made in the HD age gets a transfer that is hard to pick nits with on Blu-ray. The image is clear and sharp, detail levels are excellent, and make the most of the action and special effects. The audio too supports the action well, with a nice, immersive and impactful surround audio track. Thankfully, the orange and teal colour timing of the first Iron Man has been toned down significantly.

It seems that these early MCU Blu-rays were actually 2 disc releases, with the majority of the extras on a second disc. They subsequently ditched the extras disc for a standard single disc edition, which explains the rather random and unsatisfying extras with the original Iron Man, and this Iron Man 2 release as well.

You get one disc in a BD Amaray style case, which boots to an animated menu. On the disc you’ll find the following extras.

The Data Vault is a pop-up trivia thing you can access while watching the movie, or separately if you choose.

Isn’t it always the way? You believe all the reviews, avoid a film for nigh on a decade, and finally bite the bullet and sit down to watch, and it turns out to be pretty good. In fact, I liked Iron Man 2 more than the first film. It builds on the story and characters established previously, and it takes things in an interesting and consequential direction. I don’t even mind as much, that once again the film doesn’t in my book conform to my expectations of superhero films, and instead seems more about tech versus tech, rather than superpowers versus superpowers.

It’s always interesting when the good guys turn out to be bad guys after a fashion, as it makes the story more complex and appealing. So Tony Stark has the US government on his back, demanding that he turn over the Iron Man technology, as he apparently can’t be trusted to use it in the national interest. They use the bogeyman of rival nations developing the same tech, while a rival businessman wants in on the tech secrets, and is using the Congressional hearings to force the issue. Given that Stark’s friend Rhodey is in the military, he’s torn between friendship and duty when it comes to the Iron Man, not made any easier by Stark’s increasingly erratic behaviour as he realises what the palladium implant in his chest is doing to him.

All of this comes to a head when Russian scientist Ivan Vanko recreates the Arc reactor technology, builds himself a weapon, and goes looking for revenge against Tony Stark. It turns out that once again, the sins of the past have reared their ugly head, as Vanko’s father and Tony’s father Howard Stark were partners once upon a time, and Vanko is justified in believing that Howard Stark betrayed his father.

So Iron Man 2 has a decent story and certainly delivers on the action, drama and humour. If I do have a couple of criticisms, one might be that there might be a bit too much story for the runtime, and things seem a little compressed and hasty as a result, while another thing might be a lack of appreciation for the Tony Stark wannabe Justin Hammer character, who comes across as just a little too goofy for a villain. 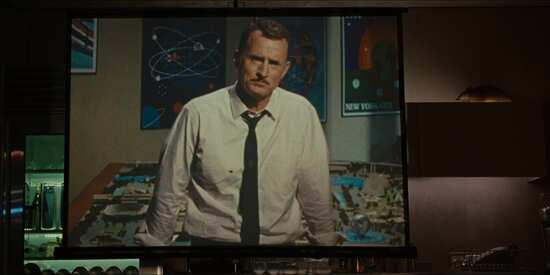 But Iron Man 2 goes even further than the first film in expanding and building the MCU, with a bigger role for S.H.I.E.L.D., as well as introducing the Black Widow character. Better than the first film, which I wasn’t expecting, Iron Man 2 gets a decent presentation on disc, but it turns out that fans seeking extra features were only catered for by a 2-disc edition, which is pretty hard to find at this juncture.