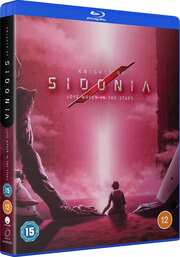 Knights of Sidonia: Love Woven in the Stars (Blu-ray Details)

Review for Knights of Sidonia: Love Woven in the Stars

I thought the days of pointless anime releases were past. We used to get partial series, and especially movies without context all the time, back when BBFC costs were prohibitive for long running series. Thus we’d get the Gintama movie, the Urusei Yatsura movies, the Ghost Sweeper Mikami movie, all without the TV series behind them that gave meaning to the stories and the characters. That’s without mentioning all those shows that were started and then unceremoniously dropped after a couple of releases.

The pointlessness returns with Funimation UK’s release of the film, Knights of Sidonia: Love Woven in the Stars, and in many ways it may be the most pointless anime release I have yet seen in the UK. The movie is based on the Netflix 3D cel-shaded space-opera anime series. The short lived label, Animatsu released Season 1 of Knights of Sidonia on DVD and Blu-ray in 2015. And now, in 2022 we get the movie that concludes the story on Blu-ray from Funimation UK. And here’s the thing; Season 2 of Knights of Sidonia, pretty f***ing essential when it comes to the story, was never released in the UK. Now you may have seen it on Netflix, which is okay, but if you’re buying this stuff on disc, you’ll want the whole thing. Sentai Filmworks released the show on Region 1 DVD and Region A Blu-ray in the US, and if you are a collector, and want the whole thing in your collection, you’re going to have to import and be multi-region capable, not that Season 2 is easily obtainable anymore.

The world ended. The alien Gauna attacked and destroyed the solar system. The few survivors of humanity managed to escape in vast seedships, and one such seedship, the Sidonia guards its precious human cargo in the hope that civilisation can once more be re-established on another world somewhere. That isn’t easy with Gauna still liable to attack. To defend, the Sidonia has a legion of Garde, giant space going robots equipped with the only (alien) technology able to defeat the Gauna. And to take the robots into battle, elite pilots are trained in an Academy. Nagate Tanikaze is a throwback, a human raised by his grandfather in the catacombs under the city, trained on vintage Garde simulators in how to battle the Gauna. Yet his skill, talent and heritage ensure that he became the next Knight of Sidonia, protector of humanity. 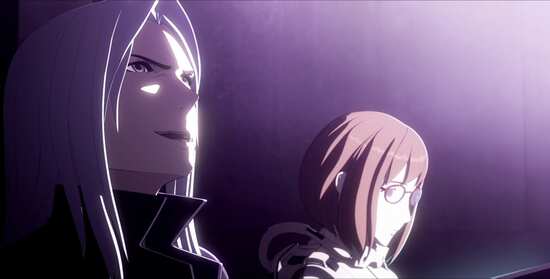 Ten years have passed since the Gauna returned, and the world of Sidonia irrevocably changed. In the war of one-upmanship with the Gauna, it seemed the balance had shifted when the Gauna devoured and absorbed a human pilot, and set forth human Gauna hybrids into battle. But the scientists on Sidonia captured one of these hybrids and engineered a hybrid of their own, Tsumugi, who became an essential part of their defence, and also became close to Nagate. At the end of the second season the Sidonia had arrived at the Lem star system where the seventh planet had been targeted for colonisation. But they also encountered a mass of Gauna beyond everything they had yet faced. It’s taken ten years for them to come up with a plan, the new weapons, and the new pilots to fight the Gauna for the system. But the Gauna has also had ten years to come up with new plans and abilities too. And just as the battle is about to commence, the Sidonia’s resident mad scientist returns from the dead...

Knights of Sidonia gets a cinematic 2.35:1 widescreen 1080p transfer which is clear, sharp, with great detail and smooth animation, and the only blight a smidge of digital banding. Knights of Sidonia is a 3D animation, with cel-shaded characters fitting in well with the CGI mechas and environments. The mecha aspects of the show look fantastic, great robot designs, intricate world designs, and truly daunting and epic Gauna manifestations. The action comes across well, and taking a leaf from J.J. Abrams book, there’s a whole lot of lens flare on screen to add... well flair. There is visual continuity if you’ve seen the TV series, although the facial animation of the characters is much improved; you definitely get more in the way of character emotion in the film.

You have the choice between Dolby TrueHD 5.1 Surround English and Japanese, with optional subtitles and signs (Gone is the Spanish dub that Sentai added to the TV series). The movie’s surround is epic and effective, making great use of the soundstage for the action and the music, while keeping the dialogue clear. There is some serious use of LFE for the action sequences as well, and the space battles will ensure that your neighbours will be complaining the next morning. The film does get a bit of a non sequitur of a musical interlude, but otherwise there is a nice mix of new music for the film, and touches of the TV series. Funimation takes the production duties over from Sentai, and they managed to retain most, but not all of the English dub cast. Not that it matters to me, as I stuck with the Japanese throughout, and the subtitles were accurately timed.

You get one disc in BD Amaray style case, with some artwork on the inner sleeve. The disc boots to a static menu.

Can you condense ten hours of story into a 16:47 recap featurette? The answer is obviously no, but they tried anyway, in Knight of Sidonia: The Story So Far, which in no way sets you up for this feature film. This featurette is in Japanese only with subtitles.

The same is true for the Trailers for the film on this disc, 6 in total running to 4:05.

There are two reviews really for this movie rolled into one here. Get one free; get another one free as well. The first, shorter one is for the UK fan that only got the first series on release, and has never seen the second series, and hopes that this movie will work as a stand-alone experience. Don’t waste your time. This doesn’t work alone; you need both the first and second season under your figurative belt to get the film. Otherwise it’s just a pretty, and action packed experience, with little or no emotional context, and what looks like a rather bizarre romance between a boy and a giant, feminine, snake-like, whale/penis thing at the film’s heart, and some weird story beats that make little or no sense. Given that this is a UK release primarily, then the style above substance, eye-candy that is Knights of Sidonia: Love Woven in the Stars warrants the 6/10 that I gave this review.

The rest of the review is for those that have seen the whole of the series, either on Netflix, or who like me have imported the second season from the US; in which case the film is a worthy follow up to the series, and a worthy conclusion to the Knights of Sidonia story, although typically leaving a loophole if there is ever enough demand for a continuation. In that regard, Knights of Sidonia: Love Woven in the Stars deserves an 8/10.

You’ll know into which category you fall.

It is more of the same in many ways when it comes to the story and the action. There are yet more revelations about the past to be had, while the stakes have never been higher than those the Sidonia faces in the battle about to come, the final battle for the star system Lem, There’s plenty of action, and the CG animation looks as good as it has ever been for Knights of Sidonia.

There are one or two issues with the story though. One thing is the ten year time skip, which explains the new tech, the new weaponry, and the new tactics, with the Gauna and the Sidonia forces doing the typical levelling up and one-upmanship through the story. There are also some new faces in the cast, new characters to round off the pilot roster. But as so often happens with anime, a significant leap forward in time shows no change in the main characters, other than some minor tweaks in the character design. Nagate grows up physically, but doesn’t mature at all.

The story does deal with the mad scientist Ochiai arc well, tying up those glaring loose ends left at the end of the second season to satisfying effect, although the final confrontation between Nagate and Ochiai is the typical CG muddle, where animators decide that looking flashy is more important than a coherent action sequence narrative. The central romance between Nagate and Tsumugi is effectively done in the film, although there’s only room for that romance. The series also teased potential relationships between Nagate and the Captain, Nagate and Izana, and Nagate and Yuhata as well. There’s no room in the film for those story arcs to get any resolution, so they are just dropped. And in the end, the film delivers such a blatant ‘cake and eat it’ resolution, that I might have felt cheated, had the story not done its work in getting me invested in Nagate x Tsumugi once more.

If you haven’t seen the second season of Knights of Sidonia, then this movie is totally pointless. You might have expected Funimation UK to have dealt with that issue before releasing the film, but the TV series is a Sentai title, and where Animatsu and Manga Entertainment could, and indeed did work with Sentai, I can’t see Funimation UK/Crunchyroll doing that; far too many bridges burned at this point. But if you have seen the second season, or indeed bought it on import, then this film is that worthy if flawed conclusion you might have been hoping for.