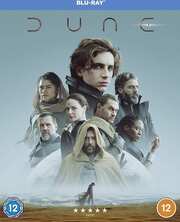 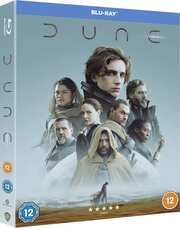 I have a big problem with Denis Villeneuve’s Dune, and that is David Lynch’s Dune, a film whose existence has been completely forgotten when it comes to marketing this new version, and in any press junkets surrounding it. Not that I’m offended or anything; it’s just that the first Dune movie is my favourite bad movie of all time, a film which I have seen on several occasions to this point, and have owned multiple versions of it on multiple formats. David Lynch’s vision of Dune now informs my mental perception of the story, that quirky visual language and those alien worlds so cemented as ‘my Dune’, that anything that challenges it gives me pause. Case in point, I started watching this film, and when I noticed that they pronounce ‘Harkonnen’ differently to the original movie (and the computer games), I had to pause the film, and just walk away for ten minutes to process the shocking difference. And I know full well just how bad the 1984 movie is, and how badly Dune deserves a decent film, but I’m carrying a whole lot of baggage going into this film, expecting giant brained slugs in smoky fish tanks, metal codpieces, milking hairless cats, heart plugs, and a fabulous Toto soundtrack.

There is one thing that this new Dune has in common with the first one... The advertising blurb on the case lauds it as the new Star Wars, which was how Lynch’s Dune was advertised at one point.

8000 years in the future, the universe is bound by the Spice, which can only be found on the planet Arrakis. Until now, Arrakis has been the fief of House Harkonnen, the brutal lords of planet Giedi Prime. But now the Emperor of the Universe has deemed that Arrakis will become the responsibility of House Atreides of the planet Caladan. There is unimaginable wealth in the sands of Arrakis and the spice that is mined there, but there is much danger as well, from the giant sandworms, and the enigmatic native Fremen. But worse than that is that it’s obviously a trap, with the Emperor finding a solution to the popular House Atreides by giving them an impossible task, on a planet that the Harkonnens are determined to take back. 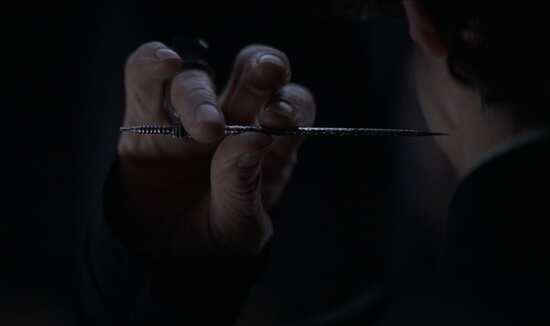 There are plans within plans. For generations, the Bene Gesserit sisterhood has been practicing selective breeding among the great Houses to bring forth a messiah to reshape the future of humanity. When Jessica became pregnant by Duke Leto Atreides, she was ordered to give him a daughter, but she disobeyed and gave him a son, Paul. She taught Paul in the ways of the Bene Gesserit, and now that the Atreides arrive on Arrakis, some of the native Fremen see the fulfilment of prophecy at hand.

Dune gets a 2.40:1 widescreen 1080p transfer, and the choice between Dolby Atmos English, DTS-HD MA 5.1 Surround Italian, and DD 5.1 Surround English Audio Descriptive and Spanish, with subtitles in these languages and Cantonese, Chinese, Danish, Finnish, Greek, Korean, Norwegian and Swedish. There are no issues with this transfer of a recent film. The image is clear and sharp, with excellent detail and rich, consistent colour. The surround is suitably epic and immersive, really delivering on the action and the music, while keeping the dialogue mostly clear throughout (except when some characters need to whisper). So any criticism will only be pointed towards the creative choices in the film. The CGI is as seamless and as effective as it should be in a big budget 2021 film, and the locations, sets and costume design really make the film special. But there is the colour grading, which somehow manages to deliver a cool desert world. Hans Zimmer composes the film’s music, and it certainly evokes the un-worldly story and the desert setting, with Middle Eastern motifs, and what sounds like a fair bit of Mongolian throat singing. I haven’t heard this much in the way of rhythmic wailing since Enigma’s Cross of Changes album. And once again in a Denis Villeneuve movie, the end credits text is so small as to be unintelligible on this disc. You really need to watch the film on a UHD on a 70” screen from 6’ distance to read them.

You get one disc in a BD Amaray style case, with an o-card slipcover. There is a leaflet advertising Dune Part 2, which has yet to enter production at the time of writing. The disc boots to a static menu, albeit with an animated side panel that shows off three featurettes from the extras, or your audio/subtitle options if you click on those menus. The three animated featurettes in the main screen side panel will also be accessible from the extras menu, which is presented as a simple text listing as follows.

Yes, a Part 2 has been green-lit, which is a good thing given where this film, Dune (although the opening credits add the suffix “Part 1”) concludes. David Lynch filmed the whole of the book, although the studio released a version that somehow condensed it all down to 2 hours. That’s one significant reason why the 1984 version failed. Denis Villeneuve instead just shot the first half of the book, and edited it down to 2½ hours. This Dune works. It’s an effective adaptation of a dense and complex book, and it is as pared down and story focused as it needs to be to give a proper cinematic experience. There’s no Feyd Rautha in this film, you never seen the Spacing Guild Navigators, and the Padishah Emperor doesn’t make an appearance. But there’s no need to resort to the exposition of inner monologue to get the story across. I hope they don’t miss a chance to call the sequel, Dune II: The Battle For Arrakis.

This Dune comes from a very human perspective; the characters and the story take centre stage, and the world grows organically around them. This is a film where the world design is only meant to work, it’s not meant to draw attention to itself. That said, the scope of the world design is truly massive when it comes to the ships and the architecture. It’s all about connecting with the characters. Central to the story is Paul Atreides, a young man who gets a destiny thrust upon him. He’s uncertain enough when it comes to inheriting the dukedom of the Atreides, but then he learns of this arcane genetic heritage, and a prophecy engineered by his mother’s people. How do you handle being told that you are to be the Messiah? That’s the question that lies at the heart of this film.

Paul is tested by the events in this film, his life constantly changing once the Atreides arrive on Arrakis. He has to deal with all these revelations about his life while all this happens, and when he learns that the dreams that he’s had all his life are actually prophetic, and when he starts to react to the ambient spice in the planet atmosphere. He’s placed into the crucible once the Harkonnen plan unfolds, and the film finds a stopping off point with what is effectively a coming of age ritual, a sense that Paul has come to terms with his destiny, and has embraced prophecy. It’s a bit of a contrived line that concludes the film, but it does bode well for the second half of the story, a conclusion that was infamously rushed in the Lynch film.

Here’s the thing. I still like the Lynch version more. It’s a demonstrably bad movie, and doesn’t approach this version when it comes to adapting the story, but it’s a vision of camp excess that never stops being provocative. The characters are all so much larger than life and memorable. It’s completely unfair comparing Stellan Skarsgård to Kenneth MacMillan as the Baron, but the original Dune cast filled the screen in a way that this film’s cast never could, with only Josh Brolin as Gurney Halleck, Dave Bautista as Beast Rabban, and Jason Momoa as Duncan Idaho with significant screen presence. I think I have a problem with Denis Villeneuve’s directorial style. I’ve now seen three of his films, Dune, Blade Runner 2049, and Arrival, and I’ve found all three films to be intellectually stimulating, but ultimately joyless affairs, low on energy. There are some decent action sequences in this film, but never once do I shift closer to the edge of my seat.

Dune finally gets a decent adaptation to film, and on this Blu-ray the film gets the presentation it deserves, even if the extras at this point will only be perfunctory and self-congratulatory. I appreciated the film, but it’s all dependent on how the sequel turns out. Either way, I doubt we’ll be talking about this Dune in 40 years, the way that we still talk about the Lynch misfire.