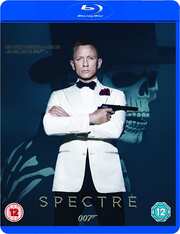 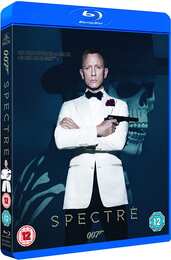 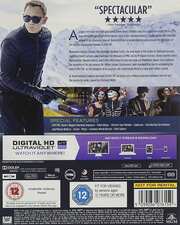 Blu-ray
For Your Eyes Only
Related Articles

This Bond thing spiralled out of control this last year. What started off as an opportunistic grab of some pound store bargains, turned into this Pokemon, “gotta have ‘em all” race to watch all of the Bond movies on Blu-ray before I get my hands on the most recent outing, No Time To Die. Sometimes I curse the collector’s mentality that gets this obsessive. I would have saved a lot of money if I’d just bought the boxset (and would have had the uncut Casino Royale) instead of getting them one by one. By the time I thought of that, I had bought too many of the individual releases to make it worthwhile. As I get closer to getting the No Time To Die disc, I find that the Bond films I have left to watch are the ones that I least want to. Not that I’ve seen Spectre all the way through as yet. It’s just that trying to watch it on a TV broadcast one time put me right off. This might not be an easy watch.

Bond is on vacation, ostensibly in Mexico. Not every holiday ends with someone being thrown out of a helicopter over a crowded festival in the middle of Mexico City though. That’s usually enough to get a well deserved dressing down from M, but Bond’s timing couldn’t be worse. MI6 and MI5 are being merged, and a new, information focused intelligence agency is being created, and the 00 program is up for the chop.

The reality is that Bond is on a mission from the past, following up on the fallout from Skyfall, and a lead from Mexico takes him to Europe. And it turns out that he’s justified in being circumspect when challenged by his superiors. He’s found a way into the organisation that is responsible for most of his pain, and it turns out that SPECTRE has its tentacles everywhere.

This is what put me off the film originally. Spectre gets a 2.40:1 widescreen 1080p transfer on this disc, with the choice between DTS-HD MA 7.1 Surround English, DD 5.1 Surround English Audio Descriptive, Spanish, French, and Portuguese with subtitles in these languages. The image is unpleasant to say the least. It’s clear and sharp most certainly, no issues with compression or the like, but they took the creative choice to colour grade the film in a strange direction, de-saturating much of the palette, and pushing a yellow tint beyond what I find comfortable. It’s like the whole film was shot with sodium lighting. The action comes across well enough, detail levels are good, the costume design and the production design really impresses, but I actually prefer the look of the behind the scenes footage to the actual film. The audio on the other hand is spectacular, aside from the Sam Smith caterwaul that passes for a theme song. The film is immediately immersive, the action impresses and the film’s score effectively drives the pace of the story.

You get one disc in a BD Amaray case, with a UV code slipped inside. The disc boots to an animated menu. On the disc you’ll find the following extras.

Quite frankly, and compared to the back catalogue Bond movies, these extras really are desultory, with the soundbite Video Blogs particularly disappointing.

I forced myself to live with the horrible yellow staining for the duration, and tried to ignore it to instead focus on the story. That helped a little, certainly I enjoyed watching Spectre, and it had some great action sequences and some nice ideas. But looking at the story as a whole, this film feels weaker than the rest of the Daniel Craig Bond movies, and suffers with the convulsions it goes through to tie everything in the Craig films together, and in the end, it feels like it suffers from small universe syndrome.

We all know who the head of SPECTRE is, but the film creates a connection between him and Bond which reminds me of the way the relationship between Austin Powers and Dr. Evil developed over those three films. I doubt that the parodied would ever take inspiration from the parody, but it certainly feels like that. It’s soap opera plotting which extends to how everything that has happened in Bond’s career (Craig version) is tied back to one source, revealed in this film.

Then there is the story itself, which in SPECTRE creates an organisation that has infiltrated everything, with the villain of the piece given godlike surveillance powers, and SPECTRE’s minions ideologically predisposed to doing bad things. So it is that Bond has to go off the grid, keeping his own superiors out of the loop. It turns out that he is justified in being so paranoid, and there are only a few people in the organisation that he can trust. By the end of the film, it’s almost too late to make a difference, and so it is that he and his few allies essentially go rogue against their own organisation. That’s the plot of practically the last four Mission Impossible movies, especially Rogue Nation.

It almost seems like an afterthought to say that the villain’s lair in Quantum of Solace was reused as the villain’s lair in Spectre. In the end, this is a film that is enjoyable to watch, while you’re watching it, but once the end credits have rolled, the weaknesses in the film become apparent, and I have to say that Spectre just isn’t a worthy follow up to Skyfall, Quantum of Solace, and Casino Royale. The extras may not be up to much, but the film gets solid presentation on Blu-ray. I wish they hadn’t made it so yellow though; although Coldplay would have been a better choice for the theme song.