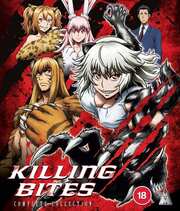 Blu-ray
Is the Order a Rabbit? - Season 1
Related Articles

I’m going to put my cards on the table at the head of the review. I don’t really like fan service fighting shows. Couple the typical lecherous gaze with often misogynistic nastiness, and you have shows that I can watch, at the most once, and then never again. We’re talking shows like Tenjho Tenge, Ikki Tousen, and Freezing. Guess which genre Killing Bites falls into? On the other hand, there is the odd exception to the rule, and I have been known to wind down to an episode or two of Sekirei. I’m just letting you know ahead of time the probable direction of this review, and you may be better served by seeking out the opinion of a genre fan. 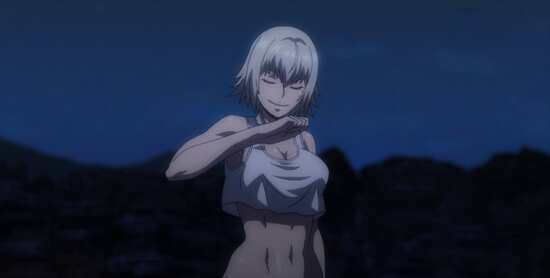 Since time immemorial, the world has secretly been run by the merchant families, the Zaibatsu. They solve their disagreements and conflicts by means of proxy wars, the so called Killing Bites battles. In the modern day the Killing Bites have taken on a new dimension, with genetic technology now creating the possibility of chimera, the Therianthropes. These are people who are enhanced with the genetic material of animals, gaining their power, strength and speed in battle, as well as furry transformations. 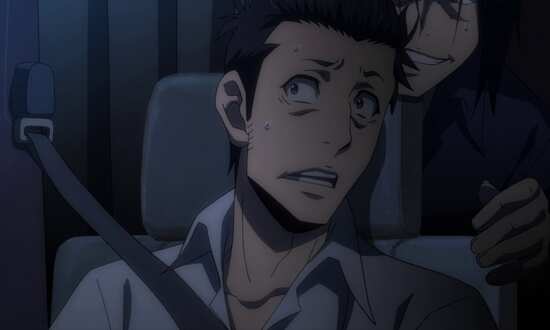 Some friends had called on Yuya Nomoto to go with them to pick up girls. He didn’t know that his so called friends had assault on their minds, and they just needed someone to drive the van while they had their fun with a schoolgirl victim in the back. But they picked up Hitomi Uzaki, which turned out to be a fatal mistake. She only kept Yuya alive to help her dispose of the bodies, but when he gets pulled into a Killing Bites game, he winds up becoming her partner, the ‘investor’ betting on her matches, although in this relationship, Hitomi wears the trousers. She is a Therianthrope, a girl with the genes of a Ratel, a fearless animal from the natural world that can stand up to predators of far greater notoriety. She’ll need that recklessness if she and Yuya are to survive Killing Bites. 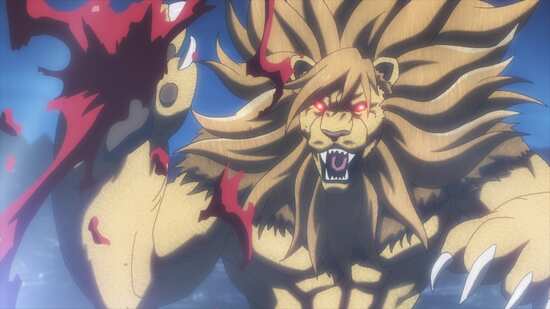 12 episodes of Killing Bites are presented across two BD discs from MVM. 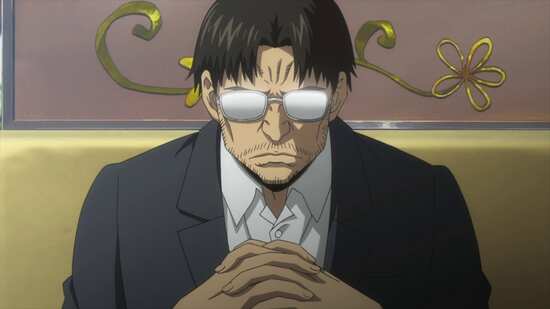 Killing Bites gets a 1.78:1 widescreen 1080p presentation on these discs. The transfer is just what you would expect from a modern anime show, clear and sharp, smooth animation, and nice vibrant colours. There is a smidge of digital banding in darker scenes, but that’s about the only nit to pick with the transfer. The animation itself is nothing to write home about, although the characters stay on model throughout, and fan service happens with the appropriate attention paid to detail in those specific scenes. But when it comes to the action, thing are kept simplistic and detail levels are low, which given the nature of the show is probably a good thing, else it would be drenched in gore. But this does look to be a show done on the cheap. 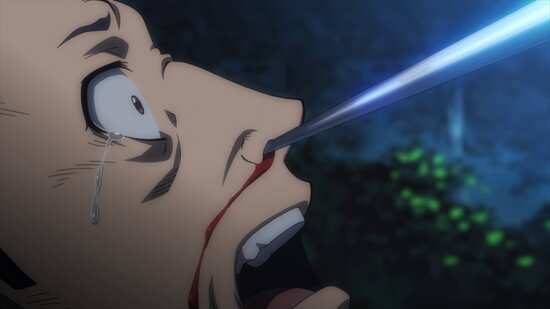 Killing Bites gets a DTS-HD MA 2.0 Stereo Japanese track with player locked English subtitles. The audio is fine, does what it needs to get the action across while keeping the dialogue clear. The actors offer somewhat predictable performances for their roles, the music drives the action adequately and there are no negative issues that stand out. The subtitles are timed accurately and are free of typos. Killing Bites is a show that relies heavily on a narrator to fill in expositionary details, especially when it comes to the animal powers of the combatants, but it’s the main character’s catchphrase, repeated once an episode at least, that actually gets tiresome first. 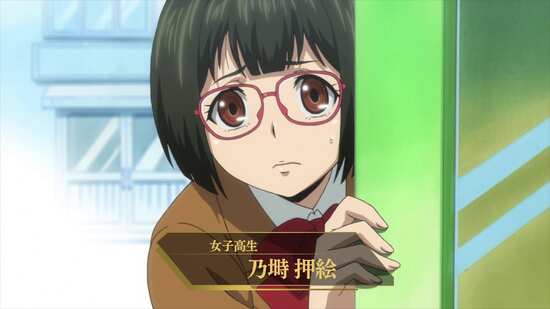 The discs boot to static menus. Each episode is followed by a short comedy animation, and then the usual Sentai translated silent credit scroll. The extras are all on disc 2 and comprise the following. 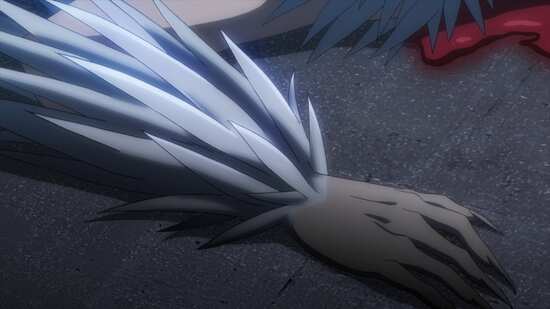 The textless opening and closing
5 minutes of Japanese Promos
Trailers for Ascendance of the Bookworm, Granbelm, Blade of the Immortal (the new version), and Venus Wars 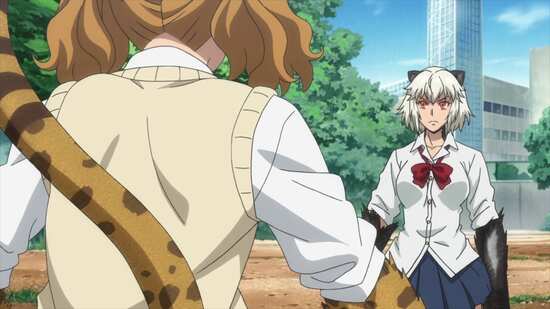 Killing Bites almost had me. Sure, it has that nastiness that I tend to avoid in this particular genre, with at least three scenes of sexual assault that I can recall, as well as several moments of fan service titillation that the rational might consider out of step with the premise. The way the show opens certainly leaves a sour taste in the mouth, with an attempted gang rape which certainly justifies the show’s 18 rating. But Killing Bites does a few things differently from its genre-mates that made me want to give it a chance. 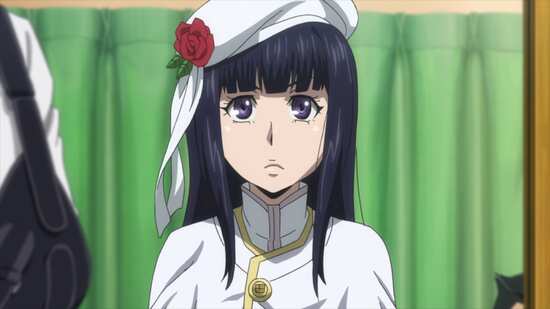 For one thing, shows like Ikki Tousen and Tenjho Tenge would space out their poorly animated fight sequences with a whole lot of ‘domestic’, interpersonal character drama and comedy that would emphasise the nasty aspects of the show in the narrative. Killing Bites, after that opening does things differently. The first few episodes are spent introducing the main characters, and tends to the lighter side of things as they are getting to know each other, especially Yuya and Hitomi, the human/Ratel hybrid fighter, and the hapless human that she ‘chooses’ as her investor for the fights, He’s the person who ostensibly gives the orders to enhance her strategy in the middle of battle, not that she needs the assistance. It’s just one of the rules of the tournaments. 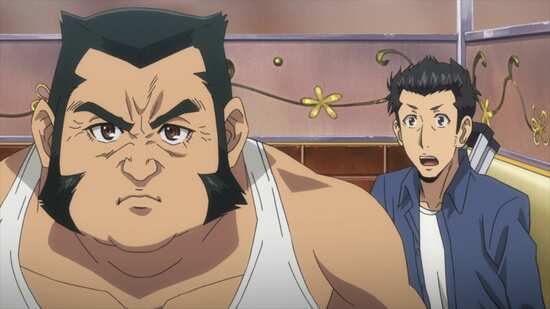 And then four episodes in, the tournament begins, and right until the final episode, the show is singularly focused on the fighting, and the domestic comedy drama is left behind, no more interjections in the middle of combat. This is a different approach to the other shows that I mentioned, and it serves this show well. 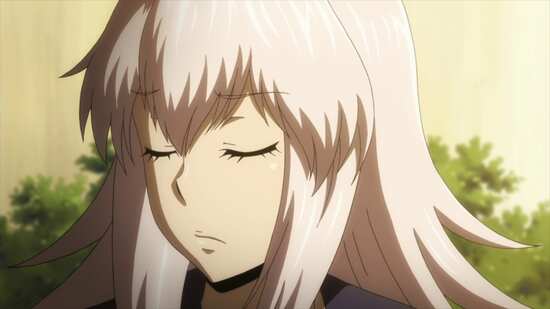 The selling point of the show is the transformations, the idea of human animal hybrids using the animal’s special abilities in combat. The advantage of being a tiger, lion, cheetah, or crocodile chimera will be obvious, but with animals like rabbit, pangolin, hippopotamus and gecko also in the mix, the presence of the narrator becomes an essential element in the show, describing the transformations, and the aspects of those animals that are useful in combat. This is especially true for the main character Hitomi, crossed with Ratel DNA, also known as the honey badger. I had to adjourn to Wikipedia to learn, that this beast really is as vicious as the show portrays. A small part of me was hoping that a Tasmanian Devil cross would show up... still, Fruits Basket this ain’t! 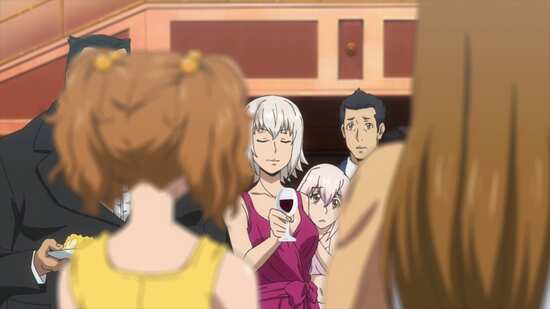 Added to the proxy battle happening on the island arena, there is also the gamesmanship taking place between the four merchant families as they direct the action, where Yuya has been essentially drafted as Ratel’s investor, and is completely out of his depth. These corporations play these Killing Bites games as means of establishing their dominance over one another, but this match has extra weight, as the political future and control of the Therianthropes, the hybrids is up for grabs. 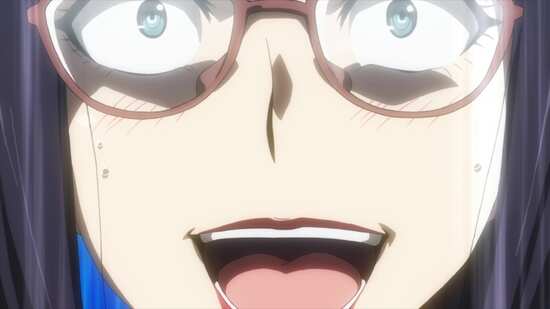 I wasn’t expecting to, but by this point I was kind of enjoying Killing Bites, despite the expected nastiness in the story, and the weakness of the production values. But then comes the end of the show, and it throws it all away, a real kick in the gut if you’ve been investing in the characters. To top it off, it ends with such a blatant pitch for a second season that it might as well just be a preview for a show that will never come; I seriously doubt that Killing Bites will get another season. 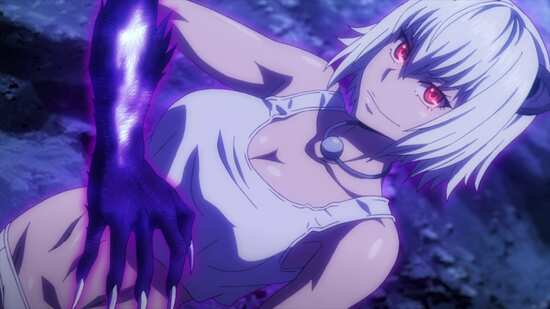 I’m being generous with the score, as for a first time viewer, or for someone who can enjoy a show in the moment, there is something of value in Killing Bites, despite its many flaws. But if, like me just one bad choice by creators can colour your perception of a show, then you might want to knock a point or two off. Frankly it’s hard to recommend a show where the best things are the little animations after the end credits.