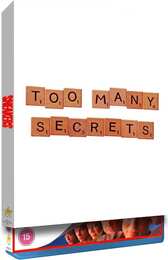 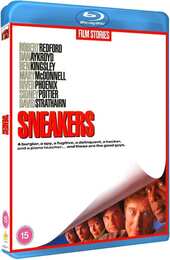 Synopsis:
"Why don’t more people talk about Sneakers? It’s hard to think of a finer ensemble suspense caper from the 1990s, especially from a major Hollywood studio (Universal). Yet with its blend of suspense, wit and memorable characters, this is just the kind of movie that deserves to be seen again and again. Robert Redford leads the all-star cast, including Dan Aykroyd, Ben Kingsley, Mary McDonnell, River Phoenix, Sidney Poitier and David Strathairn. It's co-written by Phil Alden Robinson, Lawrence Lasker and War Games scribe Walter F. Parkes, and is one of the few films directed by the brilliant Robinson, who has the small matter of 1989 classic Field Of Dreams to his name.

The result is a smart, hugely entertaining and laugh-out-loud tech treat. It already seems they really don’t make ‘em like this anymore."