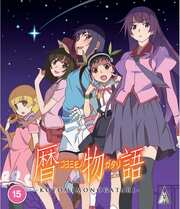 Talk about first world problems! When MVM started releasing the Monogatari franchise, they kicked off with the definitive Bakemonogatari on DVD, but subsequently they got caught up with releasing the shows on Blu-ray as well. It’s utterly conceivable that there are fans that have been collecting the shows on DVD. But since Hanabee paused releasing the franchise in Australia, there have been no DVDs authored. The Kizumonogatari film franchise came out first on Blu-ray and DVD some months after in the UK, but now we’re back to the TV series this year, the episodes are coming out on Blu-ray only. And if you haven’t already double dipped to BD by now, you’ll have missed your chance, as the earlier Monogatari Blus have been deleted. 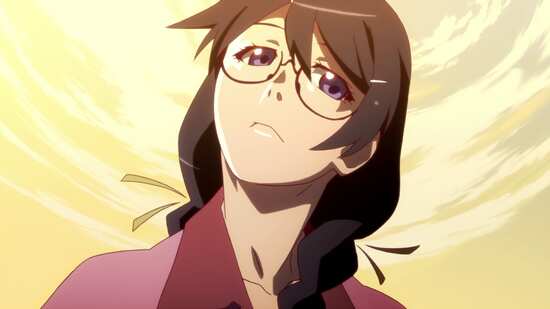 It looks as if we’re coming to the end of the Monogatari franchise too, or at least the end of the first part, covering protagonist Koyomi Araragi’s final year in high school and the various phenomena that he encounters. The light novels have kicked off his university career, where no doubt the strangeness will continue, but of the main arc adapted to anime thus far, MVM will draw a faint dashed line under it this year, when they release Owarimonogatari Part 3 and Zoku Owarimonogatari later. I’m hesitant to call it finished, as there are still side stories to adapt, little diversions to examine in Araragi’s high school life. 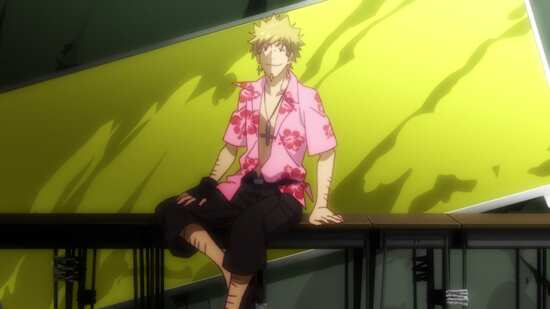 Koyomimonogatari is one of those little side stories, an Original Net Animation set during that year, 12 episodes, one each month, featuring Koyomi Araragi and one of his harem, as they set about solving a minor mystery. These ONAs are short animations, half the usual length at about 15 minutes each; hence these Aniplex sourced discs being single layer, with about 80 minutes of content on each disc. 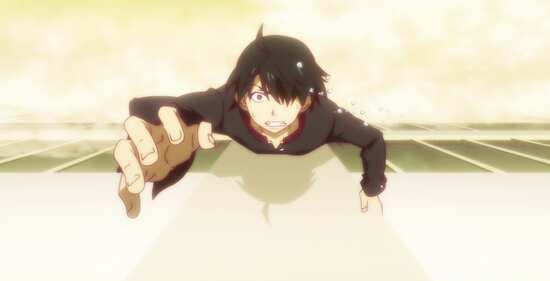 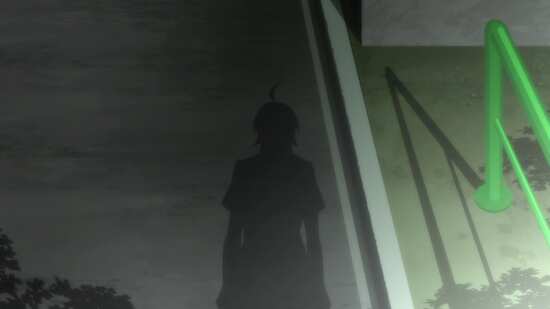 Koyomimonogatari gets a 1.78:1 widescreen 1080p transfer on these discs. The image is clear and sharp, detail levels are good, and colours are rich and consistent. There’s no visible sign of compression, and I didn’t notice any digital banding either. Given the disc real estate given over to the episodes, it would be surprising to see any issues. We’re clearly back in the world of Monogatari, with the familiar character and world designs, and imaginative editing and quirky shot choices, although not quite up to the standards of the series episodes proper. 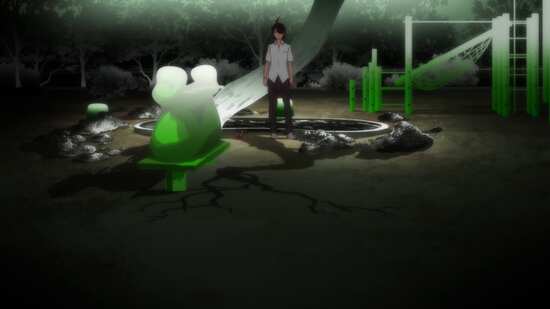 Koyomimonogatari gets a PCM 2.0 Stereo Japanese track with optional English subtitles. The audio is fine, a nice use of the stereo to give the show some space, make the most of the show’s music, while keeping the dialogue clear. The subtitles are accurately timed, free of typos, and given the verbose nature of the scripts, flow well and are easy to read. Koyomimonogatari also takes the opportunity to reprise several of the theme tunes from the various other series in the franchise, although the end theme is new. 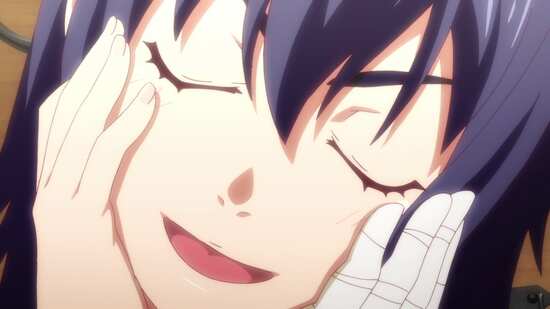 The two discs present their contents with animated menus, although the content will autoplay on disc insertion, and you’ll have to use Top Menu or the Pop-up Menu to access the disc content and set-up options. 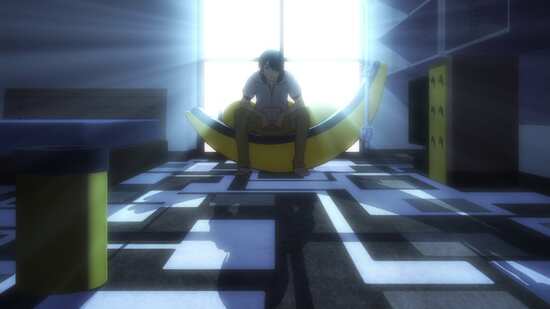 It’s a short, relatively inconsequential entry into the Monogatari franchise, and that poses a problem for me, as I have to write a relatively inconsequential review. Koyomi Araragi amassed a considerable harem over the course of his adventures, and with twelve episodes in this collection, there are 12 girls taking centre stage during the proceedings. These episodes feel like bonus content really, little extras for fans, ten or so minute chunks of banter and wordplay between the characters. 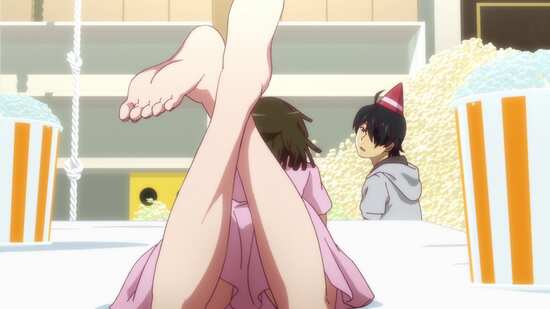 The Monogatari franchise has always been about the mysteries, as Araragi and his friends investigated all manner of supernatural weirdness. In this show however, the mysteries are a lot more mundane, odd little observations of the world that demand explanation, which can be as simple as the obvious, or at the most complicated relying on understanding human behaviour and psychology. 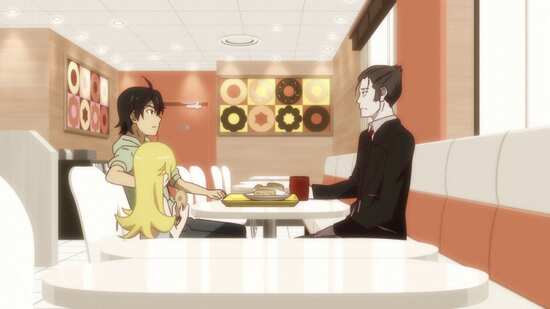 And with one episode a month, chronologically, these little vignettes fit in the background of the overarching storyline, occasionally touching on those stories as well, although never really in a way that demands that you re-evaluate the chronology of the show. However that’s with the exception of the final three episodes, which together take the series into more serious, supernatural territory, are an essential part of the chronology, and apparently set up Owarimonogatari Part 3, which MVM are due to release in short order. 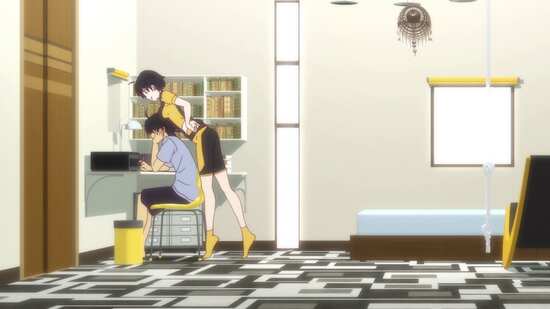 If there is an epilogue to this review, a punchline, then for those final three episodes alone, Koyomimonogatari is an essential addition to fan collections. But if you like the wordplay aspect of the franchise, rate the characterisations higher than the storytelling, then you’ll get a lot more from the earlier episodes as well, another chance to partake of the oddball characters like Tsubasa Hanekawa, Hitagi Senjyogahara, Mayoi Hachikuji, Suruga Kanbaru, Sengoku Nadeko, the Fire Sisters, and of course Kiss Shot Acelora Orion Heart Under Blade. And you’ll learn the essential technique as to how to hide a doughnut...