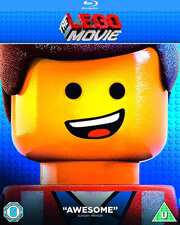 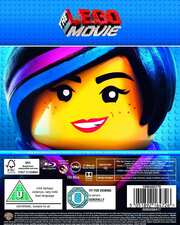 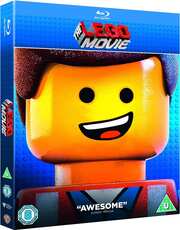 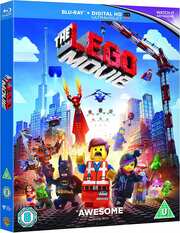 Review for The LEGO® Movie

I can’t be asked to type LEGO® every time, so henceforth I’ll simply type Lego or lego, and you can assume that I have paid the appropriate lip service to copyrights and registered trademarks. Actually all of this is what has steered me clear of the Lego movie franchise to this point. I know that films are commercial entities, and films aimed at children even more so, to sell tie-in merchandising (although this is one instance where the toys came long before the movie was a twinkle in a filmmaker’s eye). Two things deterred me from watching this film to begin with, the assumption that it would be little more than a two hour toy advert, and the thought that the lack of articulation in your average lego figure would limit the possibilities of the animation. It was watching the Spider-verse animated movie that eventually convinced me to give The Lego Movie a try, given that both are directed by Christopher Miller and Phil Lord.

The power mad Business sought a superweapon, and obtained the Kragle, defeating Master Builder Vitruvius in the process, but Vitruvius revealed a prophecy regarding the Piece of Resistance and a chosen one that gave Business pause. Eight and a half years later, President Business rules the world, creating a Lego Utopia and beloved by all his subjects. But he hasn’t given up his plans to become the master of his universe, and with the aid of his lackey, Bad Cop he’s been secretly hunting down the few remaining Master Builders.

Emmet Brickowski is a pretty average guy, a construction worker who wants to be liked, and just like every good citizen, he’s got an instruction manual to tell him how to do it. But one day after work he runs into a mysterious girl named Wildstyle at a demolition site. She’s looking for something, but it’s Emmet who finds it, a piece like no other. Wildstyle realises that Emmet must be the one in the prophecy, the ultimate Master Builder that will defeat the evil plans of Business. A Master Builder is one who can craft the pieces using their imagination alone, but Emmet has never built a thing without following an instruction manual.

The Lego Movie gets a 2.40:1 widescreen 1080p transfer on this disc, with plenty of audio and subtitle options, DTS-HD MA 5.1 Surround English, and DD 5.1 Surround Spanish, Danish, Dutch, Finnish, Flemish, French, Icelandic, Italian, Norwegian, Swedish, and English Audio Descriptive. Subtitles are in all these languages except Flemish. The image is excellent, clear and sharp with no signs of compression or the like. The colours are bright and vivid, and the animation has a delightful, stop-motion sensibility to it. The irony of this is that The Lego Movie is a digital creation, no painstaking Aardman type animation at all. The audio is nice and immersive, putting you in the middle of the action, making the most of the music, while keeping the dialogue clear and audible.

You get one disc in a BD Amaray case, wrapped in an o-card slipcover. There is a UV code within, which is probably useless now, and the disc boots to a static menu.

There are plenty of extras on the disc, although not too many useful ones looking at the making of the film. They are more aimed at the younger audience demographic.

I loved Lego when I was a kid. It was nothing like what it is now, with countless sets, themes and tie-ins, and the sense that Lego will create whatever pieces are needed, specifically for what they design. There were just a handful of pieces when I was a child; it blew my mind when I first laid my eyes on a sloped roof-tile lego, but I had my imagination, and I was building worlds to play with, and play in. Then somewhere between ages 10 and 12, my imagination waned, and the Lego sets started to become more imaginative and complicated. They started coming with instruction manuals, and it was a challenge to build something that looked like the pictures on the boxes. I still had a lot of fun with the space sets, and inevitably would spend hours trying to build the Millennium Falcon out of something that looked nothing like it. But when I bought my last Lego set, an Airport, my imagination had dried up, and all I could do was follow the instructions. This is no random trip down memory lane, as it’s a key story element of The Lego Movie, and one which makes it more than just a corporate cash generator.

It is a kids’ adventure movie first and foremost, with all the in-jokes, references and cameos that will appeal to the older demographic and keep them glued to screen alongside their children. It’s also a rather formulaic story, with a villain and a doomsday weapon, a prophecy to be fulfilled, and a hero that starts off as non-descript, unassuming, and wholly unlikely, but winds up going on a journey to find himself and discover an unexpected inner strength in the process, as well as getting the girl.

While it is somewhat predictable, The Lego Movie is fun. The characters are appealing, and the story has a good and driving pace to it. Half of the fun is in the various cameos, both characters and in terms of voice actors, but on occasion the references can get a little indulgent. I’m surprised to say that I actually didn’t appreciate the Star Wars diversion; it really felt like a deliberately shoehorned product placement, all for a minor gag, but I nostalgia’d out over Benny the ‘80s spaceman figure. And while there are plenty of references, the main plot as well borrows from films past, and there is a fair bit of TRON and The Matrix to the story as well.

Yet there is that subversive edge to The Lego Movie that I really do appreciate, which goes back to my initial paragraph in this conclusion. The idea of the creative Master Builders versus Business’ ruling a society where everyone follows the instructions reflects that dichotomy between the imaginative child that I was with my first Lego set, and the manual follower that I became. That was back in the eighties. In the 21st Century, Lego is a genuine adult toy. Grown-ups spend hundreds on elaborate designed models with thousands and thousands of pieces. There is now a Millennium Falcon that looks like the Millennium Falcon. You need a spare room for the Hogwarts set, and it’s all made by the following the instructions... no imagination or creativity required. And that is the world that is presented in this film, Business representing the adults, and the creative Master Builders as proxies for the children. It’s certainly a bit of a nose tweak to the Lego corporation, and I’m surprised the filmmakers got away with it.

The Lego Movie is a whole lot of fun, put together well and thoroughly entertaining, even if it conforms to the usual tropes and clichés when it comes to most entertainment for its target demographic. The Blu-ray offers great audio and visual, even if the extra features are rather anaemic.