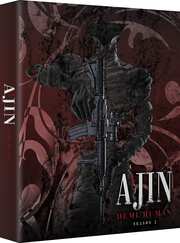 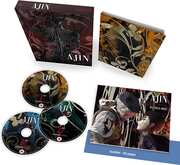 I have an instinctive distrust of CGI anime. I love the 2D stuff, which look as if they were made the traditional way with cel and paint, although that method hasn’t really been used for 20 years now. Ironically modern anime is also made inside the guts of computers. It’s just when the medium turns 3D that my interest wanes. The US film industries have really got a handle on this, with most Hollywood animation these days in three dimensions. But Japanese animators seem to have a harder time getting effective emotional characters in 3D to compare with the traditional form. The best CG anime usually comes when they animate in 3D and then flatten it for a cel-shaded look. At its worst, we’re talking Berserk, and I have a hard time thinking of a show that impressed. Then I look over my old reviews and see that I gave the 3D CG anime Ajin a 9/10! It’s a case of hating the medium, but loving the story, and that was enough for me to look forward to Season 2. Alas the second season release from All the Anime came along with the pandemic, when check discs dried up. Fortunately last Christmas, the price dropped low enough to trigger my desire to watch it. But at this point it has been nearly three years since I watched the first season. All I can really remember about it is that I gave it 9/10. Jeez, I hope I wasn’t drunk when I reviewed it! 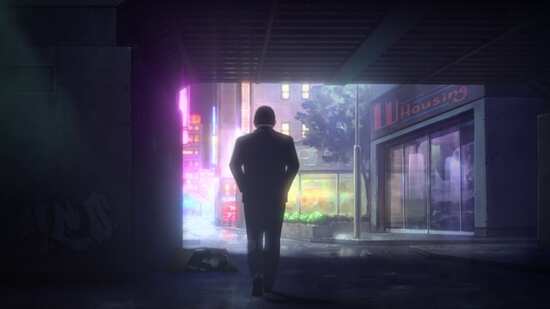 Kei Nagai was pretty much a typical high school student. Okay, he was on the fast track to academic excellence, spurred on by his mother towards a career in medicine, but in every other respect he was a normal boy. Then he was hit by a truck and killed while crossing the road. And then he came back to life, with special powers and a bounty on his head that leaves him on the run. 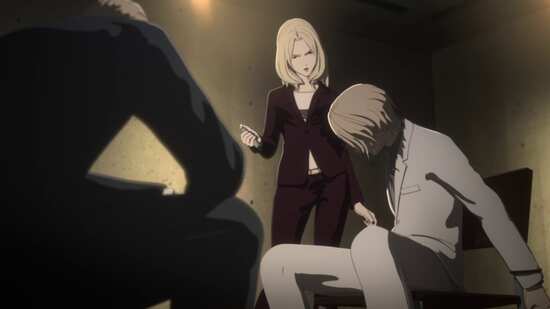 Kei is an Ajin, an immortal being of a type first discovered 17 years previously. They appeared during a war in Africa, when the dead started to rise up. Now these Ajin are appearing around the world, and they’re quickly labelled public enemies, freaks with strange powers, and targets for governments to experiment upon and use. 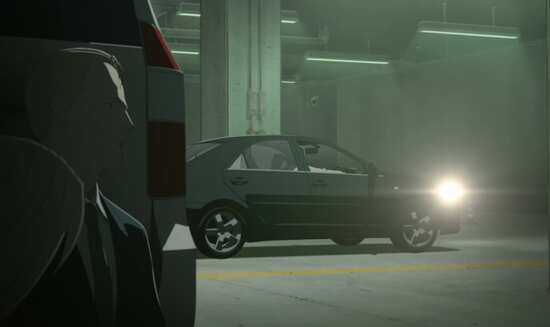 Thirteen episodes of Ajin: Demi-Human, Season 2 are presented across two Blu-rays. A third Blu-ray disc contains the second and third feature film spin-offs, which adapt the episodes into movie formats. For the purposes of this review, I watched the series only. 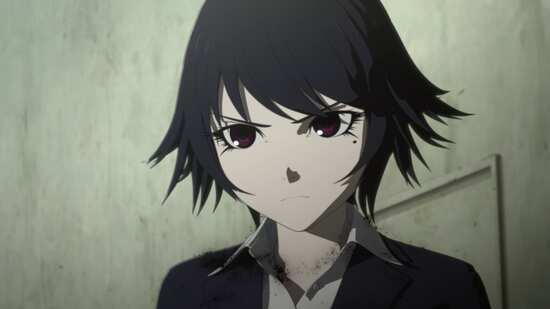 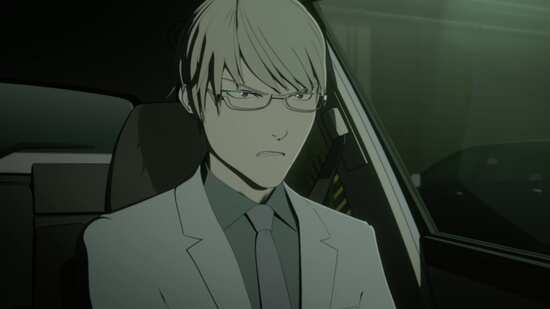 Ajin gets a 1.78:1 widescreen transfer on these Blu-rays. The image is clear and sharp, the animation is smooth and CGI fluid, and there is no issue with compression, or aliasing, although digital banding does crop up from time to time. The elephant in the room is the cel shaded, 3D CGI look, which if you’re into traditional anime, can be a jarring transition, although if you’ve seen Knights of Sidonia, RWBY, or more recently Ronja the Robber’s Daughter, you’ll know what to expect from the aesthetic. These characters are good at moving, the animation makes action a comparative breeze, but when it comes to characters conveying emotion, you find that you’re relying on the voice actor more than the visuals. It looks adequate, and I do find long stretches where I can forget the animation and just go with the story, but then there comes an awkward close-up that doesn’t quite work, and I get thrown out again. 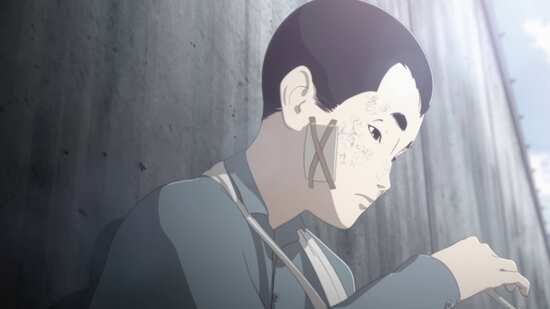 The series discs offer DTS-HD MA 5.1 Surround English, Japanese and Spanish, with translated signs for the English and Spanish tracks, and the option of watching the Japanese audio with translated English or Spanish subtitles. These options are locked during playback. Note that the bonus movie disc offers DTS-HD MA 5.1 Surround Japanese with English subtitles only. Ajin has some stonking audio, a fully immersive surround track that has some serious LFE to it. The volume levels are quite high, so you’ll find yourself nudging the volume down on more than one occasion, especially when guns are being fired, and explosions are bringing down buildings. The dialogue is clear, and the music drives the emotion of the piece well. The subtitles are timed accurately and are free of typos. 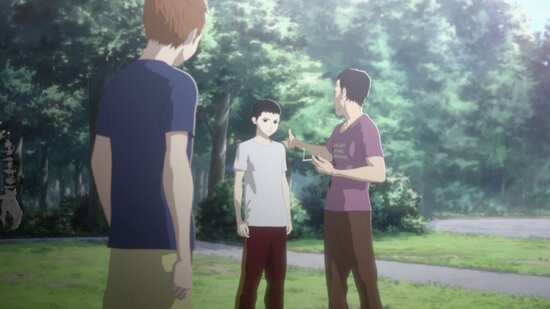 You get three discs in a fold out digipack. This is stored in a nice thick artbox, and there is a 56 page artbook slipped in there as well, with character, props, settings, and artwork sections.

The discs boot to static menus, and each episode is followed by a translated English credit reel.

All three discs autoplay with trailers for Hidive. 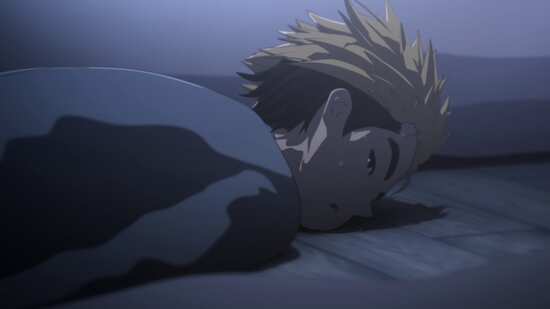 Disc 2 has the extras, comprising two textless openings, one textless closing and trailers for Knights of Sidonia, Parasyte –the Maxim– , GATE, and Ushio & Tora.

Disc 3 has the final two compilation movies, which I didn’t watch for this review. Both are presented with DTS-HD MA 2.0 Stereo Japanese with English subtitles, which begs the question as to why you would watch them when the series comes with surround audio? 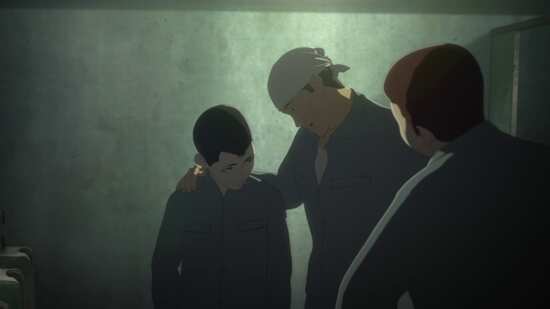 In terms of extras, you get the textless closing animations for both movies in an 8:39 reel. 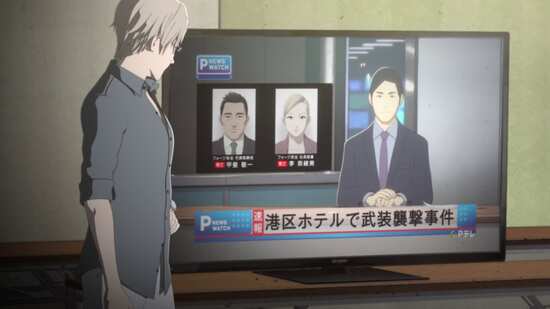 If you’ve read my review of the first Ajin release, you won’t be surprised by my consternation with this release as well. Just how can such an engrossing story work with animation so unappealing? Don’t get me wrong, I can certainly see the point of going 3D CG for a show like this, as when it comes to the action sequences, and the special effects, 2D just wouldn’t have done a show like this justice. But when it comes to close-up facial animation, and especially the emotional performances, Ajin falls flat. You are solely reliant on the voice actor performances to carry the emotional story, and thankfully they manage this with aplomb (in the Japanese version at least), but once again I’m reminded of just how few anime manage to make 3D CGI work when it comes to storytelling. Things really haven’t moved on in the last ten or so years. 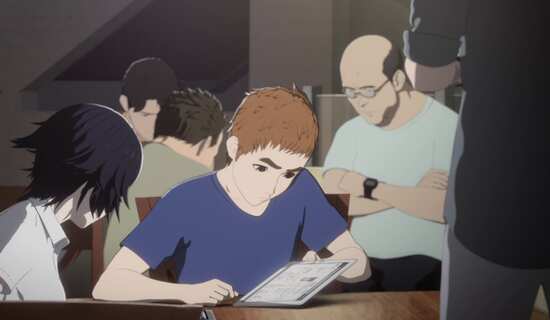 Yet Ajin’s story is so good. The characters are engaging and well written, while the action is thrilling and the story is perfectly paced as well. The developments and revelations come thick and fast, but never fast enough to overwhelm. If you saw Part 1, you might have thought, or had the suggestion that Ajin would go in a different direction, focussing more on the psychological aspects of these strange immortals, the ‘ghosts’ that they can exude, and the difficulties they have in being part of society. And given the Sato character, his apparent motivations and stated intent, you might also have expected another, long term direction to the story. But in the end, neither of these things occurs. The nature of the Ajin and the way they relate to the world is more a motivating factor to what occurs rather than being front and centre, while it turns out that Sato’s motives have no endgame, there is no long strategy playing out, but something a lot more immediate, visceral, and able to fit in the space of the thirteen episodes in this collection. 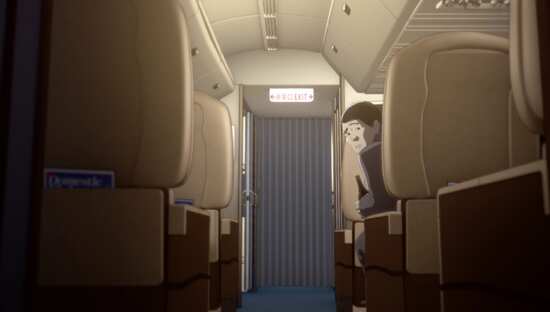 Sato and his cabal of immortal terrorists have nothing less than the overthrow of the government in mind, although they are working their way up to it through a series of ingenious assassinations (but as mentioned, Sato’s real plan is quite different). Theorising that “the enemy of my enemy is my friend”, Kei and Nakano wind up joining Tosaka’s anti-Ajin group to work together against Sato, although as you might expect, personality clashes ensue when the government group have to work with two of the very Ajin that they’ve clashed with previously. Seeing as Sato is keen on announcing his plans to the world to more relish the challenge (he’s still quoting from the book of John “Hannibal” Smith from the A-Team), they’ve got a heads up on the assassination target list. Their plan is to ambush Sato at an assassination that they can anticipate, so while they wait, it means a whole lot of training for Kei and Nakano. 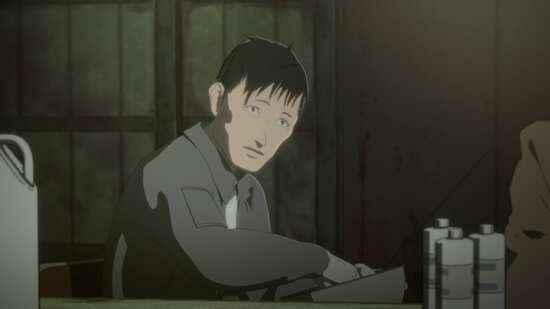 In the end, things don’t go to plan, and the stakes get raised even higher for the climax of the story. You can tell why Netflix went for Ajin. It’s got that ‘one-episode-more’ compulsion that gets people binge-watching, and the story is excellent. I was hooked for the duration, and I didn’t even begrudge the obvious plea for another season that came after the conclusion of the story. There are even a couple of provocative loose ends, but the only disappointment comes with the way that Kai becomes something of a throwaway character by the end of the show, as well as the way Kei’s sister is really only used as narrative breathing space, someone to cut to in hospital when they need to ease up on the action for a beat. 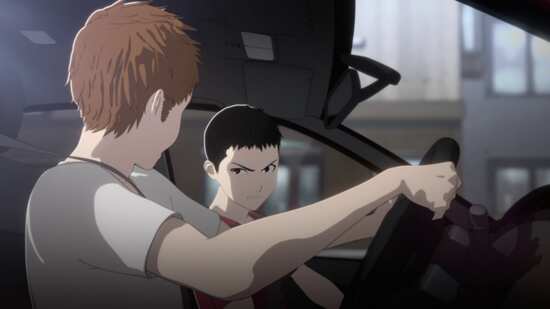 The 3D animation has its strengths, and its failings, but I loved the story in Ajin: Demi-Human. The Blu-rays are of fair quality (a little more banding than I’d like) but the Collector’s Edition presentation is really nice. If you usually turn your nose up at 3D CG anime, then make an exception and give Ajin a chance. You might just be pleasantly surprised.