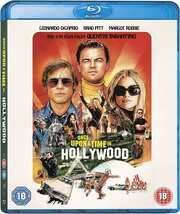 Once Upon a Time in... Hollywood (Blu-ray Details)

Review for Once Upon a Time in... Hollywood

I think it’s probably my midlife crisis, but I’ve found that I’ve suddenly developed an appreciation for period films set in the seventies. Once the responsibilities of adulthood start being felt in your bones, you start pining for the days when all that nonsense was taken care for you, and you had no other responsibility besides going to school to play with your friends, and coming home to watch TV and play. For me, that was the seventies, and ever since I watched Life On Mars, I’ve found a soft spot for modern films and shows set in that era, like American Hustle and The Nice Guys. Once Upon A Time In... Hollywood is set in 1969, but that’s close enough for me. It’s the ninth movie from Quentin Tarantino, a story about the industry he knows the best. 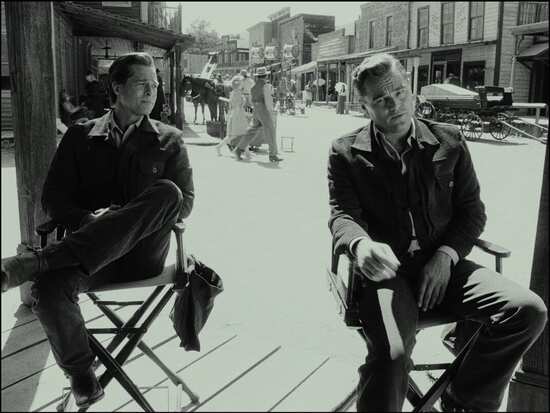 Rick Dalton is an actor whose career is on the downslide. He hit it big in a TV series in the fifties, and made a few movies, but now he’s getting smaller and smaller roles. His agent suggests that he goes to Italy to make spaghetti westerns, but he’s sceptical. His best friend is also his stunt double, Cliff Booth, a war veteran who works as Dalton’s gofer, although he finds it hard to get work as a stuntman given the rumours around his wife’s death. Rick lives next door to the Polanski mansion, where Roman Polanski and his wife Sharon Tate live. Then one day when Rick is on set, Cliff gives a hippy girl a lift back to her creepy commune. It’s February 1969...

Once Upon a Time In... Hollywood gets a 2.39:1 widescreen 1080p transfer with DTS-HD MA 5.1 Surround English and French, and DD 5.1 Surround Audio Descriptive English and French, with subtitles in Arabic, Dutch, English and French. Tarantino loves celluloid, and this film is an embarrassment of riches when it comes to cinema. The main film uses something akin to period film stock that gives the feature a lush, warm colourful feel that is reminiscent of Westerns from the late sixties and early seventies. Films within the film are shot as 1.78:1 for some cinema, and monochrome 4:3 for TV and it all looks fantastic, and fits in with the use of some stock footage as well. The image is clear and sharp, and rich with colour and detail, with solid contrast as well. The audio is fine, an excellent and immersive surround track which keeps the dialogue clear, and makes the most of the eclectic music soundtrack which should be expected from a Tarantino film. 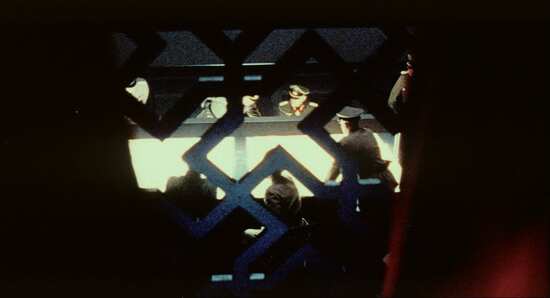 You get one disc in a BD Amaray case. The disc boots to an animated menu,

There are also the following featurettes.

Once Upon A Time In... Hollywood is Quentin Tarantino’s most indulgent film yet. The clue is in the title of one of the featurettes, Tarantino’s Love Letter to Hollywood. Love letters are personal affairs, meant to be shared between two people alone, with the shared context and personal experiences behind that, not shared with the world, but here we are, all looking at Tarantino’s intimacy with the film industry. The film has plenty of problems, especially for people who don’t share that love affair.

Another thing is that the film never gets going. In any other movie, I usually give it a few minutes, half an hour at the most for it to set its stall, define its genre, its characters, and set the story in motion. With Tarantino films, you have to give him a lot more latitude, as he’s far more devoted to playing with his characters, and not as wedded to the idea of linear storytelling. But as I said, Tarantino was really indulged with this film, and two hours in, I had no idea of what it was all about. It played out with a series of vignettes in these characters’ lives, often only loosely linked, and with no apparent direction. In effect we get two hours of character development before the story even starts, and that story really only boils down to one scene. Tarantino’s filmography has by this point taught audiences to give him more latitude to tell the story he wants to tell, but this is pushing it.

Naturally it’s overlong, as with most Tarantino films, but once again, all of the characters sound like Tarantino. His dialogue is always distinctive, but he very rarely writes in any other voice. When an 8 year old girl talks like Tarantino, that can throw you out of a film. But the biggest issue for me is that it’s just like Inglourious Basterds, in that it’s another revisionist what-if fantasy; something you only find out at the end of the film. It’s pure wish fulfilment on the part of the writer/director, and it’s clear that this is a vision of Hollywood as Tarantino wanted it to be, not Hollywood as it was.

My immediate reaction to Once Upon A Time In... Hollywood was one of disappointment, a feeling of being cheated, of being given a film that did not meet my expectations. The very nature of the story, the setting means that it’s not going to ape any other Tarantino film. Other than one violent incident, it’s not a film with much in the way of action or intrigue, and given that the end of the film rewrites history, I had to question the investment I made into the film. But having slept on the experience, I’m feeling a lot more favourable towards it.

Tarantino still can spin a great yarn, and the way that he has recreated his gold tinted vision of a bygone Hollywood is really enchanting. The drama and suspense that he engenders in the story, can keep you at the edge of your seat, even with the rather mundane nature of the events that unfold. The characters are vivid and fill the screen, and you can just live with them for a couple of hours and revel in the experience. It is his most self-indulgent film, and it could be argued as his weakest, although if you’re as invested in the era and the industry, you could call this his best film. It’s well worth watching at any rate, just be aware that the film will eventually end before you’ve realised that it has started.

Actually, I might get on board with Tarantino’s revisionist histories. I look forward to a Princess Diana film, where Samuel L. Jackson gets mediaeval on the asses of a bunch of paparazzi, and his 9/11 movie, where an FBI unit goes rogue and starts hunting down suspected terrorists.