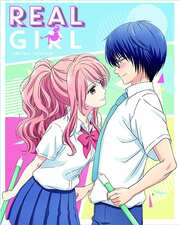 Real Girl’s original title, 3D Kanojo: Real Girl gives a far clearer idea of where this show is coming from. It’s the oft-repeated character trope and associated clichés in many anime shows, that otaku fanboys are so disassociated and disillusioned with the real world that they choose to form one-way and eternally unrequited relationships with the ‘2D’ girls of their choice, the anime and videogame characters that they wind up investing all of their emotions in. They eschew and denigrate the real world, and the 3D girls that live therein as beneath their notice; adopting a sense of moral superiority that always fails to cloak the inferiority complex that live with day in and day out. Incidentally this is usually a comedy character trope, even if reading back what I just typed threatened to send me into a pit of depression. At least it’s less destructive and offensive than the so called ‘incel’ movement. Anyway, the question posed is what happens when one of these 2D girl devotees actually gets a real girlfriend. That’s the premise of this anime romantic comedy, Real Girl. 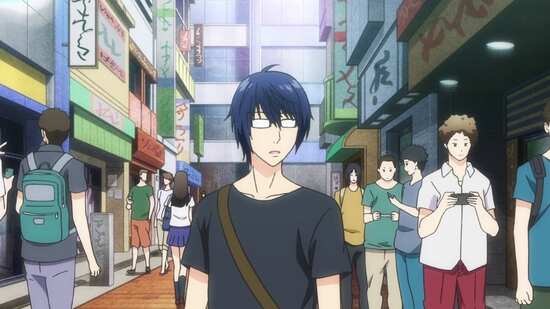 Hikari Tsutsui is the geek in high school, the otaku that spends his time obsessed about anime, games and manga. He would be the class loner, only his friend Ito shares his obsessions. Iroha Igarashi has her share of problems too, she’s got a reputation for being easy with the boys in school, and consequently no girl wants to know her. They’re not the kind of people that you’d expect to spend any time together, and you’d be right. If it wasn’t for both of them being late one day, and being made to serve detention together cleaning the school swimming pool, they would never have spoken to each other. But they do, and spend a little time together. But it’s when Tsutsui saves her from an over attentive creep in school, and get pummelled for his temerity, that she sees something more than just a geek in him, and she asks him out. Can an otaku have a real girl for a girlfriend? 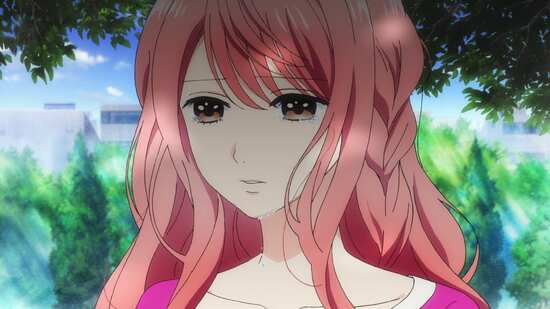 24 episodes of both seasons of Real Girl are presented across three Blu-rays from MVM. 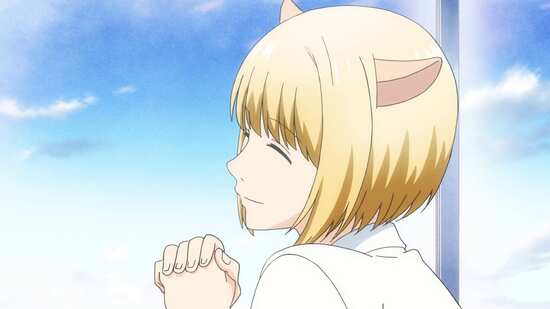 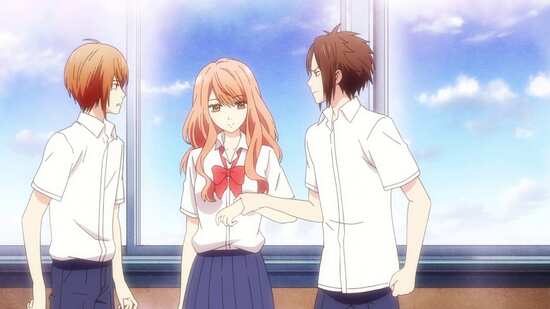 Disc 3
19. Regarding the Troubling Invitation From My Girlfriend.
20. Regarding When My Friend and My Maybe Friend Became Official.
21. Regarding My Choice to Have No Regrets in My High School Life.
22. Regarding My Thoughts on the Sacred Mysteries of Life
23. Regarding My Last Promise to Her
24. Regarding Her Future and Mine. 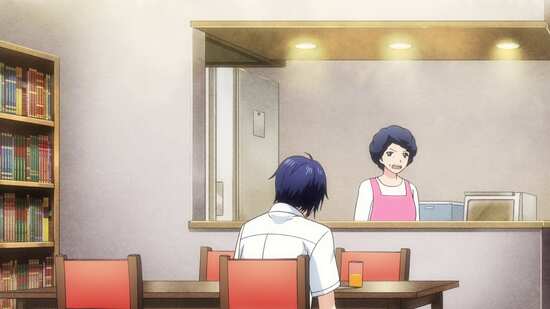 Real Girl gets a 1.78:1 widescreen 1080p transfer on these discs. It’s just what you’d expect from a Sentai anime release. The image is clear and sharp, colours are consistent, and the animation is smooth. There are no visible signs of compression, but there is a hint of banding, especially in darker scenes. Real Girl isn’t the greatest animation ever made. The character designs are simplistic, while the animation is pretty limited, to the point that you might think that it’s animated on cel and paint in the old way, before the freedom of digital animation came along. It’s a pretty static show, and on top of that, the characters don’t always stay on model. Episode 8 in particular looks as if it’s done on the cheap. 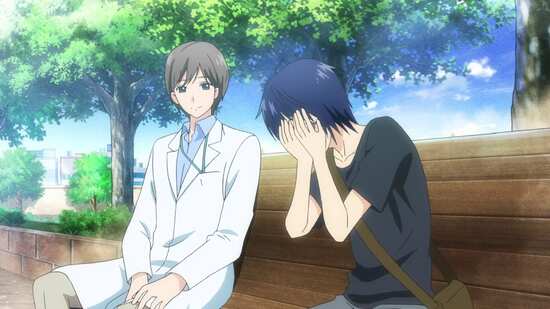 You have the choice between DTS-HD MA 2.0 Stereo English and Japanese with subtitles and signs locked to the appropriate track. I stuck with the Japanese audio for the duration and was happy with the experience. The dialogue is clear throughout, and the subtitles are timed accurately and are free of typos. The actors are suited to their roles, and give sympathetic performances. The show gets some nice theme songs, and the incidental music serves the story well. 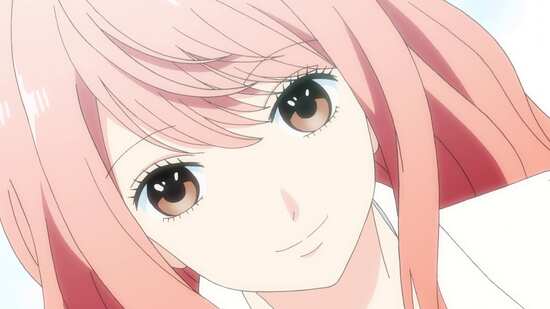 The discs boot to static menus, and each episode is followed by a translated English credit reel.

The extras on disc 3 comprise the following... 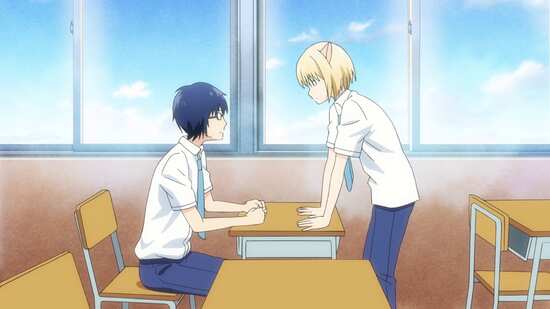 I haven’t seen any of the physical extras that come with this collector’s edition release to comment. 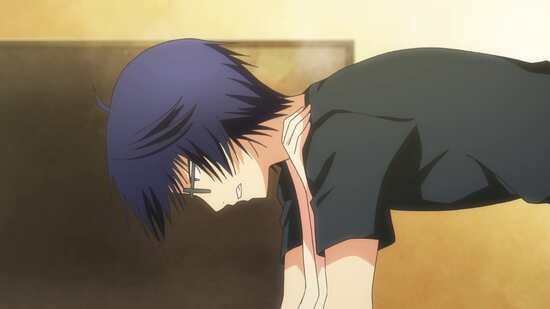 I was all over the place with Real Girl, an odd experience indeed, as I went from loving it, to liking it, to loathing it, to liking it again, as it unfolded over 24 episodes, and its flaws were gradually revealed. This certainly isn’t a perfect show by any means. In the end, Real Girl is a pretty watchable romantic comedy drama with some likeable characters, and a fairly decent story. It’s schmaltzy to say the least, and the way it tugs at the old heartstrings isn’t exactly subtle, going straight for the clichés, but it’s easy to let it plays its blatant games with your emotions, so you get the appropriate feelgoods when it ends. But there is something obviously missing from the story, and depending on what you look for from your romantic comedy dramas, it might be a deal-breaker. 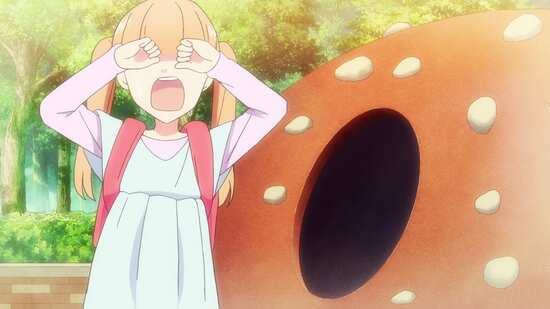 When the show starts, it has something of a Toradara vibe to it, with the outsiders in class, the otaku geek and the girl who all the boys like and all the girls hate hooking up. What impresses about Real Girl is that it isn’t shy about developing the relationships, and doesn’t indulge too much in the usual anime rom-com clichés, the awkward stumbling first loves that never actually get started for all the crossed wires and mixed messages. In Real Girl, first loves develop into relationships and those relationships develop even further. It wouldn’t be much of a story if it was just Tsutsui and Iroha at the heart of it, so once they get together, their joy turns out to be infectious. 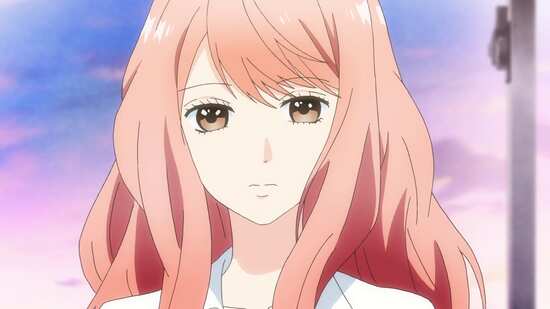 Tsutsui isn’t the sole otaku in the class; his best friend Ito is one too, and they soon encounter another otaku from a neighbouring class, a girl named Ayado who is shunned by her classmates, and who spends her free time in school growing veg in the school garden. There’s a girl named Ishino in Tsutsui’s class who’s ignored the geek to this point, but her innate romantic gossip is stirred when she sees that he’s going out with Iroha, and she starts hanging around them hoping to get some love vibes by osmosis and snag a boyfriend of her own. 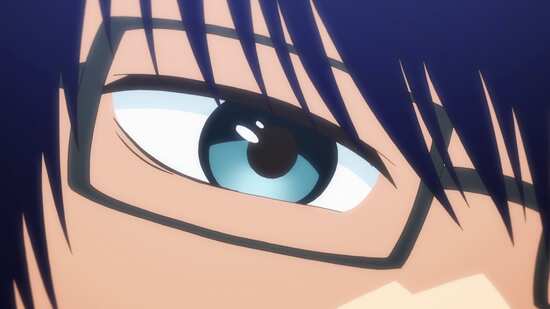 Then there is Mitsuya, a boy who has a crush on Iroha at first, and decides to do whatever it takes to steal her from Tsutsui. He takes it too far, but his little sister Anzu goes to school with, and is friends with Tsutsui’s little brother Kaoru, and Mitsuya’s actions wind up hurting them both. Apologies ensue, by which time he’s gotten to know Tsutsui a little better, and he gradually starts hanging around the group too. There’s plenty of opportunity for relationships and pairing off, although there are a lot of kinks to be worked out along the way. 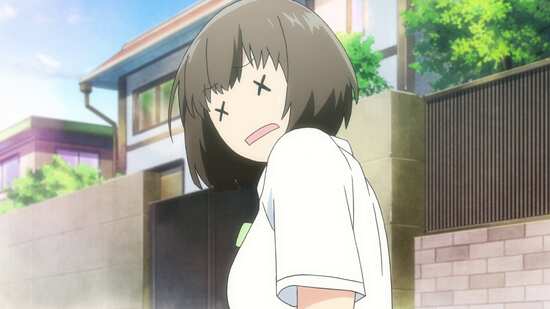 But at the heart of the story are Tsutsui and Iroha, and that enigmatic timeline that she imposes on them, that their relationship has just six months before she moves away. It’s a deadline that hangs over the whole series and ultimately the conclusion as well. Yet while the show is initially promising, it quickly becomes apparent that the story doesn’t quite have the chops to live up. It becomes rather pedestrian and strangely lacking in drama, or what drama there is seems very contrived, and easily defused, with six idiosyncratic but emotionally balanced individuals never really challenged by the intensity of their emotions. These are teenage first loves that feel rather muted and tame. 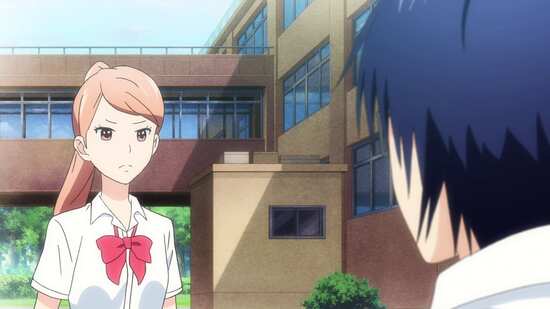 I did mention loathing the show at one point. Let me check my notes for episode 11... Ah, in capital letters “NOT ANOTHER ****ING SIS-CON CLICHE!?” is what I wrote. A character is introduced as a monkey-wrench in the story, an obvious bit of contrived drama, and an impediment for the main characters. This leads to the climax of the first season in episode 12 by which point I was prepared to throw the discs into the circular file, so much do I loathe the line “but we’re not actually related by blood”. 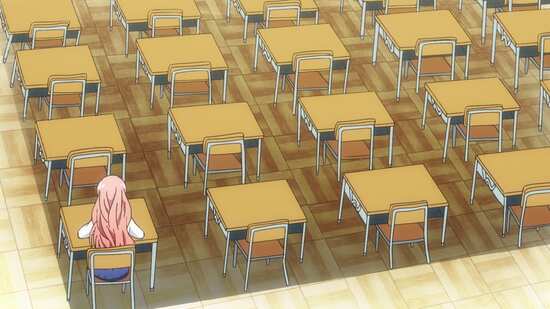 I was expecting the show to plummet into the depths of anime hell thereafter, but when season 2 begins, the loathsome character is gone, and he stays gone as well, at least until the final episodes in the story by which point his role in the tale has changed enough for it not to matter anymore. The trials and tribulations of first love have rarely been as tepid as in Real Girl, but the show turns out to be entertaining enough, and while the ending is utterly contrived and obviously manipulative, you can’t help but be charmed by a pleasant, happy ending, which at the very least doesn’t feel unearned. 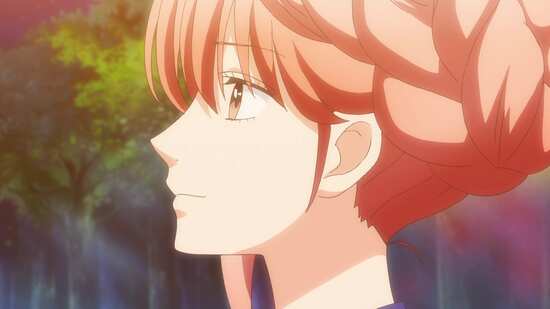 The characters are likable, the story holds the attention, and Real Girl manages to entertain for the most part. It’s not particularly memorable or special; in fact I’d describe it as Rumbling Hearts but with all of the drama, and most of the emotion taken out, but Real Girl’s soap opera-lite does have a charm to it. The Blu-rays are as you would expect from a Sentai sourced release, but be aware that this isn’t an anime with sky-high production values.