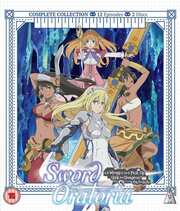 Sword Oratoria: Is It Wrong To Try To Pick Up Girls In A Dungeon? On The Side (Blu-ray Details)

Review for Sword Oratoria: Is It Wrong To Try To Pick Up Girls In A Dungeon? On The Side

I may have reviewed the collector’s edition for this ridiculously long title show, but when it came to the check discs, I got the throwback NTSC-PAL standards converted DVDs instead of the Blu-rays. Those DVDs aren’t really good for anything, unless you’re watching it on a 40 year old 12 inch portable TV where you can’t tell the difference. When a convenient MVM sale turned up, I placed an order for the Blu-rays to take a second look, this time in crystal clear high definition. 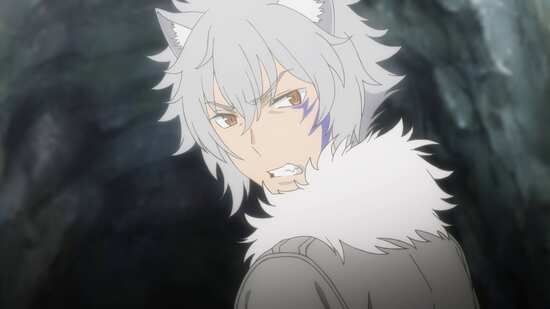 Sword Oratoria: Is It Wrong To Try To Pick Up Girls In A Dungeon? On The Side is what the title suggests, a side story that goes in parallel with the first season. This is the story as it focuses on swordswoman Ais Wallenstein, who so humiliatingly rescued Bell Cranel from a rampaging minotaur at the start of the first season... She does it again here. 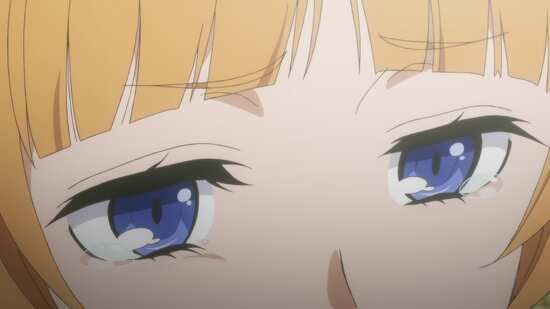 Sword Oratoria focuses on the Loki Familia. The original series might have introduced us to Bell Cranel, sole member of Hestia’s Familia, one goddess and her follower slumming it somewhat, but more renowned gods have Familia with far greater status and prestige. Loki’s Familia has among its number the renowned Sword Princess, Ais Wallenstein. She also has a new member in the ranks, Mage Elf Lefiya Viridis, who is eager to prove herself, and who nurses a strong crush on Ais. Lefiya’s biggest problem is her lack of confidence, not helped by her needing rescuing so often. Ais isn’t exactly a people person, and her confidence is about to take a knock too, as sinister machinations are afoot in the city, among the gods and in the dungeons. 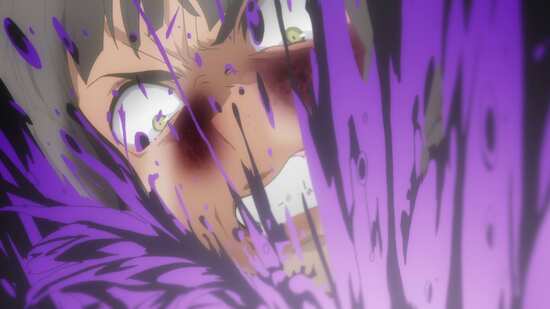 12 episodes of Sword Oratoria are presented across two Blu-ray discs from MVM.

Disc 1
1. The Sword Princess and the Elf
2. Fittings and Purchases
3. Festivals and Courage
4. The Murder and the Jewel
5. The Red-head and the Lone Ruler
6. Subjugation and Escape
7. Requests and Divisions
8. The Corruption and the Maiden
9. Training and Jealousy 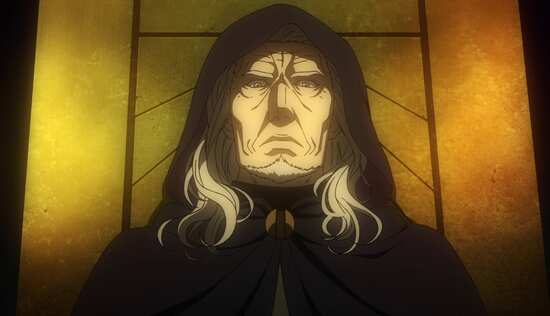 Sword Oratoria gets a 1.78:1 widescreen 1080p transfer on these 2 Blu-rays, with the same source as Sentai’s release in the US. Given the experience of the DVDs that were included in the hybrid Collector’s Edition, and the stand alone DVD release, I have really been looking forward to watching the Blu-ray, and I’m happy to say that I’m not disappointed. The image is clear and sharp, detail levels are consistent, as are the colours, and there are no issues with compression, or aliasing while banding is kept to a minimum. 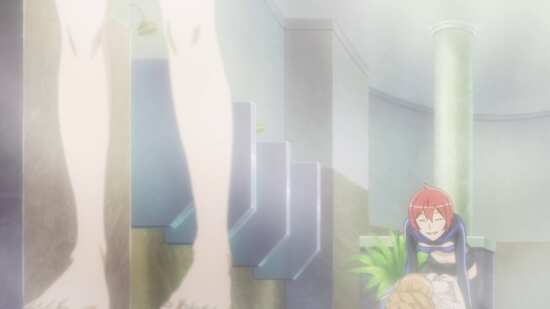 The NTSC-PAL standards conversion on the DVDs did no justice to this fantasy adventure show, so it’s good to say that the Sword Oratoria Blu-rays are on a par, and consistent with the Danmachi Season 1 Blu-rays I previously reviewed. It’s an elaborate fantasy world, great character designs, and effervescent animation, and these Blu-rays do the show justice in just the way that I had hoped. 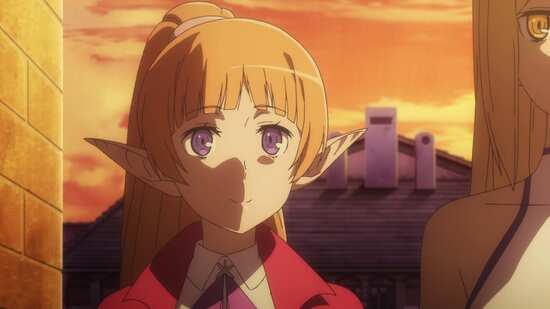 You have the choice between DTS-HD MA 2.0 Stereo English and Japanese with locked subtitles and signs. I tried and failed with the English dub, so Japanese is the way to go here, with spirited characters, and the stereo bringing the action across well. I particularly liked the music in this show. While the theme songs might be forgettable, the incidental music is really well done, rousing and driving the action when required, but becoming quite quirky and whimsical for the relationship comedy. The subtitles are accurately timed and are free of typos. 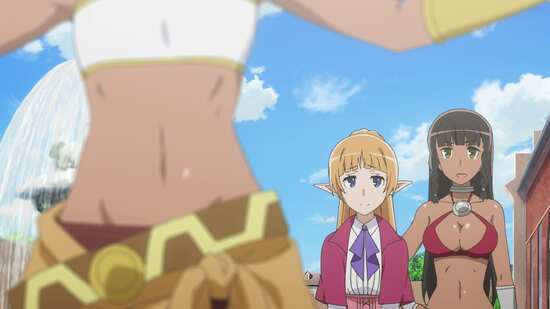 The standard Blu-ray release has two discs on each inner face of a BD Amaray case.

The discs present their content with static menus. Each episode is followed by translated English credits. 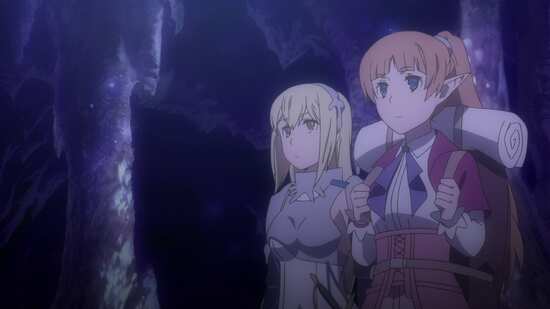 The extras are on disc 2, the textless opening, two textless closings, and 5 Japanese promos for the show running to 2:36. There are also trailers for Monster Musume, FLIP FLAPPERS, Chivalry of a Failed Knight, and GATE. 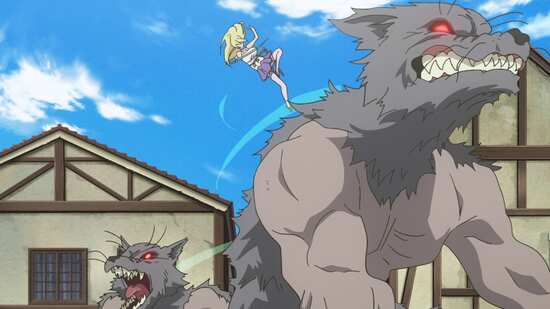 When I reviewed “Is It Wrong to Try to Pick Up Girls in a Dungeon?”, I found it to be an enjoyable, but ultimately thin and trivial experience. It’s set in a world that accomplishes the incongruous, making a universe conform to the rules of a role playing game, and there are plenty of machinations and schemes as the gods play games with the lives of adventurers. That show pushed much of that to the background to instead concentrate on the day-to-day lives of a goddess and her sole believer, Hestia (she of the boob-ribbon), and Bell Cranel, although Bell’s path would repeatedly cross with Ais Wallenstein’s. It was a lot of fan service and silliness that promised much, and delivered little. 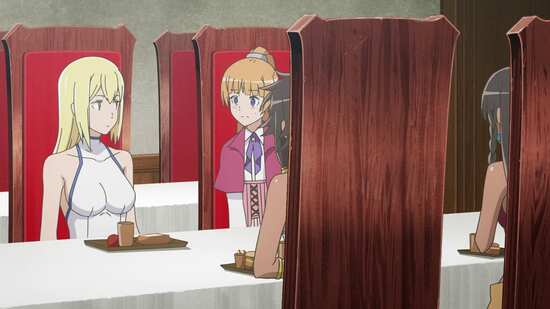 Now the sequel (or rather sidequel) is here, and you might be forgiven for expecting more of the same. But Sword Oratoria really does improve on things, and it has the added effect of making Is It Wrong to Try to Pick Up Girls in a Dungeon? seem better as well, one of the unexpected advantages of having its story occur concurrently with Bell Cranel’s. Sure enough we get to see those encounters with Ais Wallenstein again, this time from Ais’ perspective; giving them added weight and meaning. But more importantly, Sword Oratoria is Ais Wallenstein’s story, and the focus is on her Familia, the Loki Familia. There’s more of a cast here, as she has plenty of comrades; this show’s emphasis is on the relationship between Ais and a trainee mage, an elf named Lefiya. Lefiya has all the signs of nursing a big crush on Ais, and it’s fun to watch that character dynamic play out, as Lefiya uses Ais’ example as one to aim for, to better herself. 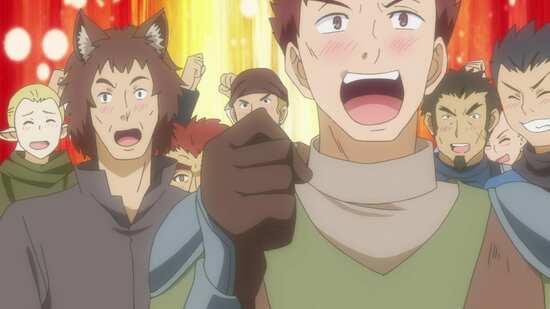 With the Loki Familia a big player in the dungeon crawling scene, we also get a whole lot more in the way of politics. The back story really does come into play in a way that was pretty much neglected by the original series, and we get to see what’s behind all the strange goings-on in the city and in the dungeon. Most notably we find out what was behind that stampede of monsters that forced Bell Cranel into levelling up at one stage. 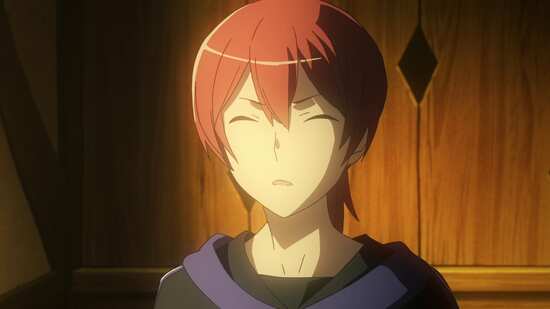 Ais’ fascination with Bell Cranel is explored here, the neophyte adventurer who’s apparently on the fast track to great things also inspires Ais’ desire to become stronger, and as she ventures into the dungeon time and again, she gets drawn into a mysterious conspiracy, where new species of dangerous monsters are appearing with unexpected abilities, and it turns out someone is manipulating them, someone who knows of Ais Wallenstein’s past. The temptation to learn that past draws Ais and her friends in the Loki Familia deeper into the dungeon than anyone has ventured. 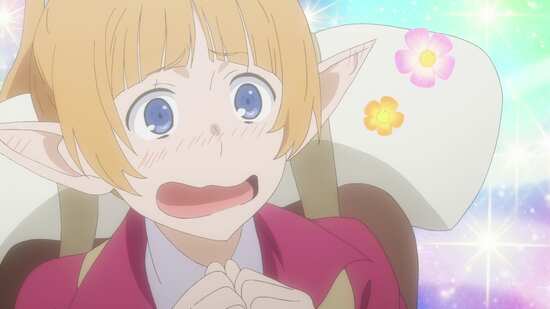 Sword Oratoria gets its triumvirate of action, comedy, and story balanced in a way that the first series failed to, and as a result, it’s a lot more rewarding to watch. But as it fills in some of the background that Is It Wrong to Try to Pick Up Girls in a Dungeon? neglected to, it actually makes it useful to watch both shows side by side, improving the viewing experience with that show as well. This second viewing of the show was even better with the Blu-rays. Normally DVDs are good enough to watch, but Sword Oratoria’s SD option really was a poor effort compared even to other DVD releases. The Blu-ray discs are of the quality that you’ll have come to expect from Sentai Filmworks.