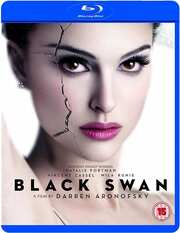 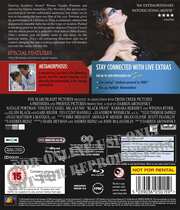 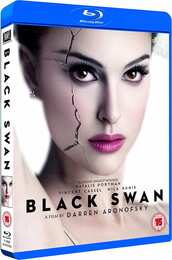 Black Swan is another one of those films from the last decade or so that I feel duty bound to watch, simply because of the splash that it made on first release, and how critically acclaimed it was, but a large part of me has been shying away from it as ‘not my thing’ for the last couple of years, as it lay languishing in my to-watch pile. The thing is that there was a time early on when I really did want to watch Black Swan, a film built around the Swan Lake ballet, but for the life of me I can’t remember why. I suppose it will come to me. Either way, this is a Twentieth Century Fox title and this is where I insert my usual warning to get the film now if you want it, given that Disney, the new owners of Twentieth Century Fox, are doing their best to erase that particular name, and let the catalogue fall out of distribution. Besides, I don’t think this particular Swan Queen will sit comfortably with Disney’s roster of princesses.

Nina Sayers is a ballet dancer who finally sees her chance for stardom when the company director Thomas Leroy decides that their next performance will be Swan Lake. Nina’s purity and pursuit of perfection makes her ideal for the White Swan role, but she lacks something essential for the Black Swan, the dual role that the lead in Swan Lake has to dance. When Thomas pushes her hard to develop for the role, Nina’s already tenuous grip on reality starts to slip.

Black Swan gets a 2.40:1 widescreen 1080p transfer on this disc with optional DTS-HD MA 5.1 Surround English, Dolby Digital 5.1 Surround English Audio Descriptive, Spanish, Portuguese, and DTS 5.1 Surround Spanish, German and Italian. The audio really suits this film well, immersive with subtle yet effective sound design, and of course the Swan Lake themes as well in various levels of orchestration. The image quality is a little disconcerting at first, almost feeling like a documentary, with the subdued feel of early digital camerawork. That’s without the usual issues with black levels though, and in terms of detail and clarity, this transfer is excellent. But that documentary feel makes the use of CGI when it comes, feel very understated and unobtrusive; all the more effective.

You get two discs in a BD Amaray case, one on each inner face. The Blu-ray is self-evident; the DVD on the other hand only has the film in digital format for transfer to PCs and other devices. The beauty is that there is no expiry date. The downside is that not a lot of PCs have disc-drives of any kind these days.

The Blu-ray autoplays trailers for Love & Other Drugs, Never Let Me Go, and Water for Elephants before booting to an animated menu. There are Live features accessible on an internet connected player, although whether the server is still active is another matter. The extras on the Blu-ray comprise the following.

There are a handful of featurettes under the Fox Movie Channel Presents banner.

As you can see, other than the main making of featurette, the rest of the interviews are of the short sound-bite variety, making you wish for a Play All button.

It wasn’t long before I recalled why I was interested with Black Swan to begin with, and it’s not from a positive place. It turns out that there are now two Hollywood films that you don’t show anime fans, lest you want to be on the business end of an accusatory finger. I watched Inception and cried Paprika, and now with Black Swan, all I could think about was Perfect Blue. If you’re going to be inspired by an anime creator, you couldn’t choose better than Satoshi Kon to be inspired by, but both Christopher Nolan and Darren Aronofsky apparently denied any direct inspiration, although in the case of the latter it seems he has, or had at the time the rights to remake Perfect Blue as live action. The similarities are undeniable though, both stories about performers on the verge of greater stardom, but who are asked to sacrifice so much that the state of their minds is threatened, their perceptions of reality called into question. There are differences in motivation, and Perfect Blue’s tale of a pop idol wishing to become an actor is more of a psychological thriller compared to Black Swan’s unsettling character study of a ballet dancer wanting to be the star. But stylistically and tonally both films have more in common than not.

However, Black Swan does give an interesting insight into the world of ballet that is certainly educational when it comes to the sheer effort, training, and sacrifice that dancers have to put in just to perform on a regular basis. To continue the swan metaphor, this film takes the audience beneath the water to see the bird paddling frantically while looking serene and effortless above the surface. It also reveals the characters of the dancers backstage with that disastrous mix of personalities you get when friends are rivals at the same time, and tempestuous explosions are par for the course. You can see why Nina Sayers is so dedicated and single-minded when it comes to her career. It quickly becomes apparent that she has known little else in her life. She’s twenty-eight and still living with her mother; herself a former ballerina who now lives vicariously through her daughter and controls her life to ensure she stays on track.

The director of the ballet, Thomas Leroy is single-minded about doing whatever it takes to make the best performance, and that begins by ditching the former star of the company for someone fresh and new. Swan Lake requires a dancer to play two roles, that of the Swan Queen, elegant, pure and perfect, and the Black Swan, wanton, lustful and uninhibited. Nina is perfect for the Swan Queen, but when it comes to the Black Swan, her lack of life experience makes her ill-suited for the role. But when she shows determination to get the role, Thomas is willing to do whatever it takes, no matter how inappropriate to mould Nina for the part, including awakening her to her sexuality. Things are made complicated by the arrival of a new dancer, Lily, who has the characteristics for the part of the Black Swan, and as well as becoming a friend to Nina, also becomes a rival to compete with. The more Nina gets closer to being ready for the part, the more her sanity begins to slip as life imitates art.

It’s probably a case of which film you watch first, or rather which film you fall in love with first. Every time I’ll watch Black Swan I’ll be reminded of Perfect Blue, a film to my mind which to my mind did it better. Of course if this is the film that you saw first, or indeed if anime isn’t your bag, then Black Swan will certainly impress, and you will feel that it’s worthy of the acclaim that it has garnered. It’s put together really well, with excellent performances, and it takes you on a ride that has you hooked for its runtime, and it tells a very effective story. As I said, with Disney letting the Fox name vanish from shop-shelves, get this film now if you want it, as the chance may not be there in the future, and this Blu-ray presentation does the film justice.