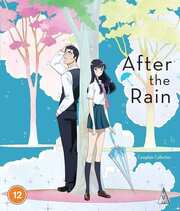 After The Rain Collection (Blu-ray Details)

Review for After The Rain Collection

There was a time when I looked forward to the particular logo at the head of this disc. Anime from the noitaminA programming slot had a reputation for being innovative and playing to different audience demographics. We’re talking shows like Honey and Clover, Eden of the East, The Tatami Galaxy, Shiki, Princess Jellyfish, Wandering Son, Anohana, Bunny Drop, Kids on the Slope, Psycho Pass, Tsuritama, Silver Spoon, Samurai Flamenco, and so on. There are a whole lot of my favourites in there, and even if you didn’t like the show, chances were that it would be unlike anything in the mainstream anime industry. But then in 2016, noitaminA signed an exclusivity deal with Amazon to digitally distribute their shows. Amazon aren’t exactly known for their physical media presence, and new noitaminA shows on disc really dried up for a couple of years. 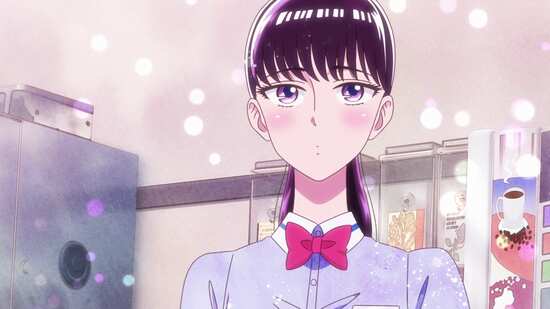 That exclusivity arrangement ended in 2018, but it’s really only now that we’re starting to see shows from that period come out on disc. Anime Limited have given us Erased and Manga have brought out Kabaneri of the Iron Fortress, while MVM gave us Scum’s Wish. Now MVM are giving us After the Rain, a romantic tale about a high school girl who falls in love with the manager of the restaurant where she works part time. If you’re having twinges of déjà vu at this point, that probably means that you too have seen Ristorante Paradiso. Hopefully After the Rain will do enough to establish its own identity and worth. 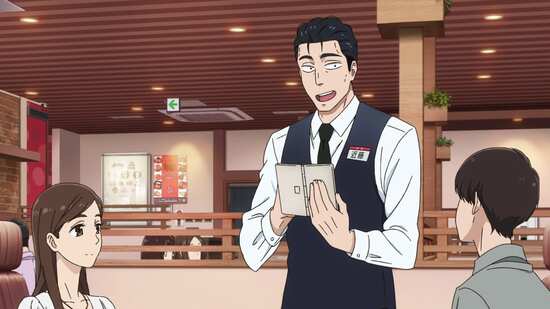 Akira Tachibana was a rising star in the school track and field team, until an injury cut her career short. It was a rainy day walking home from rehab when she took shelter in a restaurant, and was moved by the kindness of the manager. Now she’s got a job as a waitress in that restaurant, and she’s falling in love with the manager. The only problem is that she’s seventeen, and he’s a 45-year-old divorcee with a young son. 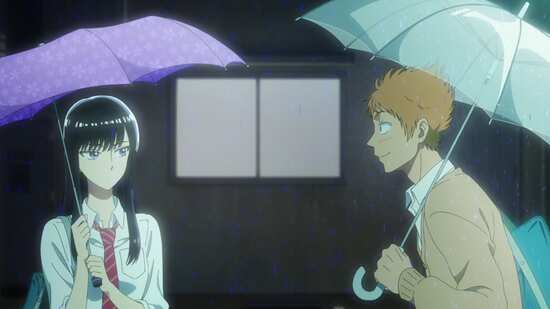 12 episodes of After the Rain are presented across two Blu-rays from MVM. 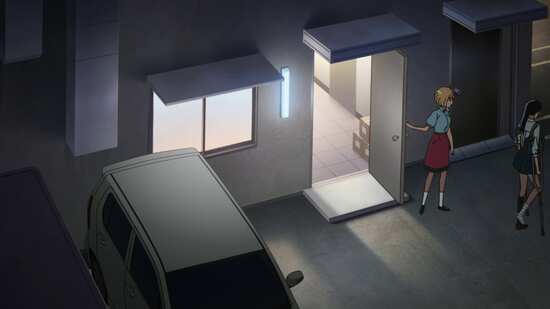 After the Rain gets a 1.78:1 widescreen 1080p transfer on these discs. The image is clear and sharp, colours are consistent, and there is no issue with compression or aliasing. If there is digital banding, I only noticed it during scene fades, not even darker scenes were noticeably marred. The animation is smooth, and it’s all very watchable. After the Rain is more of a rom-com with a few elements of drama, aimed at a slightly more mature audience than the usual anime comedy. It tells in the look of the animation, with a realistic world design, and character designs which are a tad more realistic too, although still prone to the usual anime shortcut depictions of emotion. There’s also plenty of rain, notoriously hard to animate. It’s no Weathering With You, but After the Rain manages to hold the attention with its visuals. 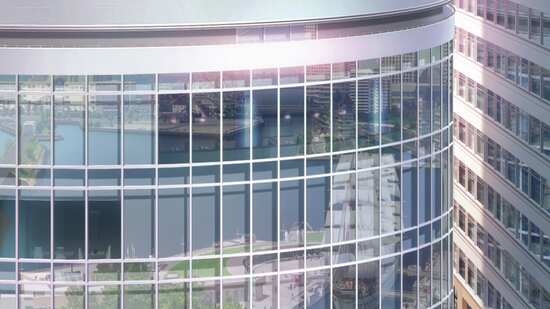 You have the choice between DTS-HD MA 2.0 Stereo English and Japanese, with translated subtitles and a signs only track locked during playback. My preference as always was for the Japanese audio, and what I sampled of the English dub justified my decision. The Japanese actors are suited well to their roles, getting the emotion of the piece spot on. The subtitles are free of typos and accurately timed, and the show gets some really nice music, both in terms of the score, and the theme songs. 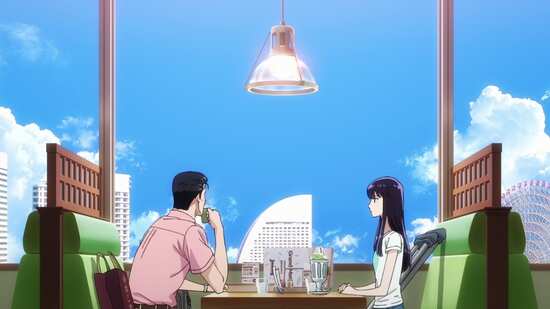 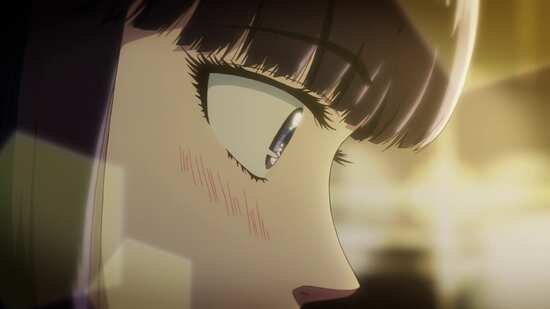 My initial worry was that After the Rain would follow a similar path to Ristorante Paradiso. I needn’t have worried, as the show turned out to be quite different. While the initial, obsessive love that a seventeen year old girl develops for a 45 year old restaurant manager might seem a similarity, the show doesn’t share those fetishistic elements regarding food, or indeed spectacles that marked Ristorante Paradiso. Similarly a chain restaurant in Tokyo doesn’t have the same romantic charm of an exclusive little restaurant in Italy. And ultimately, when After the Rain comes down to it, it’s about something completely different. 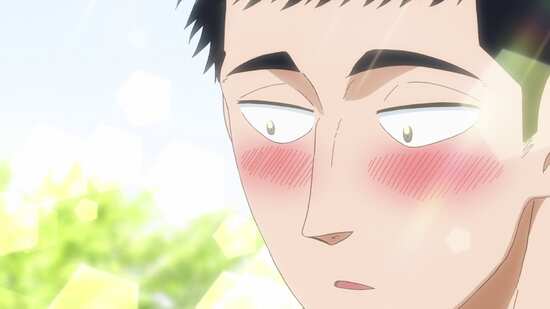 After the Rain is about healing, it’s about two people who have been broken by events and circumstances, finding something in each other that helps them heal, something that they can’t find anywhere else. The obvious nature of Akira Tachibana’s injury is apparent in the premise of the story. She was the star athlete on her school’s track team, a sprinter with a bright career ahead of her, when an injury took her out of the sport, and knocked her confidence for six. It also put a strain on her relationship with her best friend Haruka, as they had promised to succeed in the sport together. 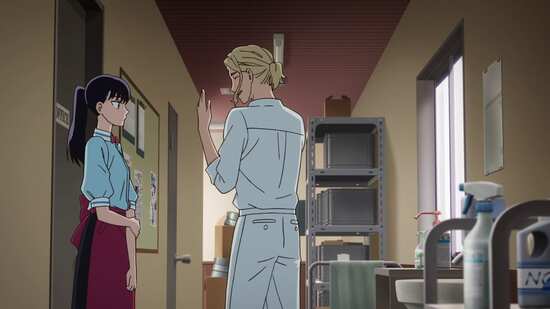 Her Achilles tendon required an operation, and as the story begins, she’s left the track team, and is now working as a waitress in the restaurant, where it quickly becomes clear that she has a big crush on the floor manager Masami Kondo. He’s a forty-something divorcee with a young son, and an unlikely love interest for the teenager; although as the story unfolds we learn why she fell for him. He’s a little goofy, a little scatterbrained, but he’s good natured and kind, and rather than simply shun Akira’s attention, he’s instead reminded of his own youth, and while not returning her affections, the two do develop a friendship and gradually become closer. 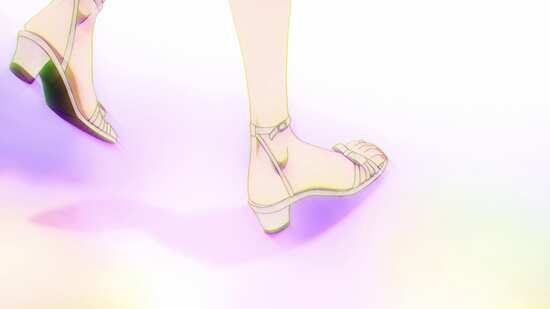 It turns out that while he isn’t doing too badly at work, he has his own cross to bear, although with him it’s not athletics, it’s literature. When he was at school, he was in the Literature club, and with aspirations of making it as an author. He still loves to read, and it’s a passion he begins to share with Akira. But being reminded of his youth by her attention also reminds him of what dreams he gave up when he grew older, got married and had a family. For both of them, the restaurant has turned out to be an escape from their dreams, an undemanding job that lets them forget their concerns. 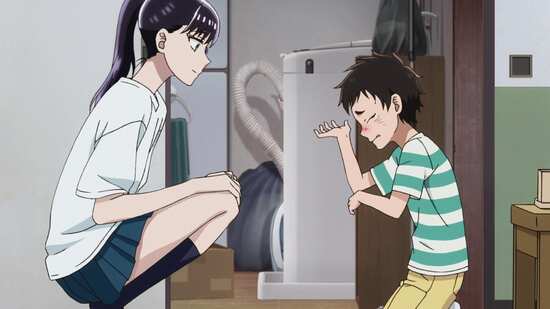 First love can be intense, and you can certainly see that with the way Akira sees Kondo, but After the Rain is less about the potential romance than it is about the relationship between the two, giving each the strength to try and recapture the dreams that both had considered lost. It makes for an uplifting and very effective story. It’s not without weaknesses though. One is the character of Takashi Yoshizawa, a guy in Akira’s class who has a crush on her, to the point where he also gets a job at the restaurant to try to be closer to her. The way the character is written is too goofy even to be comic relief. The second is the chef in the restaurant, Ryosuke Kase, a bit of a womaniser, who likes younger women, and when he learns that Akira has a crush on Kondo, he actually blackmails her into going on a date with him. It doesn’t leave a pleasant taste in an otherwise wholesome story, but it actually goes nowhere, and is clumsily forgotten in a way that makes you wonder why they even bothered. The reason shows up a few episodes later when Kase has reason to psychoanalyze Akira, and makes her face a few uncomfortable truths. But you do wish the story had found a better way of doing it. 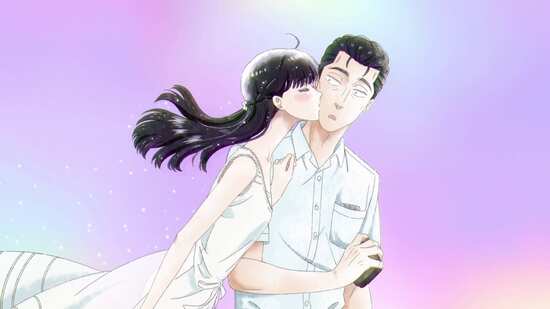 These are minor niggles though, in a show which is otherwise really impressive, well written, with interesting characters and which does enough that is different to help it really stand out. If you want a break from the usual anime rom-com tropes, then After the Rain is well worth picking up. The presentation on these discs is up to the usual Sentai Blu-ray standard, and maybe even a little more.