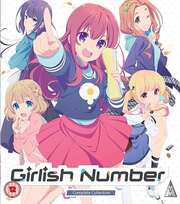 A couple of years ago, MVM stopped releasing the majority of their new anime on DVD. Sentai Filmworks stopped a year or so earlier than that. This is significant given how many Sentai Filmworks titles MVM releases in the UK. There was a period of a good eighteen months or so where MVM ‘had’ to release DVDs for shows which had no DVDs in the US. Given that companies had gotten into the habit of reusing the US discs, localised to whatever region, this created a problem. The usual thing was to wait for someone in Australia to release the show on DVD, but by this point, Madman Entertainment had pretty much forgotten how to do it, so used were they to simply reusing the US discs. MVM would use whatever Madman could give them, and what they gave were DVD discs made by taking the US Blu-ray and down-scaling that image, with the subtitles burnt into the print and with generic menus. Obviously these discs didn’t look as good as the Blu-ray they were ‘copied’ from, but neither did they look as good as proper DVD masters should look. Once MVM ditched DVD as a medium, this stopped being a problem, but there exists a short period of MVM’s output, with shows like Flip Flappers, and Gate, where you should avoid the DVDs at all costs. Girlish Number is one of those titles as well. 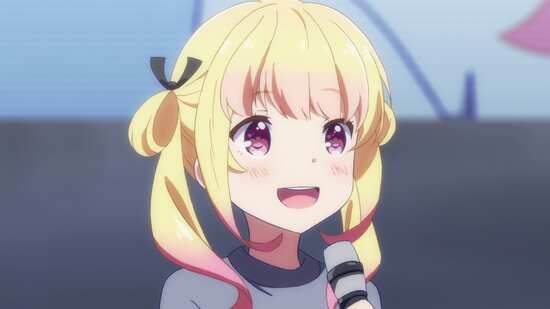 Chitose Karasuma is an aspiring voice actress, with a cynical outlook. Certainly, she’s not one to play the usual games of ingratiation and politics to get ahead in the industry, and you certainly couldn’t imagine anyone other than her older brother being her manager. He’s the one who has to speak truth to her whenever she expects an easy ride to fame and fortune. Only it looks like she’s going to get that easy ride. The actress who to this point has only had bit parts catches the eye of a producer, and gets a starring role in an upcoming anime. She’s got a steep learning curve ahead of her, with lesson one being that not everything that glitters in this industry is gold. 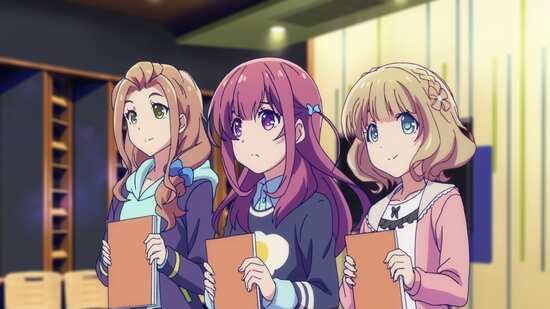 12 episodes of Girlish Number are presented across 2 Blu-rays from MVM.

Disc 2
10. Two-Faced Chitose and Despairing Kuzu
11. An Uncertain Chitose and a Determined Gojo
12. Chitose Karasuma and... 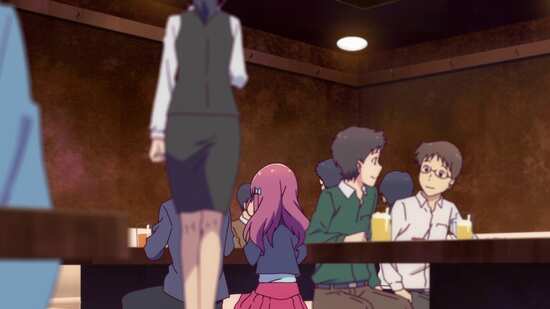 Girlish Number gets a 1.78:1 widescreen 1080p transfer, and thankfully all those issues that I had with MVM’s DVD release are long since forgotten. It’s your typical Sentai anime Blu-ray. The image is clear and sharp, colours are strong and consistent, and the animation comes across without any worries about compression, aliasing, or even digital banding. It’s a typical comedy show, with pleasant character designs, a decent world design, and animation that doesn’t really do anything spectacular to impress, just does enough to tell the story. This Blu-ray very much is the way to watch the show. 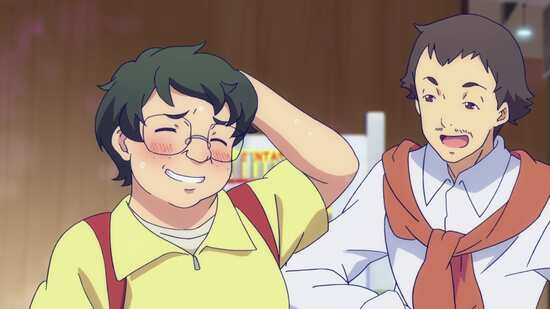 The sole audio track on Girlish Number is a DTS-HD MA 2.0 Stereo Japanese track with English subtitles locked during playback. You could say that there’s not much difference between locked and burnt in subtitles, but one thing is that some software Blu-ray players or modded hardware give that option back on the Blu-ray discs, and the second thing is that they look crisp and legible when player generated. When downscaled and burnt in to a poor transfer, the subtitles will only look as good as the transfer. The audio is fine, the characters suitably cast and ably performed, the music comes across well and with this being a primarily dramatic piece, it’s not heavy with the action, and remains front loaded throughout for the dialogue. The subtitles are accurately timed, but there is the odd typo. 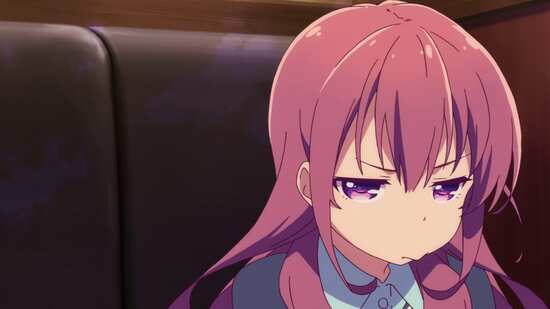 You get two discs in a BD Amaray, one on each inner face. There is also some nice sleeve art to look at. The discs boot to static menus, and each episode is followed by a translated English credit scroll. 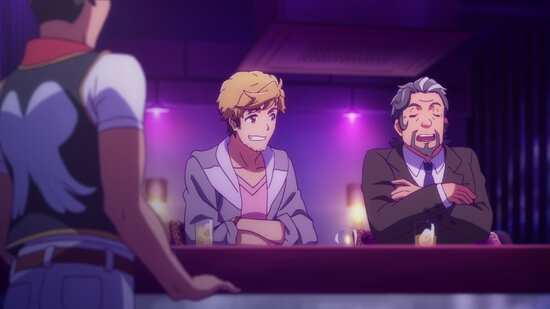 The extras on disc 2 amount to the Inside Show Preview (1:24), eleven textless openings and two textless closings, and trailers for Haven’t You Heard? I’m Sakamoto, Chihayafuru, Flying Witch, and FLIP FLAPPERS. 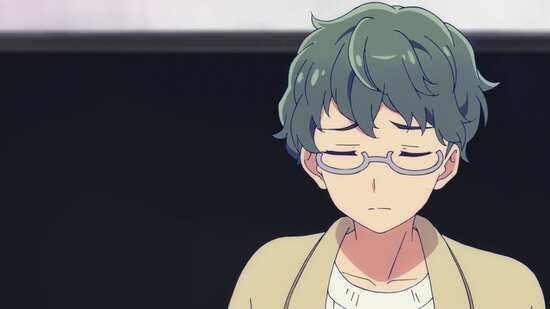 Girlish Number is a great complement to Shirobako. If Shirobako is about the best of the anime industry, the earnest and occasionally conflicting desires to make great anime, Girlish Number is a delightfully pessimistic look at the industry, a business where the quality of the product is of lesser concern than the need to shift that product and make the numbers. In some respects it is the worst of the industry, one that exploits its stars and its creators, and is probably as unreal as Shirobako, only in the opposite direction. The truth probably lies somewhere in between. 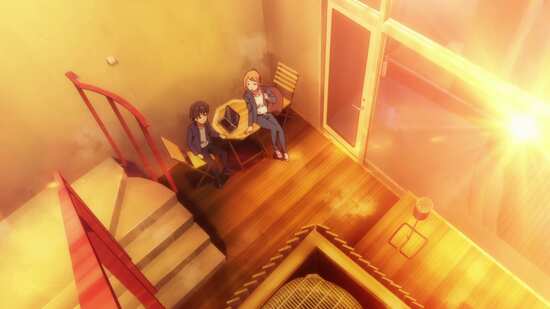 In the blurb, the main character Chitose is described as “self-absorbed, inattentive, selfish, and lazy”, and gets even worse appellations in the story, bad-mannered and rude being two of them. From my perspective she looks like a normal, well-adjusted human being, until you remember what the industry requires of their voice actresses. Not only must they be pitch-perfect when recording for their characters, but they have to maintain an appearance for their fans, be perky and on the ball, do all the promotion, and effectively have no private life whatsoever. When it comes to interacting with other actors, with producers and directors, with studio execs, they have to stick to the etiquette script, and they have to be prepared to be worked to death. You can see the results of the all-or-nothing work ethic regarding those in the industry in the Anime News Network headlines, a constant litany of burnout, illness, breakdown, and at the worst, premature death. 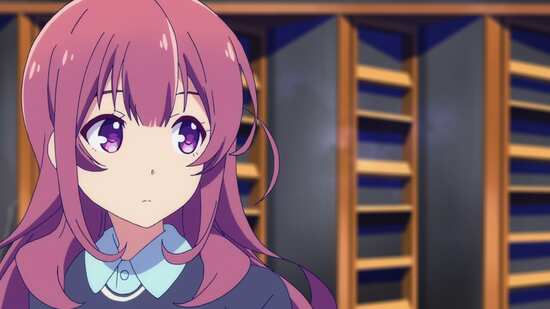 From my perspective, protagonist Chitose Karasuma really only has one flaw, she wants it all on a plate, she wants success without putting the effort in. Her laxity in her acting work is worthy of criticism, her laxity in other respects is less so. She doesn’t toe the etiquette line, she can be snarky, and she can have days where her perkiness levels drop below 10, and she can forget her position in the social hierarchy of ‘senpai’ and ‘kouhai’. For most of the other characters in the show, ghasts can be flabbered at this behaviour, but looking at it from a Western viewpoint, you might wonder what all the fuss is about. 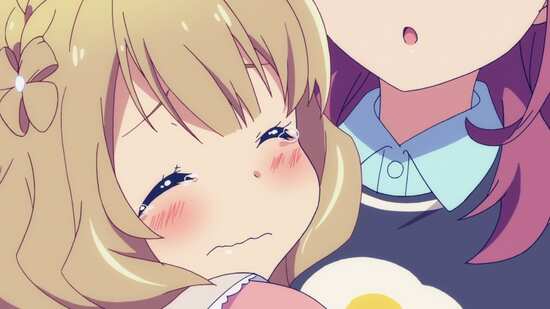 After all, it is her unique temperament that gets her noticed by a producer at the start of the show, a voice actress who to this point has only had bit parts, suddenly gets parachuted into a major leading role, with the idea that the gimmick will get more eyes on the TV screen, will shift more copies. Chitose thinks her talent has finally been recognised, and she’s soon strutting and preening in front of the other cast members, two more newbies, and two veterans. It’s only when she’s kept behind after each recording session to do retakes that it begins to sink in that her acting actually sucks. 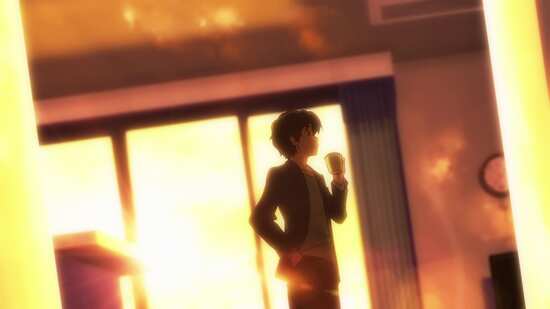 To make matters worse, the producers who cast her as a gimmick really don’t know what they are doing with the anime, having quickly alienated the light novel author whose work they adapt, failing to put the time and money in to make a decent show, but instead searching for more gimmicks to sell the series, cooking the books, setting up stage events and even swimsuit shoots. It isn’t just Chitose who has issues to get over. Of the two other newbies, Yae Kugayama is a young girl with confidence issues, while for Koto Katakura, after years of trying to break the industry, this is probably her first and last chance at doing so. Of the two veterans, Momoka Sono has issues with her famous family to resolve, while Kazuha Shibasaki has become jaded and aloof. The thing is that with the show rapidly going downhill, all of their careers, established or otherwise are on the line, and they’ll have to resolve their personal issues and come together to make things work. 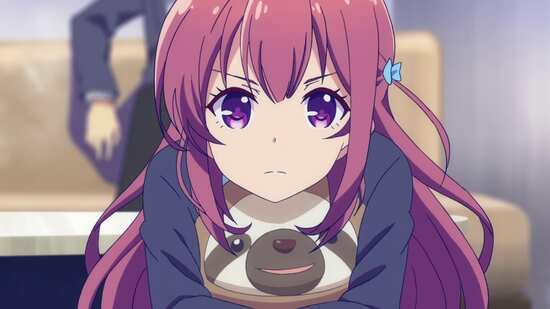 Girlish Number shows the worst side of the creative industry, all about the bottom line and finding the easy road to fame. Chitose Karasuma is on that road, or so she thinks, until she sees how bumpy and aimless it really is. It takes a while but she eventually stops counting her Twitter followers and CD single sales, and discovers her work ethic instead. What I like about Girlish Number is that she maintains her wry personality, and refuses to conform throughout. 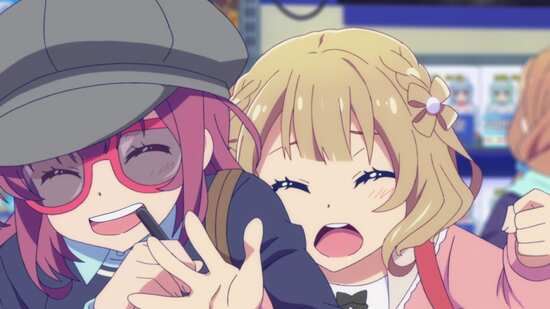 Forget the DVD; you really want the Blu-ray of Girlish Number. Everything is as you would want it to be when it comes to the technical specifications, the image quality and the audio, as well as the subtitling and the presentation on disc. It makes it easier to invest in a show when there is no niggling flaw to pull you out of the experience. And that makes watching Girlish Number more rewarding and entertaining than ever; with its cynical take on the anime industry making for quite the viewing experience.