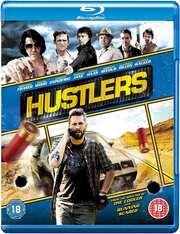 This 2013 film was known as Pawn Shop Chronicles in the US, and is still referred to that on the audio commentary on this disc. But for the UK release, it got renamed to Hustlers, and it’s an odd question as to why. The original title makes the most sense when it comes to the story, but you get this idea that some PR company focus grouped the title and somehow found it lacking the requisite punch for UK audiences. A 2019 movie also called Hustlers has been and gone, and only muddied the issue. As for this one, the director of The Cooler, and a seriously top heavy Hollywood cast (including Brendan Fraser doing his ‘best’ Elvis) persuaded me to put this disc on my to-watch pile. 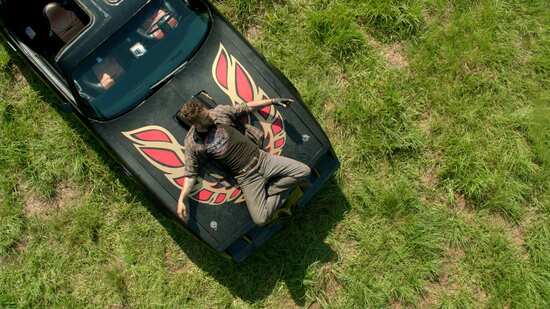 Hustlers follows three stories that centre on a Georgia pawn shop and occasionally bounce off each other. A couple of white supremacist drug dealers have an idea to rip off a rival drug dealer. They’re not the sharpest tools to begin with and they’re high and paranoid on top, but the guy that they’re relying on for a shotgun had to pawn it to get gas money to meet up with them. 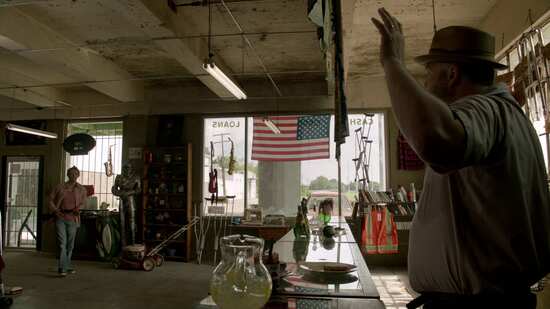 A newly-wed couple with money problems pull in to the shop to pawn her ring for money to get to their honeymoon, but the husband spots another ring in the shop that sends him down another rabbit hole, a rabbit hole of revenge and bloodshed. 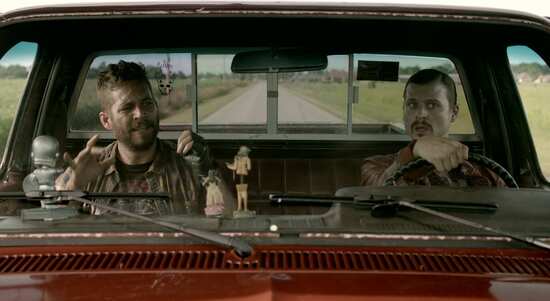 An Elvis impersonator is due to perform at the county fair, but he needs gas money. He’s hard up, he can’t get a decent haircut, his girl has just left him, and he has to part with a piece of genuine Elvis memorabilia just to get to the gig. But he could sell his soul for some genuine talent! 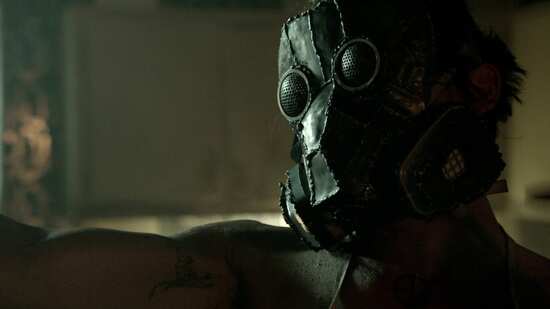 Hustlers gets a 1.78:1 widescreen 1080p transfer on this disc (occasionally shifting to 2.40:1 for some Spaghetti Western antics). The audio comes in DTS-HD MA 5.1 Surround English form, with optional English subtitles. The image is clear and sharp, with strong, consistent colours and excellent detail. This isn’t obvious as a digital film, and neither is it excessively post-processed. Contrast is good, and there’s no problem with crushed blacks or blown whites. Hustlers actually looks pretty decent for a somewhat disposable film. The audio isn’t spectacular. It does enough to keep the dialogue clear throughout, although it can be overpowered by action and effects at times. But the surround isn’t particularly immersive or noticeable. It’s good enough to watch. 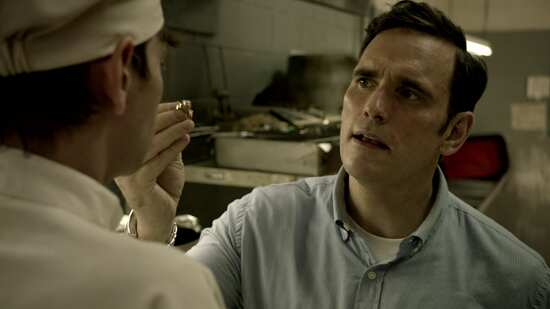 You get one disc in a BD Amaray. After a disclaimer/trigger warning for those white supremacists, the disc boots to an animated menu.

The sole extra on the disc is an audio commentary from director Wayne Kramer and writer Adam Minarovich. 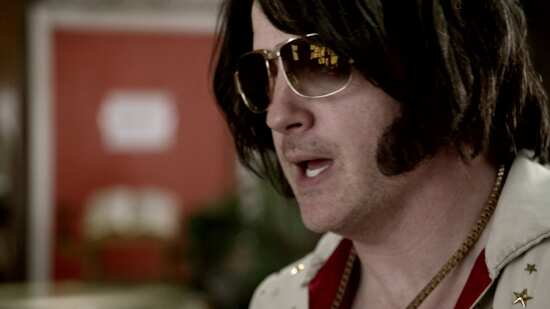 There is some serious Hollywood talent in this film, Brendan Fraser, Matt Dillon, Vincent Donofrio, Elijah Wood, Lukas Haas, Thomas Jane, and apparently this was the last movie released from Paul Walker. It’s just a shame it’s not very good. The idea must have looked good on paper; three intertwining stories, some oddball characters, a touch of the fantastic and a hint of the supernatural, a bit of sex, a lot of violence all revolving around a pawn shop. After all, the kind of people, hard up enough to exchange goods for cash, usually have a story to tell that’s liable to lean towards the seedy side of life. But Hustlers turns out to be a poor man’s Pulp Fiction, let down by stories and characters that are hard to invest in, and dialogue that fails to inspire. 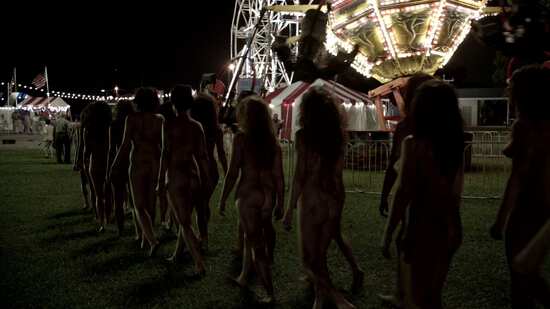 It’s a film in three acts, three stories that all really kick off at the pawn shop, and occasionally bounce off each other. The redneck racists planning to rip a rival dealer off are defined by their stupidity, and their drug induced paranoia. Their arc follows them as they compound their mistakes by more and more stupid decisions, pausing once in a while for some idiotic philosophising. Of the three tales, the middle arc is the most interesting, although in this case interesting is a relative term. A newly-wed man finds his first wife’s ring in the pawn shop, and that sparks a quest to find her that follows the story of the ring. Through a series of violent encounters, he winds up on a farm where a man has his own NXIVM sex cult. Then there is Elvis’s journey to the county fair, via a small town pair of feuding barbers, and the prospect of selling his soul, to a bizarre performance that ties all three stories together. 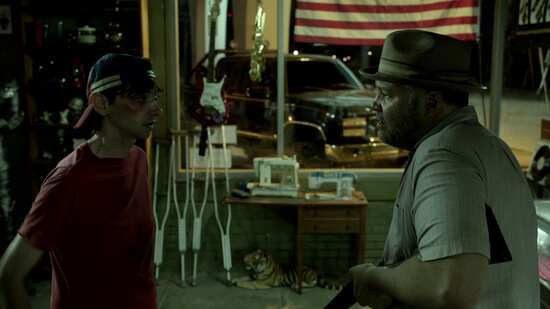 A film like Hustlers works when the stories are engaging, and the characters are interesting and at least relatable. That isn’t the case here. Sure it has the talent, but the stories aren’t strong enough, the characters are thin and caricatured, and the dialogue is trite and feels like filler. Hustlers wants to be smart, witty and quirky, but it can only manage the latter, and that only by aping better and more memorable films. The Blu-ray may be of decent quality, if light on extras, but the film is one to avoid.