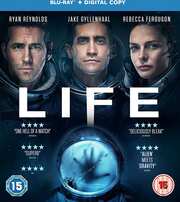 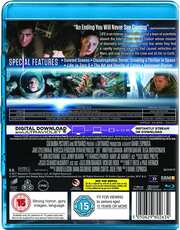 Before the space age, there were imaginative speculations about life on Mars and Venus, people saw canals on Mars and speculated that hidden beneath the thick clouds of Venus was a paradisiacal twin Earth. But when I was a kid, the idea of life beyond the Earth was confined to the idea of aliens from distant stars, as we’d sent probes to Venus and Mars, and all the major planets of the solar system and found them to be lifeless deserts, or so hostile to life that even the probes only lasted a few minutes before they were destroyed.

Then around 20 years ago, the US made a stunning announcement, that they had found signs of life in a Martian meteorite from Antarctica, the fossilised remains of microbes. That claim was subsequently debunked, but that moment redefined the terms of the search for life in our solar system, as well as the study of extremophile life living in inhospitable conditions on Earth. No longer was the search for animals and plants, beings with faces and backbones, but for single-celled microbial life, life that we would barely recognise, aerobic and anaerobic bacteria that might survive under the ice on Europa, or in the sands of Mars or even in the shadowed craters of the moon.

Just recently, scientists identified phosphene gas in the high atmosphere on Venus. Phosphene is a poisonous compound which should be destroyed by the volatile chemistry on Venus, yet it persists, suggesting some kind of cyclical process continuously creating it so that exists in equilibrium with the planet’s atmosphere. That process can either be chemical or biological, but with everything that scientists know about phosphene, it’s far more likely that a biological process is creating it on Venus. Now it’s just a matter of checking that hypothesis. Speaking of which, there were a host of Mars missions launched this year as the planets were in alignment, and one was a rover for the Martian surface whose mission will be to collect a Martian soil sample and store it for return to Earth on a future mission yet to be designed. That might not be a good idea...

In Life, such a return mission has been accomplished in a near future time. A soil sample is returning to Earth, or rather the International Space Station, where six scientists will confirm the probe’s finding of single celled life on Mars, and study it further. After a hairy capture procedure, the soil sample is brought on board, and the life-form confirmed, although it’s in a dormant state. Nicknamed Calvin, the organism soon wakes up, and begins to replicate and grow. The cells are remarkably versatile and resilient, and as the crew learn, the larger the organism grows, the smarter it becomes. An accident with an atmospheric seal shocks it back into dormancy, and then someone suggests using an electric shock to wake it up again...

Life gets a 2.39:1 widescreen 1080p transfer with DTS-HD MA 7.1 Surround English, DTS-HD MA 5.1 Surround German and Italian, and DD 5.1 Surround English audio descriptive, with subtitles in these languages and Turkish. It’s a really good transfer, clear and sharp with strong, consistent colours and excellent detail, while the effects work is practically seamless (I guess that they had to get their money’s worth out of those zero-g harnesses from The Martian). The audio too is really impressive, immersive and well designed, with the music enhancing the creepy tone of the film. The dialogue is clear for the most part. As with any modern film on Blu-ray, there aren’t really any nits to pick.

You get one disc in a BD Amaray and an expired UV Code. The disc boots to a static menu. Once you watch the movie, the extras will autoplay in a 30-odd minute reel, but you can also select them from the menu screen individually.

There are 5:49 of deleted scenes with no effects work.
Life: In Zero G is a bit of behind the scenes fluff lasting 6:54.
Creating Life: The Art and Reality of Calvin lasts 7:07.
Claustrophobic Terror: Creating a Thriller in Space lasts 7:28.
Astronaut Diaries lasts 3:00.

1) Don’t stick the quote “An Ending You Will Never See Coming” on the back of the case, as naturally I’ll read it, will contemplate the end of the movie while I watch it, and have it all figured out half an hour from the end.

2) Don’t remake Alien, or if you do, don’t do it this poorly. In 1979, Alien itself was a reworking of the slasher genre, making it a monster in space, and with subsequent films like Predator and Species, it wasn’t exactly alone. But Life so closely conforms to the Alien archetypes that you can’t help but compare it unfavourably, and if you have Alien in your collection, you’ll be tempted to eject this and watch that instead.

It also makes me lament the introduction I gave this review. I wasted that much thought on a film this disposable. Life starts off with an interesting pitch, giving its subject matter a realistic approach, setting its tale in a recognisable close future, and setting its tale on a recognisable location, the International Space Station, although it’s had more than a few upgrades in the years between now and then to make it look cinematic and spacious.

Life takes a somewhat scientific and NASA approach to the mission, despite Ryan Reynolds playing Ryan Reynolds in a typically profane and irreverent role. Retrieving the sample and conducting the investigation is done in a professional and deliberate manner over a montage period covering a month or so. The ambulatory blob makes for an interesting and a suitably bizarre alien creation. But once the shenanigans begin, the blob becomes more solid and immutable, taking on the appearance of a squid, and it becomes anthropomorphised, it gains intent and malice, and becomes the monster/villain of the piece. Then all the screaming and the shouting and the gore and the deaths and we’re back to Alien, and why this film just isn’t as good.

The characters are understated (apart from Ryan Reynolds) and with the script so initially dry and scientific, there’s not enough energy or wit to the piece. Alien had that blue-collar white-collar dynamic, Predator had action movie testosterone overload, and Species kept its tongue in cheek with its premise. Life has nothing to make you invest in the characters. And once the film descended into generic slasher clichés, I wound up looking back at the earlier, more thoughtful aspect of the film and realised just how many plot holes there were that I had forgiven in the first half hour, hoping that the film would be more than just its genre. If it had kept its dry, scientific approach throughout, and delivered something realistic and thought provoking, Life might have been a more memorable film, or on the other hand it could have been more irreverent and tongue in cheek from the outset. But schizophrenic as it is, it’s not enough fun to chew popcorn at or smart enough to thoughtfully sip a glass of Pinot at.