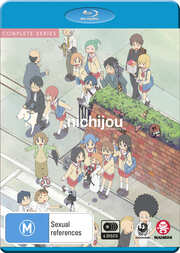 There are the shows that you think about, that you consider, that you put off until there is a suitable sale and a decent discount, but then there are the shows that you put down for a day one purchase, regardless of where it’s released. Nichijou is a show so brilliant, so unique and special that after I fell in love with the Crunchyroll streams, I went for the first English friendly release I could find, which following the 2008 anime industry crash turned out to be Australian, when Madman released the show on DVD. It’s not a great DVD; Madman simply reused the Crunchyroll subtitle script, and where the home release version had more scenes than the broadcast version, the dialogue was left un-translated. There weren’t even any extras. I still loved having it on DVD though, and I still longed for an HD release. That eventually happened when Funimation picked up the licence in the US, and they got around to dubbing the show as well. And infuriatingly, the Blu-ray was locked to Region A. But, you can’t keep a great show like Nichijou down (except apparently in the UK), and Madman Entertainment got around to releasing the show on Blu-ray as well. That’s twice I’ve bought this show at full price on the day of release or thereabouts... 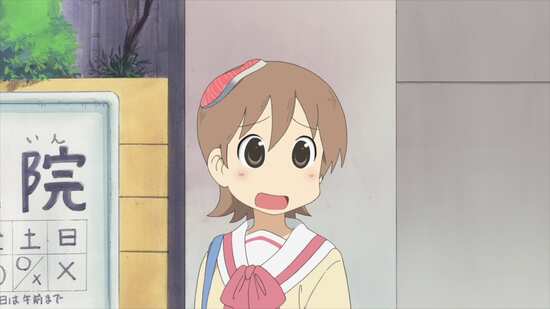 Nichijou is really a sketch show, which makes putting a series synopsis together a little pointless. It might be more appropriate to concentrate on the characters, but Nichijou also has an embarrassment of riches here, so describing most of its characters would be prohibitive. For the first half of the series, there are two main areas of focus though, the high school, and the Shinonome Laboratory. The Shinonome Laboratory is home to the Professor, a genius inventor and scientist who also happens to be a little girl, practically an infant. She’s had to invent her own caregiver, a perfectly human looking android named Nano, except for the clockwork key on her back. Nano wants to be a normal girl, but the professor keeps adding optional extras to her design. Like all girls, Nano loves cute things, especially the Professor, but she also picks up a cute cat and brings it home. They name it Sakamoto, and the Professor promptly invents a scarf that allows the cute little kitty to speak. The kitty turns out to be a middle aged male, who realising he’s the oldest in the Laboratory goes about demanding some respect for his authority. He’s Mr Sakamoto, and don’t you forget it. 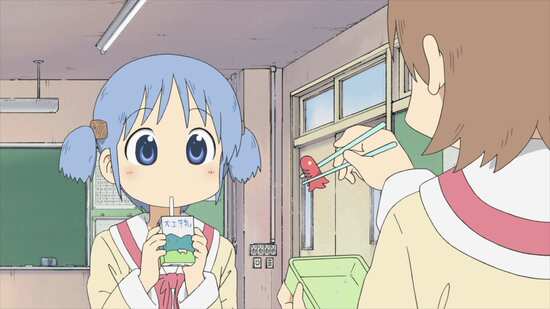 Meanwhile school focuses on the lives of three friends, Yukko, Mio and Mai. Yukko is the happy go lucky, not altogether smart, but always coming up with wacky ideas member of the group. She’ll also go out of her way to infuriate Mio in some way, but she’ll hit a brick wall when she tries it with Mai. Mio tries to be strait-laced most of the time, but she has an explosive and violent temper that Yukko frequently provokes, and she also likes drawing the kind of manga that she’d rather not share with the class. Mai on the other hand has a propensity for surreal behaviour which is tailored to blow Yukko’s mind, and a discreet streak of sadism hidden behind a quiet and reserved demeanour. There are plenty of other colourful characters in this school, Mio has a crush on Sasahara, a boy who comes from a family of farmers, but considers himself an aristocrat, has a personal servant to attend to his every need, and rides a goat to school every day. He has another relationship with his class representative Misato Tachibana, the ultimate in tsundere who deals with her conflicted feelings for Sasahara by shooting him with various grades of military artillery when he infuriates her. Nakanojo doesn’t have a Mohican, the hair just doesn’t grow at the sides... and the school principal wrestles with deer. It’s just everyday life. 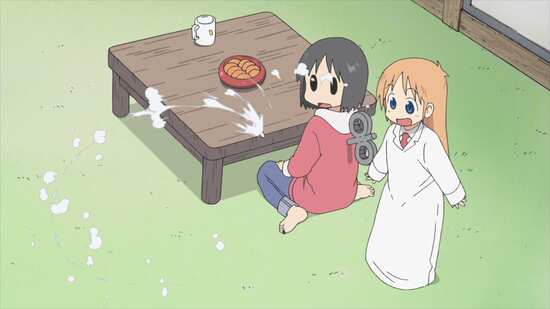 Nichijou gets a 1.78:1 widescreen 1080p transfer on these Blu-ray discs. The image on the Madman DVD was pretty fair, albeit with the PAL speedup, with very little compression and a smidge of edge enhancement to worry about, but this Blu-ray image does away with all of that, presenting a clear, crisp, and colourful picture. The animation is smooth and detail levels are excellent. The character art is fluid and sharp, while the richness of the colour palette really makes the show pop on screen. It is a major step up over the DVDs, at the correct frame rate, and with no issues at all to my eyes. 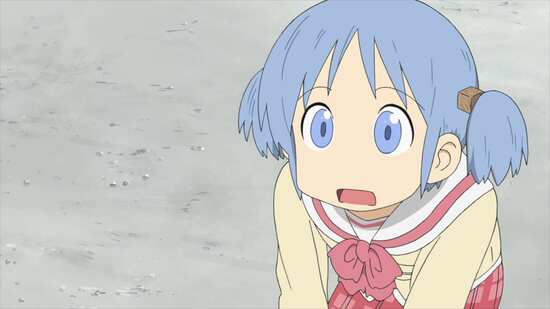 Based on a gag manga, the character designs in the show are a little more simplistic, while the colour palette is bright and chirpy without getting garish. There’s also a simplicity in the world design, but there is always significant production value and a level of detail beyond that required for a simple set-up punchline format. The animation is of consistently high quality throughout, fluid and detailed beyond that which you would expect from the artwork style. It’s a show that looks surprisingly good given its genre and it’s consistently pleasing to watch. I really like the segues between scenes, little vignettes of normality shown slightly out of focus. 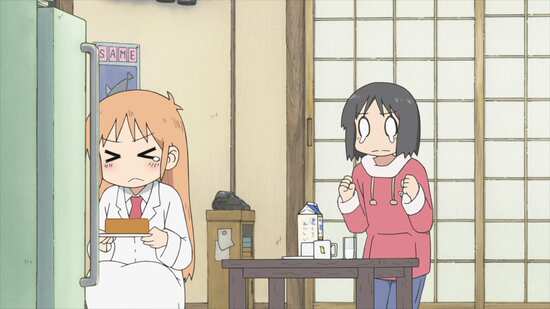 You have the choice between Dolby TrueHD 5.1 Surround English, and 2.0 Stereo Japanese, with subtitles and signs locked to the appropriate track during playback. Naturally the most obvious gain over the Madman DVDs is the correct frame rate and the absence of the 4% PAL speedup. Everything sounds great, although I am so used to the Japanese audio that I couldn’t try the English dub for more than a few seconds before switching back. I have no problems with the audio, the dialogue is clear and audible throughout, there are no problems with glitches or distortion, and the show’s action sequences and music come across with impact. The theme tunes are perfectly suited to the show, quirky and whimsical, while the show’s incidental music gets the orchestral treatment, really well defined musical pieces that almost seem like overkill for the show, but really do help make the material shine. 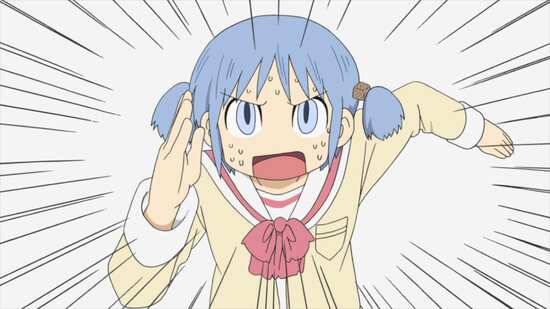 Funimation have created a new subtitle translation for this collection, which is something of a mixed bag. Sure you get theme song lyrics now, and more of the screen text is translated. There are also a couple of useful translation notes. But, the Madman translation used the Crunchyroll script, and if you’re used to that, then certain choices the Funimation script makes will annoy to varying degrees. Things like the “Short Thoughts” segment now inelegantly called “Word-Time”, or the odd choice to turn “Like Love” into “Love Like” are minor complaints, as is Funimation’s tendency to use minor swear-words where they aren’t warranted. 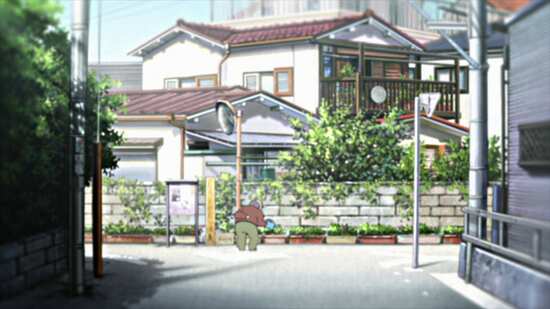 But I feel sorry for the Professor, the little red-haired girl who lives in the Shinonome Laboratory, wears a white coat, and is constantly inventing, including Nano (the robot girl with a clockwork key on her back), and the scarf that allows Sakamoto to speak. Only instead of translating ‘hakase’ to ‘professor as the original version did, Funimation choose to use ‘Hakase’ as a proper name. It’s not much of a problem until episode 25, where it breaks a joke. 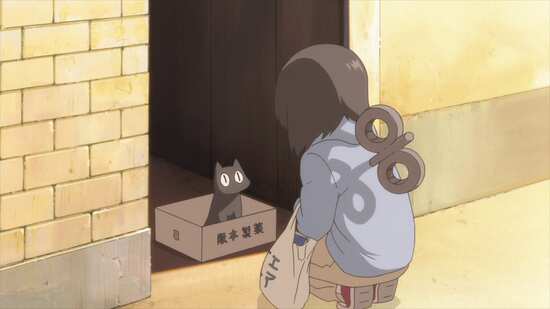 Speaking of broken jokes, the biggest crime is in episode 20, my favourite Nichijou scene in my favourite Nichijou episode, the epic Mio rant. Only for some incomprehensible reason, Funimation chose to translate the English word ‘hyacinth’ that the characters use into ‘calamari’ in the subtitle script. The cognitive disconnect between the word you hear and the word you read, for me was so jarring that it threw me out of the episode, left me cursing at the screen, and made me lose sleep.

I now have a piece of paper in the Blu-ray case listing the episodes that I must re-watch on DVD instead the next time around, to avoid my head exploding Scanners style. 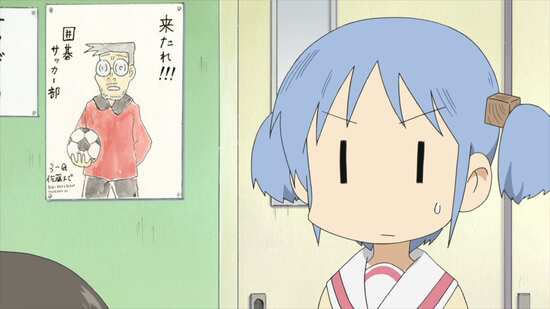 You get four discs in a BD Amaray case with two centrally hinged panels, and the inner sleeve has some character artwork as well. The discs present their content with static menus.

Disc 1 autoplays with a trailer for Kakuriyo and has the first eight episodes. 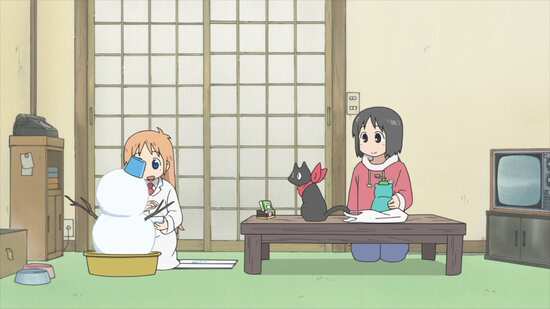 Disc 2 autoplays with a trailer for My Hero Academia Season 2 Part 1 and has the next eight episodes.

Disc 3 autoplays with a trailer for Chio’s School Road and has eight more episodes.

The final two episodes are on Disc 4, which kicks off with a trailer for Darling in the Franxx Part 2. You also get the extras. 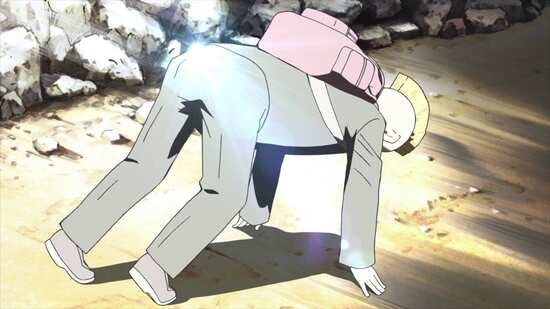 Episode 0 lasts 22:42 and is a prototype for the show. It’s not as intense; whereas a typical episode might have 10-20 sketches, this one has just three, dwelling on Mio trying to cheer Yukko up, the Professor catching a cold, and a train trip. It’s not quite as funny, but more character focussed.

You also get 2 textless openings, and 14 textless closings, albeit with player locked subtitles translating the song lyrics. 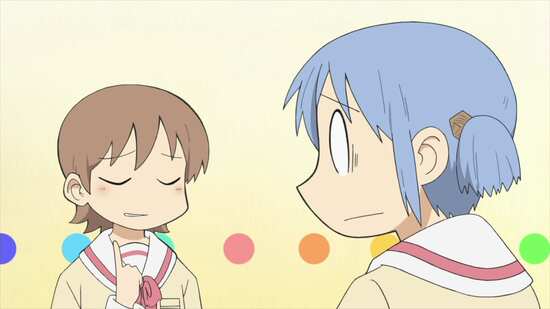 It was all going well enough. I was having my usual great time with Nichijou, and I could get my brain to tune out the little Funimation-isms in the new subtitle translations. I was all set to write a little glowing review and recommend this release with few if any reservations. And then episode 20 happened and my heart just wasn’t in it anymore. So here are a couple of links to my reviews of the DVD releases from Madman Entertainment, Part 1 here, and Part 2 here, if you want to know more about this brilliant show. 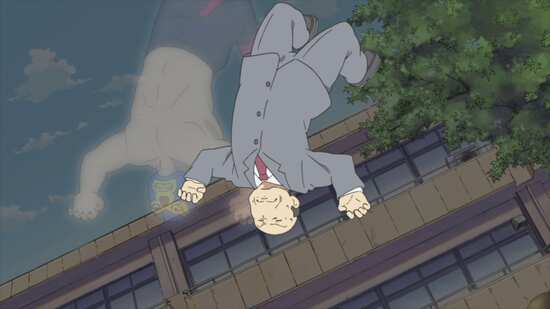 For me Nichijou is perfect... and Funimation have taken something perfect, and have im-perfected it. Their subtitle translation is detrimental to the viewing experience to the point where I have to say that if your sole experience of the show is through Crunchyroll and the Madman DVDs, you’ll have to really consider whether you upgrade to Blu-ray. When your subtitle translations are actually breaking jokes, you’re failing in your job. The conspiracy theorist in me looks back at the parting of the ways between Funimation and Crunchyroll a few years back, and sees the jettisoning of the CR script for Nichijou as an instance of cutting off one’s nose to spite one’s face. What worked before, now doesn’t, what was smooth is now inelegant, and at worst childish. 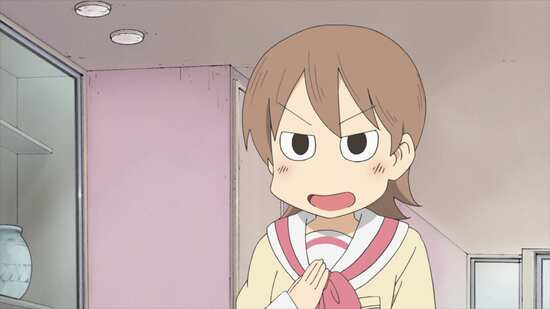 Don’t get me wrong, even with all this, Nichijou is watchable and entertaining for 99% of its runtime; it’s just that when it falls, the subtitle translation falls so hard that it taints the rest of the show. Just to reiterate, the Crunchyroll script itself wasn’t perfect. It was glaringly incomplete in one scene, and not all the screen text was translated. But it didn’t take the localisation too far, and it didn’t start translating English words into other English words. 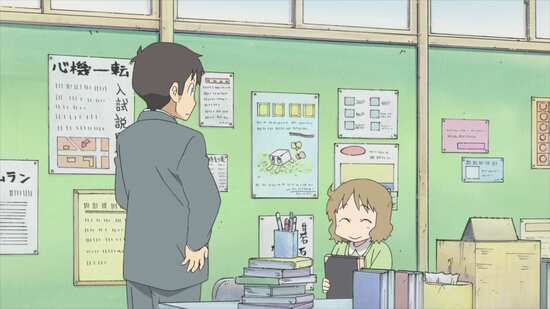 This has turned into a rant, and that’s the last thing I wanted to do with Nichijou. These Blu-rays do deliver the show with excellent image quality, and impressive audio. I am glad that I have them in my collection, and they are going to be re-watched more than most other anime that I have. But I can see more tech-savvy fans ripping these discs to their NAS servers and muxing in ‘fixed’ subtitles. Personally I’ll be going for a more Frankenstein-ed viewing experience, swapping in the Madman DVDs for episodes where Funimation’s subtitles just get too egregious for words.