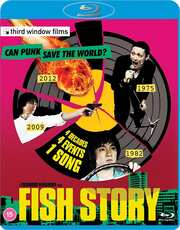 Like every boutique distributor, Third Window Films’ switch to releasing films on high definition formats was understandably tentative. Back when they dipped their toes in the water with their releases of Kamikaze Girls and Memories of Matsuko, the manufacturing costs of Blu-ray were a lot higher than DVD, and minimum production run sizes combined with the user base made it a case by case prospect, not the standard release format it is today for cinephiles and collectors. DVD still outweighed Blu-ray by a big margin, and not every title promised on Blu got released. 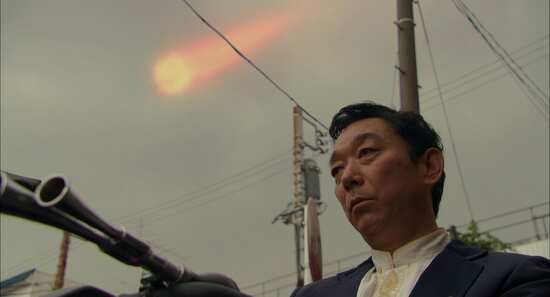 Of course these days, Third Window Films do go back and release films on Blu-ray which were originally released on DVD, but they’re usually titles released by other companies, companies like Tartan and Artsmagic. A lot of classic Beat Takeshi and Shinya Tsukamoto films had their UK Blu-ray debuts through Third Window. When it comes to revisiting their own DVD back catalogue, it’s been less of a priority. Other than the two Tetsuya Nakashima films that launched TWF’s Blu-ray catalogue, the only other titles they have revisited are Love Exposure and the Tsukamoto short, Denchû kozô no bôken, which went from DVD extra on Tetsuo to part of the recent Tsukamoto collection alongside Killing and Haze on BD. They will also release Underwater Love on Blu-ray as part of the Pink Films Collection after its 2011 DVD release. There are a lot of Third Window Films DVDs from ten plus years of releases that deserve a second look in high definition. Hopefully their revisiting of Fish Story, originally released on DVD by TWF in 2010, will be the first of many. 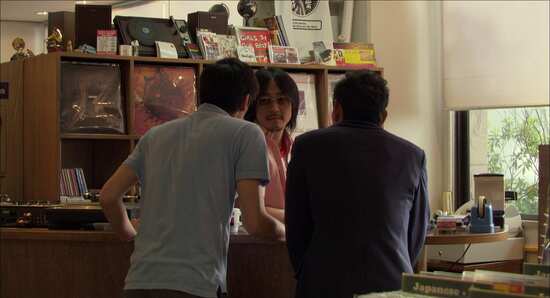 In 2012, the city is deserted, a comet burns brightly overhead, and the world has just five hours left until it is destroyed. But in these ghost town streets, there is still music, for one shop remains open, a record shop from which can be heard the sounds of a forty-year-old punk record, Fish Story, a song which legend says can save the world. 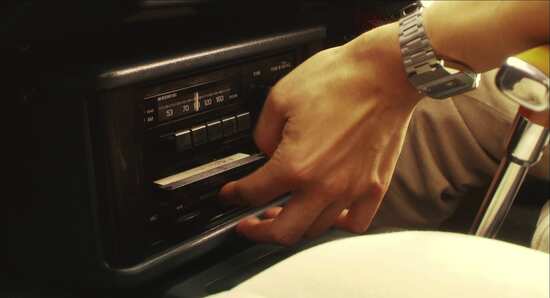 In 1975, Gekirin is a band before its time, bringing punk to an uncaring world a year before the Sex Pistols actually managed it. Gekirin may have the record contract, they may get to perform live, but other than their manager, no one appreciates their music, and no one buys their records. On the verge of breaking up as a band, they have just one song left in them, Fish Story, although recording it may be an insurmountable challenge in itself. 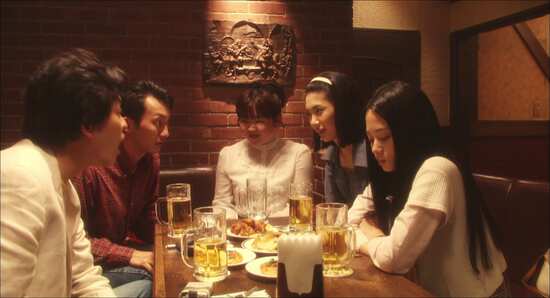 1982, and a timid young guy has been roped into driving his friends to a date, a couple of obnoxious guys who insist on listening to songs with spooky legends attached to them, regardless of the effect they have on their driver. One song, Fish Story has an unexplained silence in the middle, but if you listen closely, you might just hear the sound of a woman’s scream… 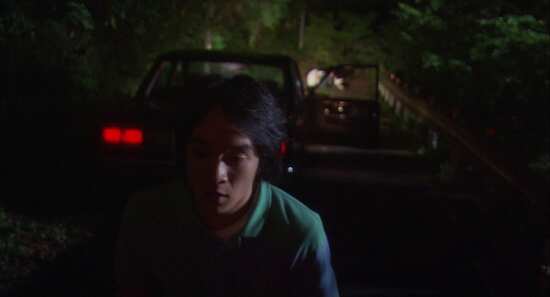 For one young girl, a school trip in 2009 goes from bad to worse when she falls asleep on a ferry and forgets to wake up at her stop. Now irrevocably bound for Hokkaido, she’s inconsolable, until she meets a young pastry chef who works on board. If her life is bad, his is worse. His parents have raised him to be a Champion of Justice. What is a champion of justice anyway? But like I said, bad to worse, for the ferry is about to be hijacked.

That one song somehow ties these stories together, and may just be the key to saving the world. 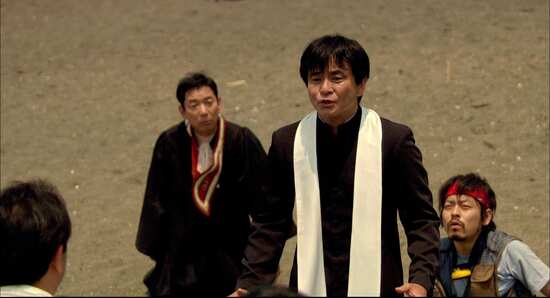 Fish Story gets a 1.85:1 widescreen 1080p transfer on this disc, with DTS-HD MA 2.0 Stereo Japanese and optional English subtitles. I think I’m going to have to re-evaluate all the old Japanese film DVDs in my collection. Back then, it was common to see films with a push towards blue-green in terms of colour timing and tint, and I always used to put it down to film stock, and I remember seeing something similar in Fish Story. But now that I’ve seen the HD transfer, which has none of it, I’m hard pressed to explain it. It is an excellent transfer that we get here, rich in detail with nice, consistent, and realistic colours, and with excellent contrast. There’s no issue with compression or banding. The dialogue is clear, the action comes across well, and the subtlety of the sound design really is apparent on the Blu-ray. The subtitles are accurately timed and free of typos, and of course the music is good enough to make you seek out the soundtrack CD. 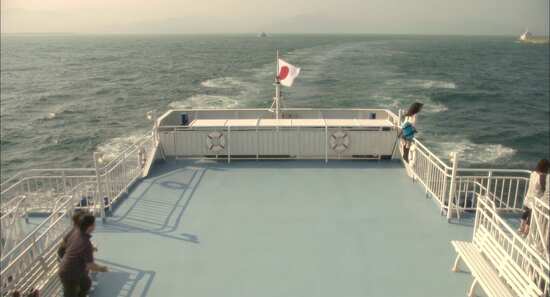 You may be familiar with the trailer (2:01), the Making of Fish Story featurette (34:51), and the Q&A Session With Gekirin Live Show at Tower Records, Tokyo featurette (9:24) from the DVD.

New to this release are the following. 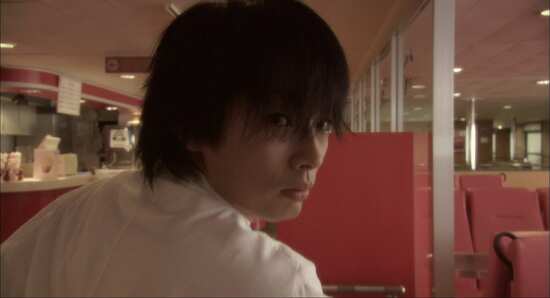 Q&A Session With Gekirin Live Show (30:47), which offers the actors and director interviewed on stage before a Gekirin mini-concert.

All of the extras are up-scaled from SD to 1080p and are prone to judder and interlacing artefacts, and understandably come with a disclaimer explaining this beforehand. 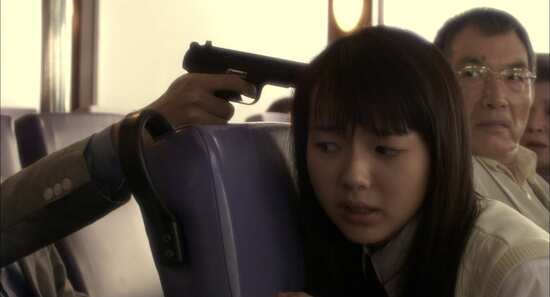 I look back at the films that Third Window have released on DVD over the years, and think of the ones that I’d love to see get the Blu-ray treatment, especially the Blu-ray that almost was, Villain, and films like Peppermint Candy, Dasepo Naughty Girls, the Miki Satoshi films, Fine, Totally Fine, and I quickly realise that it’s all of them. That’s when a cold dose of reality hits, and I remember that these films are licensed on a limited basis, both in terms of release format and period, and if those licenses lapse, then there needs to be a new contract and more expenditure. Directors who may have been making their debut films ten years ago could very well be household names now, have big studios behind them, and you can add a couple more digits on the cost of relicensing their back catalogue for Blu-ray release. Basically, let’s just celebrate getting Fish Story on Blu-ray, and if any further back catalogue titles get upgrades, they’ll just be pleasant and very welcome surprises, rather than something that we should expect. 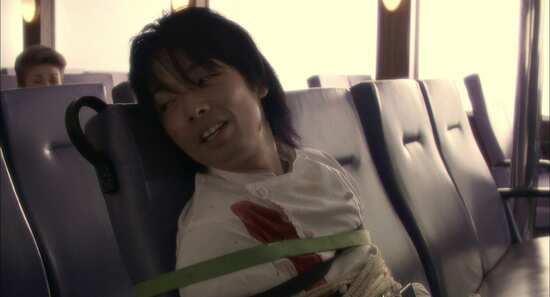 Fish Story on Blu-ray is very much worth celebrating, as it’s just as compelling a film now as it was ten years ago, maybe a little more so. This time, without having to take notes while viewing, I was even more engaged in the connected plot-lines, and found even more in the way of interlinking and narrative cuteness as I gave the film my full attention. It is a delightfully contrived story, utterly entertaining and rewarding, in much the same way as the more recent One Cut of the Dead. 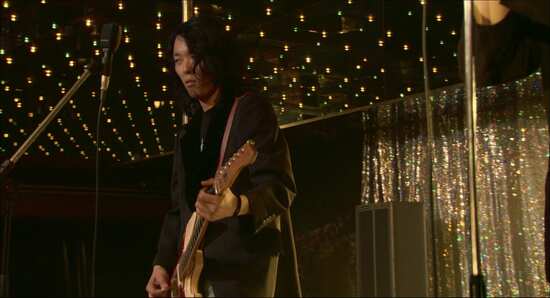 A comet hanging in the sky, the Earth just five hours away from destruction and the imminent extinction of the human race. You’re thinking Bruce Willis and Michael Bay aren’t you? You’re not the only one, as one of the characters wonders if the be-vested one isn’t on a mission to save the Earth as the comet comes bearing down upon them. But Fish Story isn’t Armageddon, it’s a brilliantly crafted little movie, a confusion of stories, entangling and intertwining, offering little hints and glimpses of the whole, but leaving the revelations for the final reel. If you are a fan of fractured narratives and non-linear storytelling like Pulp Fiction and Memento, then Fish Story will be right up your street, only Fish Story is more of a wry comedy than a thriller, replete with quirky characters and slightly absurd situations. 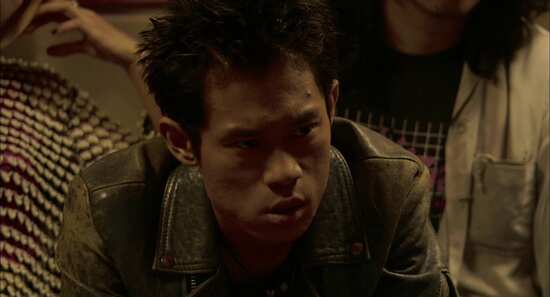 Of course this would be the worst place for me to start talking about the plot. This is the kind of film that appreciates spoilers the least, and the last thing that you’d want to know is how the stories tie together. But what’s charming about Fish Story is that the four time periods that it visits, the four stories that it tells are in essence four different genre films. The 2012 setting is potentially one of those disaster movies, full of effects and loud noises, but turns out to be something a lot smaller and intimate, as practically the only three people remaining in the city gather at a record shop awaiting the final moment. The record shop owner wants to play this rare, practically legendary punk record for his only customer, when into the shop walks a man who, having foreseen the day of doom, has spent his final years racking up a debt, living a life of hedonistic indulgence. He’s curious as to why the music shop is open, and as the three listen to the record, their conversation becomes a philosophical debate between fatalistic acceptance, and desperate hope in the face of certain doom. 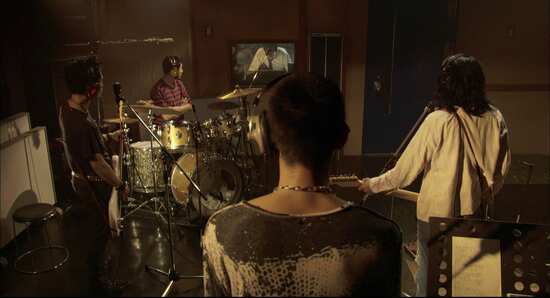 Nothing quite so weighty as an imminent apocalypse back in 1975, but perhaps it has the same philosophical argument at its core, with Gekirin a punk band before the punk movement hit, faced with the imminent dissolution of their band, yet recording one final anthemic pop song in defiance of that fate. It’s more of a slice of life tale, four individuals trying to hold onto their punk identity, in the face of increasing pressure to conform, from society and from their record label. It doesn’t help that they are afflicted by those creative differences that sunder so many bands, and it becomes a question of which will end the band first. 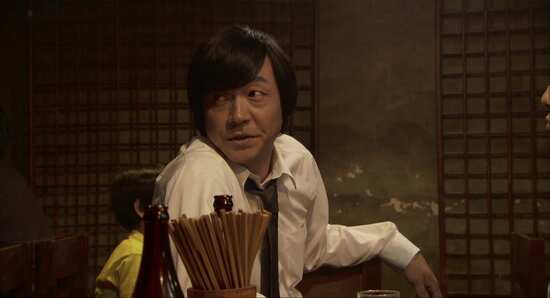 The 1982 tale of the timid driver and his obnoxious friends is more of a ghost story, with the legend of a woman’s scream hidden in the silence in a song having an effect on the young college student. That’s only the start, as he later meets a girl with a psychic gift, who sees him and issues forth a prophecy, one that can only come true if he can ditch his timid nature. The night is about to get even more bizarre. Finally there is the schoolgirl who falls asleep on a ferry in 2009 and winds up sailing away from her destination. A young pastry chef tries to cheer her up, when a group of cultists hijack the ferry. This is the action movie section of the anthology, an obvious nod to Under Siege and all the other Die Hard variants. 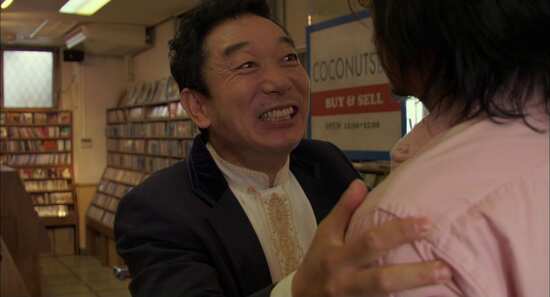 The thing is that all these threads intertwine to create a really quirky and delightful tapestry, with wit and humour, as well as an exceptional cast. The music is catchy of course, the spookiness is palpable during the young driver’s adventure, and the action during the hijack is really well choreographed and directed. Even better, it’s definitely more than the sum of its parts. I enjoyed Fish Story tremendously, lost myself in its charms for a couple of hours, and felt all the better for investing my time in it. All apocalyptic disaster movies should be this good. As to whether punk can save the world… You’ll have to watch it to find out. 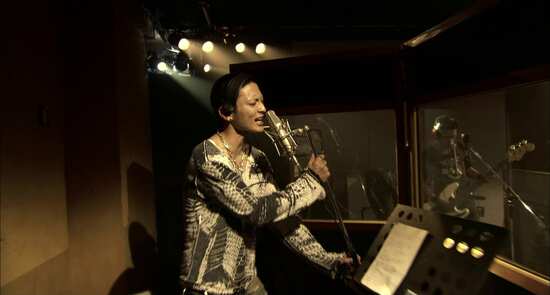 Blu-ray can definitely enhance your viewing experience though, as the quality of the image and the crispness of the audio will let you put that DVD to bed, and if you missed the movie the first time around, then it’s just as ripe for discovery now. On top of that, Third Window Films have sourced some more extras for the release, and it’s worth it just to see Gekirin perform live even more.