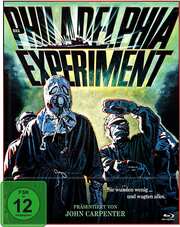 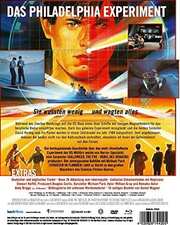 Review for The Philadelphia Experiment

This will be coming out in the UK very soon. I don’t know who will be releasing it; indeed I have no basis to make that claim. I’m just going on past experience with titles like The Running Man, Strange Days, and Runaway. Now that I have spent more than I wanted to on importing this, some UK distributor will promptly announce a UK release for The Philadelphia Experiment. It’s also an object lesson in how much I have changed over the years. When I was younger, I would be happy with whatever I could get, and thrilled at movies presented on pan and scan VHS tapes. Now, it seems my enjoyment of a film is actively dependent on the quality of the transfer. The last time I watched The Philadelphia Experiment, it was on a lacklustre Anchor Bay DVD with a less than stellar transfer. I’ve waited a long time to watch this film on Blu-ray. 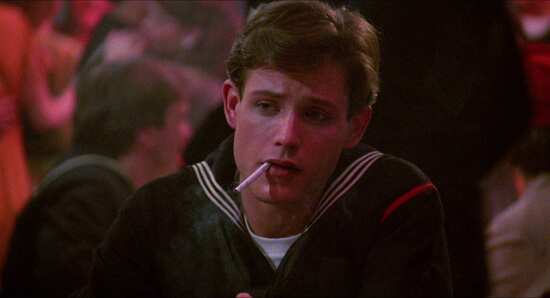 This is actually the second Blu-ray release for the Philadelphia Experiment in Germany, with the first coming from a fly-by-night company called Digi-Dreams Studios, which apparently gave the film the up-scaled DVD treatment. Not even I was that desperate. So when last year Koch Films announced that they had the licence and had sourced a new 2k restoration from the inter-negative, the money had left my wallet before I barely noticed. 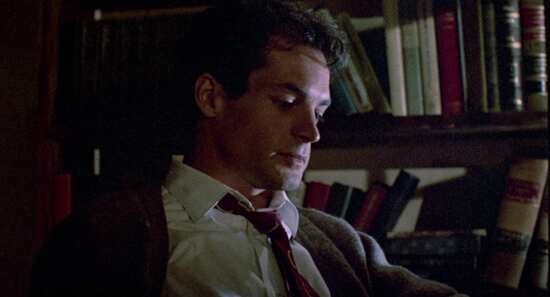 David Herdeg and Jim Parker are two sailors who have found a cushy assignment to take them out of the war for a while. The US Navy is conducting a radar invisibility experiment aboard the USS Eldridge in Philadelphia, and they need a crew to be aboard for the test. The system developed by a young scientist is an innovative one using EM waves to hide the ship. But when the system is activated, the ship literally disappears, pulled into some kind of vortex. Desperate to escape, Herdeg and Parker jump overboard, only to land in the middle of the Nevada desert in 1984. An aged scientist has tested a missile defence system only for a whole town to vanish, leaving a hole in the space-time continuum. This hole is sucking all matter into hyperspace, and the world is threatened. The key to closing it lies in David Herdeg and Jim Parker. 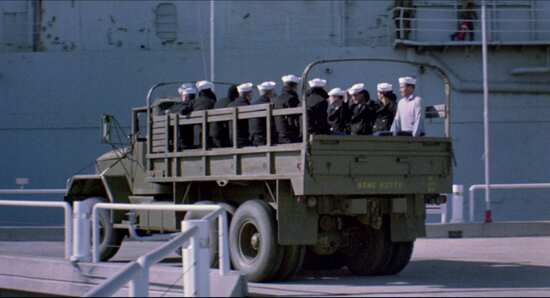 The film pretty much gets a dual layer Blu-ray to itself here, and the results, while not spectacular, certainly present the film in a more positive light than the old Anchor Bay DVD that I’m comparing it to. The 1.85:1 widescreen 1080p transfer is clear and sharp for the most part. Colours are natural and consistent, and detail levels are excellent. There’s no problem with bloom, although there is a smidge of black crush. Skin tones are natural, there’s very little post-processing, and the natural simmer of film grain is present. There are a couple of scenes which are excessively soft, and subject to rather clumpy grain, but these look like ‘after the fact zooms’, where the director neglected to get a close-up, and the editor accomplished it by cropping and blowing up a segment of the frame instead. 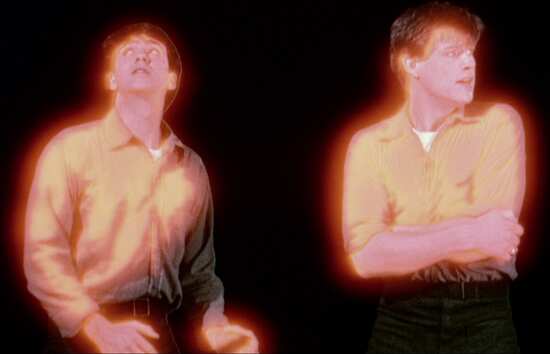 You have the choice between PCM 2.0 Stereo English and German, with optional English and German subtitles. The dialogue is mostly clear (it’s one of those movies where it takes a few minutes to tune your ear in), the action comes across well enough, and the simple music soundtrack is certainly reminiscent of a John Carpenter film, even if he only serves as Executive Producer here to give that little marketing push. The soundtrack may be stereo, but it certainly prologics up a treat to give a little surround presence. 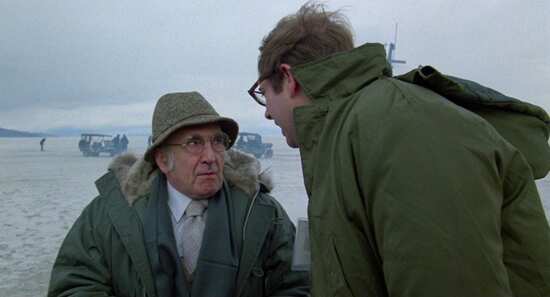 Koch Films give The Philadephia Experiment the Mediabook treatment here, my least favourite packaging solution. It’s basically a hardback book with the inner pages replaced with plastic digipacks, here holding three discs, two at the front, and one at the back. There is a large German ratings logo on the front, but thankfully unlike the Tank Girl mediabook, here it is an easily peel-off-able sticker. You get two DVDs and one Blu-ray in this collection. One DVD is merely the film disc repeated, albeit with an anamorphic PAL presentation with Dolby Digital audio. 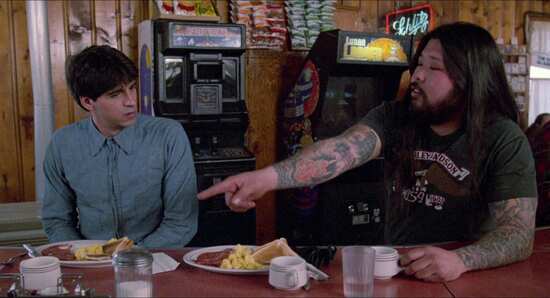 On the film disc you get three trailers and a photo gallery.

The second DVD has the juicy extra worth watching in this collection, the 67:45, A Conspiracy Classic making of featurette. The producer, the director, and one of the writers, as well as star Michael Paré offer their recollections of the movie. This featurette is in English and autoplays with German subtitles, but you can turn them off. 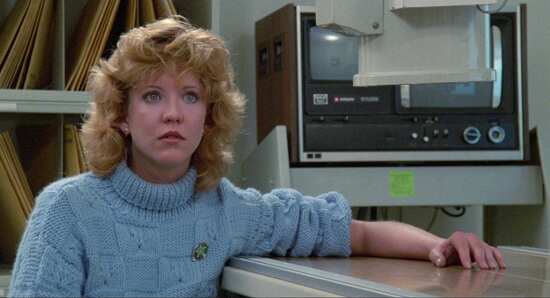 In between the two digipack panels, and bound to the spine of the Mediabook, are 20 pages worth of a booklet with writing on the film. It’s all in German though. 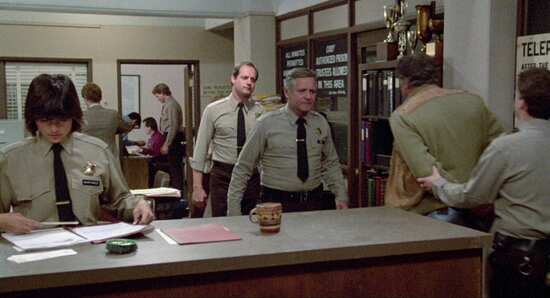 I know, I’m fickle. But watching The Philadelphia Experiment on a decent Blu-ray with a great transfer made me forget all my complaints about the film when I reviewed the DVD, and I enjoyed it as much as I did the first time I saw it, maybe even a little more. I certainly wasn’t as critical of the main cast performances as I was the last time, and I actually appreciated the love story as a contrast to the sci-fi time travel storyline, as opposed to my cold reception of it with the DVD. I think I’ve actually done an about face with the Philadelphia Experiment, and have fallen in love with it again. 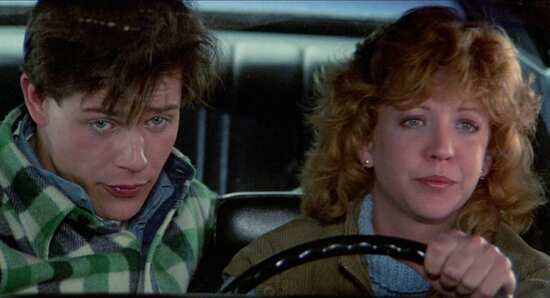 It is still a conspiracy theorist’s delight, with a story based on a supposed incident with the USS Eldridge in 1943 during a top secret test in the Philadelphia shipyard; one of those tales like the Roswell crash that somehow had always been common knowledge when they first appeared in the fifties at the height of the Cold War, but it certainly makes for a great story. 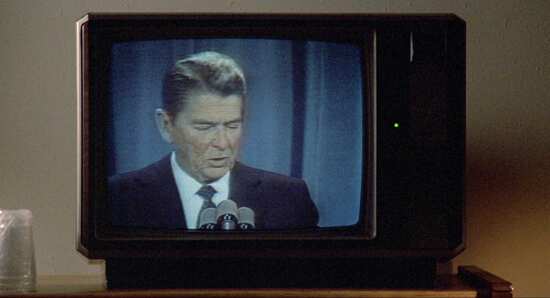 You can learn on the bonus disc of the rocky road the script had to film, even if the production came together easily. The film actually originated with John Carpenter, but he couldn’t stick the ending, and the pass the parcel process through ten other writers apparently resulted in a film unrecognisable from Carpenter’s first incomplete draft, but watching the film now, it’s amazing the structural similarity it has to John Carpenter’s Starman, with David Herdeg’s WWII sailor practically an alien in 1984, suffering from a whole lot of culture clash, on the run from the local authorities, and falling in love with an ‘Earth’ woman during a road trip that starts off in fraught circumstances. 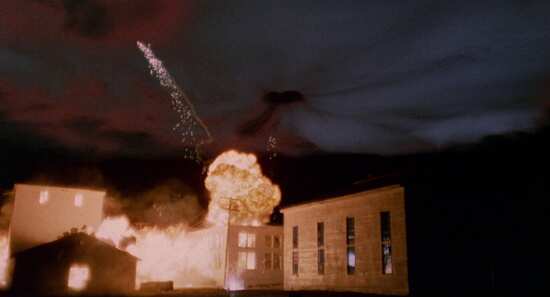 For me, The Philadelphia Experiment is a fun movie again. The time travel plot and sci-fi storyline hits the right notes, while this time I was invested in the characters. And finally, the film gets the transfer it deserves in high definition. You’ll probably appreciate the Mediabook more if you can read German and take advantage of the booklet pasted within, but the lengthy featurette on the bonus DVD is certainly informative and enjoyable, even if it could have fit onto the Blu-ray with ease.