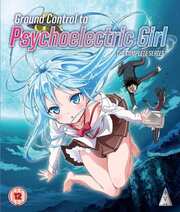 I got irrationally excited by the name of an anime again. A few months ago, I was squealing my glee at the prospect of reviewing Rascal Does Not Dream of Bunny Girl Senpai, a provocative title indeed for a show. This month, MVM have sent me another batch of review discs, and top of the pile is Ground Control to Psychoelectric Girl. Once again, it’s the name that draws me to the show before I know anything else about it. I mean, ‘Psychoelectric Girl’? That’s got to mean something more than the usual anime show. 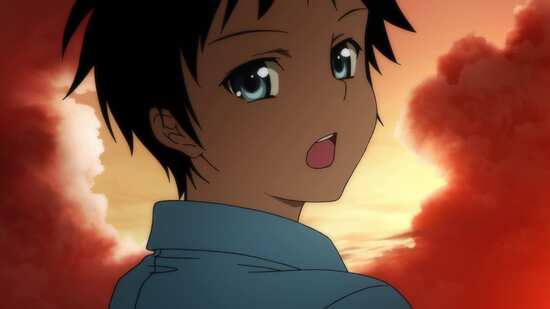 But then I found out some more about it, and I have to admit that my enthusiasm waned a little. Ground Control to Psychoelectric Girl is an anime show that comes from Studio SHAFT, and like so many of their shows, is directed by the inimitable Akiyuki Simbo, the man behind shows like Monogatari and Puella Magi Madoka Magica. So far so impressive, but Psychoelectric Girl is about a girl who thinks she’s an alien. I thought Simbo had already done this. And then I checked, Arakawa Under the Bridge is a show he directed for Studio SHAFT, about a girl who thinks she’s an alien. Let’s see if it is different... 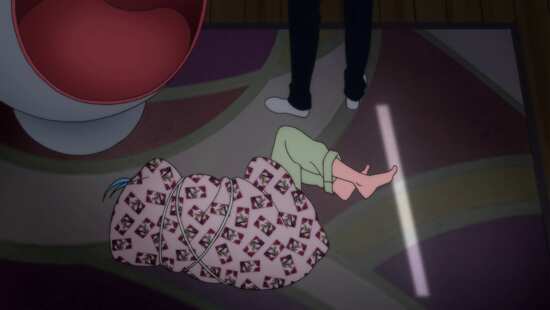 Makoto Niwa’s parents have gone abroad to work, so he now has to move in with his aunt and transfer to a new high school. His aunt Meme Towa certainly is unconventional, tactile and prone to teasing her nephew, but it’s news to him to learn that he also has a cousin. You can understand why Erio Towa has remained under the radar. When Makoto first lays eyes on her, she’s wrapped up in a futon from the waist up, her face obscured, and she claims that she’s an alien. Then again, Erio did go missing for six months, was found floating in the ocean, and she has no memory of that time. 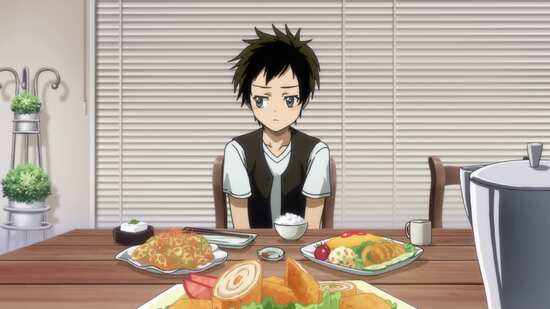 13 episodes of Ground Control to Psychoelectric Girl are presented across two Blu-rays from MVM. 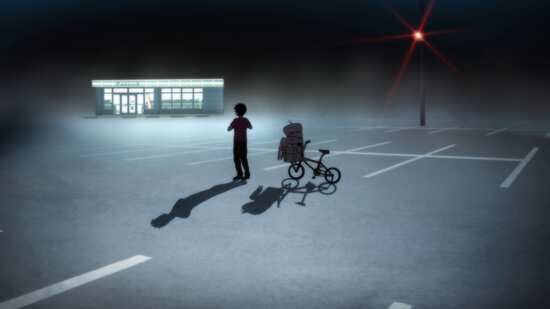 The show gets a 1.78:1 widescreen transfer across two discs. The image is clear and sharp, with rich consistent colours. It is probably the most conventional looking SHAFT anime that I have seen, almost feeling 3-dimensional from a company whose anime usually feels flat and most comic-book like. The character designs are appealing and distinctive, the world design is detailed and well thought out, while the animation is smooth and imaginative. Ground Control to Psychoelectric Girl has a dreamy quality to the art style that really suits the story well. 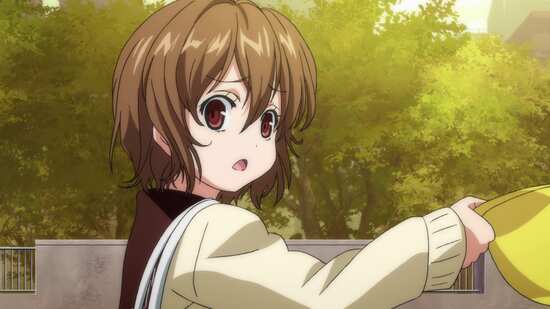 Ground Control to Psychoelectric Girl gets a PCM 2.0 Stereo Japanese track with player locked English subtitles. The audio is fine, the dialogue clear and the action is represented well in the stereo. The music suits the story, and the show gets a couple of catchy theme songs. The subtitles are accurately timed and are free of typos, although one or two localisation choices might cause a raised eyebrow. 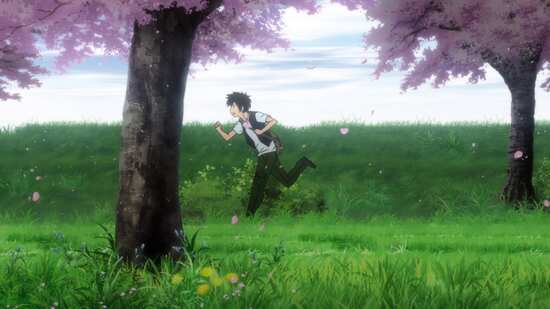 Both discs present the episodes with animated menus.

Disc 2 has the extras, which comprise the textless credits (1 opening and 3 endings) and a 30 second commercial for the show. 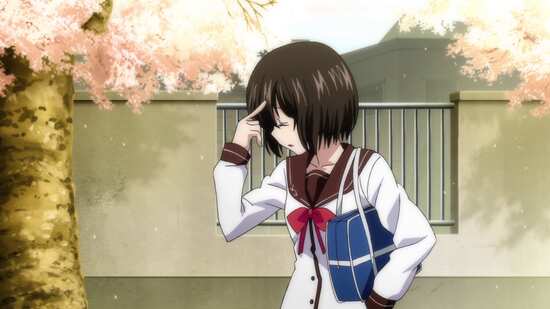 There are also links to 3 trailers for other NISA titles, but on this release, they just lead to black screens which then jump back to the menu, or where you left off the episode depending on where you tried to play the trailers from. 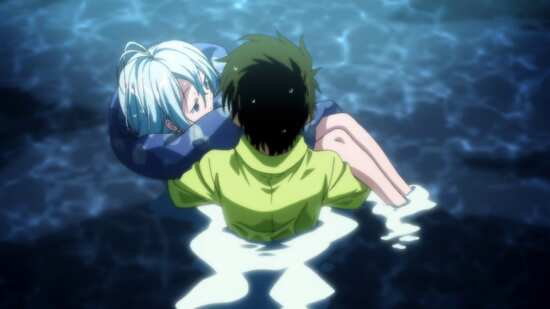 I made a mistake with Ground Control to Psychoelectric Girl; I read the blurb. That led to expectations for a show about a girl that thinks she’s an alien. I was all ready to make comparisons to shows like Niea_7, Arakawa Under the Bridge, The Melancholy of Haruhi Suzumiya, and Tsuritama, and for the first few episodes I had an increasing sense of frustration as the show refused to be defined in those terms. One cognitive reset later and I realised that Ground Control to Psychoelectric Girl is actually a harem comedy, the quintessentially anime form of the romantic comedy; one teen male presented with a group of potential girlfriends and forced to navigate those relationship rapids. This means that Ground Control to Psychoelectric Girl is competing in a very crowded genre. Fortunately it’s a very good harem comedy. 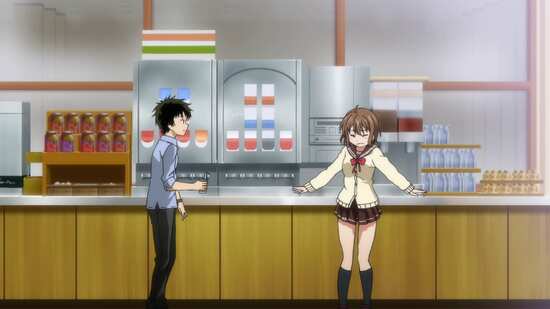 It always begins with the central teen male character, and in this case Makoto Niwa is a lot more interesting than the usual anime milquetoast. His approach to life is to keep a balance sheet for his adolescence, scoring various levels of plus points for positive events like spending time with girls, and suffering a loss of points for moments of teenage embarrassment, an over affectionate aunt would be a case in point. 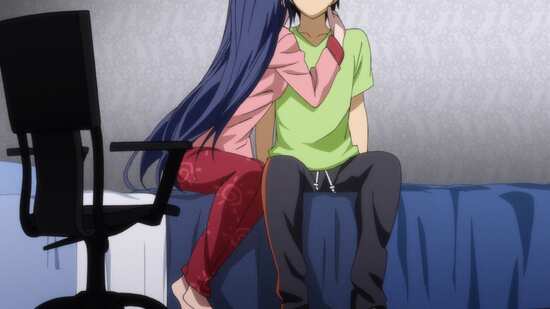 That particular problem becomes a regular occurrence when his parents move abroad and he moves in with his aunt Meme Towa and transfers into another high school. Meme is an affectionate and tactile woman who loves to tease her nephew. To make matters worse, she has a daughter who Makoto never knew. Erio Towa has dropped out of school, is practically a shut-in, and remains wrapped in a futon from the waist up, her face obscured. She went missing some time previously, and has no memory of the six months that she was absent. She assumes that she was kidnapped by aliens, that she is an alien, and has developed a delusional worldview as a result. Meeting Makoto begins to bring her out of her shell, and it doesn’t hurt that when she unwraps that futon, she’s revealed to be decidedly cute. 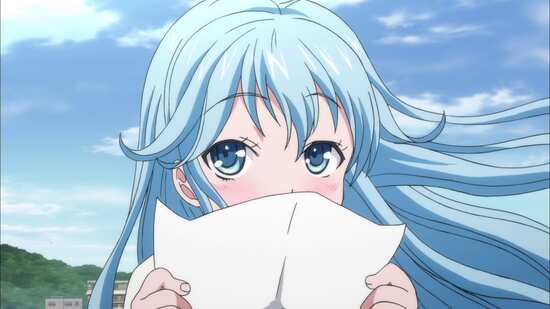 The cuteness doesn’t end there. When Makoto starts his new school, he meets Ryuko Mifune, at least she wants to be called Ryuko; most everyone else calls her Ryushi. She’s a perky ball of energy that is in the basketball club, and she takes an instant shine to Makoto. Although it quickly becomes clear that she has some kind of history with Erio, which leaves a lingering awkwardness between them. Also in Makoto’s class is a tall girl named Maekawa, who has a seriously dry sense of humour, a penchant for cosplay and dressing up as mascot animals, and is afflicted with anaemia. About halfway through, we also meet a little girl in a spacesuit called Yashiro Hoshimiya, who explicitly claims that she is an alien, and is determined to awaken Makoto’s ESPer powers, although she behaves more like a runaway. 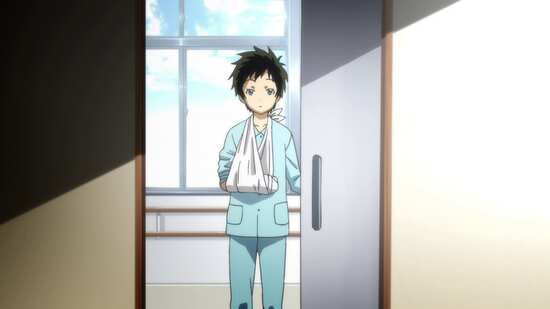 There is a lot of back-story and mystery here that the show could be concerned with, things like those missing six months in Erio’s life or the identity of her father that might appeal to the sci-fi aspects of the premise. But Ground Control to Psychoelectric Girl eschews the more obvious route, even downplaying the romance somewhat to present more as a slice-of-life show, where the most imperative storyline is that of a baseball game to determine where the town festival will be held. Certainly oddities do occur, the strangeness of events that might have you scratching your head, but only as much as the characters that experience them do. Whether any of these occurrences are supernatural or just coincidence are left up in the air. 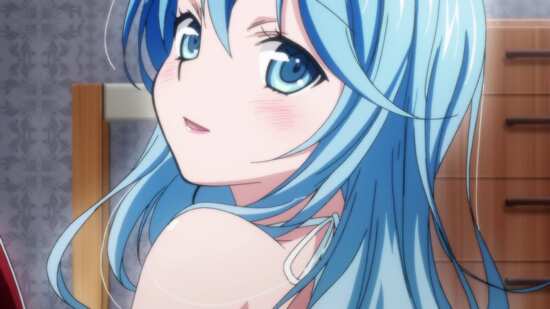 Where Ground Control to Psychoelectric Girl really does excel is in the character writing. These characters are all fleshed out to a much greater degree than in the average harem rom-com, and they all go on their respective journeys here. This shouldn’t come as much of a surprise if you’ve seen other Akiyuki Simbo directed shows like Monogatari, but having the greater character focus in a slice-of-life show, where the fantastical elements are toned down actually makes it more rewarding and certainly makes for a heart-warming show. You really do end up caring about these characters, even the more wacky ones like Meme and Yashiro who in other shows could be there purely for comic relief. You can tell how much the writing matters when the episodes don’t conform to broadcast time slots, but instead run to as long as they need to. Episode runtimes vary from 24:10 to 29:31. 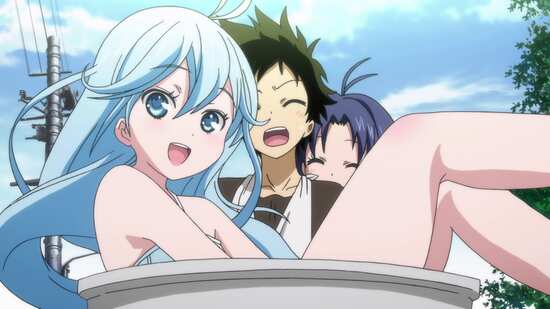 Ground Control to Psychoelectric Girl is a very satisfying show, which on these discs gets an excellent presentation (they are essentially clones of the NISA discs). Just don’t do what I did and go into the show with expectations. I’m already going to have to watch the show again without those preconceptions to better appreciate the character dynamics in the story.