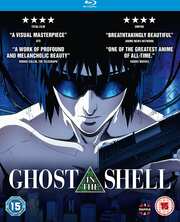 Ghost In The Shell (Blu-ray Details)

Review for Ghost In The Shell

I never thought that I’d be reviewing this film again. It’s had a rocky road here in the UK, and I have reviewed it for this site on no less than four occasions. You might be wondering what prompted a fifth look at this seminal anime film. The first DVD had the wrong aspect ratio, and Manga Entertainment surreptitiously upgraded it to a fixed version, which then had a sound sync problem. They then released a Special Edition, which fixed this, and then left out the LFE channel on the English surround track. 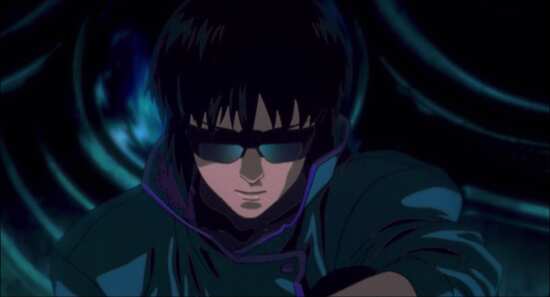 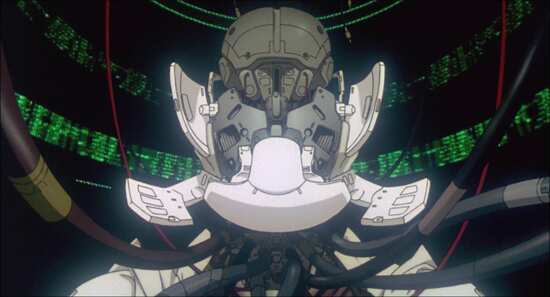 Set in the near future as many of these cyberpunk stories usually are, 2029’s society has seen the melding of man and machine. Cyborgs are commonplace, whether it is simple memory enhancements, to completely robotic bodies with organic brains, the line between man and machine has never been more indistinct. A cybernetic crime fighting team take on the Puppet Master, who has been manipulating society, hacking into people’s “ghosts” and altering their memories so they would commit crimes in his name. Investigating the Puppet Master, Section 9 comes up against a deep-seated conspiracy rooted in the very government. When an AI takes cybernetic form and requests asylum, the boundary between man and machine is blown away, and the one true question remains… What defines a soul? 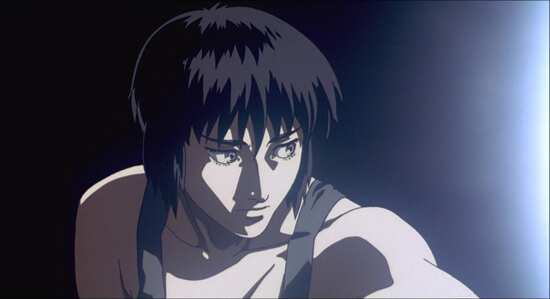 Ghost in the Shell gets a 1.85:1 widescreen 1080p transfer, window-boxed slightly suggesting that the original transfer is from that time when the early HD TVs were still CRTs, and overscan was an issue. It’s a decent HD image, clear and sharp, and you certainly get more in the way of detail than the deliberately softer and post-processed 2.0 Blu-ray. The film retains the original look, the green blue colour palette and the Matrix inspiring opening credits. The transfer is properly filmic with a smidge of grain, and there is a bit of flicker as well. The blacks do tend to grey, and brighter light sources can be blown out. I wouldn’t normally suggest this is an issue, but having seen some comparison shots with the forthcoming Ghost in the Shell UHD from Lionsgate in the US, headlights which are a featureless bright blob on the Blu-ray actually have discernible detail on the UHD. 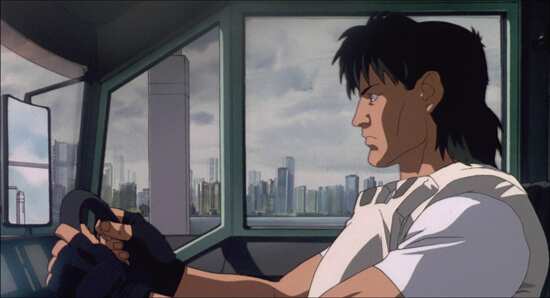 You have the choice between DTS-HD MA 5.1 Surround English and PCM 2.0 Stereo Japanese with optional subtitles and a signs only track. I didn’t check the English audio much to be honest, although from what I heard, it was still dropping background dialogue to the inaudible, and missing out sound effects. My interest as always was with the Japanese audio, and the stereo track is really quite good, and prologics up a treat, presenting the action and Kenji Kawai’s evocative music to excellent effect. 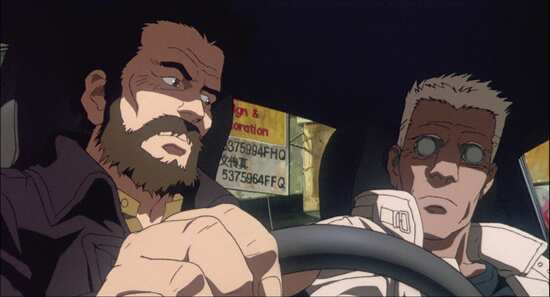 The bigger problem for me is that it has kept the subtitles from the 2014 disc, with its different and on occasion clumsier translation. I have the strong suspicion that Manga have a prankster doing their subtitling, as I’ve seen on more than one home-released anime title (not a clone of a US or Australian disc), that they try and sneak in some horrifically obvious British dialect. It stuck out like a sore thumb on Manga’s release of Attack on Titan Season 1, and it’s worse here. There are a couple of moments where the subtitles actively throw me out of the film. On the DVD, Kusanagi says “Quit complaining!” at 14:59. At the same point on the Blu-ray, at 14:54 she says “Don’t mither!” Now she’s a bloody Yorkshire lass! You get the subtitles skewed to that degree, and it’s like a kick to the groin when you least expect it. Getting a character’s gender wrong is the least of its problems. 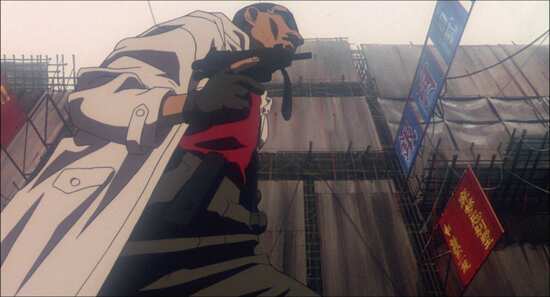 Absolutely nothing but an animated menu on a disc that comes in a barebones Amaray case. You’ll have to hold onto the DVD or the 2.0 Blu-ray for some extra features. 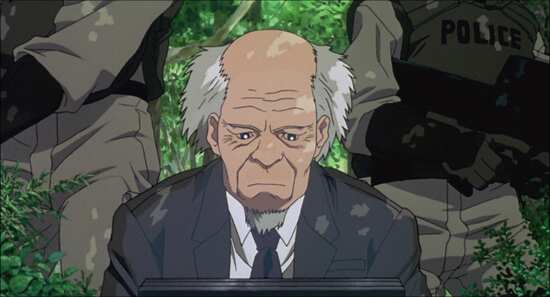 Another Ghost in the Shell release and another disappointment. Don’t believe everything you read on a forum post. This disc might have been re-released in 2017, but it’s still broken, both when it comes to the audio and the subtitles. Perfectly good subtitles for the film exist, and have been used since the VHS release all the way to the 2.0 Blu-ray release. And for some indiscernible reason, Manga commissioned a new translation for this Blu-ray release of the film, and the change is jarring. For me it’s more of a shock than the 2.0 look was. Something just felt wrong while I was watching the film, and for the most part I just couldn’t put my finger on it, except for the obvious howlers. Then again, this is a film I’ve seen close to 20 times now on various formats. 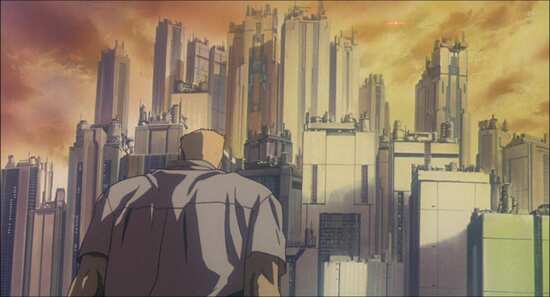 It is a great film, and as mentioned I’ve written about it on several occasions at this point, and you can see just how influential it has been through the years, not least on The Matrix trilogy. It is cyberpunk anime at its finest, with Mamoru Oshii finding the perfect balance between action and philosophy, which he would lose with the sequel when that descended into pretentiousness. It provokes thought, and entertains in equal measure with some visuals that are still stunning after all this time. 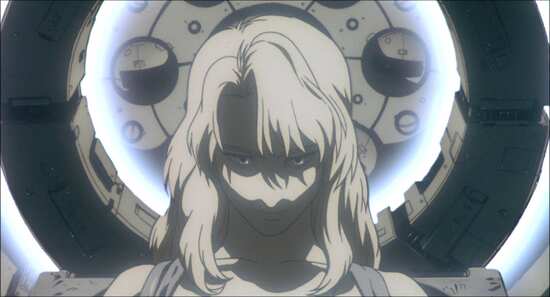 But this Blu-ray from Manga Entertainment isn’t the way to watch it. The English audio is still borked, and the subtitling is bizarre. I’m still going to stick to that DVD for the original Ghost in the Shell experience.

I have the animated film DVD and the live actors film version DVD made years later, but prefer the animated, just due to the shear strength of the wonderful music, which gives it such a fantastic atmosphere. I can see your reasoning for a lower rating, For some reason some re-releases of Japanese classics in other formats, spoil the voices and music tracks. Example: I had original 'Laputa-castle in the sky' on VHS and it was brilliant, and they ruined it by using new voice actors on the DVD, and changing the music in places. Unfortunately no longer have a VHS player to play original. Pity!
posted by bandicoot on 9/9/2020 23:31