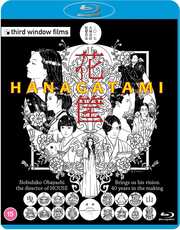 Blu-ray
The Legend Of The Stardust Brothers
Related Articles

Once again, I’m painfully reminded that the more you learn, the more you realise you have yet to learn. Hanagatami is my first encounter with the work of the late director Nobuhiko Obayashi, who passed away from cancer earlier this year. And yet he was one of the most renowned Japanese directors in the last half century. I can only put my lack of knowledge down to the fact that his best known film in the West is the 1977 horror House, and horror isn’t a genre I naturally gravitate towards; that and the fact that like a lot of Japanese cinema, his back catalogue is under-represented in the West. Perhaps that will change now that Third Window Films is bringing his penultimate film Hanagatami to UK Blu-ray, a passion project that took him 40 years to get made. 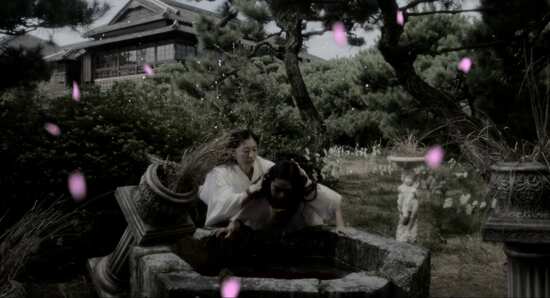 Hanagatami follows the lives of a group of school friends in the seaside town of Karatsu in the months leading up to Pearl Harbour and Japan’s entry into the Second World War. The story is seen through the eyes of 16-year-old Toshihiko, who has recently returned to Japan from Amsterdam. 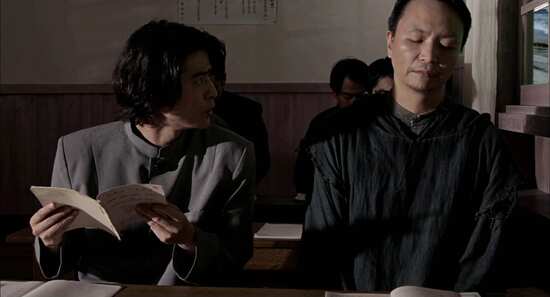 Hanagatami gets a somewhat odd aspect ratio, which eyeballs at a windowboxed 1.85:1 widescreen 1080p transfer, although the aspect ratio does shift through the film. It even starts off in monochrome with missing frames giving it a jerky appearance (it’s not a fault), before introducing a little sakura petal colour and moving to 24fps. The film is a fantastic concoction of imagery, with sets and locations, coupled with green screen and special effects work, where the special effects stand out so blatantly that even the naturalistic elements seem faux. The image is clear and sharp with no concerns about compression or the like. The audio on the disc is presented as DTS-HD MA 5.1 Surround Japanese with optional English subtitles. The dialogue is clear, and the film makes extensive use of classical music. One of the themes used, and the way the story unfolds kept reminding me of Evangelion: Death & Rebirth. 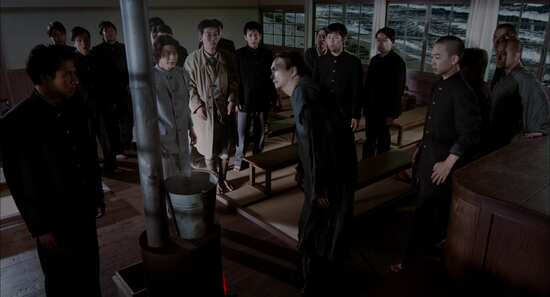 On the disc you’ll find two featurettes, beginning with the Making of Hanagatami, which lasts 19:31 and is presented in 1080i. It looks at how the production made use of the Katsura locations.

The Interview with Director Nobihiko Obayashi lasts 34:31 and goes into his career as well as this film. 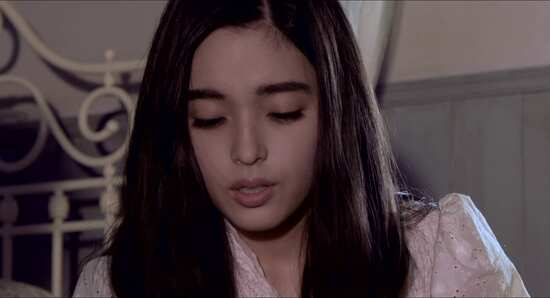 Once again, Third Window Films have challenged me with a release, and having seen Hanagatami now, I can best say that I don’t know. I do know that I have to watch it again a few times, leaving sufficient time between viewings to let the film sink in and for me to contemplate before I can present a fully formed opinion. Nobuhiko Obayashi created as his penultimate film a work of art as cinema, and as such it is really down to the viewer to interpret, to form their own opinion and that is something which is difficult to do with just one viewing. It isn’t an easy film to appreciate; you have to work at it and learn to deal with just how stylised and artificial it seems. The overt theatricality of the performances stands in opposition to what we’ve come to expect from modern film acting, and that also takes a lot of getting used to. The artificial nature of the cinematography, the overt use of special effects and green screen to the degree that you question the film’s reality also stands as an impediment to engaging with the film. 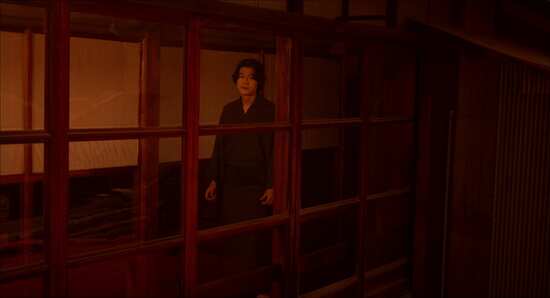 I can only give you my interpretation of the film and it may not be what others will see. Hanagatami is quite obviously a commentary on the foolishness of war, although given that it’s set before the war, you might think that it’s somewhat prescient in what the characters go through in the film. In this regard, I think it certainly helps in being familiar with early 20th century Japanese history, particularly the war with Russia and the invasion of Manchuria. I also felt deficient when it came to Japanese literature and poetry of the period which also has significant meaning in the film. But you do get the heady nature of youthful friendships and relationships, the optimism of adolescence in the group of six friends and those around them. But the increasingly martial nature of the world, the fervent nationalism, and the obvious signs that the country is heading down a dark path, casts a shadow on the friends which has more and more influence over their interactions and choices. 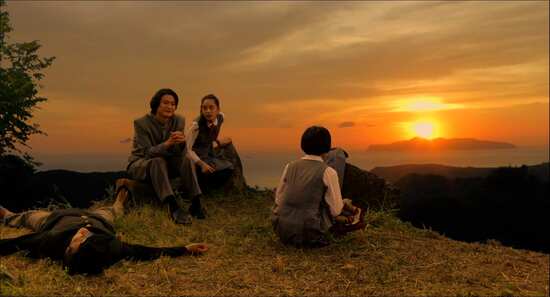 The naive and outgoing Toshihiko is at the heart of the story. In his school he becomes fascinated by Ukai, who has an independent streak and a lot of charisma. On the other hand Kira is an ascetic who is lame, almost monk-like in his demeanour, but with a cynical edge. Toshihiko’s aunt Keiko looks after her sister in law Mina who is suffering from tuberculosis, and Mina’s friends, outgoing Akine and dour Chitose round off the group. Chitose also happens to be Kira’s cousin. 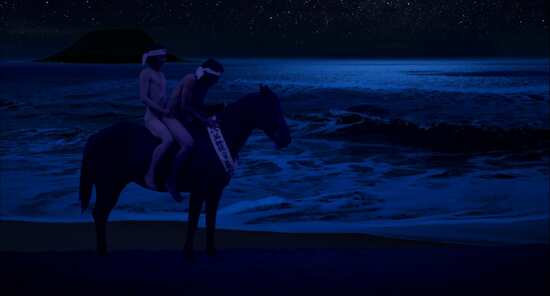 The thing is with the way the characters are defined and with the overtly theatrical performances, for me it isn’t just aspects of the story, elements of the film that feel like metaphor and dream, I could see the whole film as a metaphor for Japan, with the characters as aspects of the nation. With what happens to them in the story, it’s almost a mirror of what the nation went through in the build up to, during, and after the war. 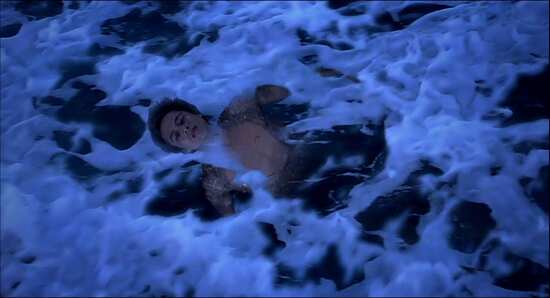 Sometimes the last thing that you should do is ask an artist what they intended with a work of art, but I do feel ill-equipped to comment on Hanagatami’s merits or lack thereof. I feel I could use some pointers as to the storyteller’s intentions. Taken at face value, it’s a baroque piece, almost overwhelming visually and aurally, yet remarkably, and even disappointingly simplistic when you look at the characters and the story. Yet if you start seeking out the metaphors, contemplate the subtext, the film takes on layers, and you can even start seeing aspects of yourself reflected in the film. That’s as close a definition to art that I can think of. But that takes work, and ironically, can distance you from what the film is trying to say. I doubt that I have cracked this nut on just one viewing, and will have to re-watch it quite a few times yet. Third Window Films’ presentation of the movie is impeccable as always, but I have to say that the more you bring to Hanagatami, the more you’ll get out of it.