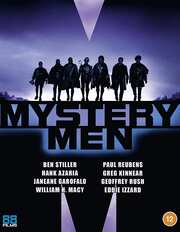 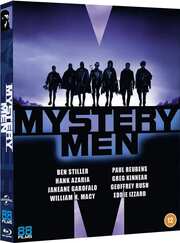 We normally associate cult movies with independent filmmakers, or small or niche studios; the low budget, lo-fi hits that somehow garner a devoted and permanent fanbase through word of mouth and community. But the big studios make cult hits too. They never intend to; they’re looking for the next blockbuster summer tentpole hit, but what happens is that the film flops hard in the cinema, fails to make back its money, but subsequently finds appreciation and love on home video. But the big studios, having been burnt by the cinema release, only think of that initial home video release as a one-and-done prospect, a last chance to recoup some lucre from that abject failure. When it comes to subsequent re-releases, especially on better formats years later, it falls to the boutique labels to hopefully pry the title from the studios’ fingers. If they can do that much, the cult movie will get a far better release than any that a major studio could give it. Arrow’s release of Robocop is an example, or Koch Films’ release of Tank Girl. Now 88 Films have got their hand on Mystery Men from 1999, which hasn’t had a UK release since the 2000 DVD. It’s long overdue a second look. 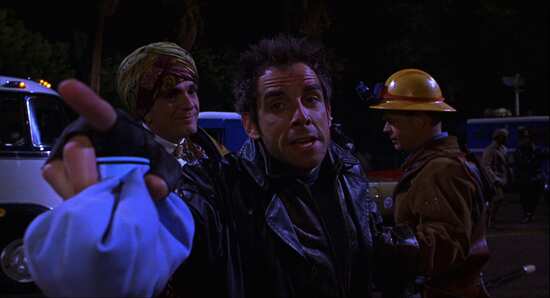 Champion City literally has a champion, in the popular, and lucratively endorsed Captain Amazing. But the only gigs he’s getting now are saving a bunch of OAPs from a second rate gang. Although the wannabe heroes, Mr Furious, The Shoveller, and The Blue Raja couldn’t even handle that situation. Captain Amazing realises that if he wants his star to be in the ascendant once more, he’ll need some serious opposition. In his dual identity as billionaire philanthropist Lance Hunt, he influences the parole board and has his arch-nemesis Casanova Frankenstein released. That’s a big mistake, as with his next evil plan, Casanova Frankenstein has taken Captain Amazing into account. 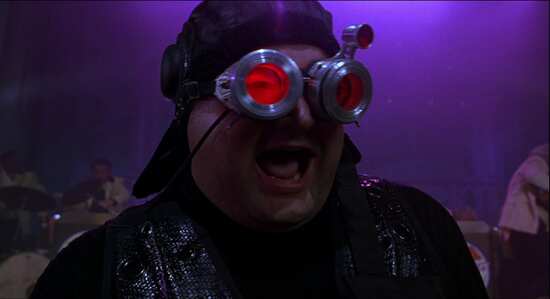 So now, the second string heroes, Furious, The Shoveller, and The Blue Raja are all that stand between Frankenstein and the destruction of the city. They have their work cut out for them. Not only will they need to recruit new heroes into their team, but they need some serious training and some effective superhero kit as well. And even then, they may not be the best people to save Captain Amazing and Champion City.

This release of Mystery Men is uncut in the UK for the first time on home video. Frankenstein gets tango’d. 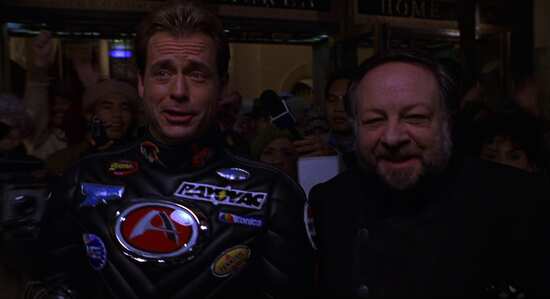 Mystery Men gets a 1.85:1 widescreen 1080p transfer with DTS-HD MA 5.1 Surround English audio and optional English subtitles. The image is clear and sharp, the film’s lush, comic-book colour palette is vibrant and pops off the screen, and there is a decent level of film grain. Detail levels are good to excellent, with the odd softer scene noticeable. The black levels aren’t quite there, with some darker scenes not quite as clear as you’d hope, but these issues are matters of small degree rather than deal-breakers. The audio is excellent; the surround is effective and immersive, while the dialogue remains clear. The LFE is put to good use enhancing the action sequences. 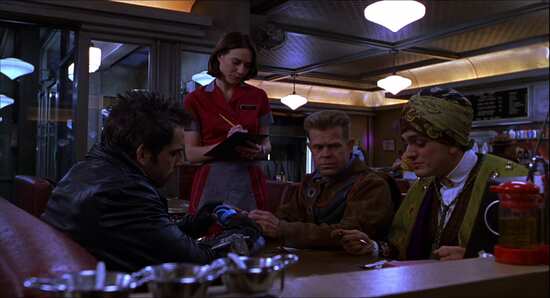 Mystery Men, released in 1999 comes from that era when CGI was still nascent and expensive. But it makes it all the more impressive when you realise that Mystery Men was shot practically for much of the production. We’re talking practical sets and locations, in-camera effects and unenhanced stunts, and gorgeous costume and production design. CGI is apparent, but it’s used sparingly, and with exaggerated comic book effect. The film also gets a great, eclectic, and catchy music soundtrack. There’s plenty of disco, but no film from this era was complete without the presence of Smash Mouth and All Star. 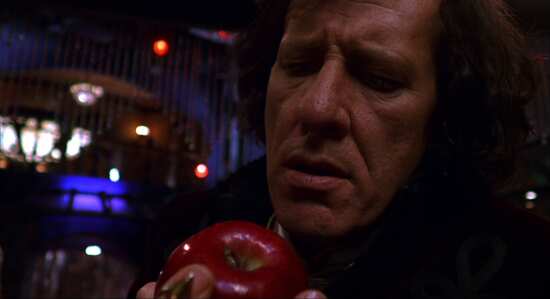 You get one disc in a BD Amaray case, wrapped in an o-card slip-cover. The BD sleeve replicated the o-card art, but it’s reversible, offering the US sleeve art as well and a chance to be rid of that horrible new BBFC logo.

Inside the case, you’ll find a 44-page booklet with writing from James Oliver, film stills, production photos and promotional imagery.

The disc boots to a static menu and is quite the treat for extra features. 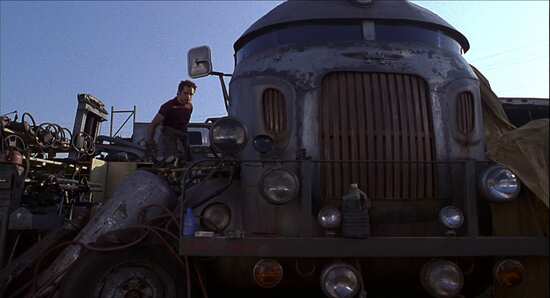 From the original DVD release, we get the audio commentary from director Kinka Usher.

New to this release are... 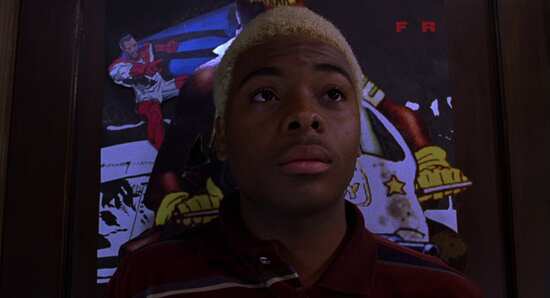 Given that this is the only feature film that Kinka Usher directed, it’s quite the coup to get a retrospective making of interview with him, and the other insights into the production are quite interesting.

Finally there is the theatrical trailer (2:29). 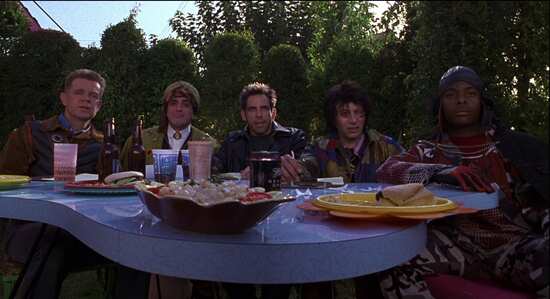 Mystery Men was so ahead of its time back in 1999 that it hurts. Were it made today, it would probably flop again, as we’ve already entered that phase of superhero movies where they get self-referential, satirising the genre with films like Kick-Ass and Deadpool. But back in 1999, the films that Mystery Men parodies didn’t exist. At the time, there were the Superman films which had descended into farce, and the Tim Burton Batman movies, which were equally farcical at the end. A few years earlier we’d seen Judge Dredd and Tank Girl, and while I love the latter, it was a bigger failure at the box office than Mystery Men, and both weren’t exactly serious comic book films. It would be another year before X-Men would kick off the comic-book revolution, while Blade was so unconventional that it didn’t really count. Mystery Men was swimming in an empty ocean back then. 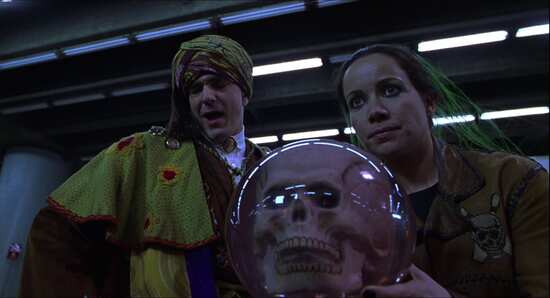 Looking at the film today, with the legacy of twenty years of Marvel and DC movies, with superheroes saturating the entertainment industry, having Mystery Men sending up those tropes makes it work so much better. I can even see its sponsored superheroes presaging one of my favourite anime shows from recent years, Tiger & Bunny. What Mystery Men did in jest, Tiger & Bunny turned into part of its premise. 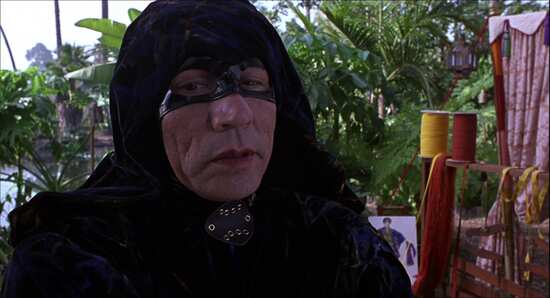 From what I’ve read about Mystery Men, it’s not a film that had an easy production process, with a first time director having to deal with the studios and a cast that didn’t always get along. None of that shows in the final product though. His vision comes across with clarity and effectiveness. Champion City is a metropolis as dark as Gotham, yet lit with neon flair that retains the comedy edge. That edge is certainly apparent in the cast, with some great performances really making the characters shine and the humour more effective. It’s rich and dense world which ensures that you re-watch the film to see what you missed the first time. 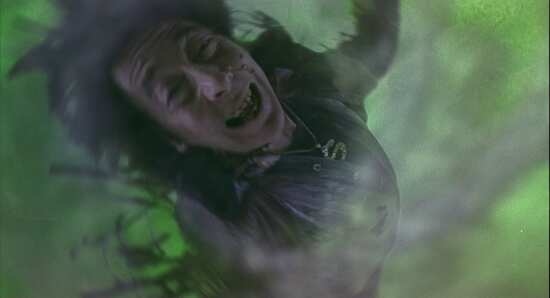 If there is an issue with the film, it’s that it has so many plot threads to weave into its story, that some are by the very nature of the film’s runtime diminished. It’s a film full of paintball hits of brilliance, moments of character and comedy that really shine, but even if your aim is perfect, shooting paintballs at a blank wall won’t get you a masterpiece. If it had been an hour longer, maybe some of the characters and relationships would have been developed more satisfactorily. But maybe a three hour superhero parody is something the world still isn’t ready for.