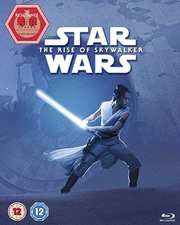 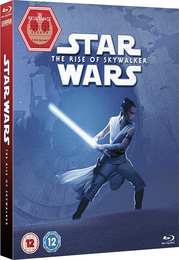 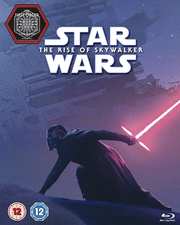 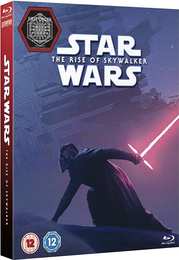 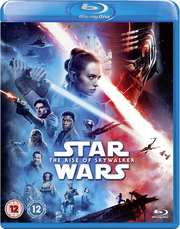 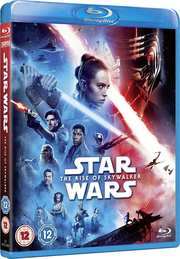 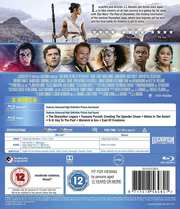 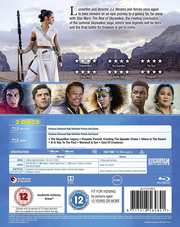 Review for Star Wars: The Rise of Skywalker

Another Star Wars movie meant another week-one purchase, but I have never been more reluctant to watch a Star Wars movie. With everything I’ve read and heard about the final film in the Disney trilogy that concludes the so-called Skywalker saga (and admittedly I wasn’t concerned about spoilers when I researched its story), I’ve been expecting the worst. That, as well as the experience of the two prior films in the trilogy, with The Force Awakens a thinly veiled rehash of the original Star Wars, and The Last Jedi, the most divisive film of the franchise, audacious and risk taking, yet curiously unfulfilling. This is not going to be fun, I said to myself as I placed the disc in the player, and sat down, stone-faced, prepared to see a franchise I once adored being flushed down the tubes. Optimistic, ain’t I?

The Emperor Palpatine is back, proclaiming his return on the galactic equivalent of radio, and the threat he poses is obvious. He’s broadcasting from somewhere in the Unknown Regions, and there are just two ways to find him; Sith Wayfinders, devices akin to compasses that point the way to the Sith world of Exegol. Kylo Ren has already found one, and Palpatine is offering him a new Empire on a plate. For the Resistance finding the second Wayfinder is a lot more complicated, but time is running out before the galaxy falls into eternal darkness.

Rise of Skywalker gets a 2.39:1 widescreen 1080p transfer, and you have the choice between DTS-HD MA 7.1 Surround English, Dolby Digital Plus 7.1 Surround French, and Dolby Digital 2.0 Stereo English audio descriptive, along with subtitles in these languages plus Dutch, Danish, Finnish, Norwegian, and Swedish. The audio is fine, even if the volume level is a little low. The surround is immersive, and you get all the action and effects, as well as an outstanding John Williams Star Wars score recreated to excellent effect. The image is clear, sharp, detailed and free of any issue, while the sets, effects and cinematography looks lush and lived in, in the way that a Stars Wars movie should look.

One thing that’s been bugging me for the last three films is the colour grading. It’s somewhat toned down and muted compared to the Fox movies, and it’s most obvious in the blue letters of the “A long time ago” opening caption and the end credits. That blue is subdued and muted to the point that it looks like a greenish teal, whereas the original films’ text tried to burn out the back of your retinas with brightness. Apparently the new Disney Skywalker Saga set has re-graded the original six films to look more like the Disney films, but that’ll be for someone else to review. Another issue is the Leia footage. They took Carrie Fisher scenes left on the cutting room floor, and massaged the script to get them to work in this film, but the scenes required a lot of digital massage, background removal and the like to get them to work, and I have to say that the seams were left showing. But generally this is another impeccable transfer of a modern film.

You get 2 discs on each inner face of a BD Amaray, and you have the choice of Resistance or First Order o-card slipcovers again.

This time around, there’s no filmmaker’s commentary; can’t think why...

The extras are all on disc 2, and unlike the feature disc, the extras disc has ten language subtitles.

The largest offering here is The Skywalker Legacy, a 126:11 making of documentary, looking at the final film of the saga. The documentary goes out of its way to make a connection with the original trilogy, adding behind the scenes footage from episodes IV to VI as well. 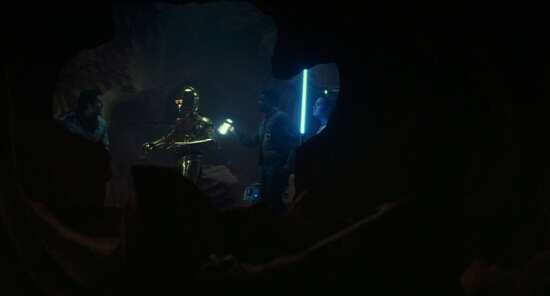 I might as well put this out there. Everything that I read about, and heard about Rise of Skywalker is true. It is the worst Star Wars movie ever made. It is also thoroughly entertaining, a film that kept me gripped from beginning to end. J. J. Abrams once more shows off his uncanny ability to create a pile of garbage that is the best pile of garbage that you’ll have ever seen. He’s been doing this ever since he got his hands on Star Trek, and he polishes off the Disney Star Wars trilogy with just as adept finesse. It’s like he makes two movies simultaneously, but they are the same movie. And I say once more, he has no concept of the size or scale of space. The universe is minuscule and replete with coincidence in the mind of J. J. Abrams.

Rise of Skywalker is fun. The characters are clearly having fun, the movie unfolds at a pace, and it’s grand, entertaining and thrilling adventure. It’s got all the action, suspense, cliff-hanger beats that you’d expect from a movie franchise inspired by those Saturday morning serials from the thirties. Visually it’s rich and colourful, in much the same way as the original trilogy was, and at no point does this movie even suggest the prospect of tedium. It is a fun ride from beginning to end.

Yet unlike the original trilogy, it’s all surface and no depth. I certainly had no interest in finding out more about this film’s cast of fantastic characters, and background aliens. They may have names in the credits, but at no point did I need to know their stories, neither did I want to explore this universe further. Similarly, while I can name all the planets visited in the original trilogy, and the worlds in the prequels, I have absolutely no idea of the names of the planets visited in this film, nor have I any desire to. They aren’t places in a universe; they’re just locations in a film shoot.

Once again I’m left picking holes at the film after the end credits have rolled. From the moment that Palpatine’s name is revealed in the opening scroll, every revelation and development in the film feels like an ass-pull. This is clearly a film that is put together by a committee at Disney to satisfy ‘all’ the fans, and by doing so, winds up satisfying as few as possible. In the PR around the film, Abrams kept on describing it as a trilogy, but so much of this film is spent on ret-conning The Last Jedi out of existence, it adds a degree of contrivance to this film’s plot that it can’t withstand. The idea of this pass the parcel storytelling is to pick up the challenge left by the previous instalment, and build on it, but it’s clear that ‘the fans’ didn’t like The Last Jedi, which means that the bean-counters at Disney didn’t like it, so history has to be erased. All those fantastic possibilities that The Last Jedi raised, the intriguing character directions that it took are forgotten, and we get a general reset to the end of The Force Awakens. Were it not for the training that Rey took with Luke, you could turn the trilogy into a duology and miss out the middle film entirely, and even with it, the trilogy feels dissonant and unconnected.

The Abrams PR machine also made noise about how the cutting room floor footage of Leia somehow fit perfectly into this film. It doesn’t. This is apparently deleted footage from The Force Awakens, and quite understandably, it’s not going to be plot specific. As a result, the footage of Leia, which doesn’t look too well integrated, makes her sound like a fortune cookie.

The film leaves you with far too many questions, from the survival of Palpatine in the destruction of the second Death Star to the sheer logistics behind the Final Order fleet. The film doesn’t make a lot of logical sense. It doesn’t have to, to be fun, but for it to be a meaningful part of a long running franchise, it needs to be consistent with rationality in its particular story universe. Instead we get visual playthings like light-speed skipping, which looks uber-cool, but makes no sense in terms of the story. And I’m still left asking those questions that I asked in The Force Awakens. Just what happened in the galaxy after the rebel victory at the end of Return of the Jedi to get everything into the dire situation it was at the start of The Force Awakens?

If you occasionally surf over to The Digital Spy, you’ll know that they’ve been posting a series of articles, revelations and explanations for The Rise of Skywalker that they’ve gleaned from sources like the novelisation, and prequel and epilogue stories in print. It might make the movie work better to know just how Palpatine survived, but if it’s not on the screen, it doesn’t count. All that’s left is this hollow concatenation of fan service. The Rise of Skywalker is everything that the fans wanted, as put together by committee (although I did notice that in this trilogy, the hero of the first six movies, R2D2, didn’t do a whole lot). Alas, it’s not what the fans needed... a decent, coherent story with consistent, and emotionally affecting characters with meaningful story arcs.

I suspect that Disney have killed the goose that laid the golden eggs. They’ve hammered the final nail in the coffin of the film franchise with The Rise of Skywalker, the final in a lacklustre trilogy, which was neutered after the sole attempt of showing originality and inventiveness. The irony is that in the spin-offs, Rogue One and Solo, Disney made the two best Star Wars movies since The Empire Strikes Back. I suspect that Star Wars will have to seek out that inventiveness and originality on the small screen from now on. What was it that George Lucas said about selling his children to white slavers?