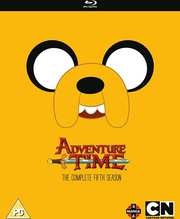 I’ve had a break now, some time away from this series to let my expectations and preconceptions reset. Watching four seasons in a row took me on a journey of ambivalent curiosity, to enjoyment, to the point I was starting to feel a little burnt out. So I spent a little time watching something completely different, before coming back to Season 5 of Adventure Time, as far as Manga Entertainment are going with this first batch of releases. Having said all of that, Season 4 did leave us on a cliff-hanger, with the land of Ooo in danger when the Lich was reborn, and with Jake and Finn chasing the fiend through a portal. When last we saw them, they were in an alternate reality, living completely different lives. Can they make it back to their reality of origin? You’d better hope so, as Season 5 is twice the length, with 52 episodes across two discs. 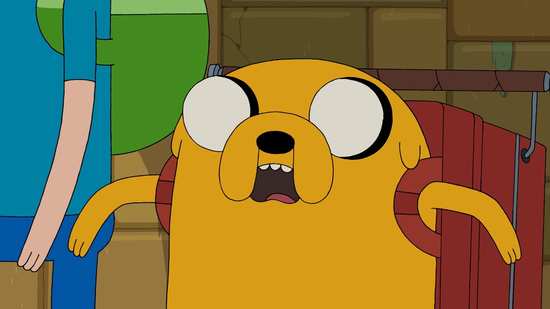 Finn is a human boy, and Jake is his best friend, a shape-shifting dog. Together they have lots of adventures in the magical post-apocalyptic land of Ooo, with friends like Princess Bubblegum of the Candy Kingdom, Root Beer Guy, Rattleballs, Marceline the Vampire Teen, and Lady Rainicorn, all while dodging danger from the Ice King, the Lich, James Baxter, and Lemongrab.

There are 52 episodes on these two Season 5 Blu-ray discs from Manga Entertainment. 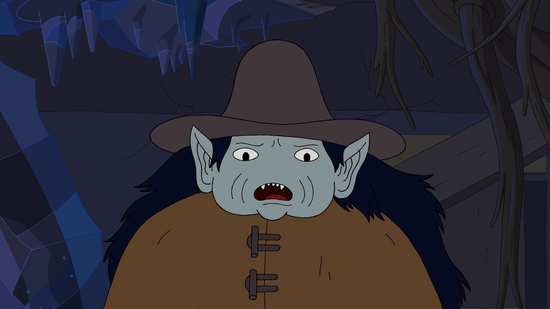 The picture is presented in 1.78:1 widescreen 1080p. With five hours of video and extras per disc, you’d be forgiven for expecting issues, even on a dual layer Blu-ray. But with this being a rather simplistic animation, all flat colours, bold lines and simple motion, I suspect that compression isn’t that much of an issue. Certainly I didn’t notice anything as crass as pixellation or aliasing, or even digital banding. As mentioned, this is a simple animation, with memorable character designs that are never really complex. This looks like an animation for young children, although it only looks that way. 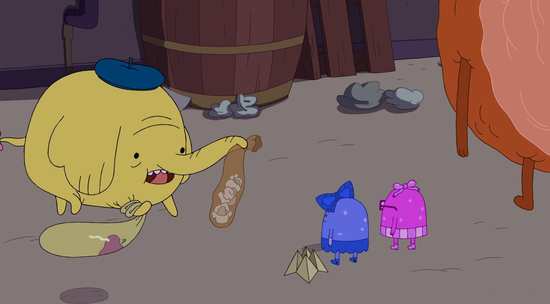 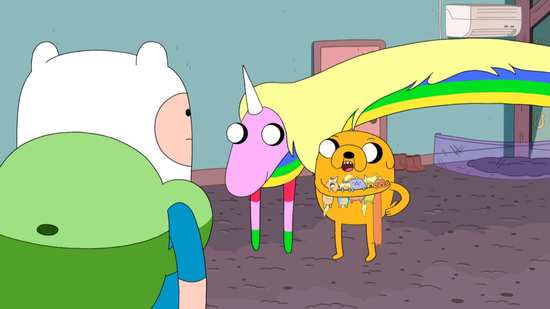 This time there are no audio commentaries. 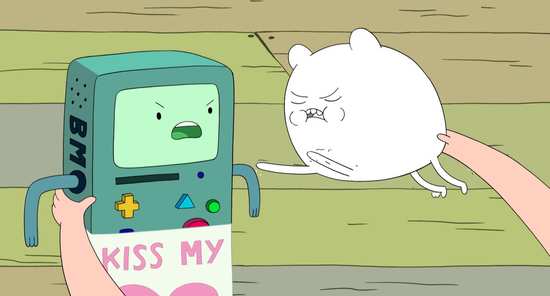 Adventure Time Forever lasts 15:33 and features interviews with the creators. 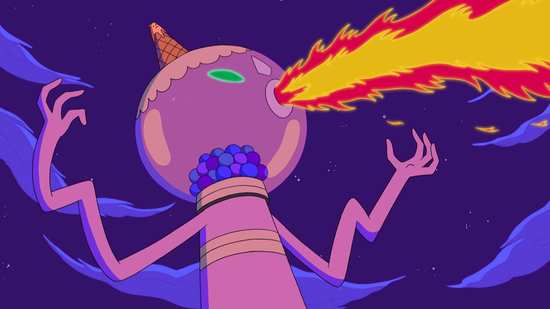 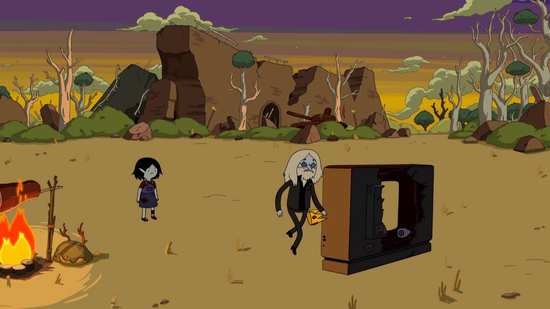 “Hurrah, a COVID lockdown!” I certainly didn’t say, as I contemplated all the sudden free time I would have to attack my backlog of review discs, the only personal bright spot that I could see from this situation. By the time the national house-arrest was lifted I’d have caught up and cleared that pile of review discs. Then I looked again. Maybe by the time there’s a vaccine. A second look... maybe when the next pandemic rolls around... There are just too many check discs. That’s my excuse and I’m sticking to it, when you ask me why this review is five months late. 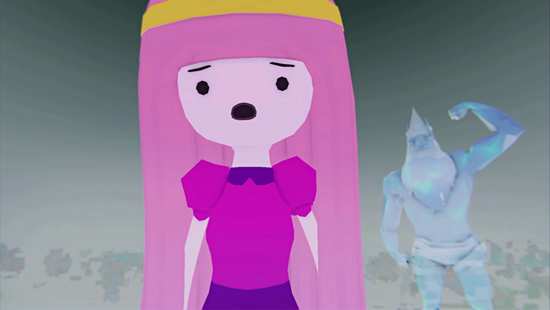 We’ve all got free time now and maybe placing an order for Adventure Time would help fill those wall-to-wall hours when you need something else to stare at other than the walls of your room. Only, the trouble is that it seems that Manga are leaving it at season 5. Certainly there’s no sign of season 6 of Adventure Time or the other four on the schedule, and that is a problem as Adventure Time might have started small and unassuming, but it keeps adding to its back story, its roster of characters, and the size of its story universe with each successive release. And Season 5 is really where the results of that hard work start to pay off. 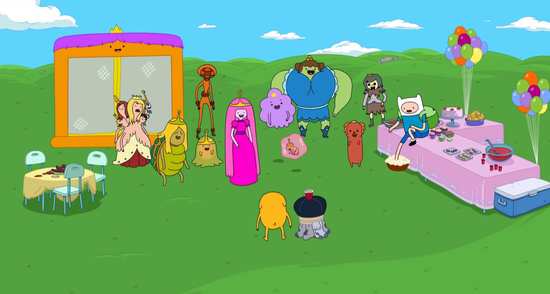 52 episodes of Adventure Time in one season is a bumper collection, and to tell the truth, I’ve been watching these episodes for so long now, squeezing them in-between other, more imperative reviews that I’m ashamed to admit that I can hardly recall what happened 50 episodes ago. There was a cliff-hanger to resolve at the end of Season 4, and the first two episodes on disc 1 do that, and I do remember being somewhat disappointed at a reset button. But the good thing about Adventure Time is that most of these episodes work as stand-alone stories, even when they are adding to the big picture. If you don’t like one, you’re bound to like the next. 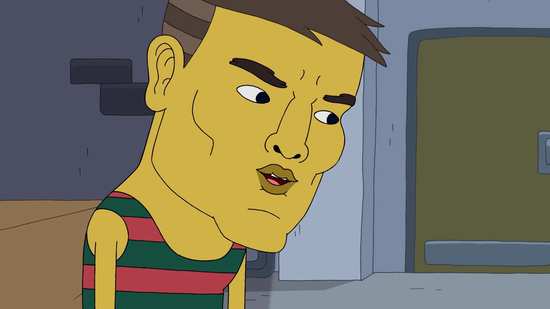 There’s plenty to enjoy here, and no two episodes are the same, from adventure tales to parodies, to comedies, and what passes for romance in Adventure Time. Finn gets addicted to the equivalent of reality TV, Jake and Lady Rainicorn have kids, Finn has to deal with fame, Fionna and Cake make a reappearance, Lemongrab goes off an even deeper end, we learn more about Marceline and Ice King’s past, Jake and Finn go all 3D, BMO has an adventure... I could go on and on. But you know an animation has come of age when Mark Hamill does a voice on the show, and Adventure Time achieves that significant milestone in Season 5. 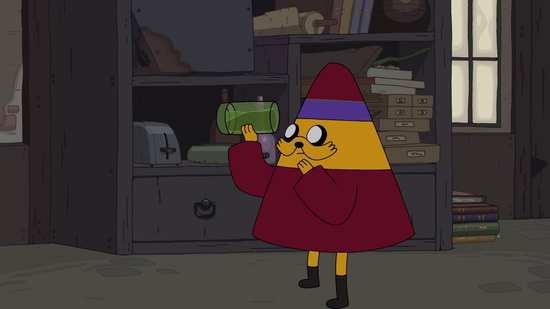 There is so much variety, and so much content with Season 5 that it is easy to be overwhelmed, and that is the weakness of the show. Its format on these discs is such that it invites binge-watching, but I have to say that Jake and Finn in large portions is actually a little unpalatable. The humour is such, the storytelling style is such, that despite the narrative variety, it can begin to blend into one mass if you watch the episodes back to back, and might even feel tedious. It’s far better to watch an episode here or there, although it does require you remembering where you left off, as unlike Manga’s Samurai Jack release, these discs don’t hold position in player memory after you eject them. 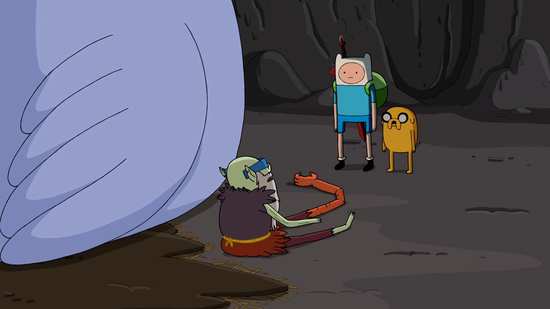 I enjoyed these Adventure Time episodes more than I did with Season 4, although I have to say that it is an ephemeral series for me. Despite how well it’s written, and what it accomplishes, the series hasn’t stuck with me the way other, more iconic shows have, and I suspect if I’m in the mood for some Western animation in the future, I may forget that I have it at all in my vault of check discs. And much of what the show accomplishes in the second half, especially the final episode cliff-hanger, is all contingent on us getting Season 6; otherwise it’ll feel like a disc full of loose ends.