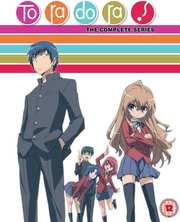 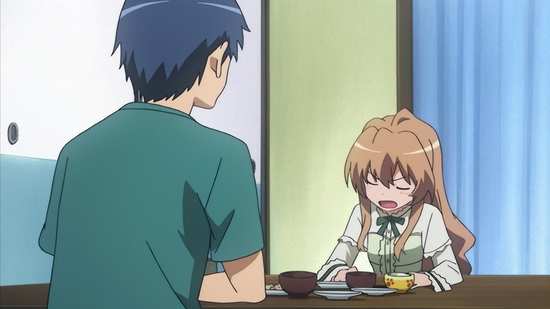 I was going to start this review by saying that, as a rule, I don’t generally like ‘slice of life’ teen angst anime. But then I realised that every time I set out to review something from the genre, I generally say the same thing before contradicting myself by declaring the subject of the review as the exception. Which I was also just about to do. Which may mean that I actually DO like ‘slice of life’ teen angst anime. Even though I don’t want to admit it. 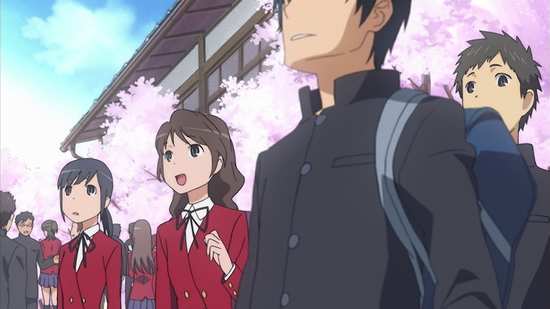 Before I wade into my views about the series, I think serious anime fans are always advised to take a look at a more informed view than mine and you can read Jitendar Canth’s thoughts about a very similar Blu-Ray release here. 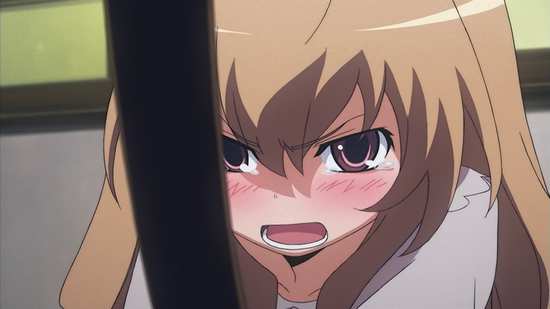 ‘Toradora’ is a fantastic series. I would say perfect viewing for lockdown conditions, but I had pretty much finished it before that all started. But my work, which involves liaising with ICUs, meant that I have been working 12-hour days for the last three weeks with barely a moment spare to write and post this review. Weird the way things turn out. Which is a perfect link back to ‘Toradora’. 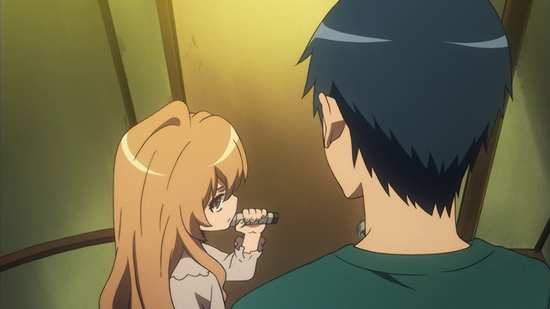 Even if you start watching ‘Toradora’ with crossed arms and an air of unconvinced disdain as the title credits roll, I can guarantee that by 3-4 short episodes in, it will have won you over. I say this before I start writing about it as I am fearful that, by summarising its characterisation and narrative, I’ll be in danger of doing it a major disservice. It is without doubt a series much greater than the sum of its parts and despite its familiar trope, themes and characters, it has a subtle humanity that is quite indescribable. You need to watch it to get it. Which is almost like saying skip this review and start watching without delay. But if you decide to stick around, I’ll do my best to get this across in a way that does it some justice. 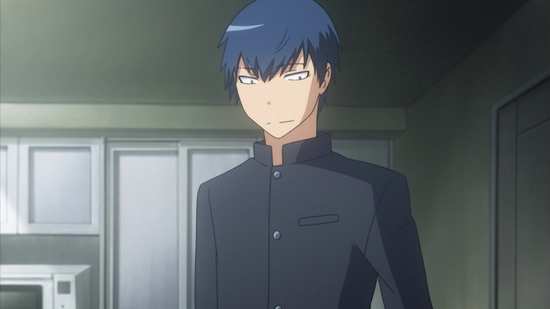 Here’s the publicity blurb which does do a half-decent job of summing it up.

“Tigers and dragons don’t mix! It’s a new year for Ryuji Takasu, and despite being classmates with his best friend and crush; he’s also within biting distance of combative Taiga Aisaka - the vicious ‘Palmtop Tiger’. However first impressions are misleading and while Ryuji might be a nice guy at heart, Taiga has her own softer side she keeps hidden. Misleading appearances aside, the pair might have more in common than they think when they learn that they both share a secret crush for each other’s best friend. Buoyed by each other’s support an unlikely friendship is about to start, but could there be something more?” 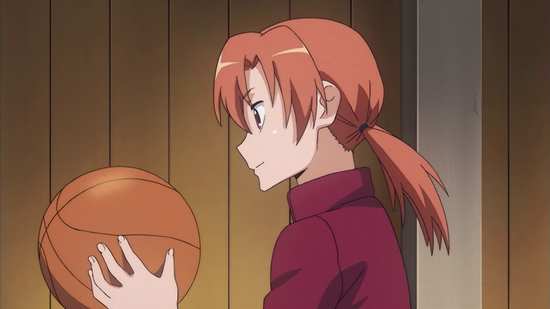 So, at base level, this is a series about a bunch of high-schoolers; their crushes, their school life, their home life and the intricacies of their relationships together as they transition from teens to grown-ups, with all the responsibilities that come with it. 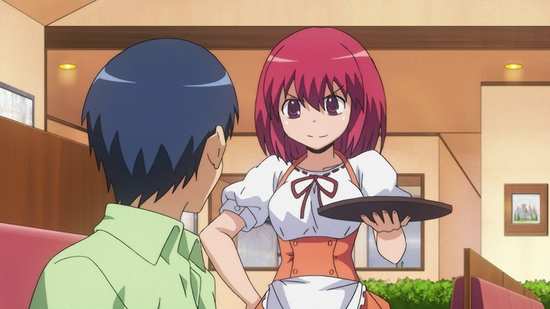 The story focuses primarily on the incredibly patient and laid back Ryuuji and his female neighbour, the feisty (and well-named) Taiga whose irresponsible Father has abandoned her to life in a sparsely furnished flat on her lonesome. Ryuuji lives in an apartment with just his mum who behaves like an unruly teen and who somewhat relies on him to keep her on the straight and narrow. 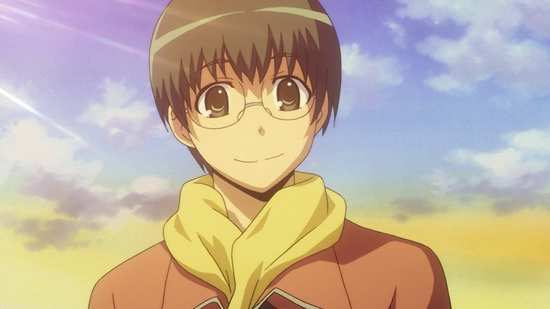 Ryuuji is obsessed with a girl at school, Minori, who is always upbeat and positive and full of energy, despite never quite seeming to notice Ryuuji. For her part, Taiga has a crush on Yusaku, a smart young student who once seemed to have shown an interest in her too. 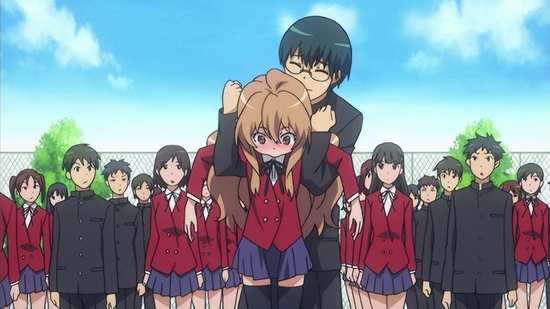 The four are all good friends in any case but Minori and Yusaki seem blissfully unaware of any romantic intent. That is pretty much a shared secret between Ryuuji and Taiga who begin to help each other get closer to their respective crushes, despite both being awkwardly shy when it comes to romance. In fact. a lot is made of awkward situations and countless lost opportunities to finally ‘fess up about their feelings. 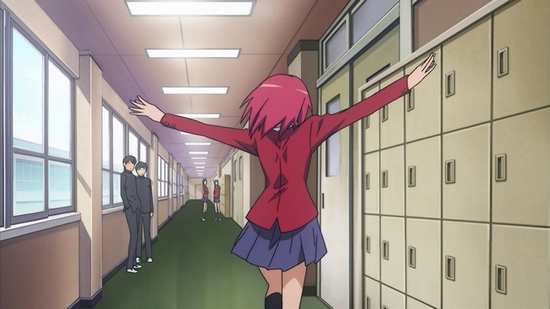 The narrative is, as I now realise whilst attempting to summarise it here, something of a slow-burn. But that doesn’t mean the series feels slow – far from it. Like all good slice of life soaps, there is always enough going on to help to inch the series forward with the possibility that all that unrequited love might get ‘requited’ after all. Well, the fact that you’ll be rooting for that happy outcome is a dead cert. Nearly all the characters are likeable (if not downright lovable) and the only thing that seems to be stopping these couples getting together is, well, themselves.
Perhaps one of the most amusing characters, and initially an irritating one, is Ami who is an ‘idol’ (a young girl who is marketed for some talent or other but who may be merely a model as is the case here). Initially she seems over-confident, brash, ‘too perfect’ and duplicitous – doing what she can to annoy Taiga in particular, and who fills out her bikini in a way that tiny Taiga can only dream of. But it becomes apparent that is she who is jealous of her classmates ‘normal’ lives, which she secretly craves for. 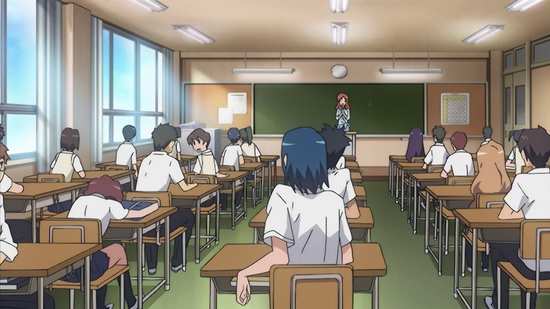 Like all good soaps, we get some background drama too. Ryuuji has a tough time looking after his wild mum (whilst hating his Dad for abandon them) and Taiga looks like she might let her own Dad back into her life, despite him letting her down again at the last moment, making her more angry than she ever was. Taiga is all about anger and frustration, an energetic fire-ball who, despite this persona, has a soft and sensitive side too. 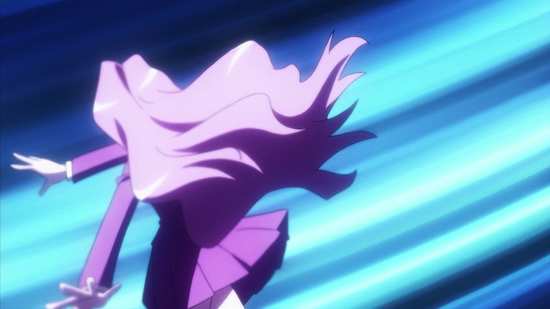 It’s pretty much suitable for the whole family, bar one or two beach scenes and discussions about ‘filling bikini tops’ but those situations never feel awkward or sleazy; just a part of growing up and seem to be well-observed and realistic.
Whilst Toradora definitely appeals to the heart, it’s also full of humour, providing some laugh aloud moments, normally tapping into the comedy of embarrassment, but occasionally just plain surreal too. 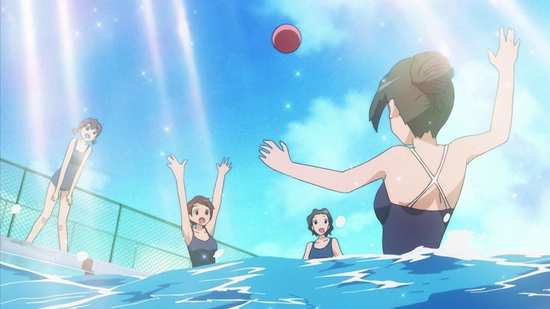 Toradora may be over a decade old now but its age doesn’t show. It could have been released yesterday as far as I could see, and it looks great on Blu-Ray, with elegant character animation and lush colouring. If this is merely an upscaling (and I was figuring it probably was given its age) then it’s a very good one, fooling this reviewer into believing that this is 100% HD. 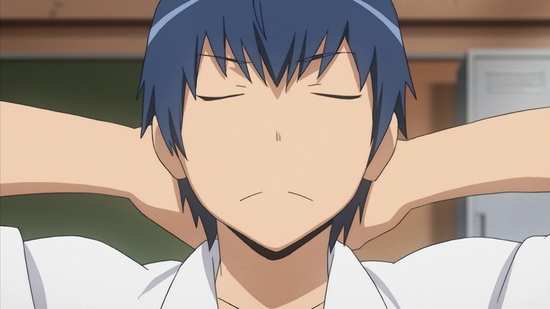 Audio wise, you have a choice of PCM 2.0 stereo English or Japanese with subs. As usual, I went for the American English dub which seemed to be very well executed. No Brian Blessed style histrionics on this one. I sometimes wonder if the dub options may fall to a more convenient, ‘factory-line’ approach that is less considered than the original Japanese casting, but then figure, what the hell – at least I know what they’re saying. But don’t tell our in-house anime expert, Jitendar Canth, that I said that. 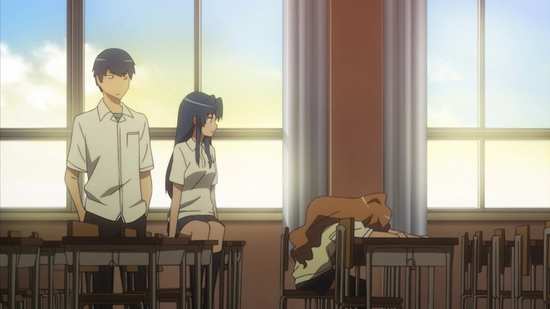 This special collectors’ edition apparently comes in a hardback art case with art cards, though I haven’t seen these. I can tell you that the series is presented across three Blu-Ray discs, with static menus (much easier to navigate), with all the extra features housed on the third disc. 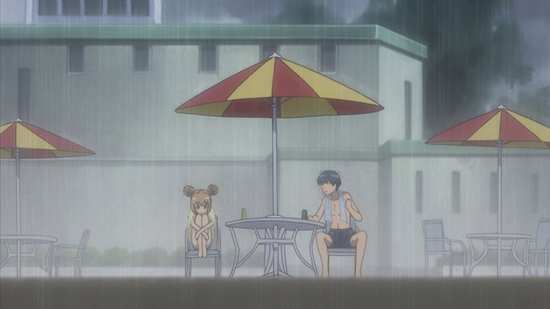 These include four short, cartoonish animations entitled ‘The Hurray for Gourmands’ which are primitive looking, almost childish characterisations showing the team debating their favourite foods for a particular episode. I’m ashamed to say that, at over 5 minutes each, I found these a little wearing and gave up before watching them all. Most odd.

Following that is the usual textless opening and closing sequences and, curiously, a deleted scene. Entitled ‘Ami’s Impressions’ it’s a two-minute scene cut from episode 6 and is subtitled only, with no attempt made to upscale it for this release. There are also more TV spots that you would ever want to watch (24 of them) with a running time of 6m 40s. 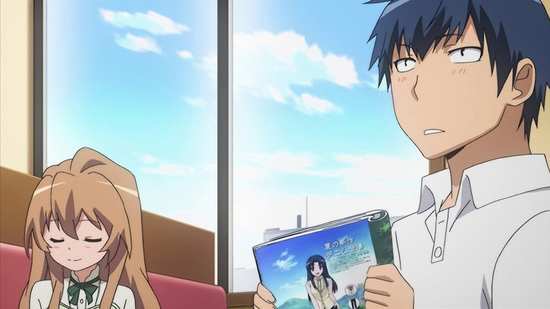 The bottom line here is that Toradora is a wonderful example of how good anime can be when it rests on great storytelling and characterisation. For me, it’s a good reminder that it doesn’t have to be about frenetic battling with giant mecha robots to count. Although we all know that can help. Even if the idea of a romantic comedy, slice of life drama doesn’t appeal, I can assure you that this one will. It’s a bit special and I suspect will be one that will reward repeat viewings too, so probably worth the investment in physical media.