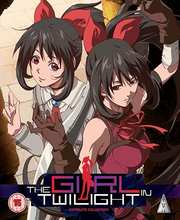 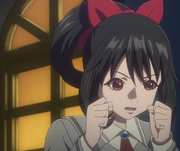 Review for The Girl In Twilight Collection

Sometimes, nods and winks, little references can really be a distraction in a show, and sometimes they can be half the charm. The Girl in Twilight is a show that will put you in mind of other series and films as soon as you start watching it, and I hope that it’s charming rather than distracting. Certainly it seems that way on the strength of the first three episodes, so things look promising at this juncture. 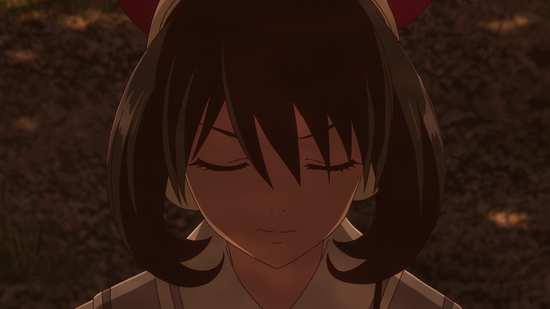 Asuka, Yu, Chloe, and Mia comprise the Radio Research Society at Akeyuki Academy, and with their friend Nana, they have a ritual, where at 4:44pm, they climb a hill to a certain tree, turn on a radio at a random frequency, and make an entreaty, an incantation, in the hope of opening a door to another world. It’s a silly bit of fun, an urban legend, until the day that it actually works. 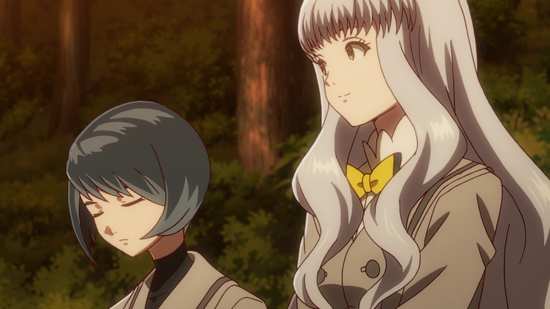 Suddenly they are in another world altogether, a golden world, where they are set upon by golden snow bunnies. Fortunately, Asuka comes to their rescue; a different Asuka, a bad ass, cyberpunk, transforming, sword-wielding Asuka from a parallel world. She saves them and sends them back to their original world, telling them to forget this ever happened, and never open the portal again. But the next day, a strange fortune-teller gives Nana a radio frequency... 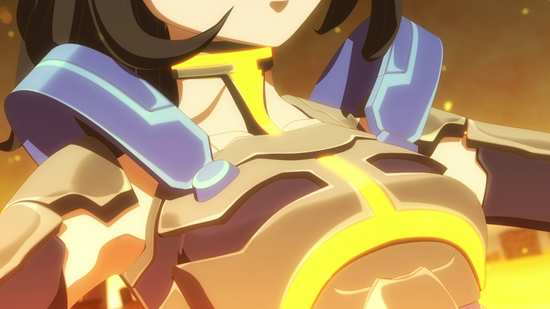 The twelve episodes of The Girl in Twilight are presented across two Blu-rays from MVM. 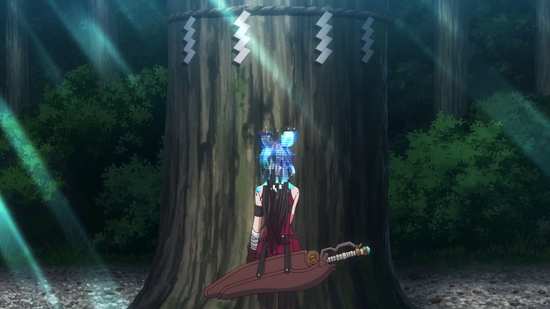 The Girl in Twilight gets a 1.78:1 widescreen 1080p transfer on these discs. The image is clear and sharp, the colours are strong and consistent, and the animation comes across with smoothness and a lack of aliasing, compression or even significant banding. It’s a good looking show, with wonderful and detailed world designs, really imaginative action sequences, and some great use of effects. When it comes to the character designs, I guess it saves on effort when it’s a parallel worlds story, and you get to see the same faces over and over. About the only nit to pick is the jarring transition between 2D and 3D CGI characters in the action sequences, although often it’s masked by a transformation sequence. 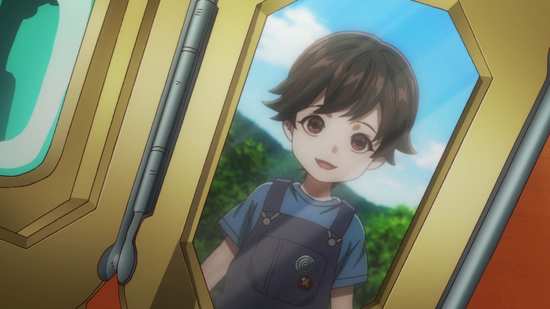 The sole audio track on this release is a DTS-HD MA 2.0 Stereo Japanese track with player locked translated English subtitles. The audio is fine, the music and the action come across well, and there is plenty of action to appreciate, while the dialogue remains clear and audible throughout. The subtitles are timed accurately and are free of typos. 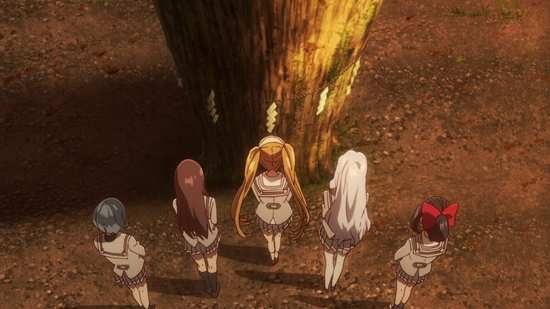 The extras are on disc 2, and comprise the textless credits and trailers for Seitokai Yakuindomo, Golden Time, Seven Senses of the Reunion, and No Game No Life. 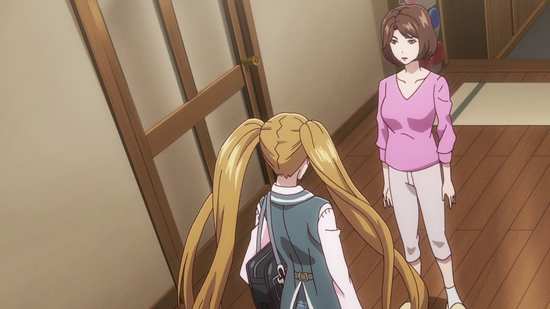 That was a serious surprise. I wasn’t expecting brilliance from the Girl in Twilight, especially given the way that it began, but as the end credits rolled, I had to question why Sentai just let it drift under the radar as a subtitle only release (something which obviously has to apply to MVM’s release as well). I really, really enjoyed this show, and it’s certainly deserving of a dub, and maybe even a collector’s edition release. 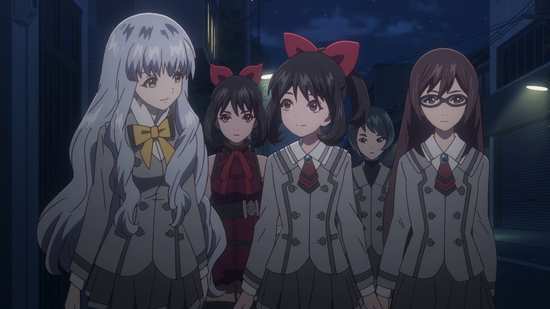 I have to admit that The Girl in Twilight doesn’t make a good first impression. I spent the first few episodes noting references, homage, and maybe even rip-offs of other shows. It wasn’t long before I was fixing the TV with accusatory glances when I recognised visual elements of RWBY, Black Rock Shooter, Ah My Goddess, and TRON, narrative elements from Magical Shopping Arcade Abenobashi, The Shawshank Redemption, and Quantum Leap and more, all of it wrapped up in more show specific jargon and lingo than I have heard in quite some while. It gets really elaborate and confusing as it explains how its worlds work, and quite frankly if I try and do the same, I’ll probably put you off trying it out. You really should try it out too. Given all those references and nods and winks, you’ll be surprised to learn that at its heart, The Girl In Twilight is actually a magical girl show. 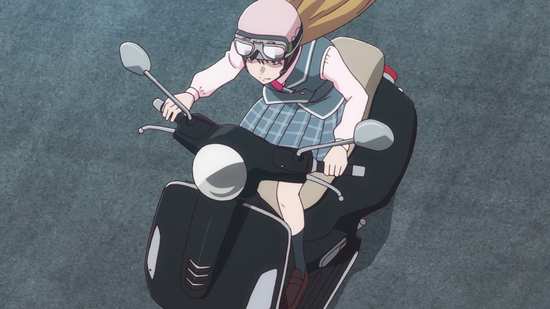 A group of girls have this ritual of trying a different radio frequency at a set time, in order to open a portal to another world. The five of them, led enthusiastically by a girl named Asuka believe the urban legend, which becomes a reality one day when they actually do find themselves in another world, a dangerous world. They’re saved from this danger by Asuka, an Asuka from a parallel world who is far from happy go lucky. She’s a girl wielding an evil looking sword, with the ability to transform into some kind of cyberpunk warrior. She’s been fighting an encroaching menace, the Twilight which is intent on destroying not just her world, but all others as well. This unseen menace sends its emissaries in the form of Noizes and Clutters to wreak havoc in other worlds, and this other Asuka hunts them down and destroys them, hoping to find and defeat the Twilight King to save her own reality. She warns the five friends to go back to their own world, and forget about dimension jumping. 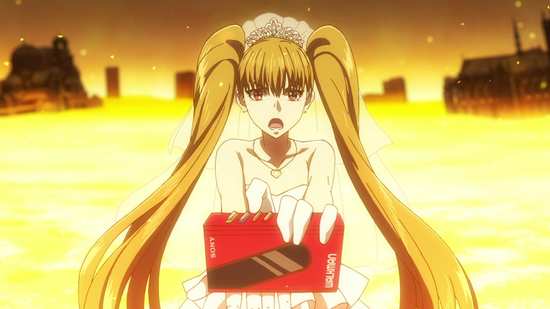 Naturally they ignore her, and with the aid of a mysterious and mischievous figure, they’re soon leaping from world to world and having adventures. Along the way, they realise that they too can transform into these cyberpunk warriors and fight against the Twilight, which they encounter on a regular basis. How they transform is really cool, and something I appreciated on a personal level. Once they awaken their abilities, they manifest in the form of a magical cassette tape. All they have to do is to put that tape into a very special walkman, say the magic words, and they transform. 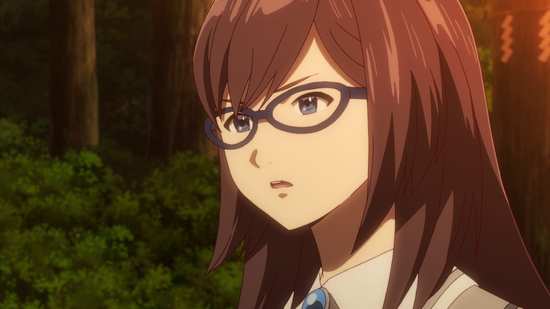 The parallel worlds they visit are a lot of fun, especially when they encounter other versions of themselves. One world is a place where it’s the law for people to be married at 17, and one of them is rapidly approaching that age, another is a Western world with a bizarre definition of justice, and yet another is a water world, where everyone lives on tiny islands, their every whim catered for by a central AI. All of these worlds present challenges to the girls that reveal their personal weaknesses, and compel them to grow stronger, exactly the kind of situation that awakens their magical girl powers. All along the way, they keep running into the warrior Asuka who’s pursuing her own missions. Somehow each world they go to winds up being attacked by the Twilight, so they eventually become friends with warrior-Asuka and start working together. 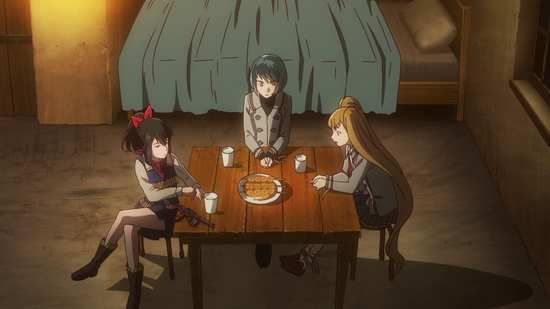 At this point, some 8 episodes in, I was enjoying The Girl in Twilight as a really well put together, magical girl show, certainly relying on a lot of tropes and ideas we’ve seen before, but doing so with energy and enthusiasm, making the show a whole lot of fun in the process, with a cast of likeable and engaging characters. But then the show really went out of its comfort zone for the finale, and wound up delivering something quite special. 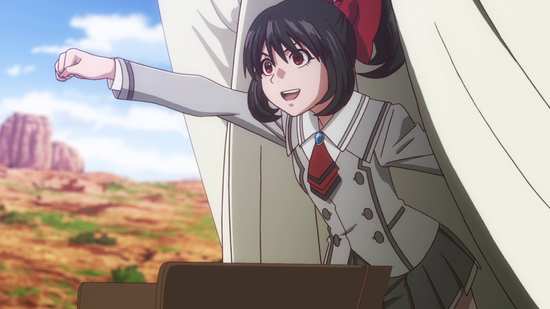 One tragic constant through all the worlds is Asuka’s past. No matter which world, and which Asuka, they’ve all had the same experience of losing a brother, Kyohei. In this world, he just vanished when the two were playing together as little children, and Asuka turned away for an instant. That moment has stayed with her ever since, and it’s a loss that actually informs the conclusion of the show. Sure you have the world-ending threat of the Twilight, things getting more serious as the danger increases, but the story actually revolves around character, around loss and the process of grief, the lingering guilt, and the acceptance of that loss. It makes for a very effective, emotional and moving conclusion to the story that is a lot better than the endings most shows get. 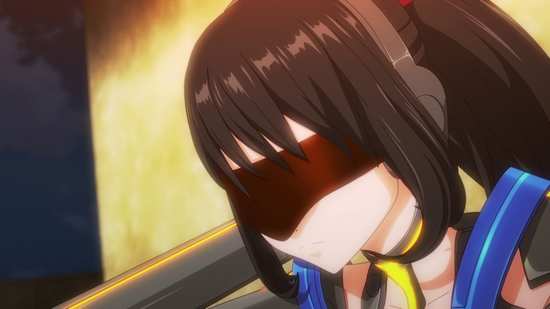 The Girl in Twilight is a deceptively brilliant show. It fools you into complacency, thinking that its ideas and characteristics merely ape more impressive shows that came before. But once it starts developing its characters, giving them all rewarding and meaningful story arcs, and once it really gets into the heart of the story, it leaves a lasting impression. This is one show that I look forward to revisiting, this time with my preconception blinkers removed.