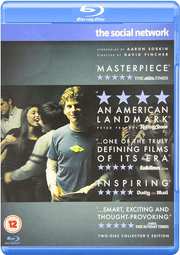 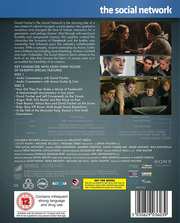 Review for The Social Network

The geek inherited the Earth! When I was a kid, it was the oil-men and the industrialists, but these days, the richest men on the planet are the tech entrepreneurs. Thirty years ago it might have been Bill Gates and Steve Jobs, selling operating systems and hardware, but today, it’s the killer app that can have you sky-rocketing to the top of the rich list, and names like Jeff Bezos, Elon Musk, and indeed Mark Zuckerberg grace the cover of Time as individuals of note. The odd thing is that these people seem antithetical to their notoriety. The socially awkward, uncomfortable and introverted innovators are now centre stage, doing more to shape society than governments and demagogues. Mark Zuckerberg is the man behind Facebook, which these days isn’t the first social networking site you think of if you’re at the cutting edge of web trends, but it is still the largest such site in the world, with over a quarter of the world’s population with a Facebook account. That number is staggering. Twitter has just 300 odd million users in comparison. That’s according to Wikipedia. The Social Network by director David Fincher and writer Aaron Sorkin offer an account of just where Facebook came from.

2003, and Mark Zuckerberg is a Harvard student who after experiencing a break-up has to go and drunkenly blog about it, and the evening spirals out of control. But his display of programming prowess catches people’s attention, and from that night comes the seed of an idea for a social networking website, which he creates with the backing of his friend Eduardo Saverin. Five years later, he’s fighting for control of his company in two lawsuits, one from Saverin. The Social Network fills in what happened in between to get Facebook to that point.

The film is presented on this disc in 2.40:1 widescreen 1080p format, with the choice between DTS-HD MA 5.1 Surround English and French, as well as a DD 5.1 English Audio Descriptive track. Subtitles are available in these languages and Arabic, Danish, Dutch, Finnish, Swedish, Norwegian, and Hindi. The image is as you would expect from a ten year old film, shot digitally. There is some digital banding in darker scenes, and faster pans are prone to a bit of judder, which I assume is an issue with the source rather than the transfer. Otherwise the image is clear and sharp with good, rich detail. This being a David Fincher movie, the yellow colour grade and darker feel to the film should come as no surprise. The surround is adequate in what is largely a dialogue focused piece. That dialogue too comes at a pace, and subtitles are a boon here, especially early on before your ear has a chance to tune in. Incidentally, this film has the best Deepfake technology I’ve seen, ten years before Deepfake even existed. Armie Hammer’s dual role as the Winklevoss twins was accomplished using face replacement over actor Josh Pence.

You get two discs in a BD Amaray, with one disc on each inner face.

The first disc boots to an animated menu, and presents the film.

The sole extras on this disc are the commentaries, one from the director David Fincher, and one from Aaron Sorkin and members of the cast. Both are worth listening to with a lot of interesting background to the story and the movie.

Disc 2 has the same animated menu.

Prominent on the main screen is How Did They Ever Make a Movie of Facebook?

This feature length making of lasts 92:43, and features interviews with the cast and crew. With David Fincher such an uncompromising filmmaker this is as far from the usual EPK fare as you can get, and it is very much worth watching.

The rest of the featurettes are listed under Additional Special Features.

There are a couple of multi-angle featurettes on the disc.

In the Hall of the Mountain King: Music Exploration offers alternate music for the Henley Regatta sequence. This lasts around 2½ minutes.

There’s something fundamental about stories like this, where entrepreneurs get rich from an idea or a cutting edge industry. Friends will fall out over money, and the ambition to succeed will usually be motivated by lust, or a desire for status. You can see it in films like Giant, or soap operas like Dallas and Dynasty. It’s an age old story that like all capitalist dreams keeps on being repeated. That The Social Network is a ‘true’ story, based on the book “The Accidental Billionaires” by Ben Mezrich, makes it all the more compelling. That Facebook is a part of our lives in such a significant way, that Mark Zuckerberg is such a divisive public figure makes this a film that many would seek out. David Fincher’s direction and Aaron Sorkin’s script simply elevate the film to brilliance.

It’s certainly worth seeing for the origins of the ubiquitous website, especially given how far it’s come from those origins. These days we debate Facebook’s role in elections, about harvesting user data and monetising it, about whether it’s a safe space or not, its role in free speech and of course fake news. It was all originally a social networking site, made to do better than sites like MySpace and Friendster, and The Social Network shows the site’s birth and growing pains. In that respect, and given where Facebook is now, it actually makes the film more meaningful than it was back in 2010.

It all begins with a girl, and a break-up, with Mark being dumped by his girlfriend Erica, and a drunken blog developing into a coding session that resulted in one of those ‘hot or not’ comparison websites that was all the rage back in the early noughties. That in turn leads to the realisation that the social scene of the Harvard students could be translated into an online experience, and with the financial backing of his best friend Eduardo, Mark sets about creating Facebook. That the Winklevoss twins had originally asked Mark to consult on a similar idea is just the first seed for the eventual lawsuits that occur. The film’s fast pace, and dense dialogue is made even more complex with its narrative structure, flashing forward to the lawsuits, and then back to the past, as the picture is built up.

The film works brilliantly down to its casting, with Jesse Eisenberg perfect as the awkward and introverted Zuckerberg. But I did enjoy the irony of Justin Timberlake cast as Sean Parker, the creator of Napster, who killed the traditional music retail model as we once knew it. It’s the ironies that really stand out for me in The Social Network. It’s the socially inept and isolated Zuckerberg that creates the ultimate social network, that genius he may be, but his desire for a relationship and social status causes the jealousy that poisons the one true friendship that he does have. As I said, change the Internet to Oil and you have a season of Dallas.

Who isn’t ambivalent about social networking these days? We can’t live without it, but more and more we see the negative aspects of its ubiquity. That makes The Social Network a must see film, and it’s merely the icing on the cake that it’s an exceptionally good one. Try to get the two disc edition as I did, as the supplementary material is as good as the film itself.