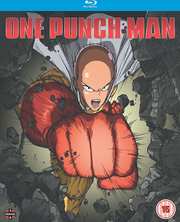 The biggest development in the UK anime industry to make a splash in the last couple of years has been the purchase of Manga Entertainment by Funimation, continuing a process of conglomeration and globalisation that began when the big studios and distributors like Sony and Warner decided that anime was a cash stream that they had ignored for too long. A quieter bit of news last year, one which actually hasn’t even been confirmed (and probably never will be given their record at communicating with the UK market) was Kazé Entertainment’s withdrawal. They have up till now distributed through Manga Entertainment, but their last release in the UK was Jojo’s Bizarre Adventure Season 1 in 2018, and while they’ve never really been prolific, this much of a gap is a clue. 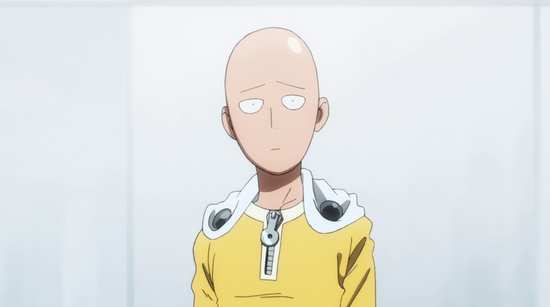 A bigger and more obvious clue is that Manga Entertainment are this spring re-releasing shows which Kazé initially released here. They’ve got Code Geass lined up, they’re starting over again with Jojo’s Bizarre Adventure, but this time getting as far as Season 3 to begin with, and they are re-releasing this, One Punch Man Season 1, just 2½ years after Kazé released it here. The key thing is that they aren’t using Kazé’s masters. Given Kazé’s track record, this could be a blessing. There are things to appreciate about a distributor with a European focus, and we did get some shows like World Conquest Zvezda Plot on Blu-ray which no other English territory got. But Kazé’s discs were never user friendly, locked behind UPOPS that crippled the discs in some cases, and they never got the knack of subtitling. Half of my reviews for Kazé titles ended with a recommendation to import from elsewhere. But by far the biggest problem with Kazé releases is that European focus. Most of their releases were multilingual, and hence stock was spread across several nations. We got an initial batch of discs, and that was pretty much it. Once they were sold out, the title was deleted. Just 2 years after its first release, Kazé’s One Punch Man Season 1 Blu-ray is hard, if not impossible to find, and given that show is still a fan favourite, still current, and in the past year has had a second season broadcast, it makes sense to keep it in print. But be aware that this release of One Punch Man differs from the first in several respects. 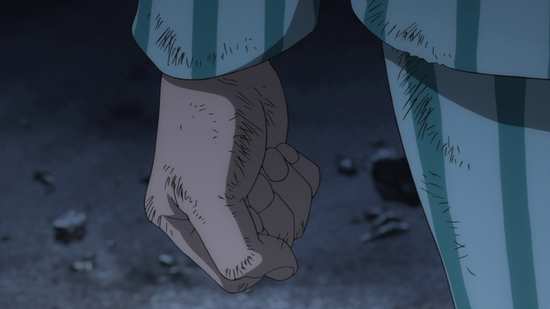 Saitama is a superhero with a problem; he’s just too damned strong. After an encounter with a mutated supervillain three years previously, the unemployed salaryman switched vocation and started a brutal training regime to become stronger. The training was so brutal that his hair fell out. Only now, he’s so tough that it just takes one punch to defeat even the strongest of enemies, one punch to reduce them to gobbets of blood and gore. And it’s not as if his personal circumstances have improved, he doesn’t even get recognised as a hero. Saitama’s broke and he’s bored, looking for a villain that will stay alive long enough to punch back... 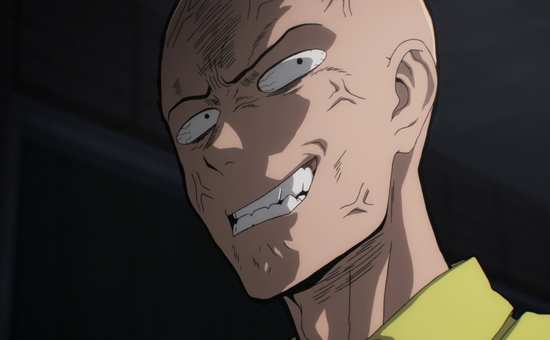 Twelve episodes of One Punch Man plus extra features are presented across two Blu-rays from Manga Entertainment.

Disc 1
1. The Strongest Man
2. The Lone Cyborg
3. The Obsessive Scientist
4. The Modern Ninja
5. The Ultimate Master
6. The Terrifying City
7. The Ultimate Disciple
8. The Deep Sea King

Disc 2
9. Unyielding Justice
10. Unparalleled Peril
11. The Dominator of the Universe
12. The Strongest Hero 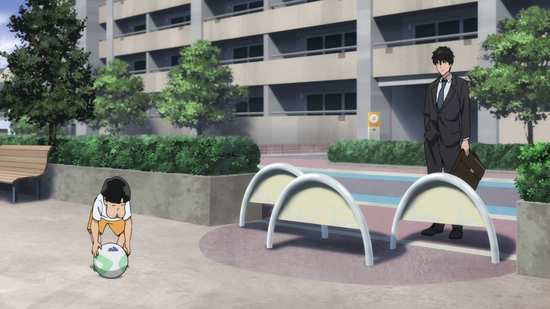 One Punch Man gets a 1.78:1 widescreen 1080p transfer on these discs. The image is clear and sharp, colours are strong and consistent, and there are no problems with visible compression, aliasing and digital banding is confined to darker or dustier scenes. It’s a strong transfer of a visually impressive anime. With studio Madhouse doing the honours, One Punch Man is a striking animation, dynamic, energetic and fluid. Saitama himself is a study in minimalism (except when his emotions are engaged) but the rest of the characters are richly drawn and detailed. The odd villain shows more than a passing resemblance to Dragon Ball characters though, which is probably more satirical than homage. 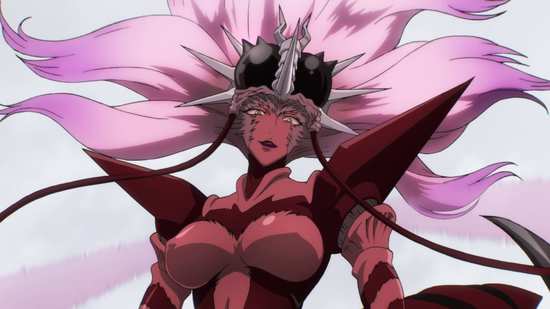 You have the choice between DTS-HD MA 2.0 Stereo English and Japanese with optional subtitles and signs. I was happy with the Japanese audio, but what I heard of the English dub sounded strong as well. The dialogue is clear, the action comes across with impact, and the show gets some great music too, particularly the opening theme. There are absolutely no problems with the subtitles, all the dialogue is translated, and all pertinent screen text is as well. The discs show all the subtitles with no limit on the captions that can be on screen at any one time. The theme songs get lyric translations, and the captions are timed accurately and free of typos. It’s great! 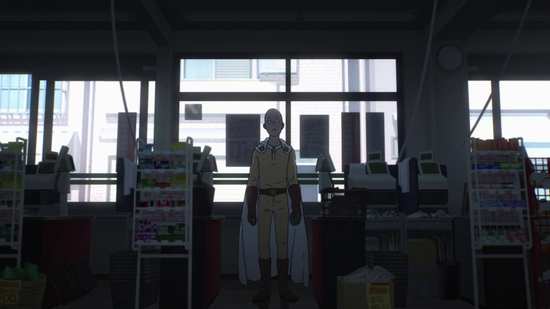 The episodes are presented on two discs authored by Madman Entertainment for Region B, with disc 1 holding eight episodes, and disc 2 with four episodes plus extras. The discs boot to animated menus.

The extras on disc 2 include the Staff and Cast Interviews, lasting 10:13. 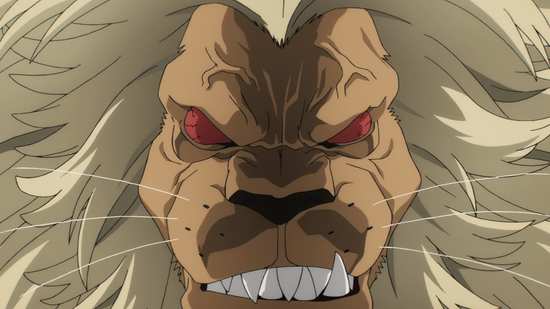 The first six One Punch Man OVAs are here. OVA 1: The Shadow that Snuck Up Too Close (12:30), OVA 2: The Disciple Who Sucks at Storytelling (11:40), and OVA 3: The Overly Complicated Ninja (12:04), OVA 4: The Excessively Pushy Bang (12:06), OVA 5: The Sisters With Too Much Going On (11:51), and OVA 6: The Far Too Impossible Case of Murder (12:19).These are further, character focused stories that slot neatly in between the episodes. Apparently no English speaking territory gets the seventh OVA. 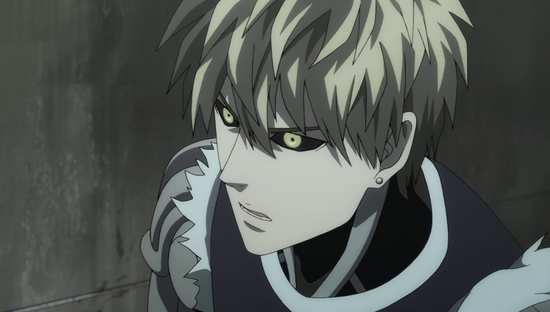 Finally there are Madman Entertainment trailers for Aoharu x Machinegun, and Snow White with the Red Hair.

One thing I like about this release is that if you press stop during playback, but don’t eject the disc, when you press play again, the disc will resume from where you left off. Kazé’s discs will always start again right from the beginning if you hit the stop button. 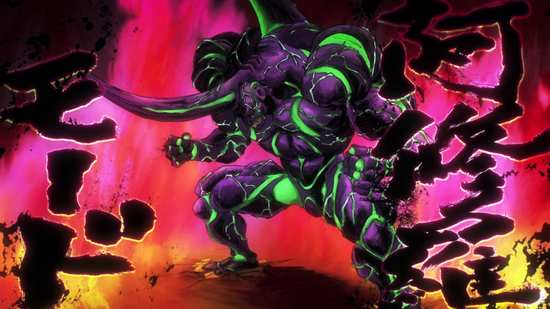 There are a couple of extra features that were exclusive to the Kazé release that aren’t on this disc, a couple of interviews with the creators and the band behind the theme song. That’s a little disappointing but the quality of the release is worth it. If you have the Kazé release, it might be worth keeping just for those extras. 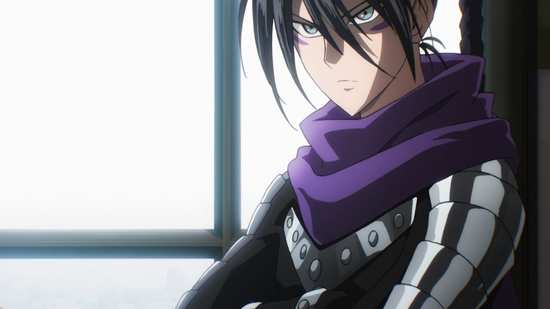 What would Superman be like in a world without Kryptonite? He’d get pretty bored, pretty quickly, unchallenged in his omnipotence. But, as One Punch Man brilliantly demonstrates, that doesn’t mean that the audience has to be bored. One Punch Man is the best superhero show, or indeed movie that I’ve seen since Deadpool. It’s an insightful, satirical deconstruction of the superhero genre, a brilliant anime, with a great, central character, and now that I’ve seen these twelve episodes, I’m dying to see this character brought to life in a live action movie. 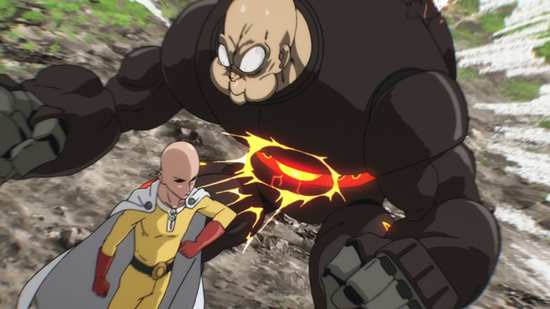 Saitama is the titular hero, a man who through sheer dint of training has become akin to a superhero, so strong that he demolishes his enemies with just one punch. There’s nothing left but entrails. Consequently he’s become bored with the whole thing. Nothing presents a challenge any more. He’s totally disengaged from the world, his face constantly slack and devoid of expression, his physique unremarkable compared to the other, muscle-bound heroes, and he approaches all situations without fear or excitement. The only time you see an expression on his face is when he is about to punch someone, or he might actually be challenged. It’s a momentary thrill that he might have met his match, before he delivers a punch and realises that he was wrong, and is let down once more. 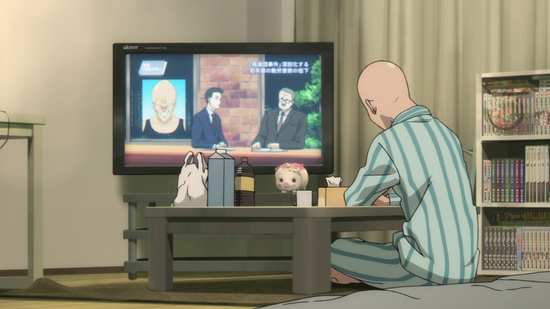 I say akin to a superhero, because he’s gone about it the ‘wrong’ way. He’s become a superhero for fun, dons the suit and a cape, defeats whatever criminal or monster menaces the city, and leaves the aftermath for someone else to deal with. And he gets pretty much no press for all of the ominous villains that he defeats. He’s also unemployed as a result, eking out a living in a small apartment in a rapidly depopulating area of the city. The right way is to join the Hero Association, and to work one’s way up the ranks, getting public acclaim and suitable publicity as well. Just as in Tiger & Bunny, the heroes are categorised and labelled according to strength and ability, levels, C, B, A, and S, while threats are labelled from Demon class all the way to God class, city threatening foes to extinction level events. 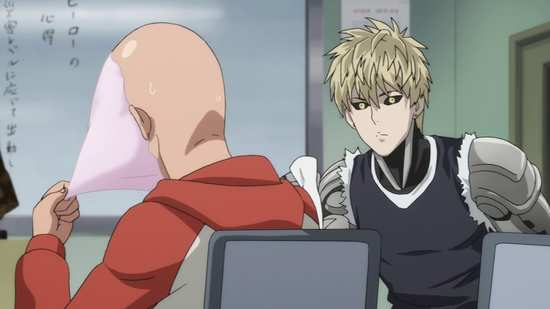 Saitama’s life threatens to become more interesting when he encounters another wannabe hero, a cyborg named Genos. When Genos sees Saitama deal with a Mosquito Girl (One Slap Man), the cyborg decides that he’ll be Saitama’s disciple, whether he wants a disciple or not. Pretty soon he’s moving in, hanging on Saitama’s every word. Saitama has to deal out some slacker wisdom to keep Genos satisfied. They both wind up joining the Hero Association. Genos is promising looking hero material, and gets put straight into S-Class, but no one can quite take Saitama seriously as a hero, and he gets put in to C-Class, and lowest ranked at that. It threatens the whole ranking system when you have a bunch of S-Class heroes, battling to the death against a Dragon Level threat, the world witnessing epic and gruesome battles, and then along comes this bald, C-Class wimpy-looking guy, and one punch and it’s all over. 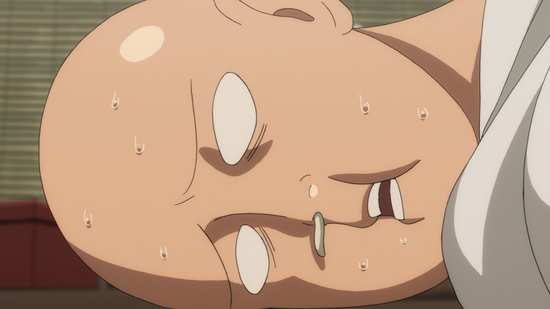 One Punch Man is the perfect synthesis of all that was good about Tiger & Bunny, the organised heroes and the public perception of them, and all that was good about Samurai Flamenco, the constant levelling up of the challenges faced by the protagonist, working his way up from petty criminals to the ultimate challenge. It also means the show ends on the perfect punchline, pun intended. You’ve got brilliant, colourful characters, and aside from the bland Saitama, this is a show that revels in getting the look of its heroes and villains just right, the animation really going to town with its comic book styling. Finally you have this delicious, comic incongruity of this supreme, ultimate hero being a bland-faced, unassuming, and easily disillusioned character, so much so that it becomes a satirical deconstruction of the superhero genre. 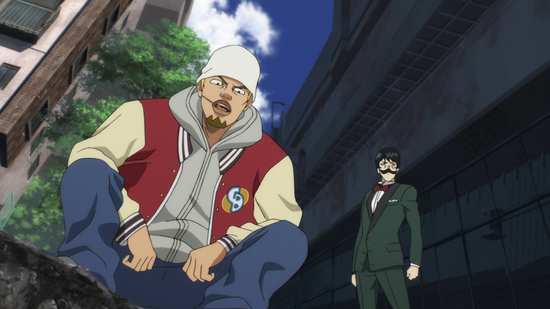 One Punch Man is epic, it’s the best superhero anime to come out of Japan, and this new re-release from Manga Entertainment improves the user experience with better authored and more accessible discs. If you missed it the first time around, don’t miss this second chance, and even if you have the Kazé release, it still worth considering the double-dip.