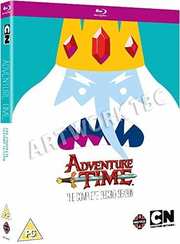 The first season of Adventure Time may not have grabbed my attention the way that Bojack Horseman did, but Adventure Time has 10 seasons and more under its belt at the time of writing. That kind of longevity suggests a quality that I just haven’t seen yet. Therefore it’s incumbent upon me to give Adventure Time another try. Here we go with the Season 2 disc... 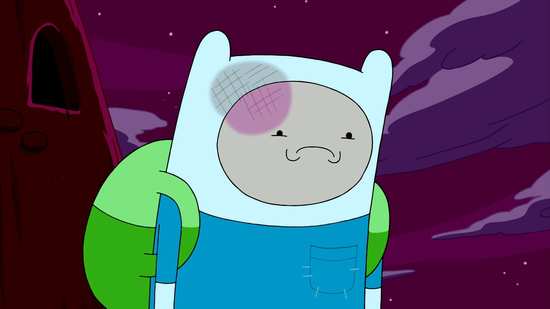 Finn is a human boy, and Jake is his best friend, a shape-shifting dog. Together they have lots of adventures in the magical post-apocalyptic land of Ooo, with friends like Princess Bubblegum of the Candy Kingdom, Lumpy Space Princess of Lumpy Space, Tree Trunks, the pygmy elephant, and Lady Rainicorn, all while dodging danger from the Ice King, Marceline the Vampire Teen, and The Lich...

There are 26 episodes on this Season 2 Blu-ray disc from Manga Entertainment. 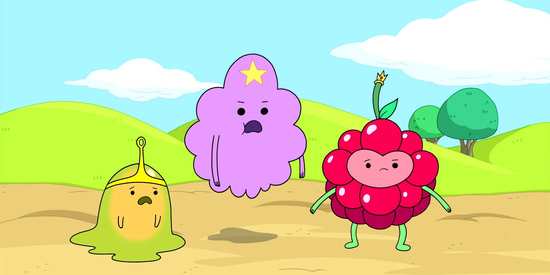 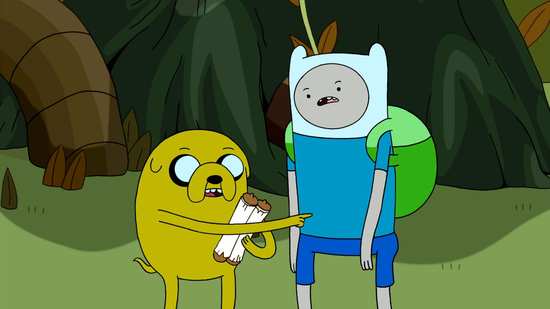 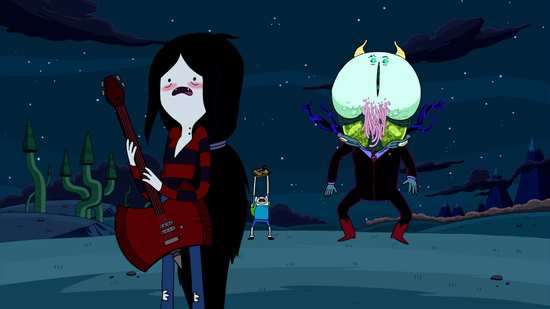 The disc autoplays with trailers for the Adventure Time DVDs and Cartoon Network broadcasts, The Regular Show, and The Amazing World of Gumball The Mystery before booting to a static menu.

There are commentaries for all 26 of the episodes with the production staff.

The Crew of Adventure Time Interviewed By Pendleton Ward lasts 6:16 1080i. 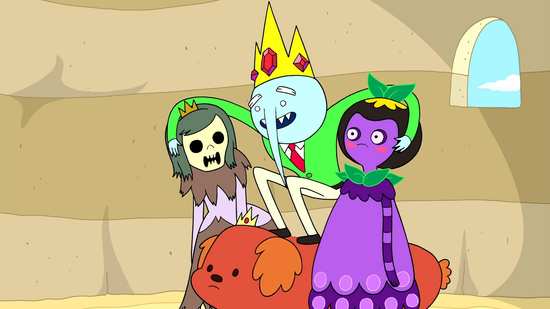 I think my expectations were a little too high when I watched Season 1. Adventure Time really is an animation aimed, if not at children, instead at audiences expecting episodic entertainment with a childlike mentality. It’s the sort of show you’d expect to slot in alongside Aeon Flux on the old Liquid TV spot. Every episode offers a fun adventure with Finn and Jake, a challenge to surmount, and a comic quest to do so over the space of ten minutes. It’s a simplistic but fun approach that makes it easy to appreciate an episode or two at a time. However, I have to say that there is a greater degree of consistency in this second season, and as the episodes unfolded, I began to see a bit of what I had initially been expecting when it came to world building and back-story. 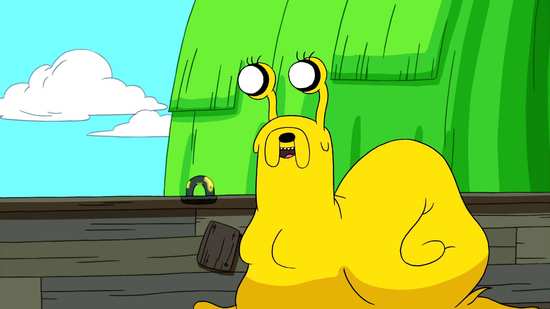 With the recurring characters having more of an effect in these episodes, after having been introduced in Season 1, there’s more of a sense of continuity to the show, and you get episodes that start to build on what has come before. In an episode in Season 1 we were introduced to Jake’s girlfriend Lady Rainicorn. In this season we get an episode where Jake meets her parents, and he ropes Finn in to try and impress them. There’s a lot more with Princess Bubblegum, with the suggestion that Finn’s feelings for her are growing. This eventually leads to a two part finale for the season with a development which makes you wonder if it might stick for season three, as it certainly seems intriguing. 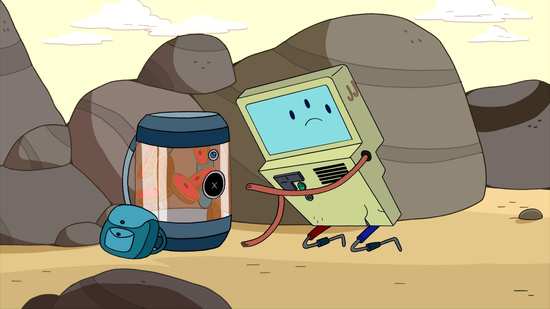 It is the back-story that made me take notice this time, with the development of the land of Ooo as quite clearly some post-apocalyptic world, the revelation that Finn is apparently the last human, references to an earlier time, particularly with the advent of movie night, and of course that final two-part story and the return of the Lich. It all makes for a fascinating world, a mix between fairy tale fantasy and the odd contemporary touch. 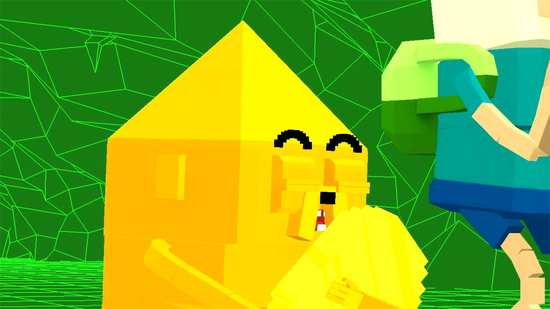 What really does appeal to me is just how varied the stories are. Each episode goes off in a completely different direction. There’s no formula here, certainly no repetition, and even with Jake and Finn always looking for adventure, what they find in each episode is so unique, so much of an exploration that you begin to really appreciate the imagination and creativity behind Adventure Time. 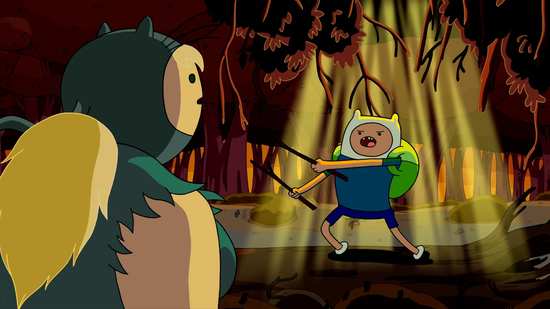 I haven’t yet been thrilled, or enthused by the show yet, but I certainly am enjoying it more. I think I’m beginning to find its groove, its blend of the fairy tale tropes and the utterly surreal. I’m certainly looking forward to Season 3 now.