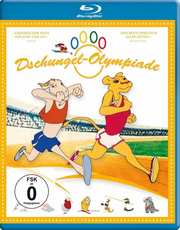 Other Reviews, etc
Places to Buy
Animalympics - The Movie [ Region 2 DVD ] [1979]
Not available 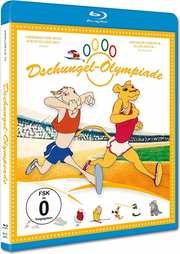 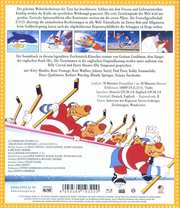 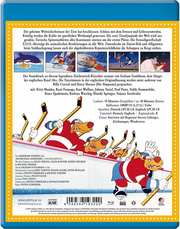 When you think of Steven Lisberger and Lisberger Studios, one name will spring to mind, TRON. That was the title that put him on the map, and quite realistically, is all he’s really known for. There are a generation of Star Wars fans who will also know that he directed a rarely repeated post-apocalyptic movie called Slipstream that starred one Mark Hamill, but were it not for one moment of ridiculous politics, Steven Lisberger might have made a bigger impact than Tron just a few years earlier with this Animalympics, made in 1979. 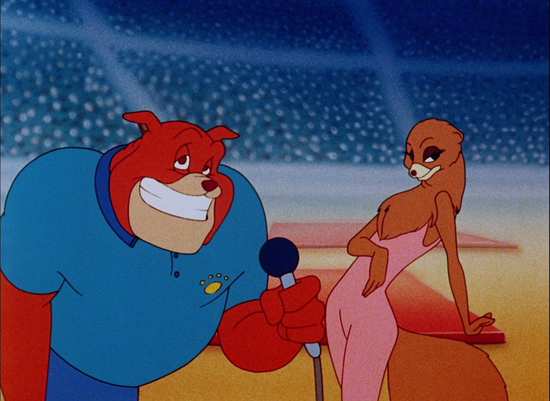 Back then, Lisberger Studios was a fledgling animation house that had made a few TV shorts, and they were looking for a new project. The Moscow Olympics were coming up, and they went to NBC with the idea of Animalypics, a world of animal sport, and NBC jumped at the idea. They even suggested short animation segments that they could screen in between events, which worked great for the young animators, who had experience working on short subjects, but less so on features. These short segments could be compiled into two TV specials, a 60 minute summer games show, and a 30 minute winter games show, and eventually a feature film as well. And then Ronald Reagan announced a boycott of the Moscow Olympics, and the whole point of Animalympics was lost. 4 years later at the LA games, the USSR retaliated, but that’s by the by. The movie got made and released, but it never got the audience that it deserved, and has been mostly forgotten as an eighties curiosity. 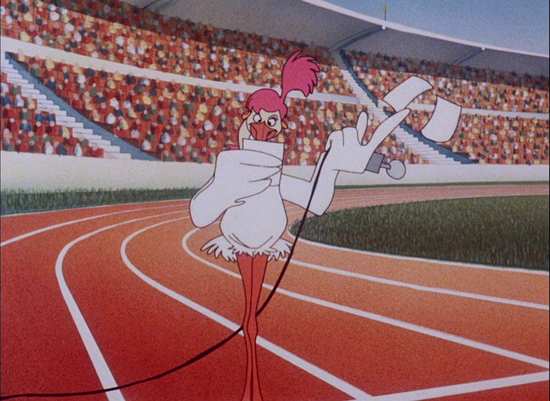 Or at least I thought it had been forgotten, but it turns out that it got a Blu-ray release this year... in Germany. I just had to take a look to see if the film still matched up to my nostalgia. Incidentally, the Lisberger Studios logo at the head of the film was a direct inspiration for TRON. 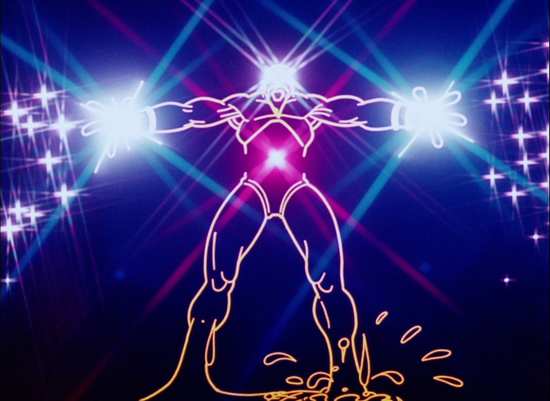 The highlights of the first Animal Olympiad are presented, from the lighting of the torch on Mount Animalypus, to the closing ceremonies, featuring the athletes competing to be the best in the world, with colour commentary from channel ZOO’s most experienced sports anchors. 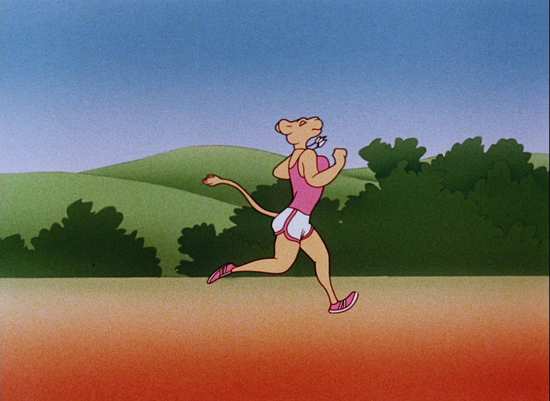 Animalympics gets a 1.37:1 pillarboxed 1080p transfer. The image has stood up really well over the years. It’s clean and sharp on this disc, colours are strong and consistent, and the line art is smooth and detailed. The animation is fluid and detail levels are excellent. In terms of the animation style, it borrows equally from Looney Tunes and Disney, in terms of fantastic imagery and visual gags. About the only issue is the odd speck of dirt in the image, the sort of thing that gets caught in the frame when a sequence of cels is photographed. 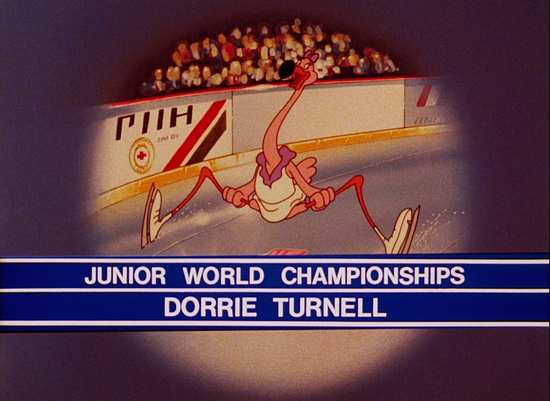 You have the choice between PCM 2.0 Stereo English and German, with optional English and German subtitles (I think there is a signs only track for the German audio as well). This was one instance where I wished that I could speak German, as the English audio hasn’t aged as well as the image. The stereo effect sounds quite hollow, and when it came down to it, I switched from the home cinema and just piped the audio through the TV speakers to minimise the hollowness. Also, the English audio distorts at higher frequencies, s-sounds in particular are notably affected. Animalympics does have a great soundtrack though, with Graham Gouldman of 10CC providing the music and the songs. I gave the German audio a try, and the stereo is fine there, the audio clean, although they have overdubbed sound effects during the songs, which is off-putting, even if I could understand the dialogue. 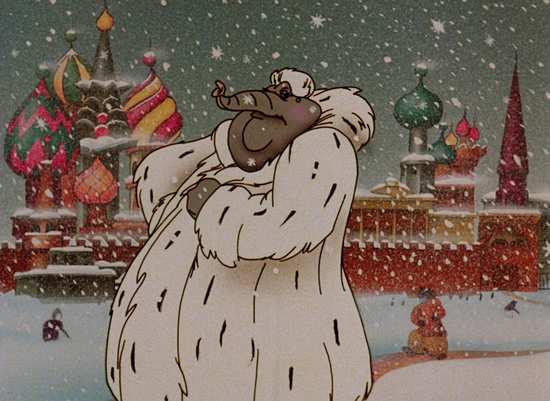 You get one disc in a thin BD Amaray case, with a reversible sleeve if you don’t like the German ratings logo.

The songs in the film are also presented in a separate playlist, which lasts 13:58. 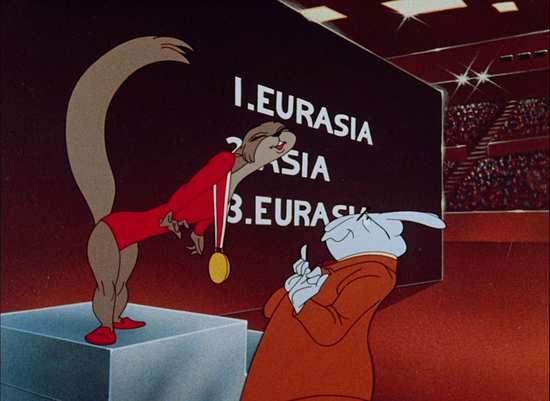 There is an Interview with director Steven Lisberger from 2007 which looks at the making of the film. This lasts 26:11 and is in 576i format.

There is a 5:09 slideshow of Original Drawings which is well worth looking at, as there are a host of ideas and characters presented in the pencil sketches that never made it to the final film. 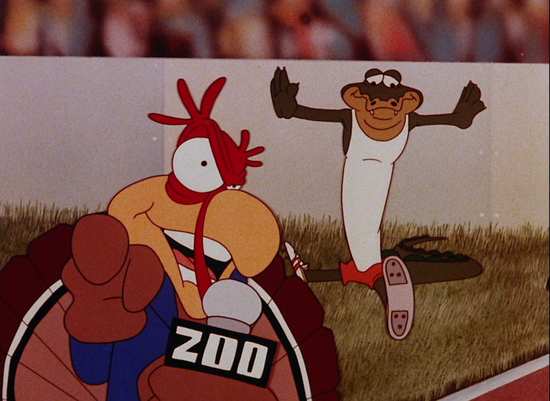 I watched Animalympics to death when I was a kid. First batch of blank video tapes that we got with the recorder, we recorded Chisum, Star Trek II, The Looney Looney Looney Bugs Bunny movie and this (you can get two animated features onto a 180 minute VHS tape), and as it always is with new toys, I wound up re-watching those movies till I was word perfect, or the tape wore out. I haven’t seen Animalympics in almost 30 years now, yet there was nothing to surprise me when I watched that Blu-ray last night. I was still quoting some of the dialogue at the screen. It’s still a fun animated film, fun characters, strong animation, and a great sense of humour. It’s also still hamstrung by that bitty format, the fact that you just get a couple of minutes to get to know a character before they are gone, with only a couple of arcs, and the consistency of the commentators gluing the clips together. 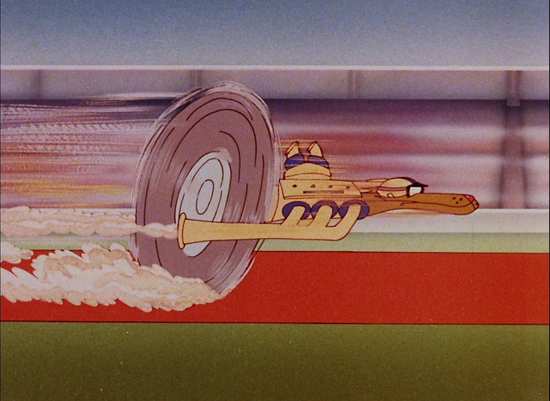 Age hasn’t been kind to Animalympics either. Made in 1979, its touchstone is the 1976 Olympic Games, and the characters in the show are parodying sportsmen and US TV presenters from that era. When the politician who opens the games is a pastiche of Richard Nixon, you can imagine just how hard it is to get any of the references and gags in 2019. Muhammad Ali makes an appearance as does Mark Spitz, both in animal form, but as to the other athletes, just who they are supposed to caricature is beyond me, although I suppose I might have recognised more back in the mid-eighties when I first saw the film. 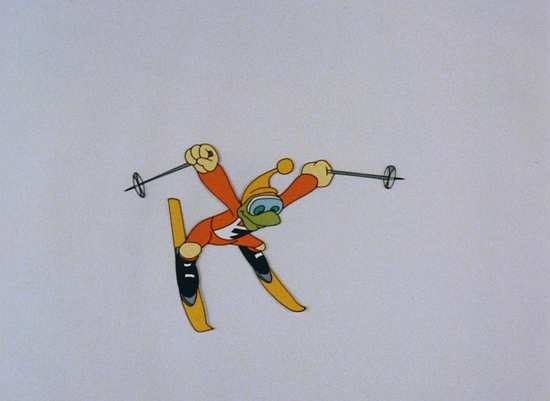 It’s also from an age before political correctness. Not that Animalympics is ever crude or offensive, but it does play more heavily than you might expect on national stereotypes for its humour, plucking at the low hanging fruit, and there are some scenes, or some characters that you wouldn’t expect to pass muster in these more enlightened times. You’d get someone who spoke a language to dub a foreign character, rather than getting Billy Crystal or Harry Shearer to make foreign sounding noises. 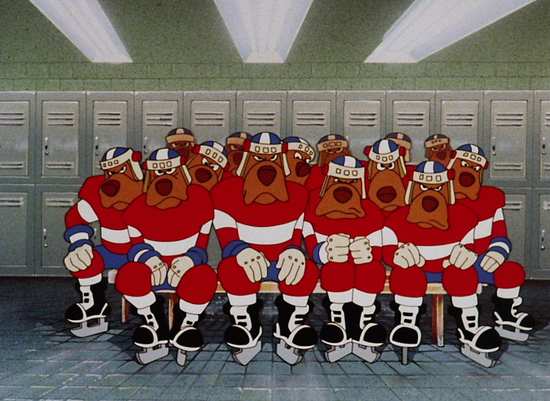 I was surprised to get some jokes that I had missed up to now, and I realise that there is a degree of satire and pastiche that I was too young to appreciate at the time. The scene with the Russian gymnastics coach waiting with a noose around his neck to see if his athlete had won, the American track and field star pole vaulting his way straight into a sponsorship deal, the ice hockey game as a metaphor for war... I guess we’re lucky that this film was made before drug cheats in sports were such a public issue or it could have been a whole lot darker. 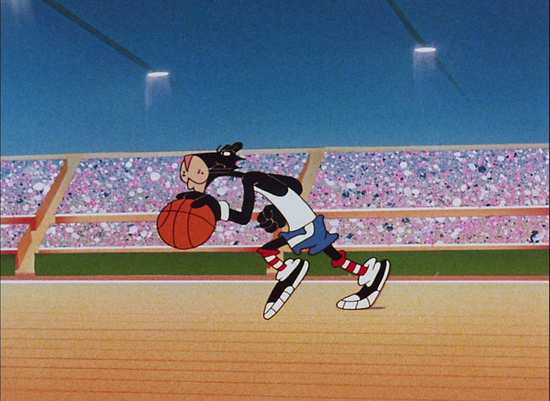 Even after all these years, Animalympics was fun. It has a nice sense of humour to it, some great animation, and it turns out that it works for broad audiences. The image quality on this Blu-ray is excellent, but the English audio is wanting. But I was shocked to the extreme that it got a German Blu-ray release (I’m still waiting for Titan AE to get a Blu-ray) so I doubt that this is a film that will get wider distribution. If you’re nostalgic like me, or just curious as to what the TRON people did before TRON, then importing the German disc is probably the only way.