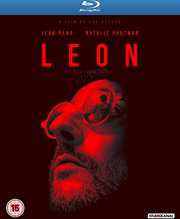 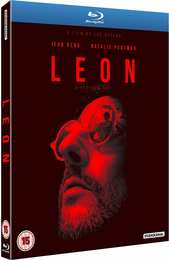 The Godfather trilogy, Apocalypse Now, Taxi Driver, Dog Day Afternoon, Goodfellas; all films that I haven’t seen. There’s only so much time in the world, and there are so many movies that are definitive in their genre, that mark special moments in time, that revolutionise cinema, or are just simply that good that it is impossible to see them all. I do have every intention of getting around to watching them; it’s just getting around to it that is hard. It took me 25 years, but I have now finally seen Leon, also known as The Professional, alongside Trainspotting, Pulp Fiction and The Matrix, one of those films that really exemplified cinema of the 1990s.

Although watching it, I had more of a sense of déjà vu than you might expect from someone who barely caught a frame of Leon while channel hopping or watching a review programme. It’s anime of course. It’s hard to tear me away from anime at the best of times, but in this case it really is relevant. Little girls with guns is a oft-repeated trope in anime, and in the years since Leon came out, I have seen shows like Gunslinger Girl, and Phantom Requiem for the Phantom, which I now realise cribbed liberally from Leon when it comes to imagery and character. I’ve seen a fair bit of Leon without actually having watched it. How does the original article compare?

Leon is presented as the Director’s Cut in this release, running to 132:45, but you can also play the Theatrical Version from the main menu which lasts 110:09.

Mathilda’s dysfunctional family is more dysfunctional than most, her father is a petty criminal who’s physically abusive, her sister is obnoxious, and her mother ignores her. The only light in her family is her little brother, while the only person who notices her is the man who lives down the hall from her apartment.

She’s out getting groceries the day the crooked DEA agents pay her father a visit, looking for some missing dope, and wind up killing her family. She escapes by knocking on the man’s door, but he takes a long time in deciding to save her. That’s because Leon is a hitman, and getting on the authorities’ radar, even crooked authorities isn’t in his interest. When Mathilda learns of his profession, she wants to hire him to avenge her little brother, and when that doesn’t work, she decides that she’ll be his apprentice, and learn how to do it herself.

Leon is the latest in the line of classic films to get a 4k UHD release from Studiocanal, and this new Blu-ray release benefits from the higher resolution and restored image. The 2.39:1 widescreen 1080p transfer comes with a DTS-HD MA 7.1 English audio track with optional English subtitles, and I have to say that the film looks spectacular. The image is clear and sharp, colours are rich and consistent, and there is a discrete but natural layer of film grain, making for a very rewarding viewing experience. The surround track is vibrant and effective, keeping the dialogue clear throughout, while emphasising the action, making for an immersive presentation. That means that Eric Serra’s distinctive soundtrack comes across without issue, and the music really drives the story well. Luc Besson’s at his best directing this film, visually inventive yet effortlessly so. The cinematography is wonderful, and he presents a vision of New York, in terms of colour and composition that we rarely see in films set in that city. It is recognisably New York, but also quite alien in a way.

I had an issue with my check disc in that the Director’s Cut drops out of sync between 85:03 and 88:22. I have been assured that this has been rectified for the retail release, and I’ve already placed an order, so I’ll be making sure.

UPDATE: 10/11/19 - The retail disc has arrived. and I can confirm that there is no sound sync error at that point.

In terms of extras, you’ll find the Isolated Music Score in DTS 2.0 format in the audio menu, but the rest of the extras are conventionally in the extras menu, and it looks like they are taken from previous releases.

These extras are in 576i format.

Interview Jean Reno lasts 6:44, and Interview Eric Serra lasts 10:03 and these two featurettes are in HD.

I am kicking myself at leaving it this late to finally see Leon. I wish I had seen it back in the nineties, and shared the experience of discovering this amazing concoction of popular cinema. It is the best Luc Besson film that I have seen to date, combining a box office crowd pleaser with art-house sensibilities. Leon is an action movie that gets you in the heart, and there aren’t too many of those around.

The film centres on the relationship that develops between Leon and Mathilda. Leon is a consummate professional, a hitman with almost supernatural skill, practically a savant. But emotionally he’s less adept, insular, almost shy, and even childlike. In comparison, Mathilda has a precocity that comes from her neglectful upbringing, a household where she’s practically been the mother to her little brother, and at age 12 is a child who has to live in the world as an adult. That Leon actually notices her where her family does not creates a connection, and when Leon is the only one left to turn to, it’s almost inevitable that connection turns to affection, her first crush.

This could be the sticking point in the film, except the emotional maturity of the characters redeems this story arc. Leon’s childlike innocence means that it is Mathilda who has the emotional strength in the relationship, the emotional power. There’s a safety in the realisation that Leon is unable to pose any kind of threat to a 12 year old child. His mantra of “no women, no children” applies to more than just his work as a ‘cleaner’. It’s the character of Stansfield that poses a far greater threat, the corrupt DEA agent that is responsible for the deaths of Mathilda’s family. It is the most electrifying performance I have seen from Gary Oldman, this edgy, wired, unpredictable sociopath. It’s another memorable screen villain that goes into that elevated pantheon where characters like Trainspotting’s Begbie and Die Hard’s Hans Gruber reside.

How can Leon be so right? You have as the title character, an assassin. He picks up a 12 year old girl after she is orphaned in a brutal fashion, takes her in, and starts to teach her his trade, how to kill, even taking her on jobs. She becomes infatuated with him to the point of professing her love for him and more. Yet you want them to have a happy ending. You want them to ride off into that metaphorical sunset. It’s a masterpiece of mainstream cinema that twists all the conventions on their heads, and still manages to thrill, enthral, and move, even now 25 years past its original release. Perhaps it’s the realisation that you just don’t get films like this; it’s a one off. It’s left to niche entertainment like anime, to try and emulate it, but they’ll never have quite the same impact.

The image quality of this Blu-ray is astounding, and if the audio glitch is confined to the check disc, then this is another must own release. The extras package could be a little more robust, but that’s a small complaint. As I’ve said, I’ve already placed an order for the retail release, as I already want to watch the film again, without that glitch.

"Leon’s childlike innocence means that it is Mathilda who has the emotional strength in the relationship, the emotional power. There’s a safety in the realisation that Leon is unable to pose any kind of threat to a 12 year old child."