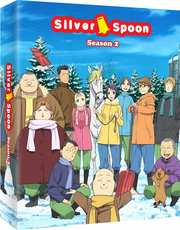 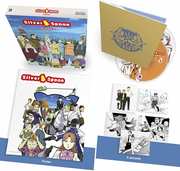 I love the first season of Silver Spoon. It’s as much educational message as it is entertainment, bringing an aspect of everyday life to anime audiences that we generally put out of mind. Just where does our food come from? Taking us into the world of agriculture, showing us how farms operate, just what has to be done to bring our bread, dairy and meat to the dining room table is a worthy endeavour and quite rightly will make people think twice before they tuck into a meal. But if I’m being honest, Silver Spoon says all that it really needs to regarding this during its first season. Doing so again in the second might be redundant. This second season thus has only the characters and the story with which to excel and make a mark. Fortunately, Silver Spoon does come from the pen of Full Metal Alchemist author, Hiromu Arakawa. 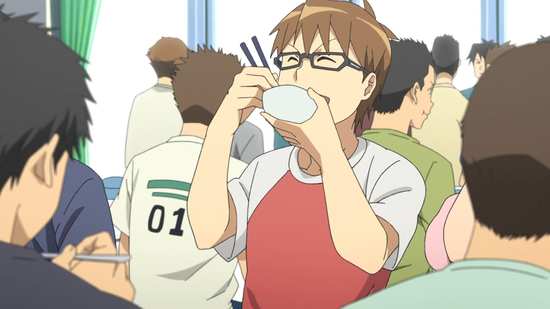 Yuugo Hachiken’s academic aspirations failed to meet his family’s expectations, and suddenly aimless, he looked for a high school that was as far away from his home in Sapporo as possible. His teacher suggested the Ooezo Agricultural High School, Ezono for short. For one thing, it’s in Hokkaido, and another is that it’s a boarding school. That’s just what Hachiken is looking for, but he’s not ready for such a practical, hands on curriculum, having spent his life to that point in pure academia, looking only to pass exams. Waking up at five a.m. to look after livestock isn’t what he had in mind. As is often the case, it’s a girl, Aki Mikage that makes him stick around long enough to get settled. But this city boy is really out of place in a student body of second and third generation farmers. He may be hot in the academic subjects, but he has a lot to learn about agriculture, yet his unique perspective means he has a lot to offer. 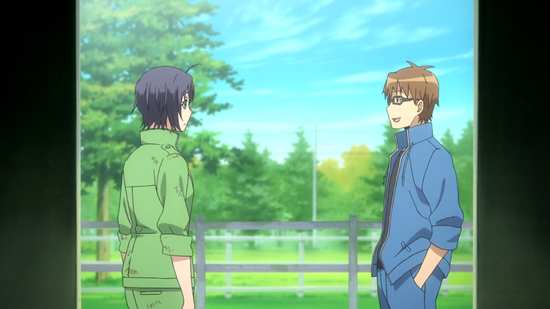 The eleven episodes of the second season of Silver Spoon are presented across two Blu-rays from All the Anime. 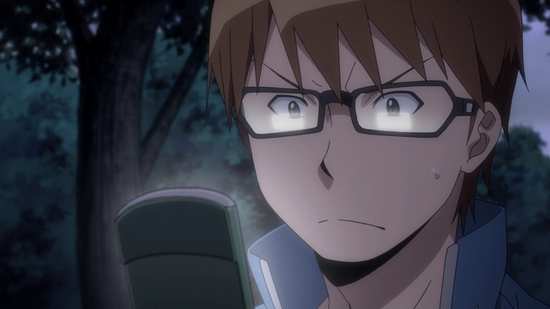 Silver Spoon gets a 1.78:1 widescreen 1080p transfer. The image is clear and sharp, and wonderfully detailed. The animation is smooth, and the colours are rich and consistent. Quite naturally there is a stylistic similarity to Full Metal Alchemist and The Heroic Legend of Arslan when it comes to the character designs, but the sense of palpable realism when it comes to the world design really helps sell the story. The only nit to pick might be a smidge of digital banding in darker scenes, but otherwise there is no problem with compression or aliasing. 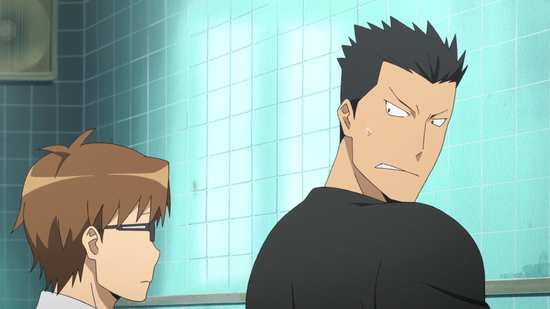 You get a PCM 2.0 Japanese stereo track with English subtitles locked during playback. The audio is fine, the dialogue comes across clearly, and what action there is makes the most of the stereo format. The theme songs are really catchy for this show, while the incidental music suits the story down to a tee. The subtitles are presented with a thin white font. There are no lyric translations for the theme songs. The subtitles are accurately timed and free of typos this time. 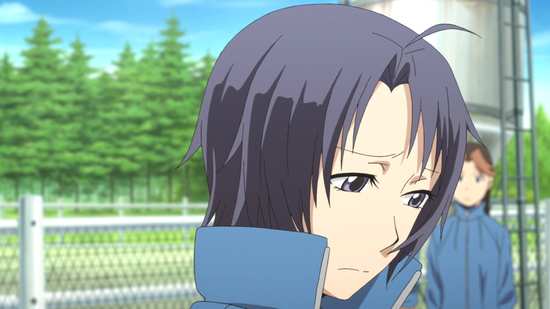 Silver Spoon Part 2 comes in a hard slipcover with a removable blurb sheet. You get 2 discs in a digipack, as well as 5 art cards and a folded up mini-poster. This maximises the artwork from the show you get to appreciate, which is good as that is all that there really is when it comes to extra features. 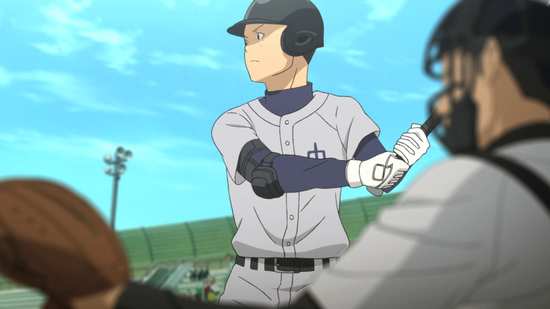 Disc 1 has 1:32 of trailers for the show, none of them subtitled.

Disc 2 has the textless credits and a 16 second commercial for the show. Once again there are no subtitles here. 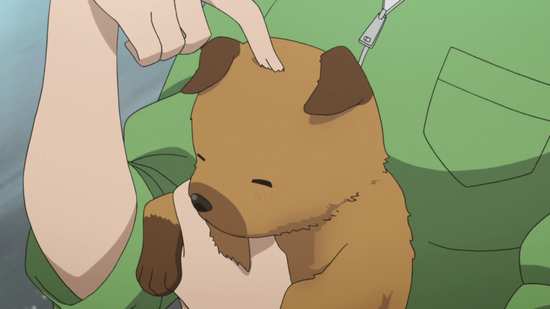 I absolutely love Season 1 of Silver Spoon. It’s a show unlike any other I have seen in anime. Sure there are character comedies aplenty, and you can’t move for tripping over a show with a high school setting, but this show has the agricultural milieu, the background of farming, of livestock, of the rural world that you never see in other shows. It also approaches its depictions of such with realism and accuracy that make this show ideal if you really want to know where your food comes from. In that respect, it’s better than an infinite number of documentaries or government information films, as it manages to entertain you into the bargain. 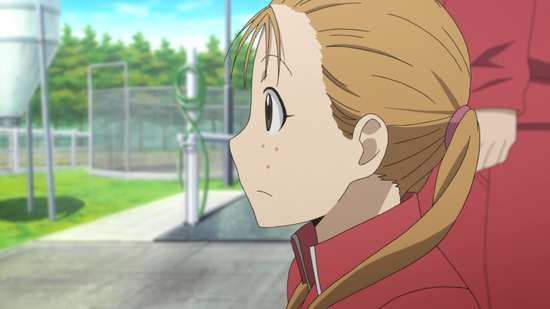 That does mean that Season 2 has a problem. It can’t do the same thing over again, as it would merely come across as repetition; although you do learn some new things about making cheese, and some more rural traditions and pastimes. If Season 1 set the stage and introduced the characters, developed the world, Season 2 is where the character stories really begin to develop, it’s where the drama is, and where the emotional strength of Silver Spoon lies. It also develops another realistic aspect of agriculture and the farming industry, although not one as edifying and as uplifting as before. 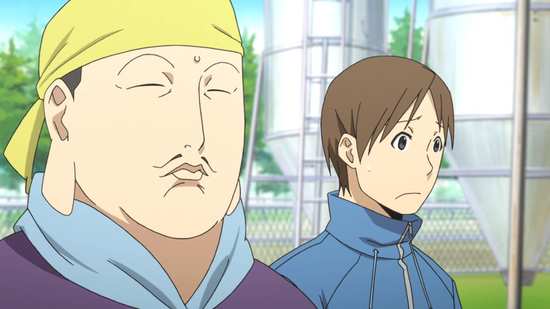 For Hachiken, these eleven episodes really revolve around the traditional high school anime tropes, the after school club, and the school culture festival. With this being farming though, things are different from the usual pop bands and classroom cafes. Through much of these episodes, Hachiken’s friend Komaba is focused on excelling as a pitcher in the high school baseball team, hoping to catch the eye of the professional teams. This happens in the background for the most part, as Hachiken’s Equestrian Club is itself focused on competition, in this case show jumping. Hachiken has to learn how to jump, although this means learning more about himself and how he sees his relationship with his horse. 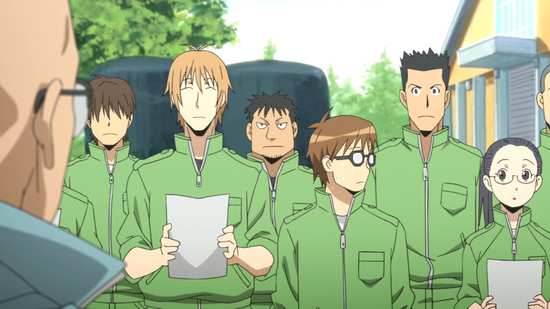 With the school festival, Hachiken decides to showcase the Equestrian Club with a demonstration of Ban’ei racing, a form of traditional horse racing where powerful horses pull heavy metal sleds across ploughed fields. But this time his inability to say no and his innate desire to get involved lead him in over his head. He learns that putting others before himself isn’t always a good idea. 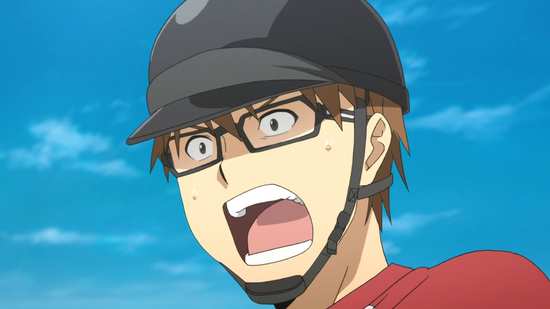 It’s in the final third of the show that reality really does bite. If you watch the news in this country, the precarious state of farming often makes an appearance. We hear about dairy farms always at the edge of bankruptcy, with profits pared to the bare minimum due to aggressive supermarket pricing. This is just as true in Japan, where small family farms are less likely to survive than larger co-operatives. It turns out that Komaba’s farm is one of those unlikely to survive, and his ambition to play professional baseball is his last ditch attempt to find enough money to pay off his farm’s creditors. 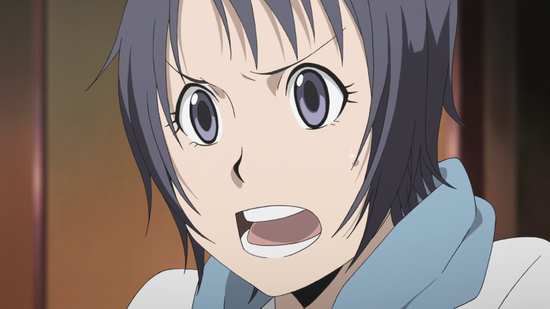 At the same time, Hachiken’s love interest Mikage has problems of her own, both personally and professionally. Her family’s dairy farm is in better shape than Komaba’s but it is also in a position where it has to economise, and it’s here we see another rural problem. Farms are family businesses for the most part, but what happens when the family business isn’t in one’s dreams. Mikage is an only child, and everyone expects her to take over the farm, but she loves horses, and wants a career in that area. She just hasn’t been able to find a way to tell her family. 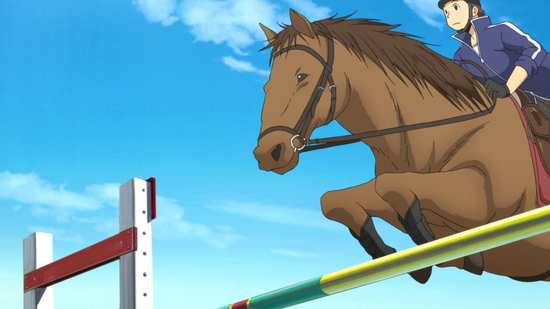 Then there is Hachiken, who ran away from his city life in Sapporo to attend the agricultural high school. He’s been avoiding his family, and especially his father ever since. Circumstances bring his father back into his life, and Hachiken is forced to confront his past. A year at Ezono has changed him enough to realise that some of his father’s criticism was justified, but he’s infuriated at his father’s refusal to recognise that change. 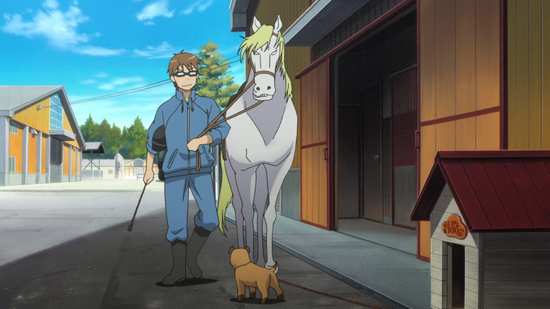 Silver Spoon Season 2 does something different from Season 1, which makes it all worthwhile. However, if Season 1 was a celebration and discovery of a specific lifestyle, a different world so to speak, Season 2 really sets a reflective and melancholy note as it explores a darker side to that world and a more pessimistic evaluation of its main characters. It ends on a high, but it’s a nervous, uncertain hopefulness than anything emphatic. Silver Spoon really does need a third season if you want to see these characters get a happily ever after, but in all truth, this time it would be repetition, as there isn’t much more of this world left to discover.