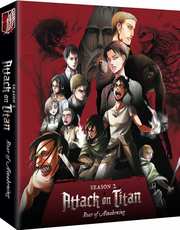 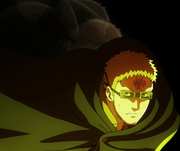 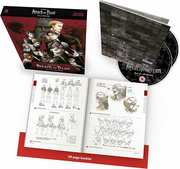 Review for Attack on Titan: Roar of Awakening Collector's Edition

There is a part of me that’s wondering at the point of this release. Attack on Titan may be one of the most popular properties around right now. In the UK we’re up to the middle of the third season of the main series, we’ve had the Junior High comedy spin-off, and we’ve had two live action movies, although we’ve been around the houses when it comes to distributors. So you might expect there to be a big audience for the Roar of Awakening animated feature. But it’s a compilation movie, and it’s a compilation movie of the second season. There were two compilation movies for the first season, Guren no Yumiya and Jiyuu no Tsubasa, but those haven’t been released to home video in the West as far as I know, so if you’re looking to collect Attack on Titan as a feature film anime experience, you’re out of luck. Anime Limited have licensed this directly from Japan, and are releasing it subtitled in the UK on a relatively barebones disc, but Funimation have dubbed the film, and should they ever release it on disc in the US, you’d expect it to have dub audio, and the usual raft of Funimation extras. None of that is an incentive to take a chance on this film. 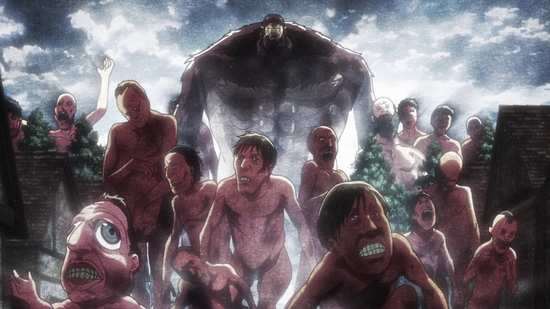 But what I do recall of the second season was that while the story was strong, and the characters just as compelling, the 12 episode run was beset by uneven pacing and some notable issues with the narrative. I even went as far as suggesting that this was a show better binge-watched than taken in at an episodic pace. Surely a feature film narrative would work even better than binge watching a series. 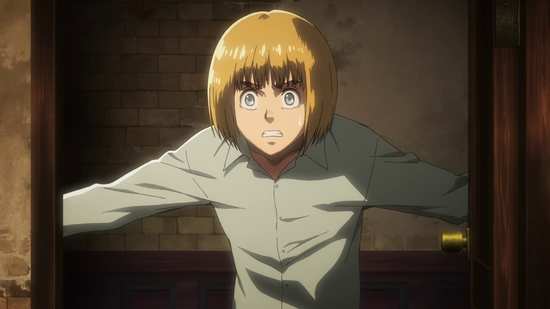 The content is largely the same, so if you want to know about the story and what I think of it, I’ll simply link to my review of Attack on Titan Season 2.

The film is presented in 1.78:1 widescreen 1080p with DTS-HD MA 5.1 Surround and PCM 2.0 Stereo Japanese with player locked English subtitles. Here are some more reasons to get this film, as the surround audio is really well done, immersing you in the action, and making the most of those ODM gear manoeuvring sequences. It’s very much a step up over the Funimation series discs with their stereo Japanese audio. Incidentally, you’ll have to use your remote to access the audio tracks directly, as there is no menu option on the disc. 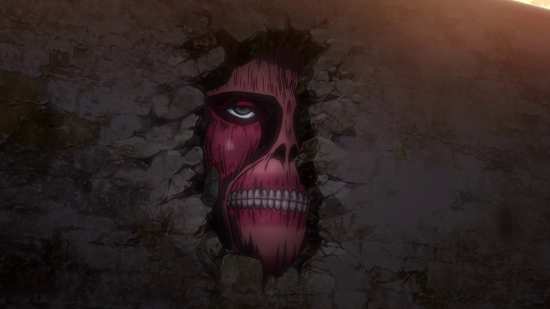 It’s been a while since I’ve seen season 2, and I can’t recall it too clearly, but it does look as if some animation was redone for the feature film, and it’s not just the TV series reedited. Certainly I don’t recall Ymir’s first transformation to be quite as spectacular in the TV show. All the Anime also give the film a top notch transfer on the disc, and I didn’t notice any of the banding that Funimation transfers are prone to. Attack on Titan; Roar of Awakening looks excellent on this Blu-ray, and that’s one more reason to upgrade. But it should be reiterated, there is no dub on this disc. 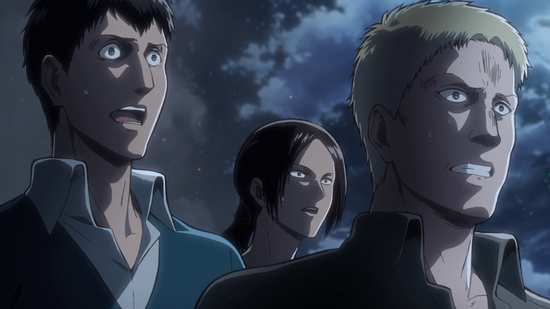 The disc boots to an animated menu. On the disc you’ll find 4 TV Spots in an extras menu, and the Japanese and English trailers for the film in the Trailers menu, and that’s your lot.

I haven’t seen the physical extras or packaging to comment. 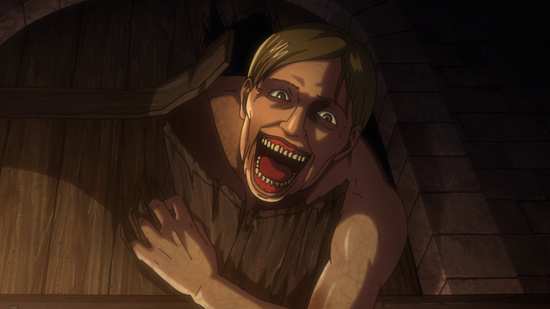 The film is better than the series. There’s not a lot in it mind, but the story is far easier to take in one sitting than it is to take piecemeal, and condensing around five hours (less if you strip 12 sets of credits, recaps and previews) to just two doesn’t mean missing out on any essential plot points, too many cute characters moments, or any of the action. In fact, it feels like it’s just the fat that has been trimmed, leaving lean Attack on Titan meat to enjoy. The film is bookended by a quick season 1 recap, and a little bit of Season 3 wind-down (plus a post credits sting), but it is pure action and storytelling from the get go. 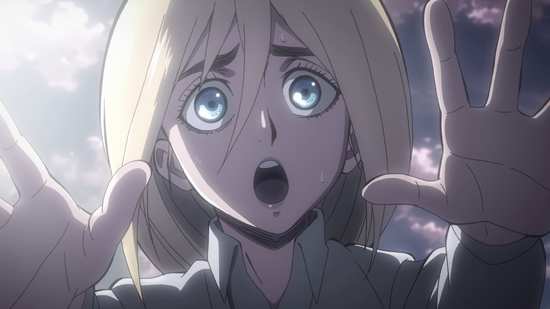 The pacing of the film is better, given that each little story snippet doesn’t have to fill a twenty minute chunk any more. For want of a better word, the filler is gone, leaving only what is necessary for the film to work. The siege in the abandoned castle is a case in point, where there is a whole lot of action, but the interplay between the characters inside the castle has been reduced to keep the momentum up. 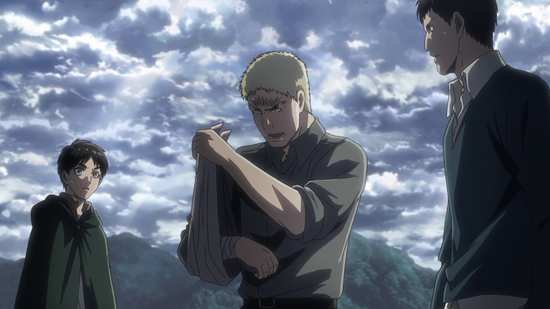 It’s not perfect of course. There’s only so much that you can do with the source material without losing the essence of the story. There’s one scene towards the end of the film, taken from an episode that I found really dragged the series down, with Eren, Ymir, Berthold and Reiner in trees, Titans beneath, basically shouting at each other for around twenty odd minutes. There’s a lot of noise, but very little of substance said for that run time, and that is still in the film, pretty much as is. I had hoped it would be edited down a bit, or at the very least intercut with something else, but once again, it was a scene that wasn’t conducive to wakefulness. 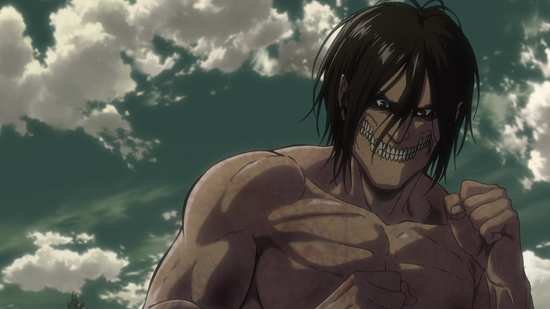 Yet, I don’t think I’ve ever said this before, but this is a compilation movie that is better than the series it is compiled from. Despite the lingering flaws, Roar of Awakening is paced a lot better, and edited better as well. Fandom is a case study in obsession at the best of times, so this probably is redundant, but if you enjoy Attack on Titan, and you bought into season 2, you owe it to yourself to see this movie, as it’s a really nice way to take in that story again.