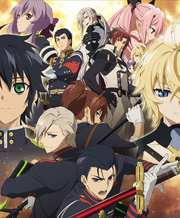 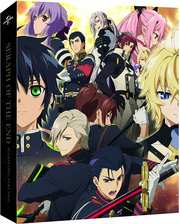 Review for Seraph Of The End: Series 1 Part 2

I initially shied away from the UK anime releases from Universal, as they went for the collector’s market exclusively, eschewing standard editions. The irony of it is that Universal priced themselves out of both markets in a way, selling their admittedly lavish Collectors editions for around £20 less than the market rate, yet still out of the reach of someone who just wants two discs in an Amaray case without the fripperies. But having seen the first part of Seraph of the End, I’ve come around to Universal’s way of thinking. Not only do they offer boxes filled with anime goodness (and admittedly some disposable tat), but they also authored their own releases, eschewing the Funimation discs. Their discs are surprisingly good, rivalling Aniplex US at their best, and probably putting the US Funimation releases of the same titles to shame. I’m now beginning to regret that they left the UK market after just six releases. 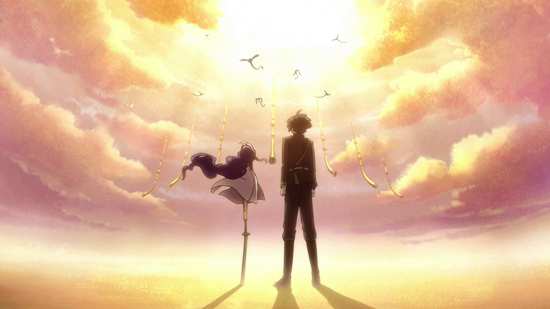 The world ended! The Apocalypse virus came and wiped out the human race in the blink of an eye, leaving just the children under thirteen alive. Luckily for them, the vampires rose from the depths of the world to take care of them, raising them and keeping them safe, in exchange for a little ‘payment. Yuichiro and Mikaela along with their ‘siblings’ were rescued from the Hyakuya orphanage. Four years later, Yuichiro is tired of being livestock bred for blood, and annoyed at Mikaela ‘collaborating’ with the enemy. But Mikaela has a plan for their family to escape to the surface world. It’s a plan that fails when Lord Ferid Bathory has arranged for the escape so he can play with his food. Only Yuichiro survives to escape. 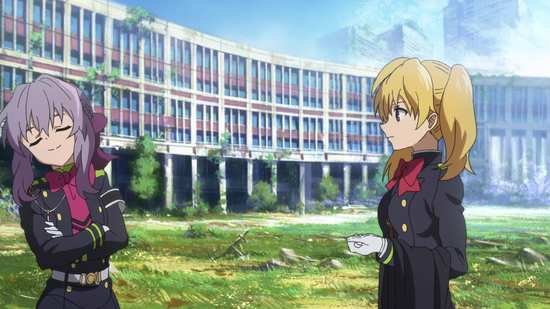 He makes it to the world outside to learn that he has been lied to. While humanity was more than decimated by the Apocalypse virus, they aren’t extinct. There’s a walled city where civilisation survives, and where the Japanese Imperial Demon Army trains to destroy the vampires and their monsters once and for all. Yuichiro’s escape was prophesied, and Lieutenant Colonel Guren Ichinose is waiting to recruit him. He wants to volunteer straight away to start exterminating vampires, but first he’ll have to go to school. What he doesn’t know is that not all of his family were killed that fateful night. 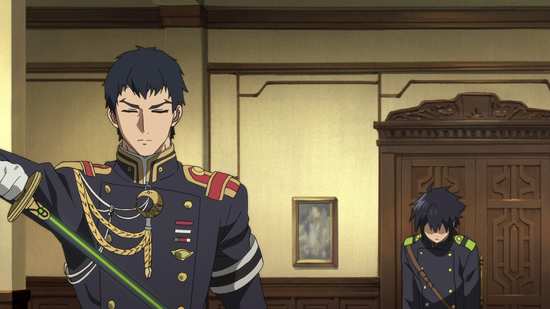 The concluding twelve episodes of Seraph of the End are presented across two discs from Universal. 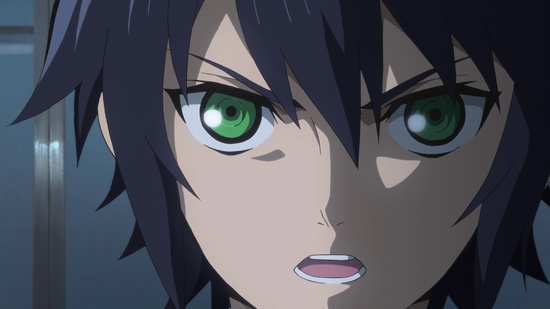 Seraph of the End gets a 1.78:1 widescreen 1080p transfer on these discs. The image is clear and sharp, colours are strong and consistent, and detail levels are excellent. There is no sign of compression, certainly no aliasing, and absolutely no banding. I am so used to some degree of banding on Blu-ray anime releases, especially those from Funimation who released this in the US, that I spend a good few minutes in each episode up close to the screen to see if I can spot any, and I haven’t been able to yet. Visually, this release is on a par with the best Aniplex US discs. It’s a good thing too, as Seraph of the End is a show with strong production values, theatrical quality animation, rich and atmospheric backgrounds, and memorable character designs. These episodes do feel really quite filmic in quality. Although there are moments where the animators resort to the usual pan over static scenes to shortcut frenetic battle scenes that might break the budget or overrun a schedule otherwise. 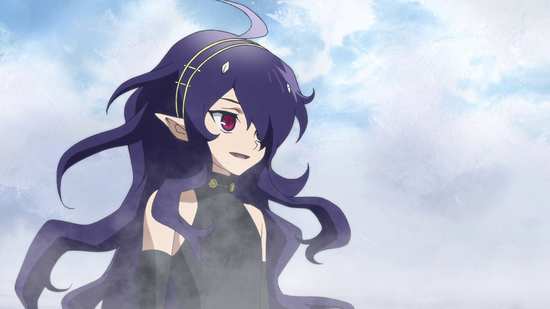 Welcome to Europe! Small distributers have shallow pockets, and tend to go for the bare minimum required for the territories they distribute in. It’s rare for a company like Sentai or Funimation to include Spanish language assets in a territory where there is a large Hispanic demographic, instead sticking to the usual English and Japanese. Universal on the other hand have the resources and the reach to cater for a wider audience in more than one country. They source the Funimation dub as well as the original Japanese audio for Seraph of the End, but they also include French and German audio as well. You have DTS-HD MA 5.1 English, and the rest of the language options are DTS-HD MA 2.0 Stereo. You also have English, Dutch, French, and German subtitles and signs where necessary, and none of this is locked during playback. You’re free to choose and mix. 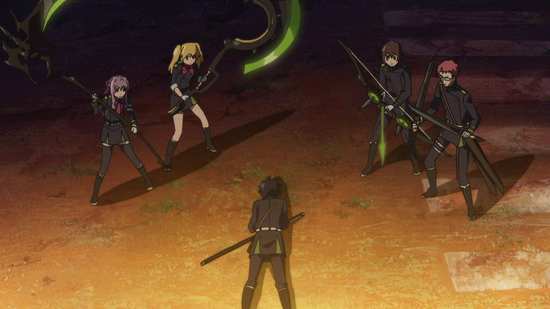 I was happy with the Japanese audio with subtitles, and Universal use a thick, bold subtitle font that is easy to read. There are no typos and everything is accurately timed, but there are no translated lyrics with the episode credit sequences. The actors are suited well to their characters. The action comes across well, and the music drives the emotion of the story as expected. The theme songs for the show are also quite effective. 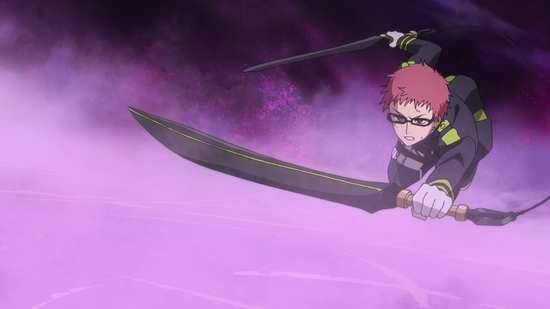 Once again you get a top-loading chipboard box with some very nice artwork that will slot in happily on a BD shelf alongside your Amaray cases. The Seraph box is wider of course, and it comes with a blurb sheet you can peel off and store. 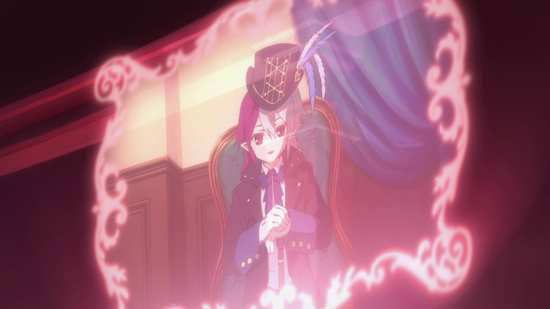 You get a small, folded poster, four playing card sized character info cards, four large art cards, and most significantly, a 32 page guide book in portrait format, which is a bit of a comedown after the tome of Part 1. But it does make room for some more ‘tat’ as you get two sheets of lenticular stickers, 12 in all featuring chibi versions of the characters. 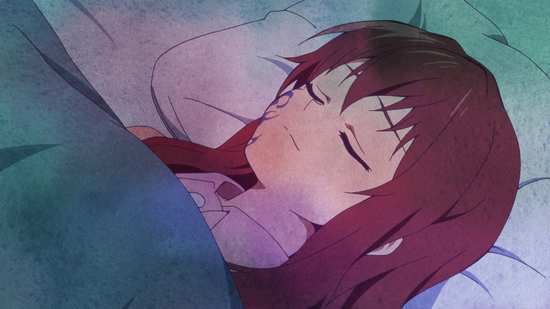 The two Blu-ray discs are presented in a landscape digibook.

Insert the discs and you have a choice of English, German, French, and Dutch menus. Universal use their typical icons for the animated menu, no text here. 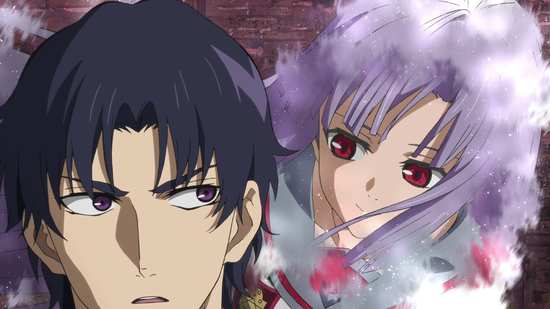 The Music Clips are actually the textless credit sequences for the show.

Disc 2 has more of the Seraph of the Endless comedy shorts, which re-imagine some scenes from the anime with a more humorous bent. These last 18:20. 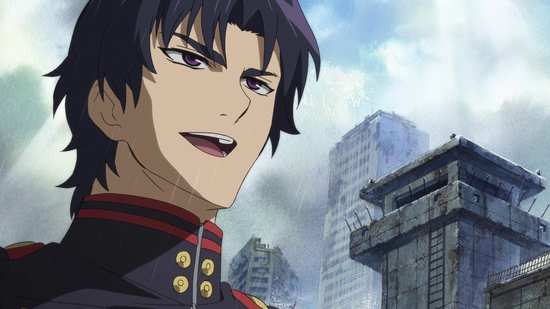 When Seraph of the End began in the previous collection, there were parts of it that felt like Attack on Titan, but with vampires. On the bright side, it manages to find its identity in this collection of episodes. Unfortunately, it squanders all that with a hasty and unsatisfying conclusion. It’s to be expected with most anime adapted from ongoing manga and light novel series, that 12 or 24 episodes barely scratch the surface of a story, and the best you can hope for is that the anime creators find a good place to stop the story, satisfying viewers and encouraging them to go look for the rest of the story in print. Seraph of the End doesn’t do that. 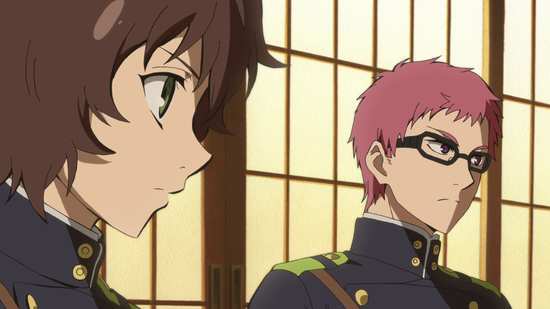 It’s a shame as the setup for the story was so strong, the plague wiping out most of humanity, leaving the survivors to stand against the vampires, with many of the human children being hunted and corralled as livestock to feed the vampires’ bloodlust, and a Japanese Demon Army organising and fighting against the vampires. They turned out to be quite literally Demons, using weapons cursed with the power of demons to slay the vampires, and having to forge blood pacts with these possessed weapons to be able to use their powers. The vampires are similarly equipped with weapons that are empowered by their blood. Two children taken from an orphanage when civilisation fell were Yu and Mika. Yu escaped to join the Demon Army, while Mika was turned into a vampire, and in this collection, we see these two brothers, turned mortal enemies reunited when Yu’s squad is sent to Nagoya, along with several others, to humanity’s new front in the war against the vampires. 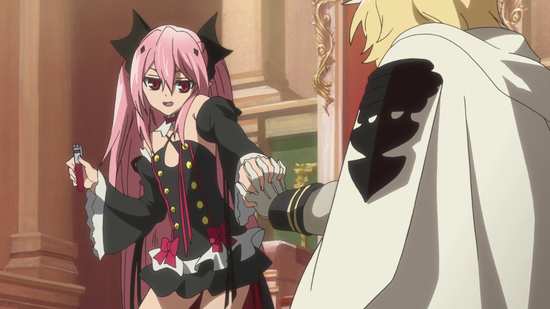 The thing is that Yu is no ordinary human, and Mika is no simple vampire, and it all stems back to before the fall, and the experiments that were taking place at the orphanage where they were raised. Seraph of the End certainly has the story that draws the viewer in; the production values are high enough to make this an eye-candy series, with great animation, appealing character designs and an intricate world design, and the characters are written well and make the show stand out above its action fantasy peers. The pacing too is good... at first. 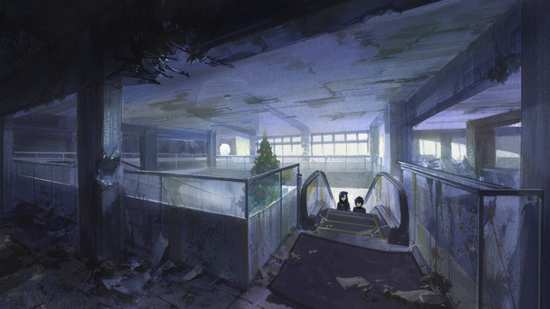 Then the end of the show comes, and it all falls apart. The creators suddenly see that they have just two episodes left, and they haven’t even really touched on what this Seraph of the End thing is all about. Viewers deserve to see that much, right? The twists and turns start coming at a greater rate, most of them lacking context and weight, the show becomes increasingly weird, getting Evangelion levels of biblical, and then it’s all taken away with a partial reset button, and the implication that you’ll see more in season 2, and once again, there is no season 2 to mention at this time, although there was an OVA episode that we didn’t get in the West. 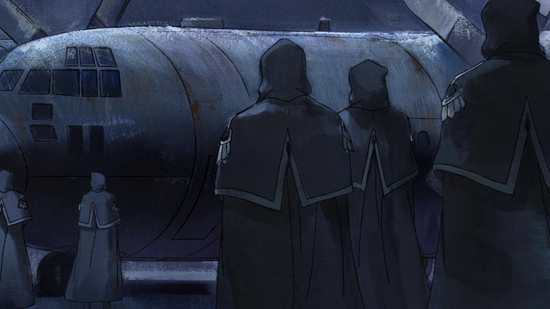 I don’t know if the source material pans out this way. Certainly if it does, it’ll probably be just as disappointing, but I expect this sort of ending to most of the anime that I watch. That’s just the nature of the industry. Definitive endings are not profitable. But it annoys more when it happens to a promising series, and Seraph of the End had the potential to be one of the good ones. As it is, if you want a decent vampire anime, there’s always Shiki. Still, I have to rate Universal’s presentation once more, both in terms of physical packaging and extras, as well as the AV quality, which is some of the best I have encountered with anime.