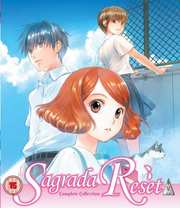 I have a cynical side to me that I’m not too proud of. I’m the guy who tends to look gift horses in the mouth. The Trojan War would have been a lot shorter (or longer depending on your point of view) if I’d been around. Aniplex aside, we have an anime industry right now where 12 or 13 episode series get released in complete form, while 24 or 26 episode series get released in two halves. It makes sense; the set price point for the set episode and disc counts. So when a 24-ish episode series is released in complete form, it makes me suspicious. Why are they being so generous? It might actually be a gift, the way we got My Love Story in one instalment. Then again, it could be a distributor trying to get a quick return on one of those shows that get thrown in as riders on contracts, like Princess Resurrection. It’s not just MVM this time, as Sagrada Reset was released in one go in the US as well by Sentai Filmworks. I hope it’s another Ore Monogatari... And now that I look back on it, I opened the review for Princess Resurrection with the same cynical paragraph! 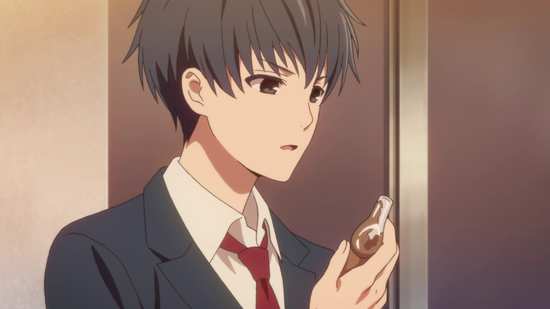 Sakurada is a unique place in Japan. People there have special abilities, super powers even, that they don’t have anywhere else. Anyone who even leaves Sakurada forgets that they had the powers to begin with. Although not too many powers turn out to be useful. Take Misora Haruki for example. She has the power to Reset, to move the world to an earlier point in time up to three days in the past. It’s something that she does whenever she sees someone crying. But it’s not a lot of use for her, as she never remembers anything past her ‘save point’ to be useful; she just lives that reset time over again. For Asai Kei, his ability for perfect recall seemed a little mundane, but when it transpired that his memory worked even through a reset, then with Haruki, he realises that he might be able to do some good. He only has to convince her. 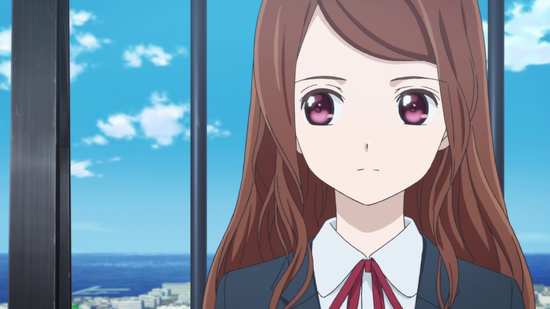 Their first time working together is a success when they help a little girl reunite with her mother, but they learn the hard way not to use the power frivolously, when following a trivial reset, they learn that the mutual friend who brought them together, Sumire Soma, died and they had no way left to save her (resets only work once per save point). Two years later, they are part of the Service Club in high school, ostensibly helping people who need to fix something that went wrong, but in actuality working for the Bureau, the organisation that monitors people with powers in Sakurada. 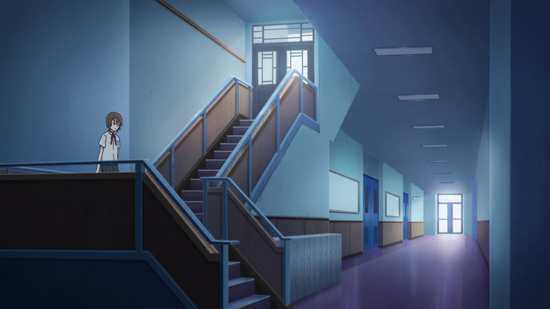 24 episodes of Sagrada Reset are presented across 3 discs from MVM. 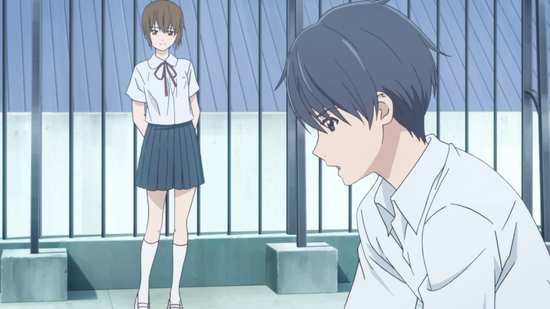 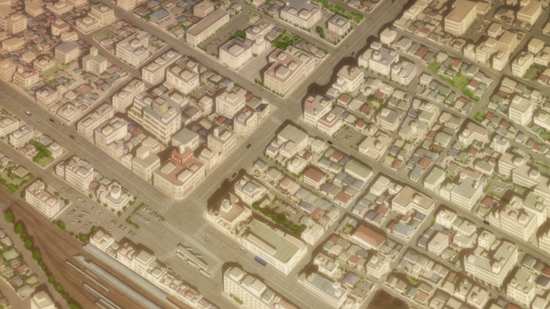 Sagrada Reset gets a 1.78:1 widescreen 1080p transfer. The image is clear and sharp, and the animation comes across without any major issues. There’s certainly no compression, and I wasn’t particularly cognizant of digital banding. It’s not the most impressive of animations though. The character designs are well thought out and presented, while the world design has detail and clarity, with an eye to realism. It’s just that Sagrada Reset isn’t the most animated of animations. 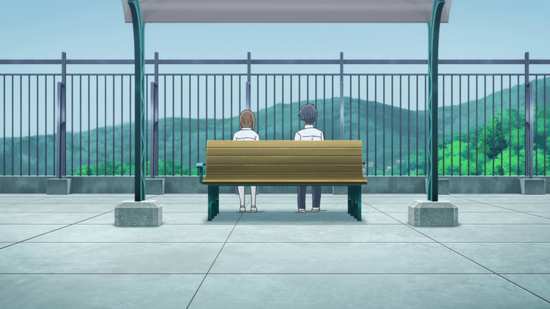 You only get Japanese audio on this disc, so expect the DTS-HD MA 2.0 Stereo Japanese track with player locked English subtitles. The audio is clear, what action there is comes across well enough, but this is primarily a dialogue focused piece and the audio is good enough for that. The subtitles are timed accurately and are free of typos. 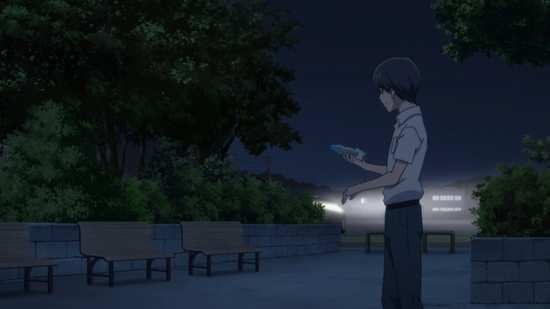 The extras are on disc 3, and comprise the Textless Credits, 2 openings and 3 closings, as well as trailers for Akame ga Kill!, The World God Only Knows, Negima!?, and Hitorijime My Hero. 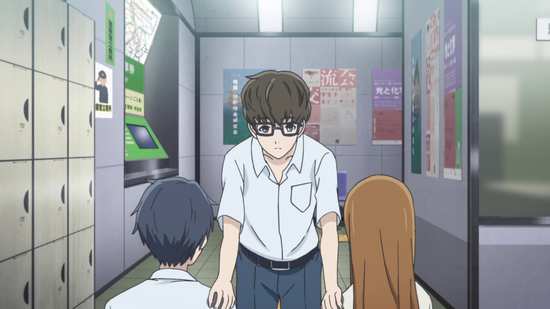 Sagrada Reset is a time travel show, and I should be in sci-fi heaven; only it’s not that good. It could be down to the competition, which was facing it directly at this time. While I was watching Sagrada Reset for review, I was also watching Steins;Gate 0, against which it pales considerably. That I also had the odd episode of Star Trek on, and a bit of Red Dwarf too, meant Sagrada Reset just couldn’t compete. But I do believe that taken on its own, Sagrada Reset falls flat as well, as its issues are fundamental. Anyway, my cynicism is justified. This is definitely not a show you’d buy in halves. 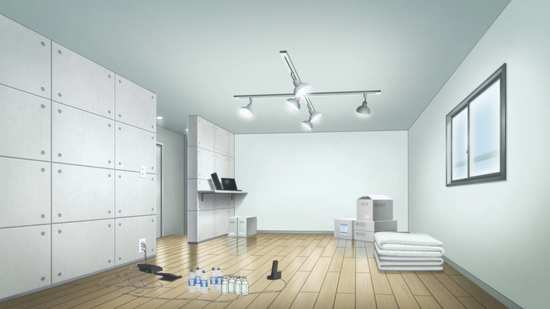 Sagrada Reset has a great premise; it’s the sort of idea that I love. Sakurada is a unique place in Japan, an isolated town where the people within can have special powers. Should they leave Sakurada, their powers vanish, as do any memories of them. These physical and mental abilities are much as superpowers, being able to manipulate time and space, affect other people, and it’s all overseen by The Bureau, a sort of civil service that keeps these powers quantified and under control. Not all these powers seem particularly useful. Certainly Misora Haruki’s reset ability, effectively jumping back to an earlier point in time, seems useless when she herself has no memory of the future that she erases. But Asai Kei’s perfect memory survives resets, it even survives leaving Sakurada, so when Kei and Haruki start working together, in combination their abilities are powerful indeed. 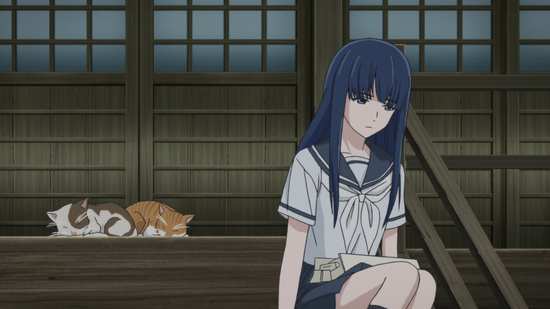 The Bureau puts them to work in their after school Service Club, helping people who could use a second chance, although they also come up against other ability wielders whose motives aren’t quite as honourable. The more they work, the more they learn about the nature of Sakurada, the people in it, and how such a town of super-powered people came to be. There is a lot underpinning this place, and plenty of schemes and plans, not least a plan to do away with abilities altogether, restore the town to normality. 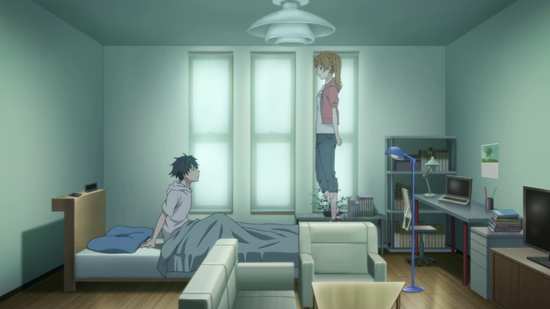 It sounds great, but in execution it’s as dull as dishwater, both in the characters, and in the storytelling. Kei’s one of these know it all guys, quietly confident, and not easily fazed, while Haruki is your typical anime emotionless girl, who doesn’t understand her own feelings to the degree that she seems autistic. She actually makes a deal with Kei for him to make her choices for her. These two ostensibly develop a romance over the series. With two central personality vacuums like that, it’s hard to get a hook into the show. Episode 11 is the nadir of the show in this regard. In it, Haruki takes Kei’s advice to go and make some friends. She chooses Nono, a girl whose ability is to share consciousness with cats. She too is of the unemotional persuasion, and the whole episode is devoted to their sparkling repartee. 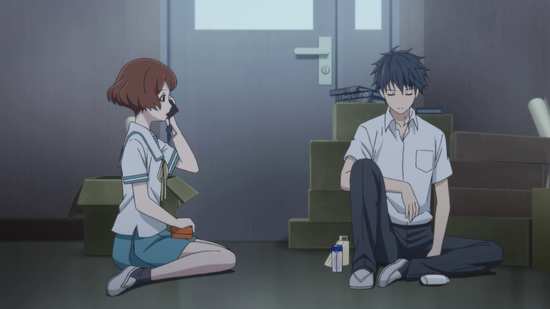 Still, special powers should mean plenty of action and mayhem, you might think. Alas, you’d be mistaken there too, as this is a show where resolving crises is done by characters chopping logic at each other. If your sensibilities run to the pacifistic, then you might appreciate a show where combat comprises convincing your opponent of your superior philosophical position, but it doesn’t make for gripping viewing, and you have to really stay on your mental toes to keep up with the circumlocutions of character narrative that unfold here, made all the more complicated by the regular resets. Then the One Hand Eden arc arrives, which sees Kei and Haruki having to complete a mission inside a girl’s dream world. It’s not a good form of storytelling when you can’t tell the difference between dream and reality, and you are actually supposed to. 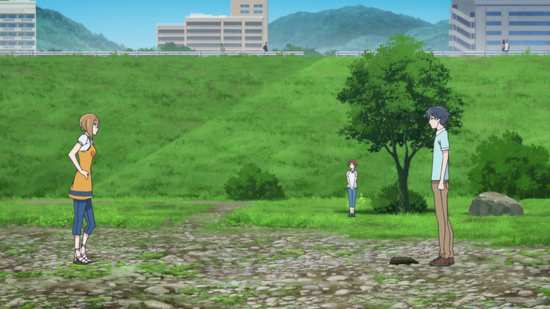 The trouble with this form of logic chopping storyline, this level of pretentiousness in the dialogue, is that it lacks emotional realism when one character simply capitulates to another because they can’t support their arguments with sufficient intelligent discourse. In the real world, someone would throw a tantrum at this point and resort to illogic. But Sagrada Reset just wouldn’t work with believable characters. 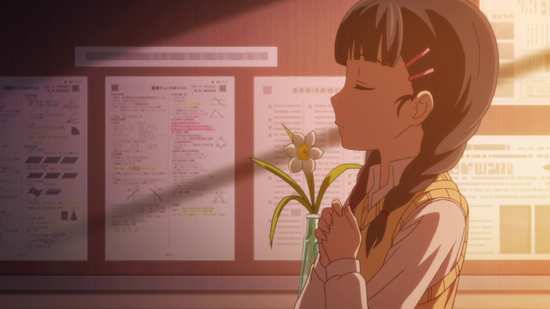 The thing is that I do want to watch Sagrada Reset again. I just want to do so during daylight hours, fortified by caffeine, such that I can pay attention to its torrent of verbiage that takes up most of the episodes. Something like Monogatari can do that and keep the show gripping, but Sagrada Reset can’t, yet the premise is so strong, the world so interesting, that I really do want to put the effort in to get the most out of it. I just wish it was a show that showed rather than told.