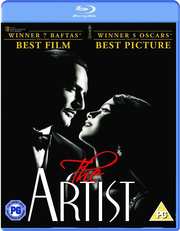 Review for The Artist

I’m always sceptical about award winning films, although mostly because the films that I love so rarely win awards. Some actor will win an award for stepping out of their comfort zone, playing gay, playing disabled, or playing ugly, or the film will do something ‘new’ for the medium, like bringing gay romance to the mainstream, or sink a ship, or be a Western. It almost feels gimmicky at times. The Artist is the first silent movie to win Best Picture Oscar since Wings in 1929, incidentally the first ever Best Picture winner. So not a gimmick then... Still, I do get to see something different from my usual movie consumption. 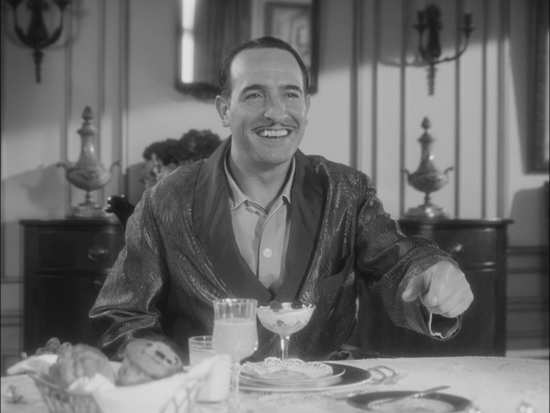 In 1927 George Valentin is a silent movie star who has it all. He’s the star of Studio Kinograph’s action movies, rescuing damsels in distress with his trusty pet dog in tow. It might cause a little strain on his already frosty marriage when he gets a little familiar with a fan on the front page of a newspaper, and it might cause a little more strain, when that fan, a girl named Peppy Miller gets hired by the studio as an extra. He gives her a little nudge up the ladder to success with some advice on star quality, but everything seems to be going right. 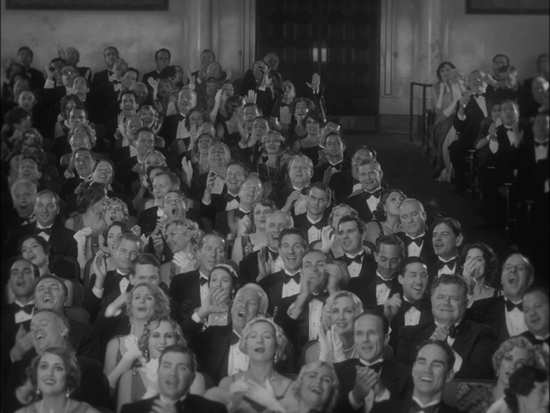 Then in 1929, the studio introduces talkies, movies with sound. George isn’t impressed, certain that the new fad will never catch on, and he even proclaims that he will make the best silent movie ever, even as the studio switches exclusively to the new technology. But cinemagoers have fallen out of love with the old silent movies, and as George’s star wanes, they have a new face and voice to idolise, Peppy Miller. 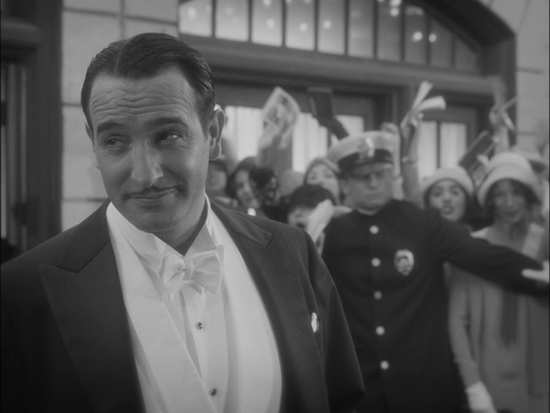 The Artist was shot in the old Academy ratio, and with the filming techniques that were prevalent at the time. The 1.33:1 pillarboxed monochrome image is clear and sharp, with good detail and excellent contrast. I can only suppose that it is modern digital cinematography that made it possible, as the exploding monochrome film stocks used at the time were dispensed with for understandable reasons, and simply removing colour from a colour print doesn’t make for a decent black and white image. What The Artist gives does feel like a black and white movie of the era, if it was a pristine print without any sign of age or print damage. It looks beautiful. Audio comes in DTS-HD MA 5.1 English surround with optional English subtitles (one of the songs in the music soundtrack has lyrics). The audio is fine, pretty front focussed for the most part, and the music is as integral a part of the viewing experience as it is with any other silent movie. 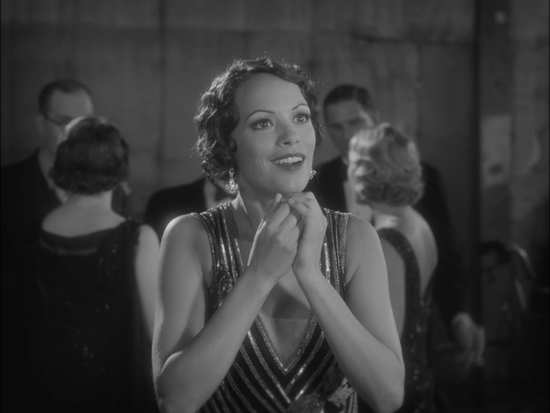 You get one disc in a BD Amaray case which boots directly to an animated menu.

On the disc you’ll find trailers for Hugo, and Lord of the Rings Extended Edition Trilogy.

The Artist: The Making of a Hollywood Love Story lasts 21:53 and has interviews with the cast and crew about the movie. 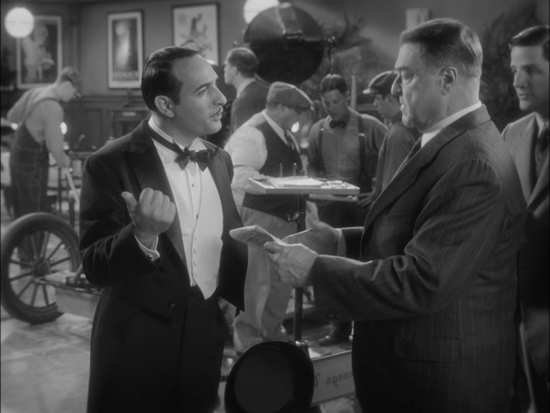 The Artisans Behind the Artist lasts 11:00 in total, alone presented in 576i, and comprises four featurettes that look at the production design, the cinematography, the costumes and the composer. Given the runtime, these pieces aren’t too informative. 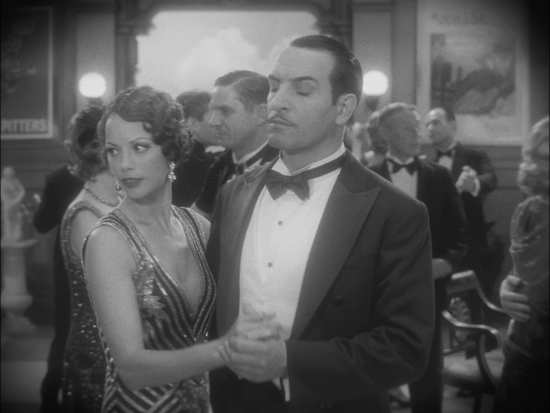 More informative is the Q & A with the Filmmakers and Cast, a stage event which runs to 44:57.

Finally there is a 2:13 Blooper Reel. 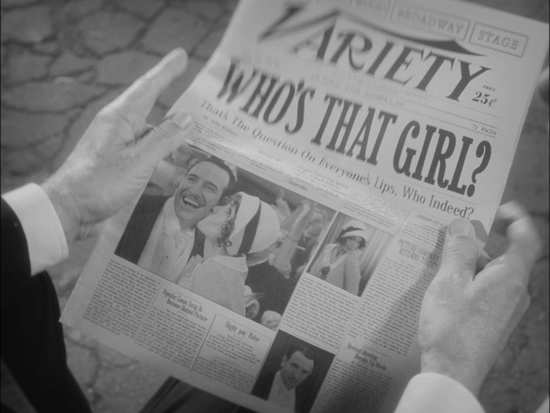 The Artist really is a Hollywood love story and on more than one level. There is the curious romance between the two leads of course, George and Peppy, but the film itself is a love letter to Hollywood, looking back at that hectic time in the early part of the twentieth century, where this brand new art medium so rapidly became the most popular form of entertainment in the world. It was an era of rapid change and experimentation in cinema, with different formats and different ideas from all the studios. The biggest change of them all was the introduction of recorded sound, and overnight that changed the industry fundamentally, as the stars of the silent movie era were quickly shunted aside for those who could work the new medium. One day, Buster Keaton, Charlie Chaplin and Harold Lloyd were filling the movie theatres, the next it was Laurel and Hardy. 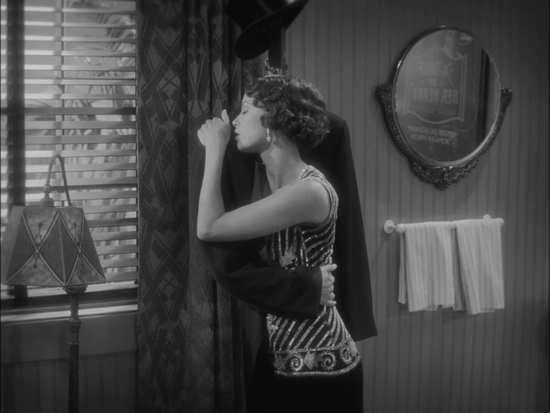 The Artist captures that period and really brings it to life. There’s that sense of excitement that envelops Hollywood, the novelty of each new film released, the anticipation of success, and what at the time must have been a wholly new kind of fame. George Valentin is surfing this fame like an expert, milking every second of his notoriety for all it is worth. He’s charming, likable, and charismatic, and he also has that arrogance and pride of someone certain that his world will not change. He’s also got a keen eye for girls, as is evidenced when he ‘spots’ Peppy Miller. 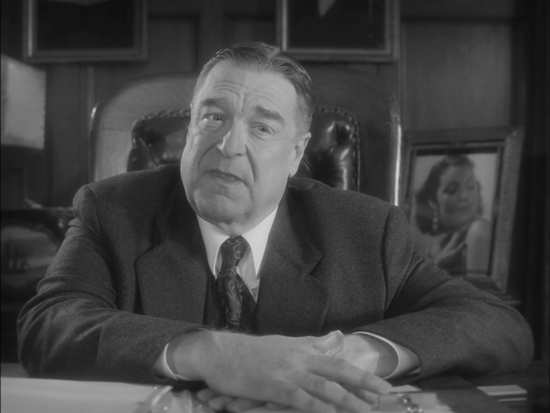 Peppy’s a hungry ingénue, determined to become a star, exuberant and talented, and she takes a shine to the older established movie star as well. There is just as much fascination and attraction on her part. Despite George already being married, it could have been a fairy tale romance, except talkies get in the way. With George refusing to contemplate the new technology, their career paths wind up in opposition. Peppy quickly becomes a star, headlining the new talking pictures, while George’s career goes into a nosedive, as no one watches his films anymore, he loses his money trying to bankroll his own production, and his wife finally leaves him. So his view of Peppy becomes tinged with pride and betrayal, while her view of him is tinged with regret and misplaced guilt as well. 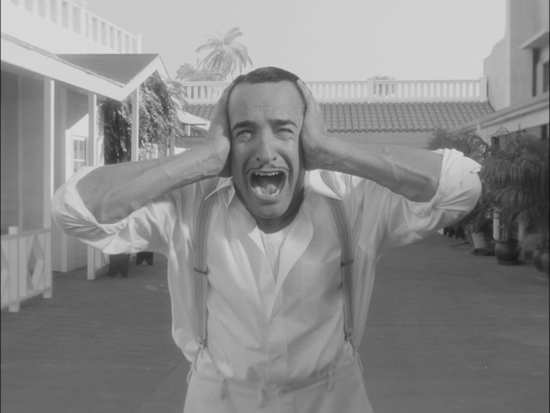 The Artist is a beautifully made film, rich with humour as well as tragedy and romance. Like the early silent movies, it too is filled with magical moments, wonderful character observations and delightful set pieces referencing classics, as well as some which are original as well. It’s the character touches that really make the film work, and it’s a nice reminder that film can be a universal language. I’m still in two minds about all the awards it garnered; after all, there was no sudden glut of brand new silent movies looking to ape its success, but I did really enjoy the film, which in my personal criteria makes it worthy of its accolades.