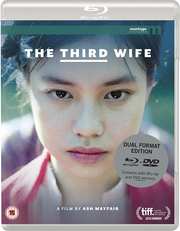 Review for The Third Wife

There’s always something new to look forward to, something different to experience, even if only in a small way. I’m not usually one to pay attention to unsolicited check discs, but occasionally a distributor sends out a title that I just have to take a look at. When it’s a company like Eureka sending out check discs, it really is worth my while, as they rarely tend to release anything superfluous or of materially low quality. Even if I don’t like it, it will have been worth watching. So yesterday, I saw my first Vietnamese feature film, thanks to Eureka. That’s a sentence I never thought I’d type. 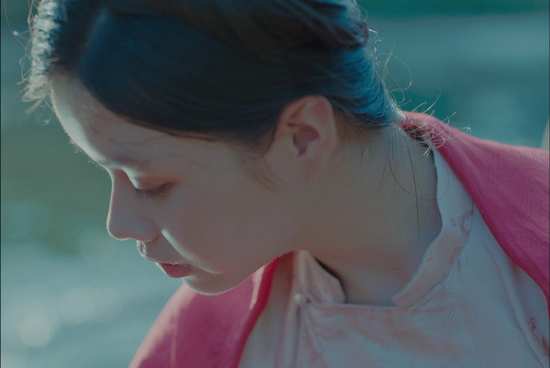 It’s late 19th Century Vietnam, and 14-year old May has just become the third wife to a wealthy landowner. When she joins his extended family, she enters a world where the women, his wives have control over the household and day to day affairs, in a hierarchy defined by which wife gives him male heirs. But they are all constrained by a parochial system that determines who they marry and where they live. As May learns more about the system in which she lives, she struggles to break her bonds and chart her own path. 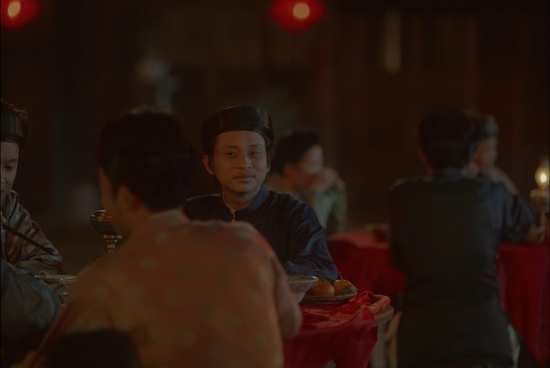 The disc boots directly to a static menu, and the sole extra is the 2:10 trailer. The first run release should also come with a booklet in the case. The film is presented in 1.66:1 pillarboxed 1080p with optional DTS-HD MA 5.1 Surround and PCM 2.0 Stereo Vietnamese plus English subtitles. The first shot of the film, fading in from black should provide warning of how disappointing the image quality will be. There is so much banding that it looks like a jpeg from the mid-nineties for the first couple of seconds. Subsequently, you get a film which shows its digital origins more than most, clear and sharp throughout, but lacking in contrast, feeling a little overexposed, with shadow detail lacking. It’s a shame as the film is composed with exquisite cinematography, warm and contemplative, a delightful use of colour and its rural settings. The audio is fine, the music is mellow and naturalistic, yet in keeping with the tone of the story. The surround is adequate, atmospheric if not exactly immersive, and the subtitles are accurately timed and free of typos. One disappointment is that the occasional folk song lyrics aren’t translated. 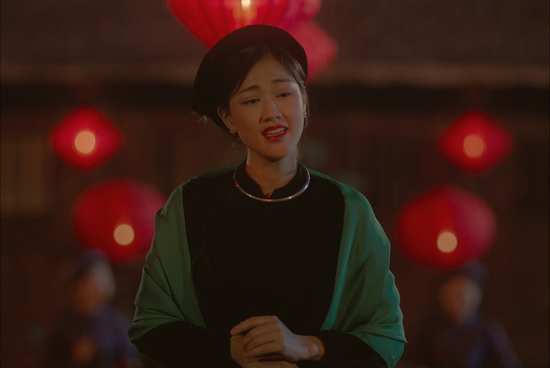 The first run release also comes with a 16-page booklet with a very interesting interview with director Ash Mayfair, conducted by Dave West, News Editor of NEO. It goes into the background of the making of the film, and is well worth a read. 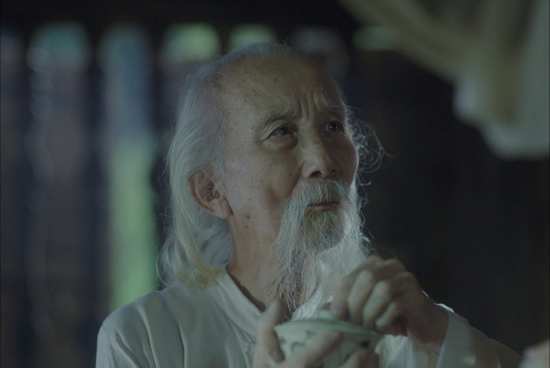 If you take a soap opera, base it on a true story, and give it a thoughtful script and rich production values, you end up with something Shakespearean in execution. The Third Wife is definitely worth watching, examining aspects of society which are still prevalent today, even though this film is set over a hundred years previously. Children are still married off today, denied the chance to mature, to get an education, all in the name of perceived societal obligations and ancient traditions. This film also courted quite the controversy in its native Vietnam, and I assume overseas as well, casting in the title role Nguyen Phuong Tra My. She was just 13 years old at the time of filming, and scenes of intimacy more than raised eyebrows. I can say that there is nothing explicit in the film, the story is told through careful cinematography and well-designed implication, and if the story doesn’t make you as uncomfortable as hell, there’s something wrong. 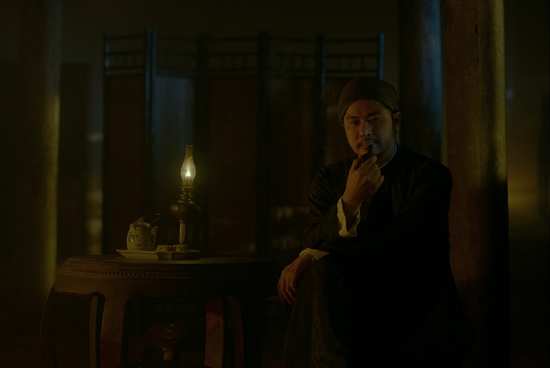 The Third Wife really looks at this microcosm of society through the eyes of the women, which is a little odd at times. We meet May on the day of her wedding, which quickly transitions to the first night, when she loses her virginity to her new husband. Through the film, the husband is pretty much a non-personality, either there to seek the warmth of his wives, or an aloof presence in the background of the story. While he is the head of the household, decisions and pronouncements are made by his elderly father. His first wife Ha is the first among the wives as well, as she has given him one son. His second wife Xuan has given him three children, all daughters, and when May quickly falls pregnant, she quickly loses her temporary position as her husband’s favourite, his newest plaything. 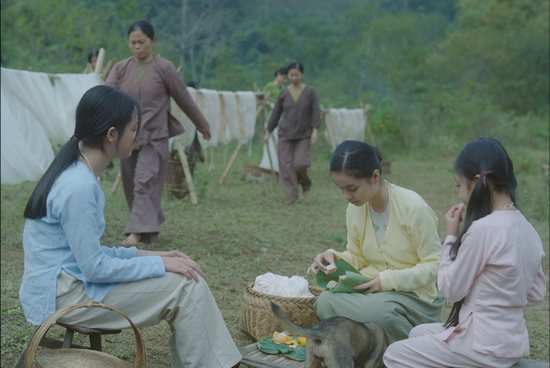 It’s not just the three wives jockeying for position. In a polygamous family like this, there’s more than one illicit relationship going on, and at first May tries to follow the path of a dutiful wife, going as far as praying that she alone will give birth to a boy when Ha also falls pregnant. But when she awakens to her true feelings, she starts to re-evaluate her place in the world. At the same time, more marriages are in the air, although Ha’s son is reluctant to marry a stranger as is the tradition. Xuan’s two eldest daughters are of interest too, with Lien closest in age to May, and becoming an adult, expected to marry soon. Nhan on the other hand is more of a tomboy, and indeed declares that when she grows up, she’ll be a man, and be the one to have multiple wives. 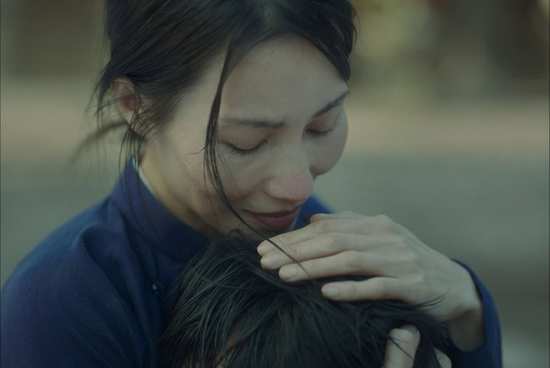 What makes this film notable is the context in which the story unfolds, one of tradition, and one that fits in with the cycle of life. The world revolves around birth and death, evident in the natural world around them, in the livestock that they take care of. Calves are born, old cows are put to sleep, chicken are slaughtered for food, and silkworm cocoons are harvested and spun into silk. So boys and girls are expected to marry young, have babies, and keep the world turning, and feelings like love and desire are just superfluous to all that. 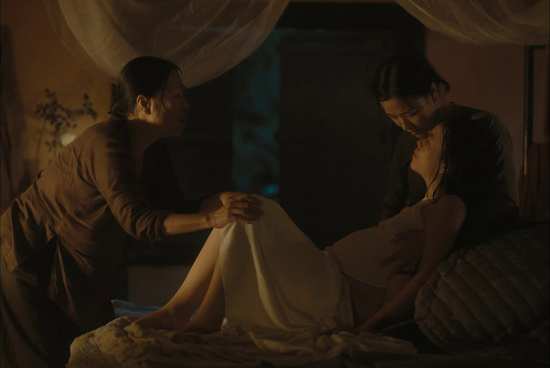 May is the protagonist of the film, yet just as trapped in this cycle of tradition. Despite the contemplative pace, the vivid imagery of the story, The Third Wife is ultimately a tragedy and for many of the characters. We may invest in May’s struggle against the constraints of her society, her search for true love and freedom, but her path ultimately leads her to contemplating the worst decision. It could be a depressing conclusion, but the film leaves us on a scene of young Nhan, the little tomboy performing the act of defiance that is the one genuine chance for freedom she has. The Third Wife isn’t an easy film to watch, as despite its period setting, its story is still a contemporary one. It’s food for thought that might be a little hard to swallow.