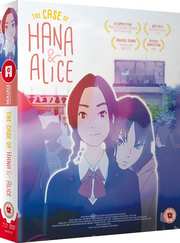 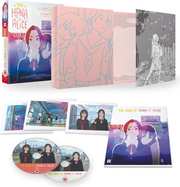 Review for The Case of Hana & Alice

In 2004, director Shunji Awai made the movie Hana & Alice, a tale of best friends in high school who both fall for the same boy. In 2015, he made this prequel, The Murder Case of Hana & Alice, presented in the UK by All the Anime as The Case of Hana & Alice, detailing how Hana and Alice first met. It’s an anime film with a twist, taking a leaf from Flowers of Evil’s book when it comes to its atypical animation style. You might wonder why the prequel was animation, when the original film was live action, but Shunji Awai kept the same cast for both films, and actresses who could pass for high school girls in 2004, surely couldn’t be expected to play middle school girls eleven years later. But they can if their performances are captured and rotoscoped, or replaced with CG models. 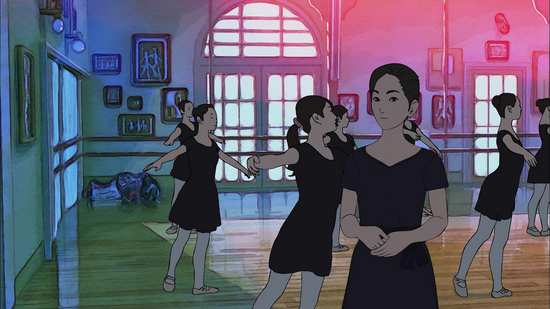 Tetsuko “Alice” Arisugawa is coming to terms with moving to a small town following the breakup of her family. She’s moved with her mother to a new neighbourhood, a house opposite a peeping oddball. Her new school might be promising if her mother would stop flirting with the science teacher, but she gets a curiously vacant desk in the middle of the class, one of two, and is ignored by every student in that class. It’s not bullying; not when all it takes is an exorcism by the class oddball, Mutsu to remove the curse of that seat and make Alice acceptable to everyone. 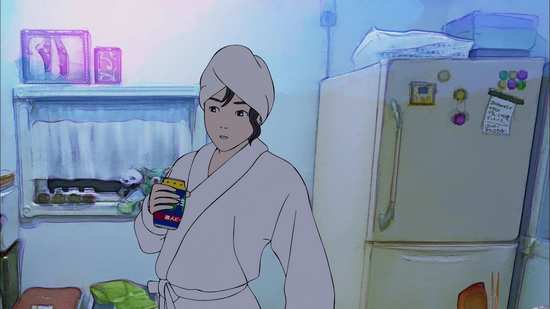 It’s then that she learns the story of Judas, the boy who originally sat there, who had four wives, and who was killed by Judas when poisoned by Anaphylaxis. It sounds absurd, but it turns out that there is a witness, just one witness left, Hana Arai, the shut-in who lives opposite Alice in a house overgrown with flowers. 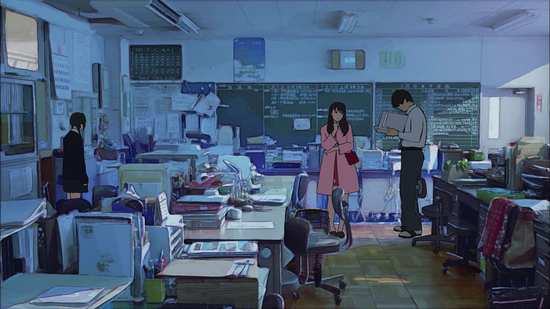 The Case of Hana & Alice gets a 1.78:1 widescreen 1080p transfer on the disc. The image is clear and sharp, colours are strong and consistent, and there is no sign of banding or compression. Detail levels are excellent, with the sense that they rotoscoped the world along with the actors. Hana & Alice is on a whole other level compared to Flowers of Evil, especially when it comes to the detail in the characters, and the sense of 3D immersion in the world. No doubt that is helped by the use of CG characters as well as the rotoscoping. The colour scheme to the movie is warm and bright, you occasionally get a rose, or red filter to the side of the image that gives it an ethereal, fairy tale feel. 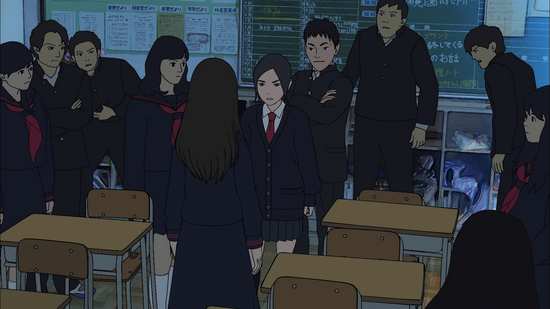 This is a French UK co-release from All the Anime, and so you get DTS-HD 5.1 Surround, and DTS-HD 2.0 Stereo French and Japanese, with the choice of French and English subtitles, all locked during playback. The audio is fine, the dialogue is clear, and the surround nice and immersive without being overbearing. The subtitles are accurately timed and free of typos, although I did notice a couple of missing captions at 25:28 and 1:31:27. 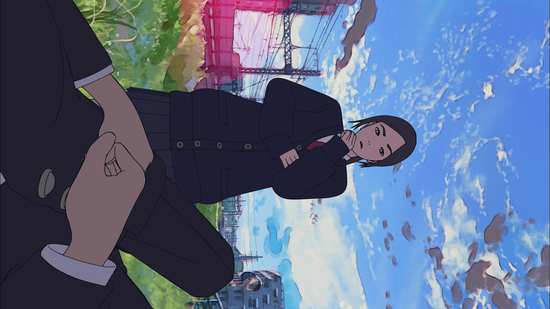 You get two discs in a digipack, the Blu-ray and the DVD version of the film. The digipack fits inside a chipboard slipcase, in which you’ll find three small artcards, and a 20-page booklet, jam packed with info and art from the film, staff interviews and the like. Frankly, I wish it was a 40-page booklet. Some middle-aged anime fans are being prescribed reading glasses, and don’t appreciate microscopic fonts as much they used to. The whole kit and caboodle slips in an o-card slipcover. 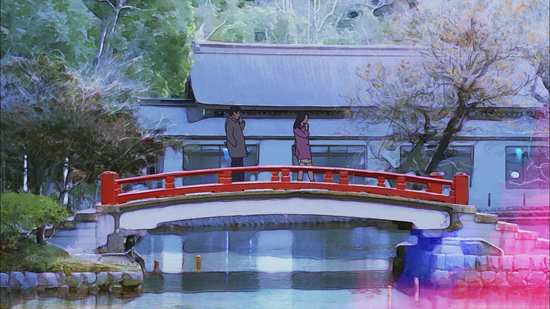 The disc boots to an animated menu, which uses the full Murder Case of Hana & Alice title, instead of the shorter one on the packaging.

The sole extra on the disc is an extensive interview with director Makoto Shinkai, on his impression of Shunji Iwai’s film. The US Region A release from Shout! Factory has this as well as interviews with the director, the cast, a couple of stage events, and the film’s trailers and TV Spots. 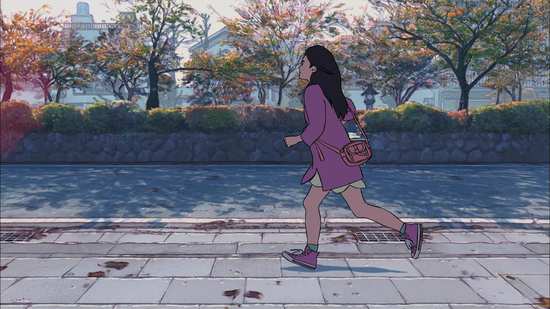 You can see why Anime Limited dropped ‘Murder’ from the title of the film, as it might raise expectations that the story really can’t fulfil. While there is a mystery to be resolved in the story, this is a teen comedy drama, a little bit of slice-of-life and gentle soap opera, rather than an angst ridden thriller. It will be released in the US in September 2019 under the same name. Nitpicking the title aside, I really enjoyed the Hana & Alice anime, a delightful coming of age story, the formative friendship, and the quirky sense of humour. 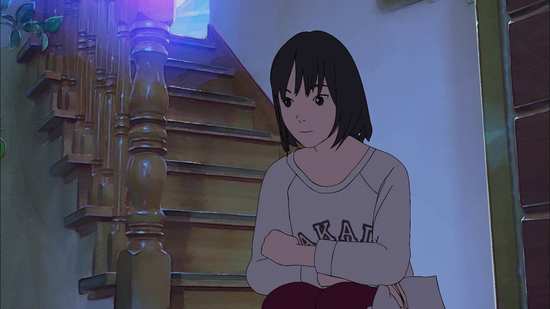 It’s deceptive at first though, as the first act follows Alice alone. She’s moved with her mother to a small town, and the first thing that she notices is Hana peeking at her through the curtains of the house opposite. It’s a little unsettling to be spied upon, but nowhere near as unsettling as starting at a new school, especially a school where it seems that she’s just not welcome. The film does look as if it’s going in a completely different direction in the first act, with Alice practically isolated and ostracised by the class. 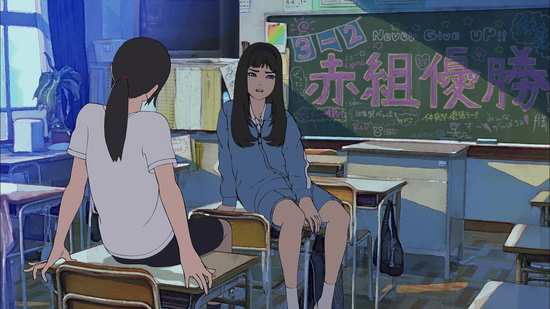 There are two empty seats in the middle of the classroom on the first day that she starts, and when she tries sitting at the one towards the rear, she’s vehemently prevented from doing so, while her eventual seat is the one that causes the standoffish behaviour in everyone else. You might have expected a dark drama at this point. It was only the colour palette to the animation, and the music soundtrack that really distinguished it from the angst ridden histrionics of Flowers of Evil. But slowly the story starts to come out, the rumours surrounding the fate of a boy the previous year, and how few facts remain in evidence. 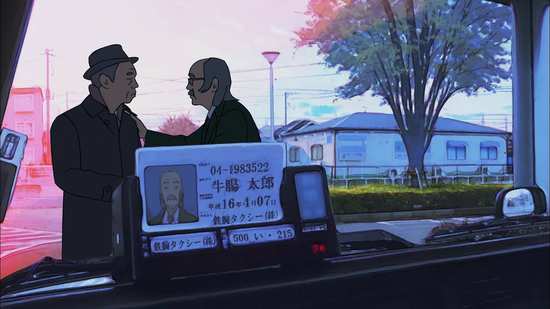 It’s when Alice learns that the one witness, Hana is the curtain twitcher living in the house opposite, that she’s been absent from school for over a year, that she decides to get to the bottom of the mystery. That, and the fact that the mysterious boy turns out to have lived in her house before she and her mother moved in. It doesn’t do to inherit a bedroom from a ‘dead’ boy. Hana is an antisocial shut-in at this point, so Alice has to be pushy to get her attention. But once Alice tells her that she wants to find out what happened to ‘Judas’, Hana sees a chance to lay to rest some of her own ghosts. Alice is a fresh face in town, someone no-one knows, and Hana can use her to ask the questions, investigate where she would be recognised, to ashamed to be seen. 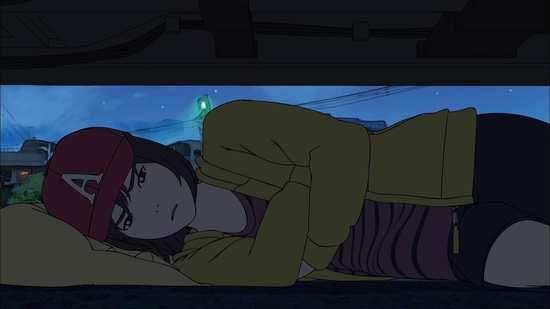 She can’t trust Alice to get it right, so she actually ventures out of the house to tail her, to keep her on the right track via mobile phone. The first step is to contact the boy’s father, to see if he actually still is alive. The first thing that happens to Alice is a case of mistaken identity, and a comedy of errors ensues, one that entails Hana having to meet up with Alice so that they can work directly together to discover the truth, and so a friendship forms. 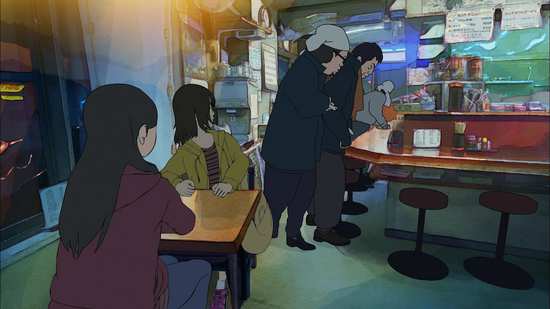 The Case of Hana & Alice is a whole lot of fun to watch, once it gets going. You do spend the first act wondering just when Hana is going to show up, and there are a couple of moments where the film can feel disjointed, as when Alice’s dad shows up for a visit. The characters are rich and vivid though; it definitely feels like a well-dimensioned and lived in world. Once Alice and Hana do meet, the story quickly gets into gear, and you get a wonderful mix of light drama and truly unexpected comedy. I certainly didn’t expect to laugh as much as I did with this film. Now I really do wish that someone would license the original Hana & Alice live action movie and bring it to English speaking territories.