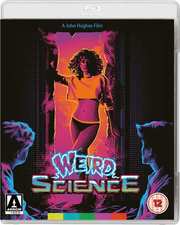 I wasn’t planning to get this, but the question of medium started gnawing at me. When I was a little nipper, I didn’t care about the medium. I loved a movie whether I watched it in the cinema, or watched it on a worn out VHS tape, plagued with tracking lines over an image sourced from a badly tuned TV with herringbone analogue interference. But now, what I watch has to look as good as possible, although I wonder if that has something to do with the binary nature of digital. Somehow a snowy, staticky analogue picture isn’t offensive as one pixel glitching in a digital image. I got the 30th Anniversary Perfect Edition of Weird Science some years ago, and found it to be the second worst Blu-ray I had ever bought (it’ll take a lot to beat High Road to China). No extra features, and an image destroyed by DNR made a bad film worse, as I found that of all the John Hughes movies I have seen, Weird Science’s story had dated the most. I wasn’t going to get it even if Universal fixed its issues. 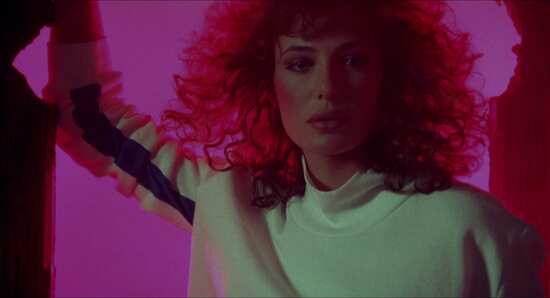 However, in the end it was Arrow Video that saved Weird Science, giving it a brand new 4k scan from the original camera negative, and packing the disc with extra features galore. In short, they gave the film the love, deserved or not, that they give all of their boutique label titles, and I just couldn’t resist. I had to see if a quality release could make me love a film that I had disdained the last time I saw it. 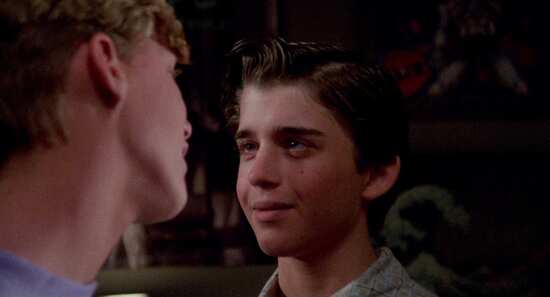 Gary and Wyatt, best friends have dreams, dreams of being popular, dreams of scoring with girls, dreams of showering with the school girls’ gymnastics team. Alas, they’re dweebs, with no friends, no confidence, and no existence in school, except for the school bullies Ian and Max, who are happy to momentarily reveal their deficiencies for all to see. But if charisma is lacking, intelligence isn’t and science might just compensate. Wyatt’s parents are out for the weekend and Gary’s sleeping over, and confronted by Wyatt’s birthday present, a cutting edge home computer, he decides that if they can’t get a girl, they’ll simulate one. Only the girl that they create, Lisa, is no mere simulation... 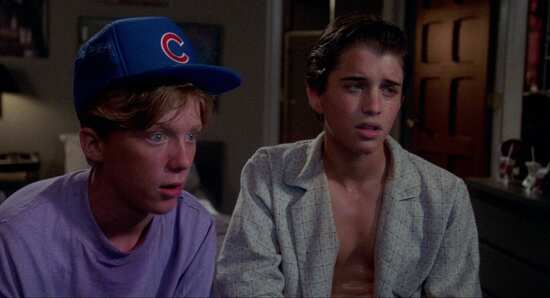 There are two versions of the film (or rather three) on this disc with the Theatrical Cut running to 94:00, while the Extended Edition restores two scenes to the film, and is longer at 96:38. For the purposes of this review, I watched the extended version. 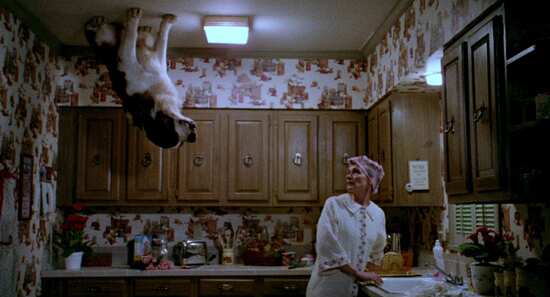 Weird Science gets a 1.85:1 widescreen 1080p transfer taken from a 4k restoration, and you have the choice of DTS-HD MA 5.1 Surround English on the Theatrical Version, and DTS-HD MA 2.0 Stereo English on both versions, with optional HOH English subtitles. The image is astounding. The picture quality really does impress, it’s clear and sharp with well-balanced, natural (eighties) colours. There is an organic Brownian motion of film grain and there is certainly no sign of compression. The DNR’d colour banding that so plagued Universal’s release is gone here; only smooth colour gradients. The audio too is excellent, really vibrant and as immersive as stereo can get, given a little Prologic, with the action coming across well, while keeping the dialogue clear. The film also gets a choice selection of pop music to tap your feet too, including that iconic title track from Oingo Boingo. 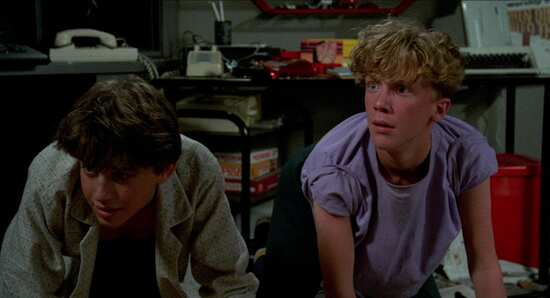 Extra features and then some! The 30th Anniversary Perfect Edition should have been prosecuted for false advertising, but this release from Arrow, simply titled Weird Science has so much that you’ll need a few days to make your way through it. I managed to pick up the first run release, which offers one BD disc in an Amaray case, with a reversible sleeve, offering the original video release art, and the newly commissioned artwork. You’ll see that new art also on what I can only describe as a soft-touch o-card slipcover. Also in that first run release is a 44 page booklet with a couple of essays from Alexandra Heller-Nicholas and Amanda Reyes, along with stills and production art. 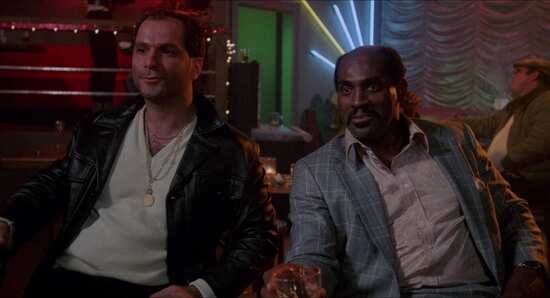 And on the disc, which boots to an animated menu you’ll find the following...

The Edited-For-TV Version is just that, the film for a third time, sanitised for delicate viewers. This is presented at 1080p scaled up from 480 lines and at 4:3 aspect ratio with DTS-HD MA 2.0 English audio and optional subtitles. Should you not want to sit through the whole 94:06 runtime, there is also a Split Screen Comparison which lasts 18:16 and looks at all of the changes.

Additional Scenes lets you see the two scenes added to the extended version in isolation. This lasts 2:45. 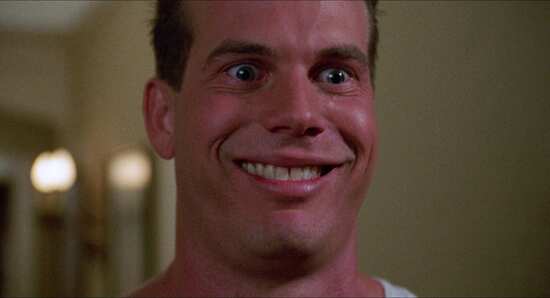 The following interviews are new to this release. 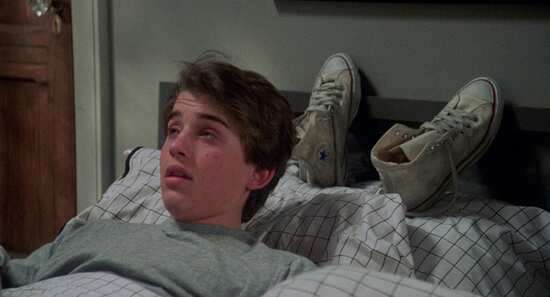 You get the Theatrical Teaser, the Trailer, several TV Spots and even more Radio Spots promoting the film.

Finally there are three Image Galleries to click through, looking at the Shooting Script, Production Stills, and Poster & Video Art. 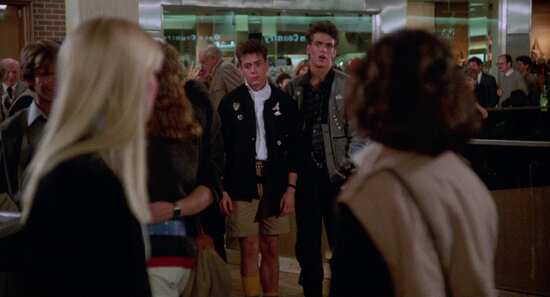 Without the distraction of a horrible transfer, I had the freedom to devote my full attention to the film last night, and I had to re-evaluate my opinion from five years ago. I found the inner teenager that first saw this film, the geek who briefly contemplated sticking a couple of crocodile clips into the back of my ZX Spectrum and making a Kelly LeBrock of my own. That teenaged me loved Weird Science, and he was poking his head up from time to time last night as I revisited the movie at an age where I really should know better, living in a 21st Century society where the juvenile and relatively harmless attitudes of this film’s characters have evolved into something a lot more offensive and indeed dangerous today. Objectification and misogyny isn’t as funny today as it was back in 1985, and in some strange ways society actually felt more equal then. And yet, I enjoyed Weird Science last night... after a fashion. 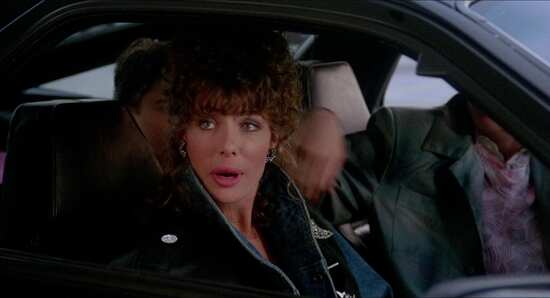 Weird Science is very much a guilty pleasure now, and while its attitudes may have dated, its humour has dated even more. Comedies are meant to make you laugh, not wince, but watching Chet and Wyatt visit a bar with Lisa... the teeth marks are yet to fade from my knuckles. 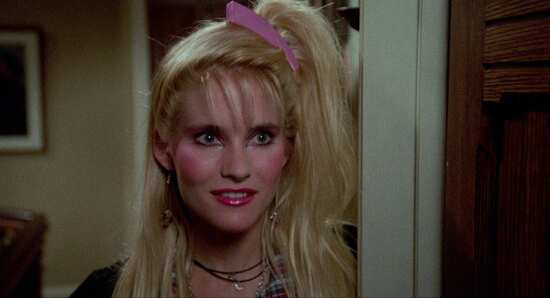 Weird Science is about the most constant of teen issues, the base from which all teen angst springs, it’s about sex. It’s about sexual awakening, boys becoming men, the awkward pursuit of girls and all that surrounds it. For the teen movie maker, it’s like shooting fish in a barrel, and every generation has its teen sex movie, whether it’s Porkies, or American Pie. Weird Science isn’t a particularly strong entrant into the genre, but it is memorable, and it is fun. 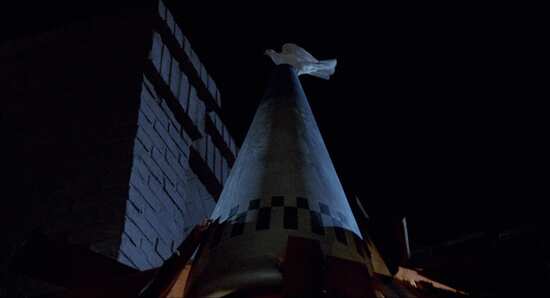 Most of that is down to Kelly LeBrock as the perfect girl Lisa, who has one of the most memorable screen entrances in my recollection. She’s a devilish personality who will do whatever it takes to reveal the inner hunks lurking in the hearts of our two heroic geeks, no matter the collateral damage that results. Watching Weird Science, you can see where Liz Hurley got her take on the Devil in the Bedazzled remake. What also makes the film better is the supporting cast, with Robert Downey Jr. making an early impact as one of the bullies, Ian, and Bill Paxton as Wyatt’s obnoxious extortionate brother Chet. 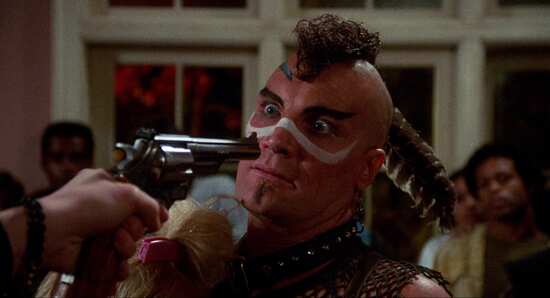 Weird Science has its moments, it’s still memorable, and it is funny, but after all this time it’s become a movie that you laugh at for its cheesiness, rather than laugh at in knowing understanding of its main characters’ issues. It may be the most fundamental of teenage issues, it’s a movie about two rich kids wanting to get laid, and coming up with the most extravagant method of actually doing so. But there’s nothing else to it than that, and it lacks the heart and honesty of a film like American Pie, or even the anarchic and saucy humour of Porkies. 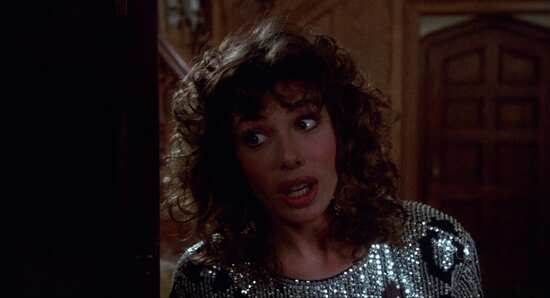 In the end a decent transfer and quality curation makes all of the difference. That Universal Blu-ray was so bad that I had made the decision never to watch that disc again, and had also decided never to buy the film again. This Arrow release changed my mind though, as the film looks great, good enough that it uplifts it into my “so bad it’s good, guilty pleasure” category. And while I have to be in the mood to watch a guilty pleasure like this, with all of the extra features this film gets, it can actually be more rewarding to watch people talk about making the film. This is still the worst John Hughes movie I have seen, but I’m now glad to have it in my collection.