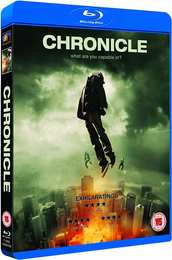 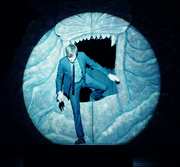 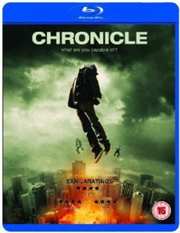 I’ve avoided ‘found-footage’ movies thus far. Mostly that’s because I’m not a fan of horror movies, and it’s the horror genre in which the found-footage format has thrived and grown, beginning with the original Blair Witch Project movie. Grainy video footage and images of runny noses and whimpering, badly framed teens never appealed to me. Cameras have become a lot more ubiquitous and of high quality, practically everyone has one built into their phone, which all opens up the creative possibilities for filmmakers going down the found-footage route for their storytelling. A few years ago, other genres started getting in on the act, with Cloverfield a found-footage sci-fi. That’s a genre I can really get behind. I’ve finally shelled out some of my own money for one of these movies now, as I take a look at Chronicle, a found-footage sci-fi superhero movie. 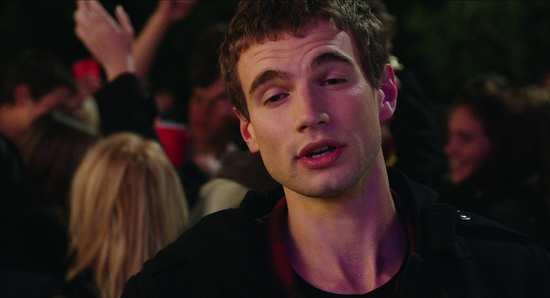 Andrew Detmer isn’t your typical teen. He’s shy, introverted, is bullied at school, doesn’t have many friends, his mother is bedbound with a chronic illness, and his dad’s an unemployed drunk who likes to beat on him. That’s one of the reasons why he’s started videoing his entire life, recording everything that happens to him. One friend he does have is Matt Garetty, his cousin, and Matt convinces him to get out of the house, go to a party for a change of scene. It’s as much of a bust as you would expect, but then Matt’s friend Steve Montgomery shows up, asking for Andrew to bring his camera into the forest. Matt and Steve have found something weird that they want to get down on tape. There’s a hole in the ground making a weird noise, and it leads to a cave with a glowing crystal... 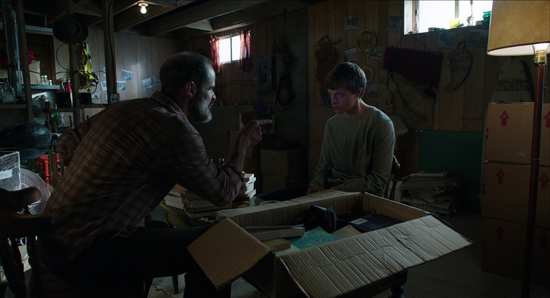 Later, Andrew has a new camera, and he’s filming the three of them practising with their new, telekinetic powers.

This disc has the theatrical version (84:10), and the director’s cut (89:36). I watched the latter for the purposes of this review. 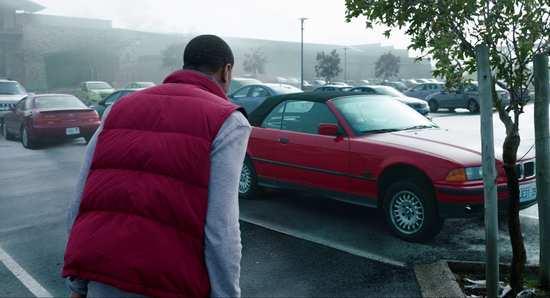 Chronicle gets a 1.85:1 widescreen 1080p transfer with DTS-HD MA 5.1 Surround English audio. You also get DD 5.1 English Audio Descriptive, Spanish and Portuguese, as well as DTS 5.1 Surround French, German and Spanish. There are subtitles in these languages as well as Danish, Dutch, Finnish, Norwegian, Arabic and Turkish. This being a found footage film it all depends on the quality of the camera and the quality of the cameraman. Made in 2012, the image quality is really quite good, although at times it does feel a little theatrical, in terms of lighting and staging. Of course when your cameraman develops telekinesis and no longer needs his hands to hold the camera, you really are free to get as cinematic as you want. The audio is great, suitably immersive and once again, respecting the conventions of the genre. Any music that you hear will be playing on a device in the world, but you still manage to get quite the eclectic soundtrack in the film. 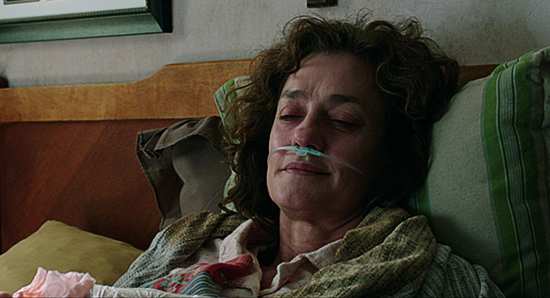 You get one disc in a BD Amaray. The disc will autoplay trailers for This Means War, and The Three Stooges before booting to an animated menu, and it’s a disc that will hold position in player memory after being ejected.

You get one deleted scene running to 1:10.
Pre-vis lets you see the effects in CG animatic form for 7:48.
There is a 3:58 Camera Test.
The spoiler filled Theatrical Trailer runs to 2:08. 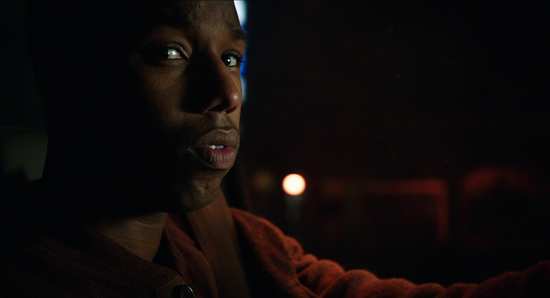 I’ve steered clear of western mainstream cinema for quite some time now, tired of rehashes and remakes, well-worn clichés and tropes. I doubt that they’ve gone away, but it’s nice to dip a toe back in to Hollywood and come up with something as refreshing as Chronicle. It does play with well established ideas, the found-footage combined with sci-fi and the superhero comic-book genre, and the story isn’t too esoteric either, concerning absolute power corrupting absolutely. But in combination, it all makes Chronicle feel fresh and original. 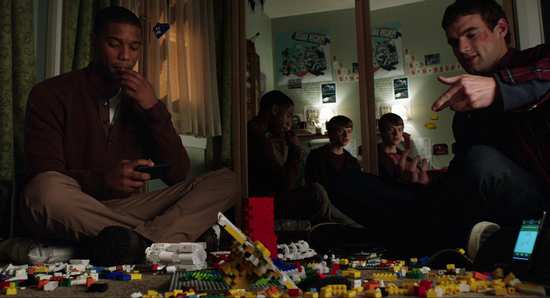 Teen angst, isolation and rebellion have been the driver of many a Hollywood movie, and there are moments where everyone feels alone. Even the most unlikely of characters will have this in common, which makes the central three characters so likeable and believable, despite their differences. Andrew is the classic, moody loner, ground down by a harsh home life. Matt is cool in comparison, but sees through the ‘fake’ world of high school, and sees everyone beneath him, especially as he’s now discovered philosophy. Steve is the popular kid on campus, but even his life isn’t perfect. When the three discover the strange crystal in the cave, they all gain this power which gives them something in common, and strengthens their friendship. 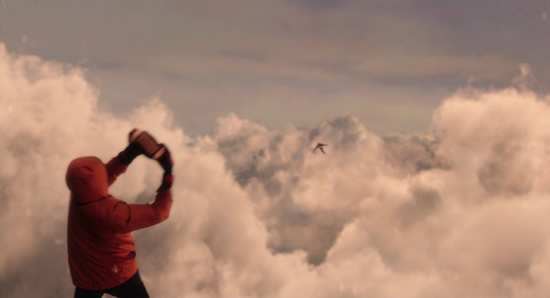 Mind over matter is a power with plenty of possibilities, as we learn as the film unfolds. There’s the sense of wonder that comes with accomplishing something fantastic, especially when they learn that even flight is possible. Teenagers being teenagers, there’s also the prospect of all the pranks that can be played, and the warning signs when one prank goes too far, and they realise how their powers are double edged swords, especially as they continue to grow in strength and capability. 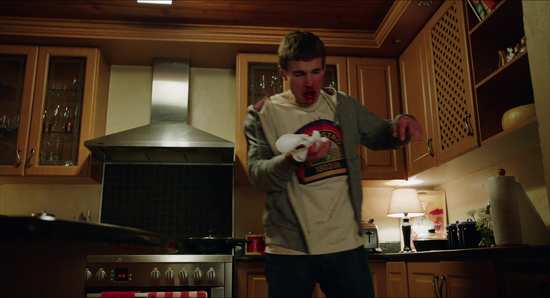 What makes the film so appealing is that Andrew, Steve, and Matt represent three aspects. Andrew’s harsh home life, and suffering at the hands of his father, means that he sees the most freedom with these powers, the chance to take control of his own life, and leading on from that, taking control of the world around him. Matt’s philosophical bent, his questioning of the world and his place in it, as well as a positive relationship he has with a girl named Casey, means that he has a sense of the responsibility he bears with these powers, and he’s the first to impose some rules on the friends. Steve on the other hand comes from a neutral place; he wants to have fun with his ability, to improve his life without impacting on anyone else. As their powers grow, their differing perspectives pull them in different directions, with tragic consequences. 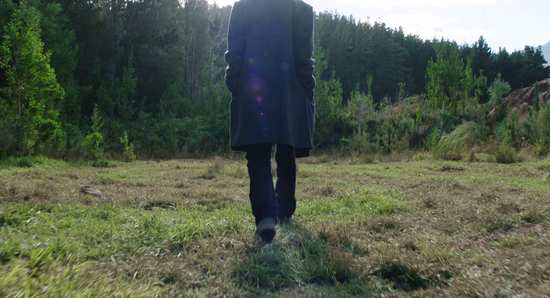 I really enjoyed Chronicle. It was a breath of fresh air. Modern cameras are good enough to make found-footage watchable, and the special effects in this film are mostly seamless and of excellent quality throughout. But what really make this film stand out are the characterisations and the writing. It’s a great idea for a movie, executed to wonderful effect.