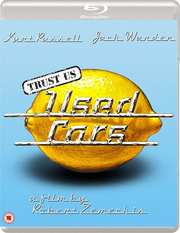 For me, Robert Zemeckis and Bob Gale are synonymous with Back to the Future, so despite the fact that I have seen and enjoyed Used Cars on several occasions, it came as a surprise this time when I learned that Robert Zemeckis had directed, and Bob Gale had written Used Cars some five years previously. It’s about as far from Back to the Future as you can get, and in some ways, a typical eighties film comedy from Hollywood, complete with random flashes of breasts, and occasional non sequitur sex scenes. But in a more fundamental way, Used Cars was quite atypical as well, creating a template for a Hollywood genre that we would see more of as the decade progressed. 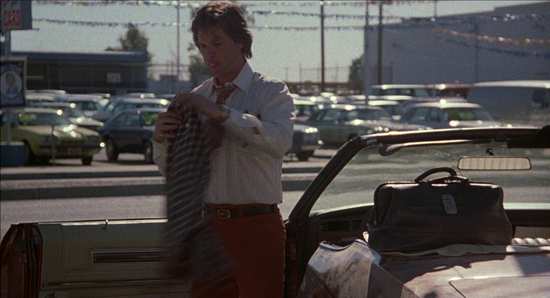 Luke Fuchs owns a rather dilapidated used car lot next to a major road; a kindly, easy-going man who stands in contrast to his ace employee Rudy Russo, a sharp suited, fast talking shyster who can sell a car to anyone that he can get onto the forecourt. But across the road is a bigger, glitzier, more upmarket car lot owned by Luke’s brother Roy L. Fuchs; a more mercenary and greedy man who keeps a politician in his pocket to benefit his business. 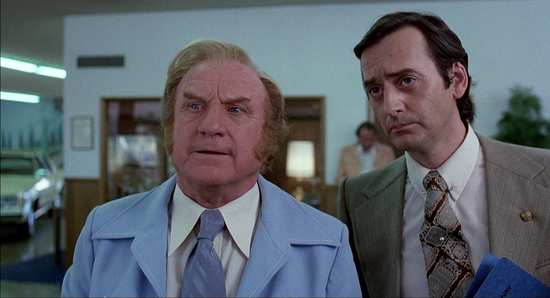 After all, there is a freeway coming, and whoever has access will have the biggest used car business around. The problem is that the off ramp will cut through one of their businesses, and in a rare moment of fairness, the Mayor has routed the off-ramp through Roy’s business. That means Roy will have to get Luke’s business if he is to survive, even if he has to inherit it. But Roy hasn’t counted on the wily creativity of Rudy Russo, who has political aspirations of his own, and he hasn’t counted on Luke’s long estranged daughter Barbara coming back into Luke’s life, just as Luke is exiting it. 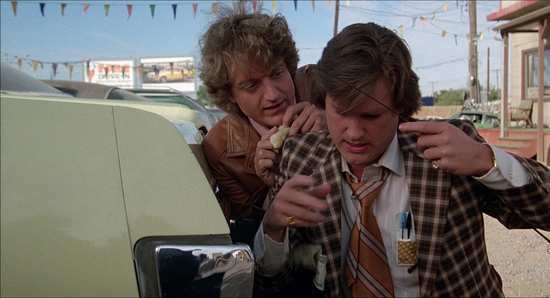 Used Cars gets a 1.85:1 widescreen 1080p transfer on this disc, which looks pretty good for the most part, unmarred by too much in the way of processing, looking suitably filmic and organic as it should be. Detail levels are good, colours are strong and consistent, and there was no sign of compression that I could see. There is the odd fleck on the print, but the most notable issues come at 9:14 into the film, and 96:59, a couple of scenes that look scaled up from an SD source, excessively soft and of low resolution. You have the choice between PCM 2.0 mono English and DTS-HD MA 5.1 Surround English. The mono is more authentic to the original theatrical experience, but the surround track is almost as front focussed, and actually sounds a little brighter than the PCM track. 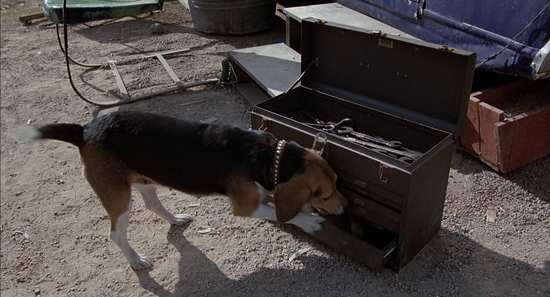 The disc boots swiftly to a static menu and the first run of the release will also have a collector’s booklet in the case. I’ve had a look at a pdf file, and it’s well worth a read, featuring an essay from Phil Hoad on the film, a piece from Scott Harrison on Kurt Russell’s career at that point, and a reprint of Pauline Kael’s review from 1980. 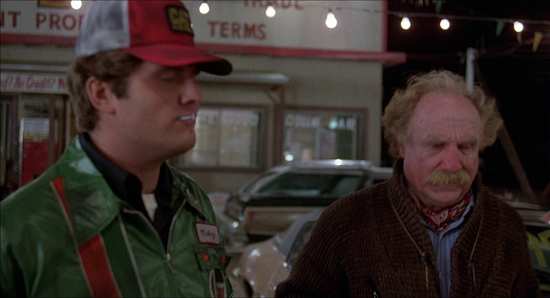 The audio commentary with writer/director Robert Zemeckis, writer/producer Bob Gale, and Kurt Russell (Rudy Russo) is great fun to listen to, although I suspect that it was taken from the DVD release.

You have a choice of isolated scores, the original score from Patrick Williams and an unused score from Ernest Gold. 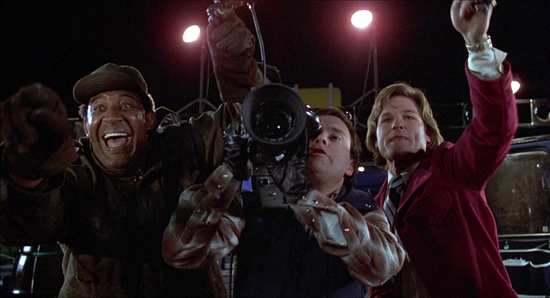 There is a recent interview with Bob Gale in “Would You Buy a Used Car From These Men?” Getting Used Cars Made with Bob Gale; a long title for a 27:11 featurette.

In Radio Promotional Material you get an Interview with Kurt Russell lasting 5:03, and 7:57 of Promo Spots, seven in all.

There are four Stills Galleries, a Kurt Russell “Chrysler” TV Spot (0:32), and the Original Theatrical Trailer (1:50). 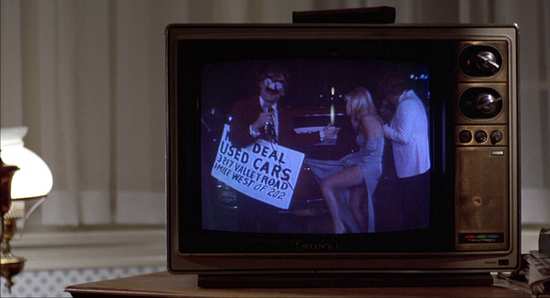 There was a period in the eighties when movies about the American Dream were big business. It was all about making money, making it big, doing whatever it takes, even if it meant cheating. Films like The Secret of My Success, Trading Places, and Brewster’s Millions were mainstays of the cinemas and the video rental shops, culminating in the “Greed is Good” ethos of Wall Street. It was all about Reaganomics, about getting what you deserved before someone else had a chance to take it. You could call Used Cars an early, if not the first film in that particular genre, only it was made before Ronald Reagan was elected, while Jimmy Carter was in office, and the free world had a more liberal leaning. So in its characters, its story and its satire, Used Cars is quite a prescient film. It’s also still downright hilarious, and I was laughing until my sides hurt once more as I watched this Blu-ray. 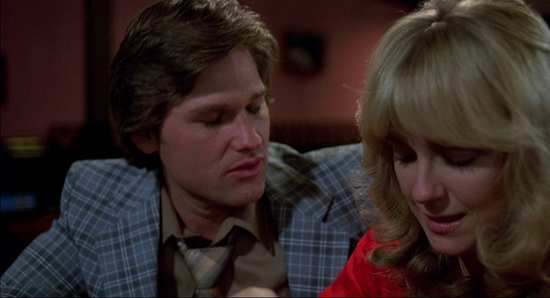 Used Cars comes from a pretty cynical place when it comes to its story and the characters, beginning with the premise that all used car salesmen are conmen, coercing the innocent public into taking junk heaps in exchange for their hard earned cash and a few well-placed tricks. On top of that, all politicians are corrupt, and only in it for the bribe money; which is where we meet our hero, Rudy Russo, devoted to parting suckers from their money to buy his way onto the US Senate, so he won’t have to work as hard for his ill gotten gains. And he’s the good guy in this film. The villain, Roy L. Fuchs on the other hand isn’t above arranging a heart-attack for his brother Luke in order to inherit his business. A quick thinking conman knows just what to do in a case like this; hide the body and pretend the boss has gone on vacation to Miami. There is an element of Weekend at Bernie’s to Used Cars as well. 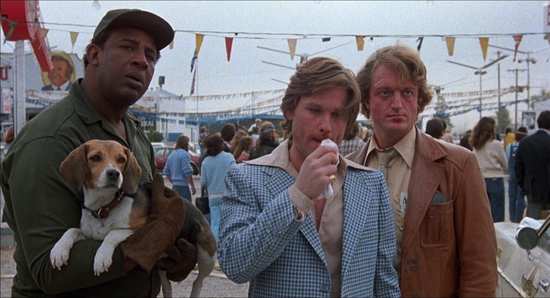 There’s a lot of fun to be had in the way that Rudy schemes to advertise the business, beginning with hacking into a TV broadcast to get some free commercial time. Their first attempt almost goes wrong when the superstitious car-salesman Jeff has his fears triggered, and the glamour model on the car bonnet has a wardrobe malfunction. But it quickly becomes clear that profanity, nudity and sex will sell cars a whole lot quicker than trying to conform to broadcast standards, and their illicit broadcasts get more and more audacious. All the while, Roy plots and schemes and acts, to bring Rudy and his friends down. 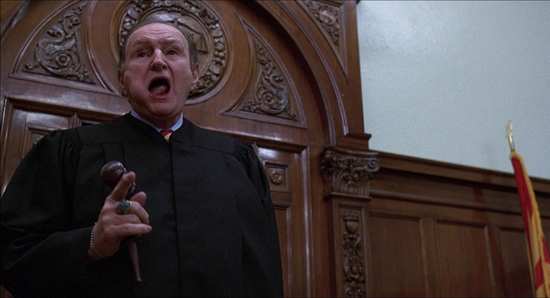 Then a complication arises when Luke’s daughter Barbara shows up, looking to reconcile with her father, and she walks right into Rudy’s con. The plan is to get Barbara out of the way quickly, so they can keep making money, only Rudy winds up falling for Barbara. She’s as pure as the driven snow, honest to a fault, and the last person who you’d expect to run a car lot, let alone inherit one, and you might expect the story to progress in the way that Barbara redeems the inveterate conman Rudy, makes an honest man of him. Instead, Used Cars turns things on its head and instead has Rudy introducing a larcenous streak in Barbara, although if there is a redemptive arc in the film, it’s Rudy learning to pull cons on behalf of someone else, rather than for himself. 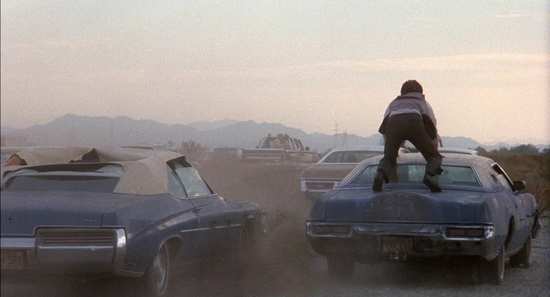 Used Cars is just as hilarious now as it was when I first saw it; more so in fact, as this is the first time I saw the theatrical version, and not the made for TV version. The nudity was always there but this is the first time I got the film’s profanity in all its blue glory. It certainly makes for a better film with the characters sounding more authentic. Other than a couple of minor niggles, Eureka’s presentation of Used Cars is very pleasing, and what better way to revisit this classic comedy?