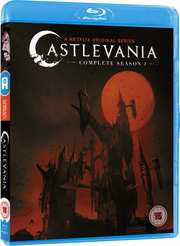 All the Anime release a show which quite frankly is Not the Anime. Castlevania is a Netflix original production, a home-grown animation with some impressive voice talent, and the only connection it has with Japan is that it’s based on the Nintendo videogame of the same name. I know very little about Nintendo videogames, so I’ll have to take this four episode first series at face value. 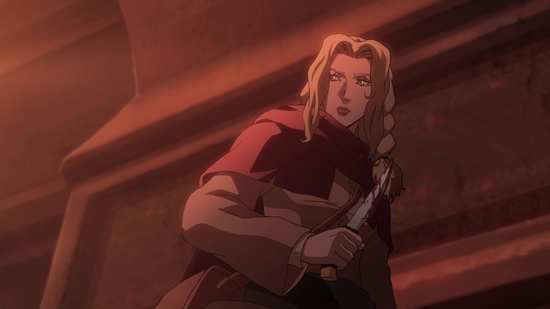 Incidentally, this is one of the rare discs that throw up a compatibility problem. On my Panasonic Home Cinema SA BTT 490, the disc boots to the animated menu, but trying to play any of the content crashes the player. On a newer Panasonic DMP BDT 280 standalone player, the disc works, but the graphics on the pop-up menu during playback are corrupted. 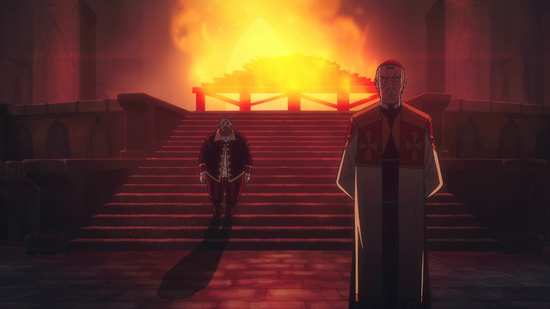 In the middle of the fifteenth century, Lisa was a rational, forward thinking woman unburdened by superstition and irrational belief. She sought out Vlad Dracula Tepes because he was a man of science, wanting to learn from him and pull humanity out of the dark ages in the nation of Wallachia. The reclusive vampire naturally fell in love, and wound up marrying Lisa. And twenty years later, Lisa Tepes was burned at the stake as a witch. The vengeance of Dracula was immediate, but only the prelude. He gave the people of Wallachia a single year to come to terms with their god, before he would purge humanity from the country. 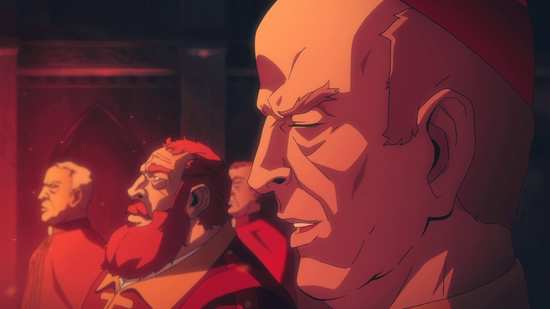 It’s now the year 1476, and Dracula’s dark army rages through the land, purging city after city, while the church uses any convenient target to blame for the demons as long as it cements their power. The family of Trevor Belmont is one such example, skilled demon hunters excommunicated at the church’s whim, made scapegoats in the eyes of the people. Trevor Belmont is last of that noble line, and he’s trying to keep his head down. But his travels take him to a city where the nomadic Speaker Magicians are being persecuted, while there are rumours of an eternal soldier at rest under the city, waiting for times of darkness to rise again. 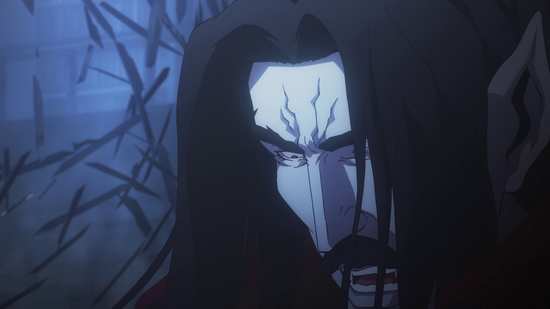 The four episodes of Castlevania Season 1 are presented on this Blu-ray from All the Anime. 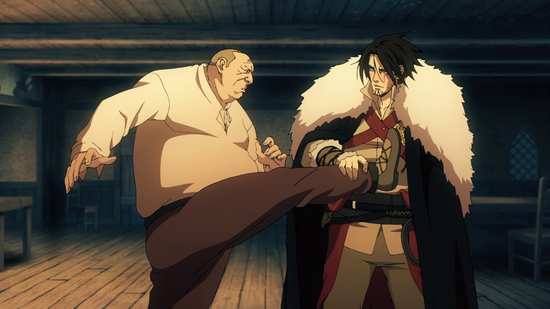 Castlevania gets a 1.78:1 widescreen 1080p transfer. It’s not great. The image is plagued by digital banding to a distracting degree, while there is the odd jerky pan or scroll. It looks like an exceedingly sharp DVD. The animation is a mixed bag too, with atmospheric and imaginative visuals, especially the world design, let down a bit by some rather archaic character designs. The animation in the action sequences is fluid and expressive, but quieter moments, conversation scenes are unimpressive, probably because the character designs take greater prominence in those moments. 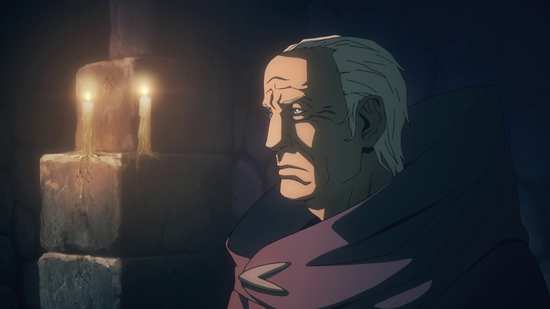 You have the choice between DTS-HD MA 5.1 Surround and PCM 2.0 Stereo English with optional subtitles. The surround is inaccessible to me thanks to that player incompatibility, but the stereo works well enough to reflect the on screen action, while keeping the dialogue mostly clear (there are a couple of incomprehensible Dick van Dyke accents in some of the background characters). I can’t recall anything about the music to be honest. 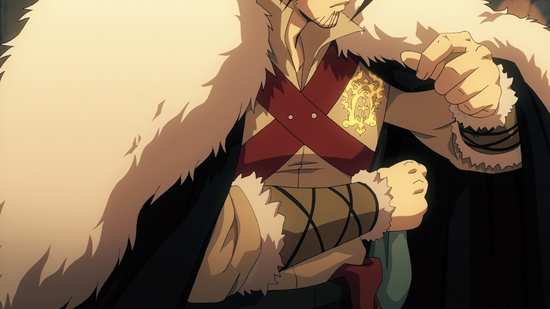 The disc boots to an animated menu. The sole extras are 4:55 of Animatics that allow you to see the storyboards in motion, and speaking of Storyboards, you get four galleries of those, one for each episode. 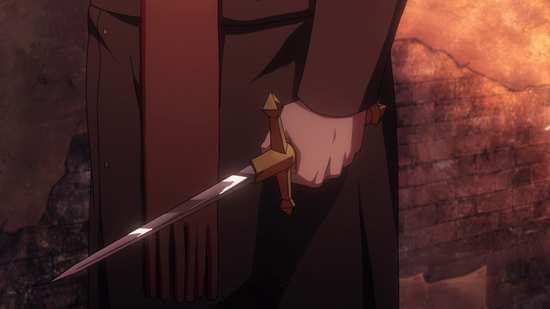 Castlevania Season 1 is this story’s version of ‘how the band got together’, it’s the prologue, the proof of concept, a four episode long ‘dipping a toe in the water’ to see if there is an appetite for more vampire mayhem on Netflix’s servers. Judging by the fact that there is a Season 2, it’s clear that fans bought into Castlevania Season 1 in sufficient numbers to warrant its renewal for a longer 8 episode series, and apparently a third season is in production. 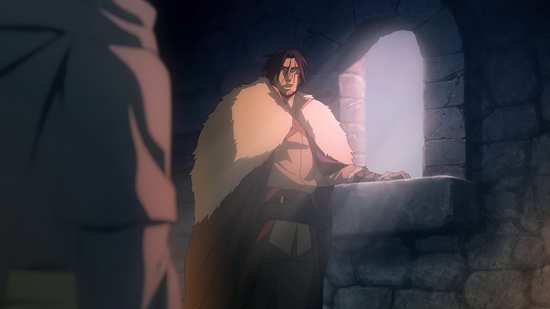 I certainly didn’t appreciate Castlevania at first; its animation aesthetic is a little jarring, and I found it a little hard to reconcile character designs you’d expect aimed at a younger character demographic with blood and gore that might challenge an 18 rating were it live action. When it came to the story, the opening episode seemed rather pedestrian and weak, with Dracula’s love story with Lisa really just glossed over, making his vengeance in her name feel like lip service at best. 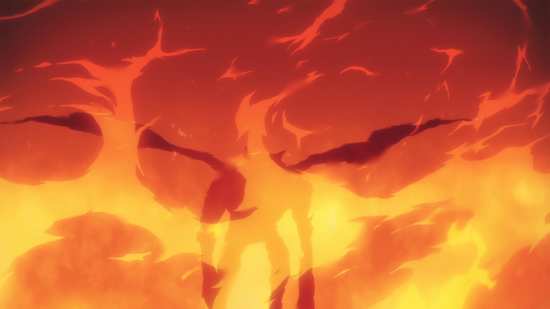 It’s only the second episode where things take a turn, with the introduction of the Trevor Belmont character. It takes much of the episode though to establish his ‘down on his luck’ status, and the series doesn’t really get any momentum until he gets to the city where the Speakers are being persecuted by the clergy, and he takes a stand. In the third episode, his desire to help the Speakers leads him to meet and rescue a young Speaker Magician named Sypha. They quickly develop a light-hearted antagonism, but work together well, especially when in the fourth episode, they find their way under the city to discover the ‘hero that sleeps beneath’ the third member of their would-be team, Alucard himself, son of Dracula. And so we’re in a position to actually begin the story, next season. 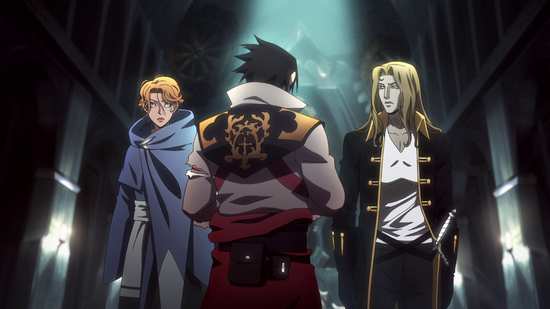 The animation doesn’t look great, the transfer on the disc looks worse, and the pacing is all over the place. It would work if this was a movie rather than four episodes. But, the characters are well written, and the dialogue is snappy. It’s entertaining to watch, and most importantly, has piqued my interest for Season 2.