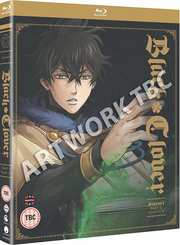 What is there left to say about Funimation, a company that seems to have burned every bridge they’ve crossed in the UK. They’ve tried distributing (successfully I might add) through the UK’s local anime distributors. They’ve tried distributing through the big name studios like Universal and their new owner Sony. They’ve tried going it alone. What that means to UK anime fans right now is that what used to be a Funimation glut is now a Funimation drought, with only the biggest name titles, the biggest sellers regardless of mediocrity likely to come to the UK. It’s also taking an age to sort out, as the big 3 UK distros decide which titles they’ll pick up. My Hero Academia started off at Universal, the second season came out through Sony, and the movie and the third season finally ended up at Manga. All the Anime released part 1 of Twin Star Exorcists last autumn, and the rest of it will only come out this summer in relatively short order. You’ll notice that both titles are of the long-running, Shonen Jump ilk, the guaranteed sellers. Funimation tried going it alone with Part 1 of Black Clover last August, but it’s only now through Manga Entertainment that we get Part 2 of the first season. It’s been so long that I’ve forgotten what the show is about. That turns out to be a blessing in disguise, as I’m compelled to re-read my review, and get a timely reminder to watch the English dub for the sake of my sanity. 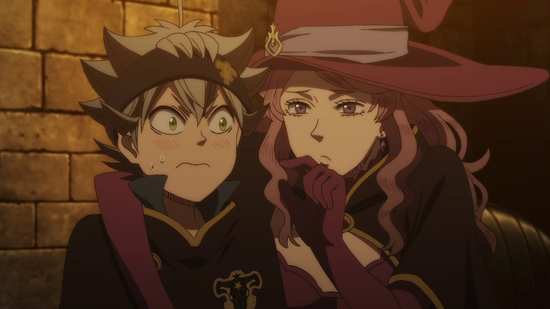 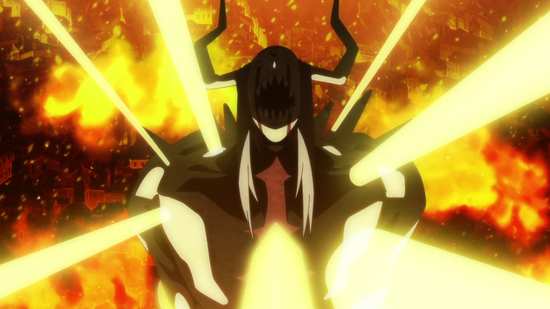 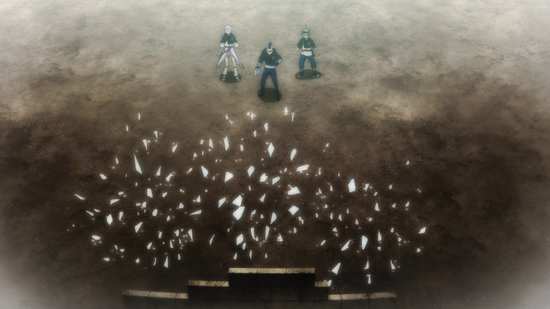 9 episodes are presented across 2 Blu-rays from Manga Entertainment as follows. Funimation’s release of Part 1 was a combo release, but Manga have released the BD and the DVD collection of Part 2 separately.

Disc 2
18. Memories of You
19. Destruction and Salvation 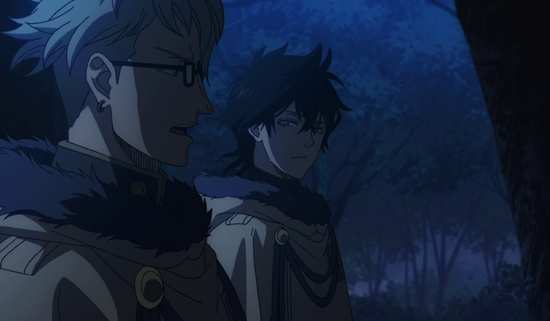 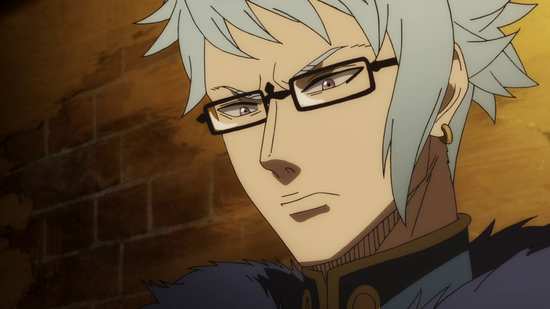 I gave another episode a try in Japanese, and unfortunately (fortunately?) the character of Asta was unconscious for half the episode, and groggy for the other half, so I couldn’t really tell if the screeching had been toned down. 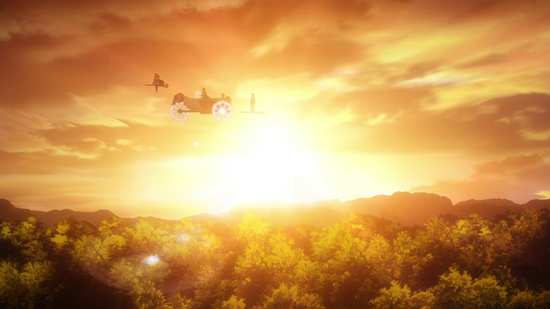 Disc 1 has an audio commentary on the twelfth episode from Aaron Roberts (Klaus), and Rob McCollum (The Wizard King), and Garret Storms (Sekke).

There is also an audio commentary on episode 15 with ADR Director Cris George, Dallas Reid (Asta), and Justin Briner (Luck).

Disc 2 has more than the usual extras on a Funimation/Crunchyroll disc. 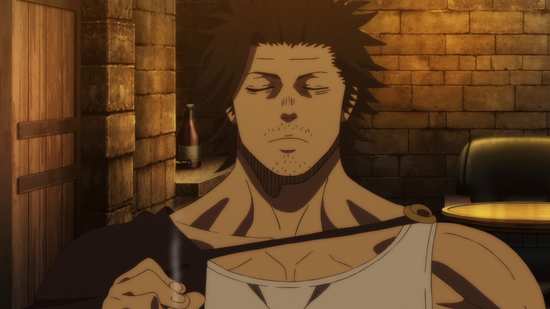 Clover Clips Special Edition lasts 6:37, and offers more in the form of short and funny; extended versions of the mini-animations at the end of each episode.

Inside the Episode offers 3 featurettes covering the episodes 10-18 running to 3:09, 3:09, and 2:58 respectively. The Black Clover Highlights Episodes offer some behind the scenes looks at the dub actors, as well as a little social media commentary as emojis litter the screen. 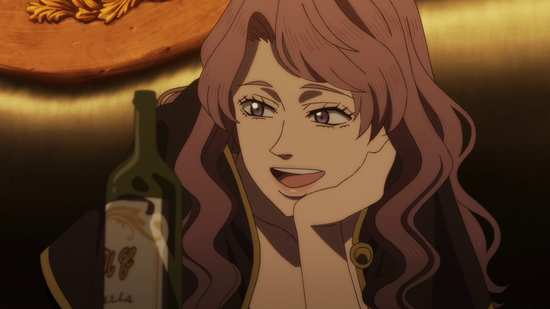 Black Clover starts to find its feet in this collection of episodes; or rather it finds someone else’s feet, as the major story arc in this boxset lifts a plot point from Magi: The Labyrinth of Magic. It’s not such a big deal as it pans out in a different way, but the similarity is noteworthy. But once again, I have to say that judging a long running series of this nature on the strength of the first few episodes is pretty unrepresentative. It took Naruto up until the Chunin Exam arc to really give an indication of its direction of travel, while for Bleach, it was the end of the Soul Society Arc that revealed what its tale was all about. That’s about 60 episodes, and the same is true for shows like One Piece and Fairy Tail. 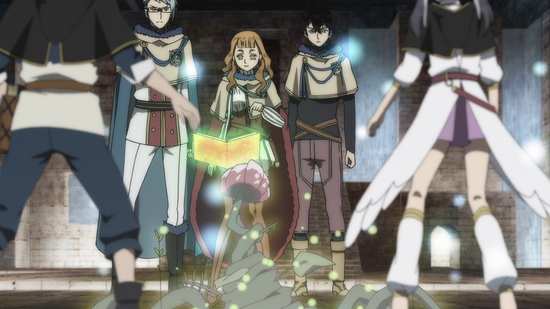 About now, Black Clover is in the process of introducing and developing its characters, building up the world, and getting the major plot arcs in motion, even though we won’t know for some time which will be important, and which are just disposable. For example, in this collection, we might just have found the Gaara equivalent, the ruthless villain who by bonding with the hero through mortal combat will eventually turn into his strongest ally (All of Goku’s friends in the Dragon Ball franchise fit that description). 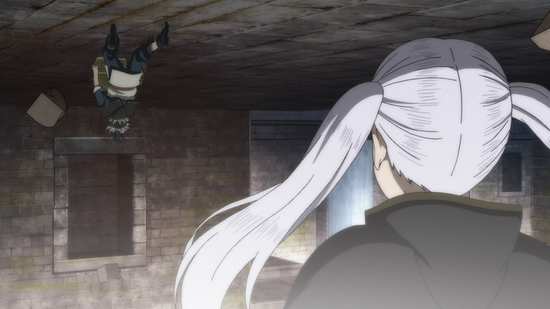 Leading on from the previous collection, we continue to follow Asta as he keeps on training with the Black Bulls Magic Knights, and we keep an eye on Yuno doing the same with the Golden Dawn. Their previous escapades have caught the attention of The Wizard King, and as this collection begins, he decides to test them further, giving Asta a challenge during his day off, then Yuno has an escort mission which takes him into trouble, and gives him cause to revisit the orphanage. Both these incidents earn them credit in the Wizard King’s eyes, and it also earns them a more serious mission. 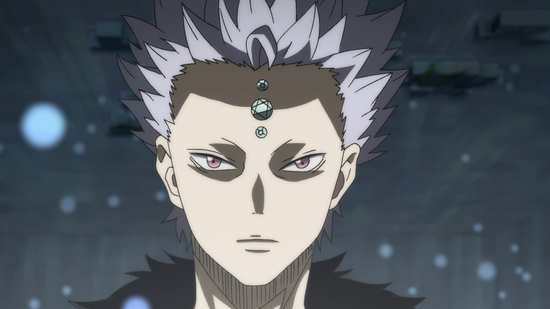 For a magic dungeon has appeared, and it’s up to the Magic Knights to plunder that dungeon for magical treasures, avoiding the traps. The Wizard King assigns Yuno along with Klaus and Mimosa of the Golden Dawn to the mission. But he also assigns Asta, Noelle, and Luck of the Black Bulls, so the rivalry is immediately expressed between the two groups. To make matters worse, Diamond Mages from a neighbouring kingdom have also entered the dungeon, and they challenge the Magic Knights for the treasure. So Asta and Yuno’s respective teams wind up having to work together. 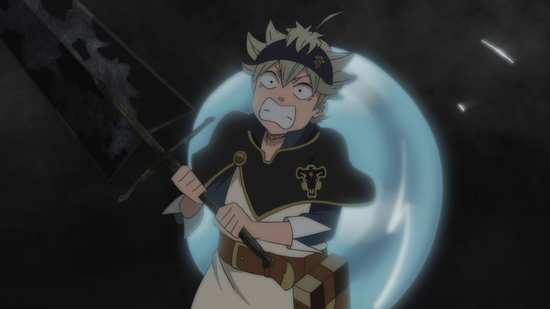 It’s odd that Black Clover is getting this kind of treatment, smaller volumes than usual, 10 and 9 episodes apiece so far, as it’s hardly the pinnacle of its oversubscribed genre. At this point it’s better than Bleach, but that’s hardly a ringing endorsement. It is yet to make an impact that challenges the likes of Naruto or One Piece or Fairy Tail, let alone something like My Hero Academia. For me, Black Clover is the new D. Gray Man. Once it’s playing, nothing’s motivating me to turn it off, and it is entertaining, in English, but the only reason it’s on my TV to begin with is because I have to review it.